I hate to rag on any particular manufacturer or brand (except for Lincoln…what is Ford thinking?!?!), but one of the 21st century disappointments has to be Mitsubishi.  Lets look at their 2015 lineup and match them up with one of the Seven Dwarves from Snow White.  Mirage — Grumpy; Outlander– Sleepy; Outlander Sport — Bashful; Lancer — Sneezy; iMiev — Dopey; Lancer Evo — Happy.  Where’s Doc?  How did the product planners miss the most important of all the Dwarves, and they are going to cancel Happy after 2015 with no planned replacement.  How can they survive the next decade without making any noteworthy automobiles?  This wasn’t always the case, and for a while Mitsubishi built some insanely complicated, but notoriously fast machines, like the 3000GT VR-4 — and guess what? You can buy a used one for cheap.  Find this 1993 Mitsubishi 3000GT VR-4 Twin Turbo offered for $10,000 in Amherst, MA via craigslist. Tip from Jdah. 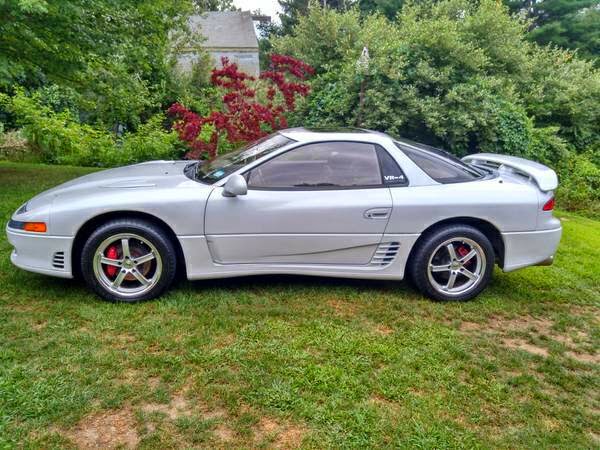 Back in the 1990s, Nissan built the turbocharged 300ZX and Skyline GT-R, Honda had the superb handling
NSX, Mazda the rotary screaming RX-7, Subaru built the funky SVX, and
even Toyota got in the ring with the bulletproof Supra, but the 3000 GT
VR-4 was special…different…a Miley Cirus in the the Barbershop quartet.  The 3000 GT dared to be different, it was randomly putting power to the front wheels, steering with its rear wheels, or shaving its head and swinging around on wrecking balls totally-butt-nekkid. 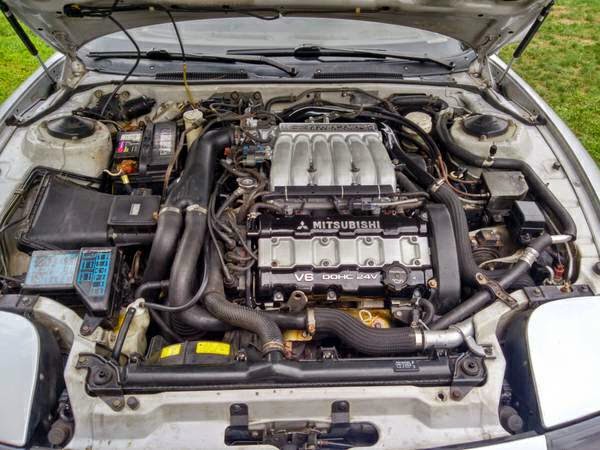 Under the hood is a technological tour-de-force for 1993 — the 6G72 V6
was turbocharged and intercooled from the factory to produce 300
horespower and 315 ft-lbs of torque.  It is refreshing to see a 3000 GT with stock engine bay, even the original air filter housing is intact. 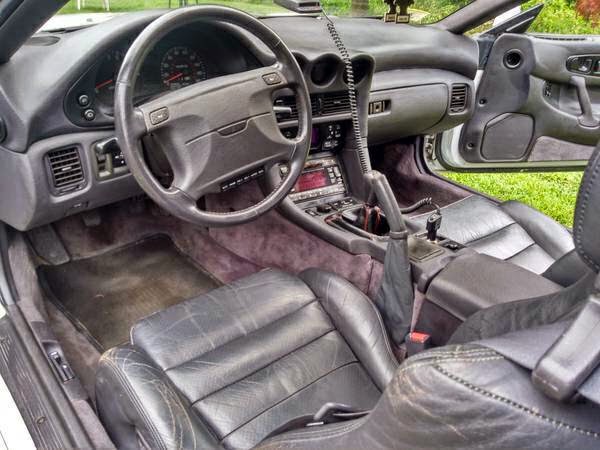 The seller claims only 96k miles on the odometer, but these seats look like they’ve been to hell Detroit and back again.   Since this is a 1993 model, it uses the earlier 5-speed manual gearbox (post 1994 VR-4s got a 6-spd) and power goes to all four wheels. 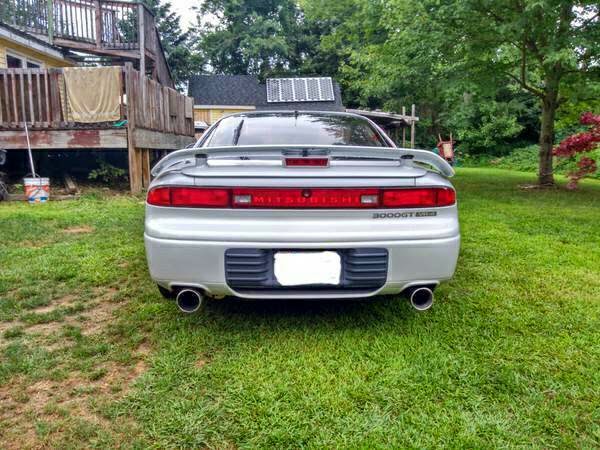 Does that exhaust look stock to you?  See another VR-4 for cheap? Send it here: tips@dailyturismo.com