The pages of Daily Turismo may seem to be infested with the Volvo 1800ES like Jeff Daniels’ barn was infested with androgynous Venezuelan death spiders in the 1990 film Arachnophobia, but there’s a good reason for the infestation around these parts. Unlike those 8-legged bloodsuckers, the 1800ES can give you some thrills without stinging your wallet too hard or draining your body of all vital fluids.  When a reasonably priced one pops up we just have to share. Find this 1973 Volvo 1800ES with a claimed 45k miles for sale on the Oregon coast for $7900 via craigslist. 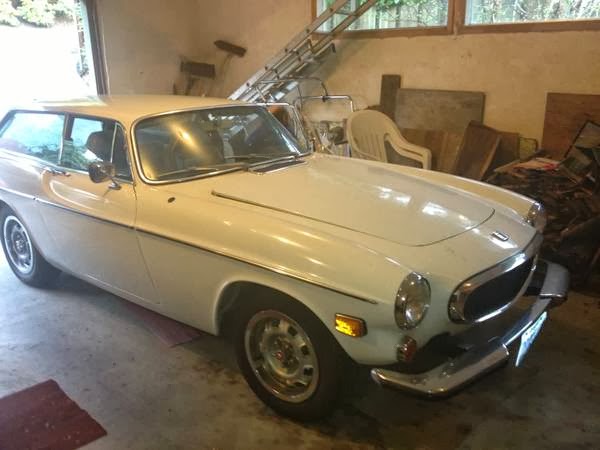 If you’re not the biggest fan of Volvos, 2-door sporty wagons, or just don’t understand the appeal of these cars – by all means speak up – just don’t call John Goodman to exterminate them. It’s my opinion (and that of many DT regulars, I believe) that the 1800ES represents a sweet spot in the Venn diagram of Daily Turismos. The sets being Affordability, Uniqueness, Good Looks, Fun to Drive, Practicality, and Ease of Maintenance. The intersection ∩ being 1800ES. 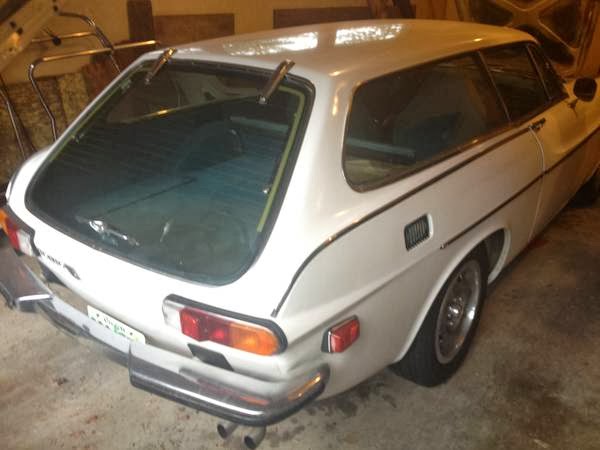 Not much information is given by the seller of this particular Schneewittchensarg except that it has been repainted once, has a manual transmission (actually 4-speed plus overdrive), it’s “very clean” and has 45,000 original miles on the clock. If the mileage claim is true it represents usage of around 1100 miles per year average – uncommon but not preposterous. 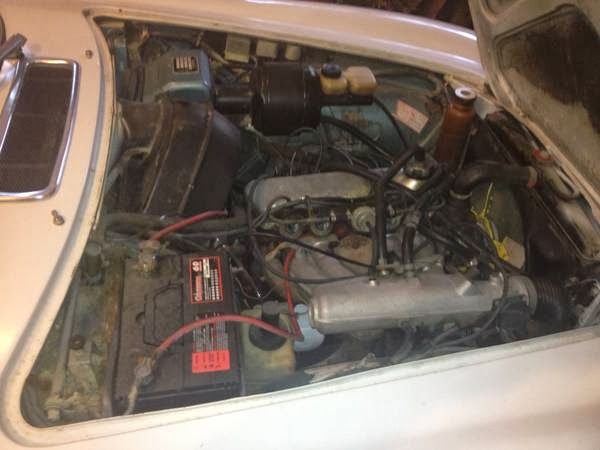 The engine bay needs some attention, but let that be a point of negotiation. Looks like the original color was the icy blue still visible on the inner fenders and pedal box. 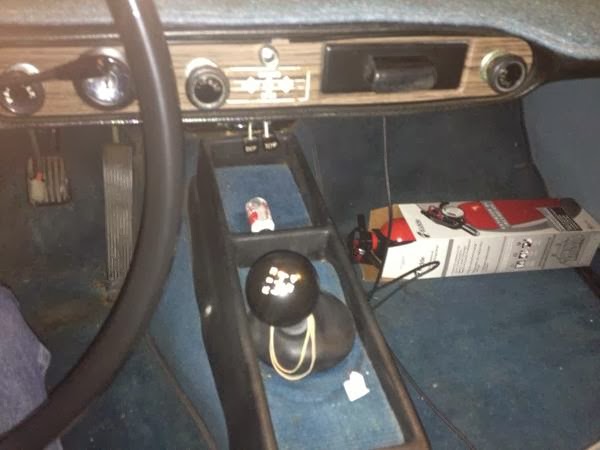 This has to be one of the worst interior pictures I’ve seen on craigslist, except for what can be gleaned from it. Yep – looks like a manual trans; the 4-speed plus reverse pattern on the knob indicates it’s the M41 which has a separate electric overdrive that’s engaged elsewhere. We also learn that the seller is at least a bit conscious of fire safety and collects rubber bands. There are some loose wires dangling under the dash and the carpet needs refreshing. Who knows – there could be a giant tarantula sitting on the back seat – but this ad seems like the work of a seller who isn’t trying to extract every last dollar from the sale. A boon for DT readers and Volvophiles. Have at it!


See a better deal on wheels? email us here: tips@dailyturismo.com