The Oldsmobile 88 was a full sized car sold by General Motors in a stunning 50 year production history that started in in the wake of World War II and ended just before Y2K.  The fifth generation Olds 88 was built on GM’s B-body platform that included big sedans like the Chevrolet Bel AirImpala, Buick LeSabreInvictaWildcat, and Pontiac ParisienneCatalinaLaurentianBonneville.  Today, the Olds 88 makes a great classic cruiser without breaking the bank, even in big-block convertible form. Find this 1962 Oldsmobile Dynamic 88 Convertible offered for $10,500 near Seattle, WA via craigslist.  Tip from FuelTruck. 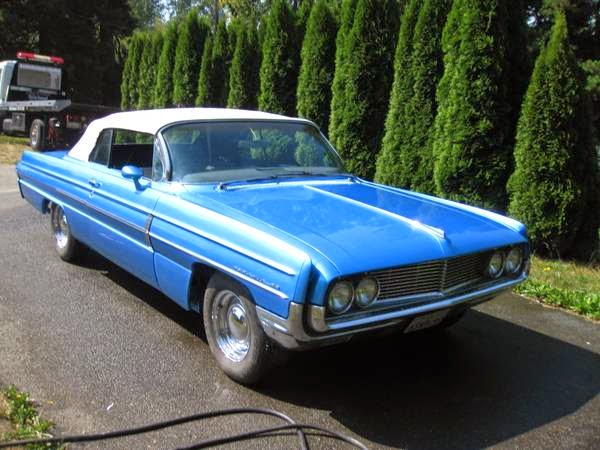 The combination of 455 cubic inch big block power, 4-speed gearbox and rag-top is usually a recipe for overpriced shenanigans, but in this case the car is offered for a small box of cash that almost anyone could pull together. 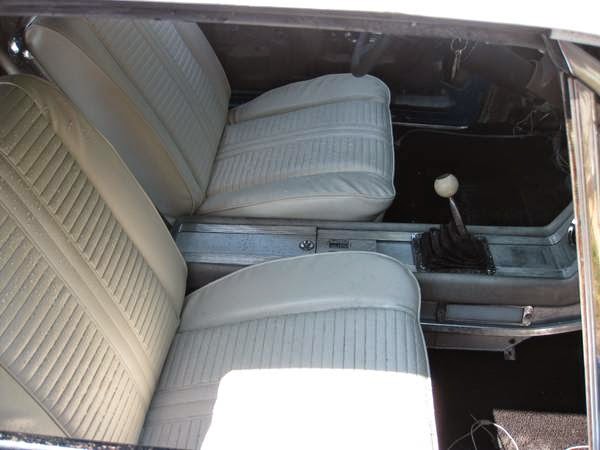 The seller admits that this car needs some work, and the seller describes it as 80% complete.  That seems pessimistic, since cars painted in bondo have been described as such, but this one just needs a few small finishing touches to be ready for cruising.  The non original 455 cubic inch V8 should be great for dual stripe pavement painting duties and should put out more power than the 330, 345 or 394 V8s available when new. 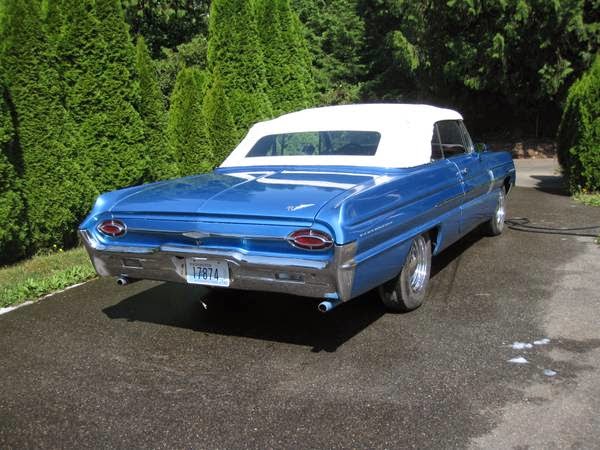 See a better way to cruise with an open top and big-block power for less? tips@dailyturismo.com