Behold, the Porsche 914 — letting poor people enjoy automotive bliss for decades.  The working man’s Carrera, for Camry money.  We here at the Daily Turismo might be on the 914 Club of America hate list for the hit piece published last year (and subsequent retraction), but I’m not just whistlin’ Dixie when I say that the 914 is a fantastic classic traded for reasonable prices.  Find this 1972 Porsche 914-6

currently bidding for $6,556 reserve-not-met on ebay with 2 days to go, located in Orangeburg, SC. 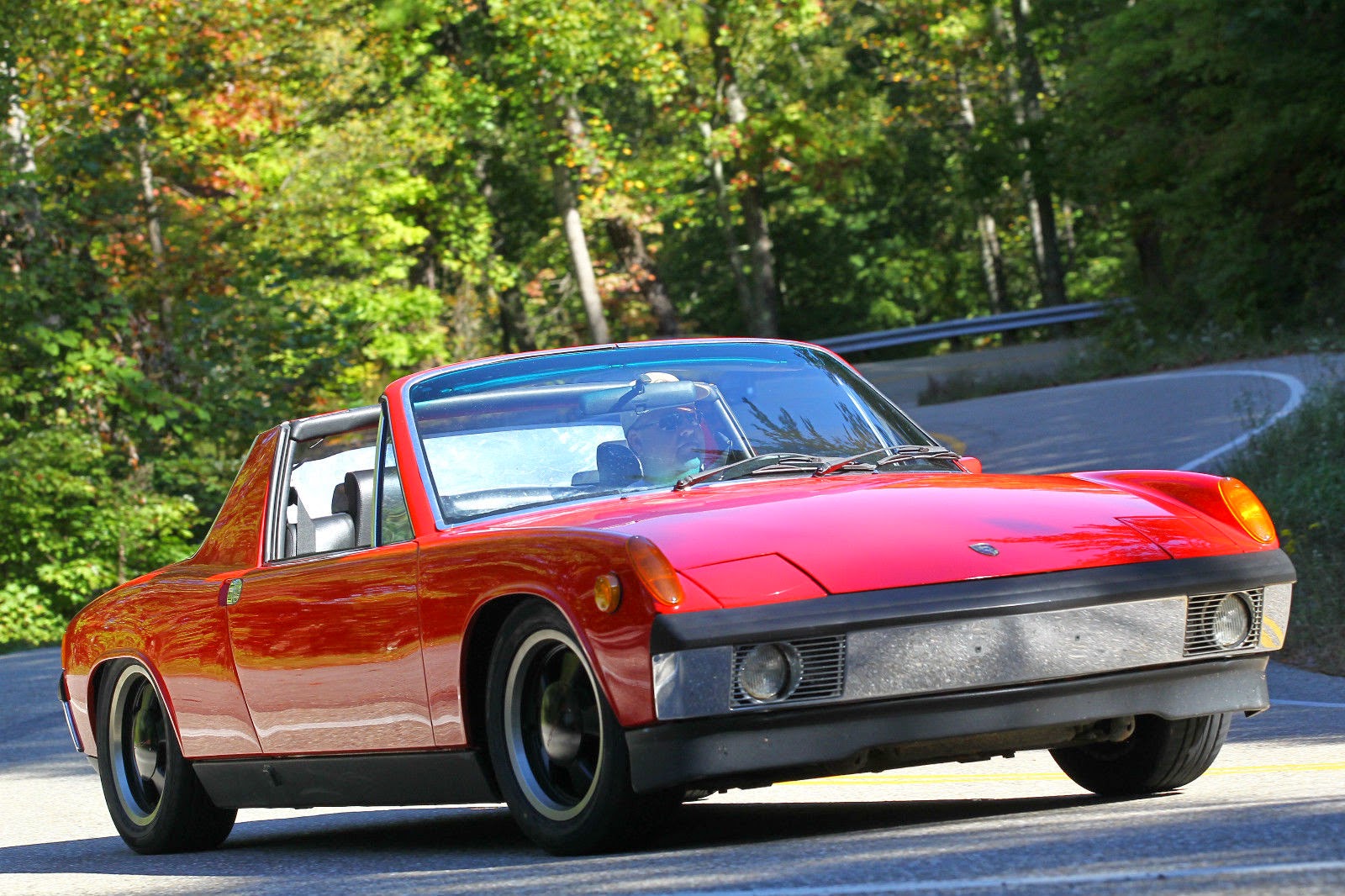 Great car, detailed ad, but the seller makes one rookie mistake.  Never put a picture of anyone driving the car in an advertisement.   I don’t know why this is a rule of car sales, but the best explanation I’ve heard that you want the buyer to picture himself in the car and imagine that it just sat lounging in a pool of heated carnauba wax instead of being thrashed around the back roads.  Put it this way; would you be interested in a chick on eharmony if she had pics of her previous boyfriend(s) in her profile? No!  The same goes with this babe — you wouldn’t want to imagine some old dude’s fat sweaty mitts caressing the steering wheel, banging the shifter and poking his head up in the undercarriage — any more than you want to shine a black light around a hotel room.  It’s just common sense. 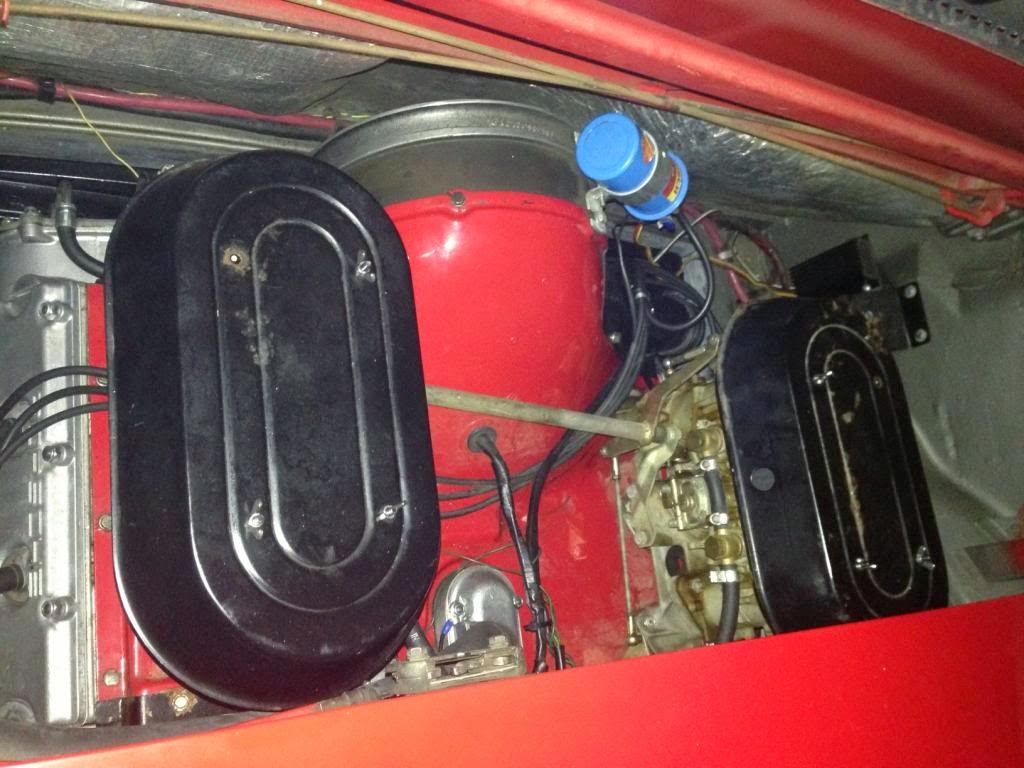 Regardless, this 914 has had its original VW descended flat-4  tossed in favor of a Porsche aircooled flat-6 from a 1965 911.  The 2.0 liter engine has been upsized to 2.2 liters with pistons/jugs from a later Porsche and should be good for a few ponies more than the original 130 hp rating.  The seller included a link with original build and swap pictures here. 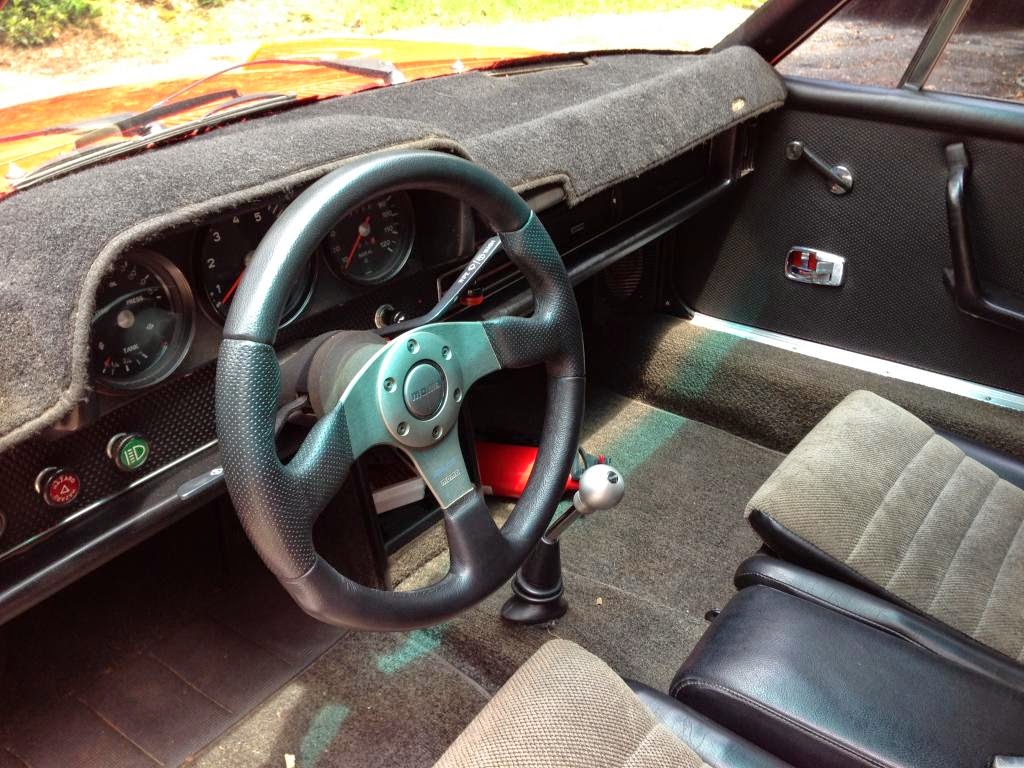 The interior has a few tricks inside — including a 911 tachometer and a trick triple gauge setup that shows oil pressure, oil temp and fuel level in one pod.  Everything else looks decent, although it would be nice to see what lives under that dash mat. 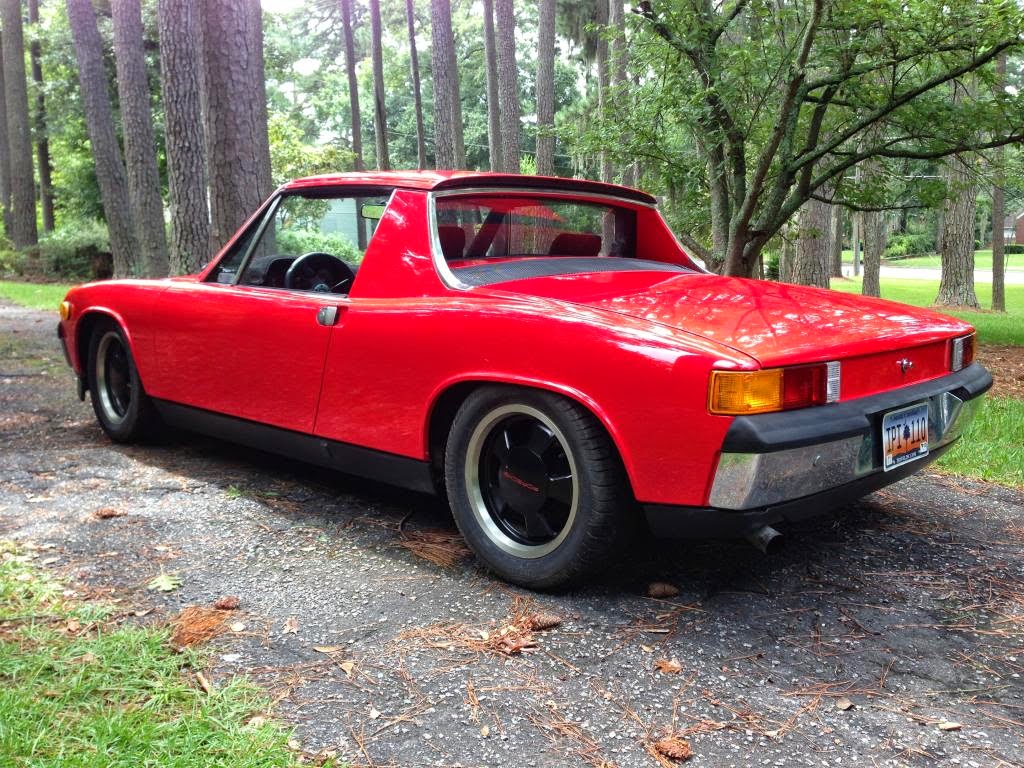