The AMC Javelin was the pony car offering from the always different guys in Kenosha, WI and it competed against groundbreaking Mustang/Cougar, ever popular Camaro/Firebird, and widebody Challenger/Barracuda.  The Javelin was the Crystal Pepsi of the pony car golden era – not a complete failure but it offered AMC’s unique approach on the pony car formula – many were interested but few ever purchased one new.  Today the Javelin is one of the cheaper and rarer of the “original” pony cars and worth a second look.  Find this 1974 AMC Javelin SST for sale in Los Angeles, CA for $7,500 Buy It Now on ebay.  Tip from Rod S. 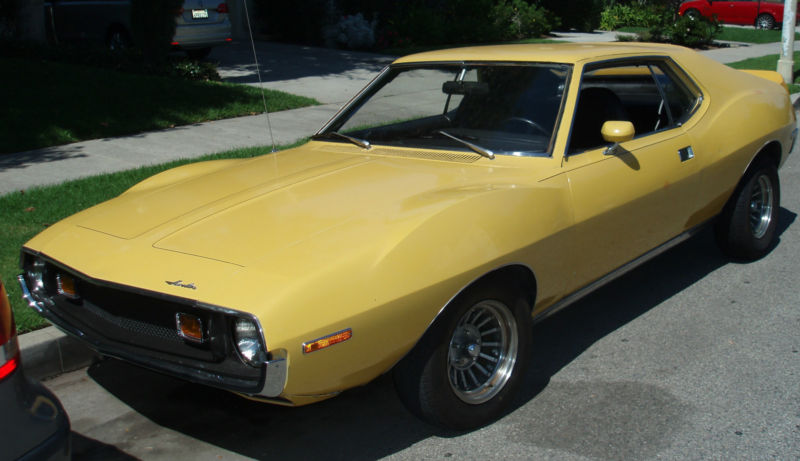 The SST package was a premium option package, similar to Ford’s Mach 1 option for the Mustang, and it added some interior accoutrements, an upgraded engine and external badges.  This Javelin is powered by AMC’s 360 cubic inch (5.9 liter) pushrod V8 that put out 220 horsepower when new and should be great for burnouts. 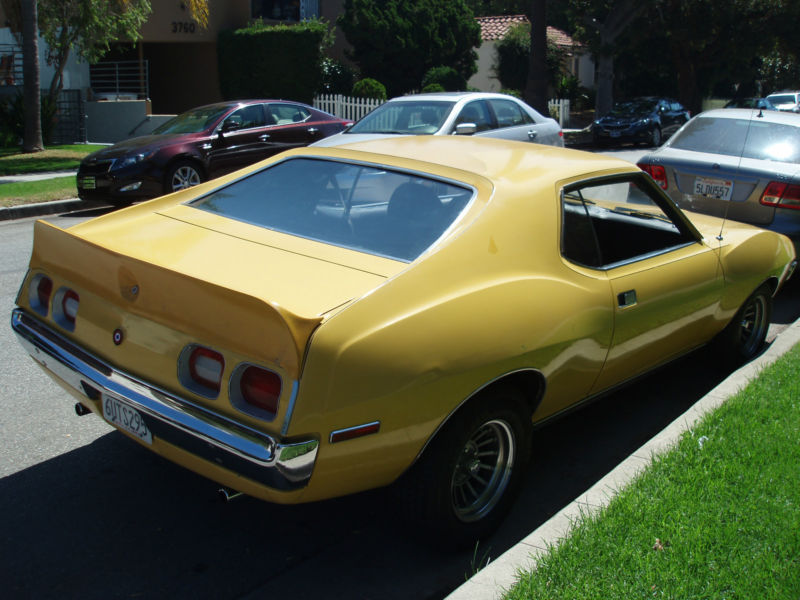