The Chevy II was introduced in 1962 as GM’s competitor to the compact Ford Falcon and eventually assumed the name Nova in 1969.  The II/Nova was never designed to be a revolutionary car like the rear air-cooled engined Corvair and instead was a bare bones 18 month concept-to-showroom front engine rear drive compact that appealed more to mainstream conservative buyers in the mid 60s.  Today, the first generation Nova is reasonably affordable and high production numbers mean you can find one in various condition for every budget…like a crazy tire shredding wagon for about $10k.  Find this 1965 Chevy Nova Wagon 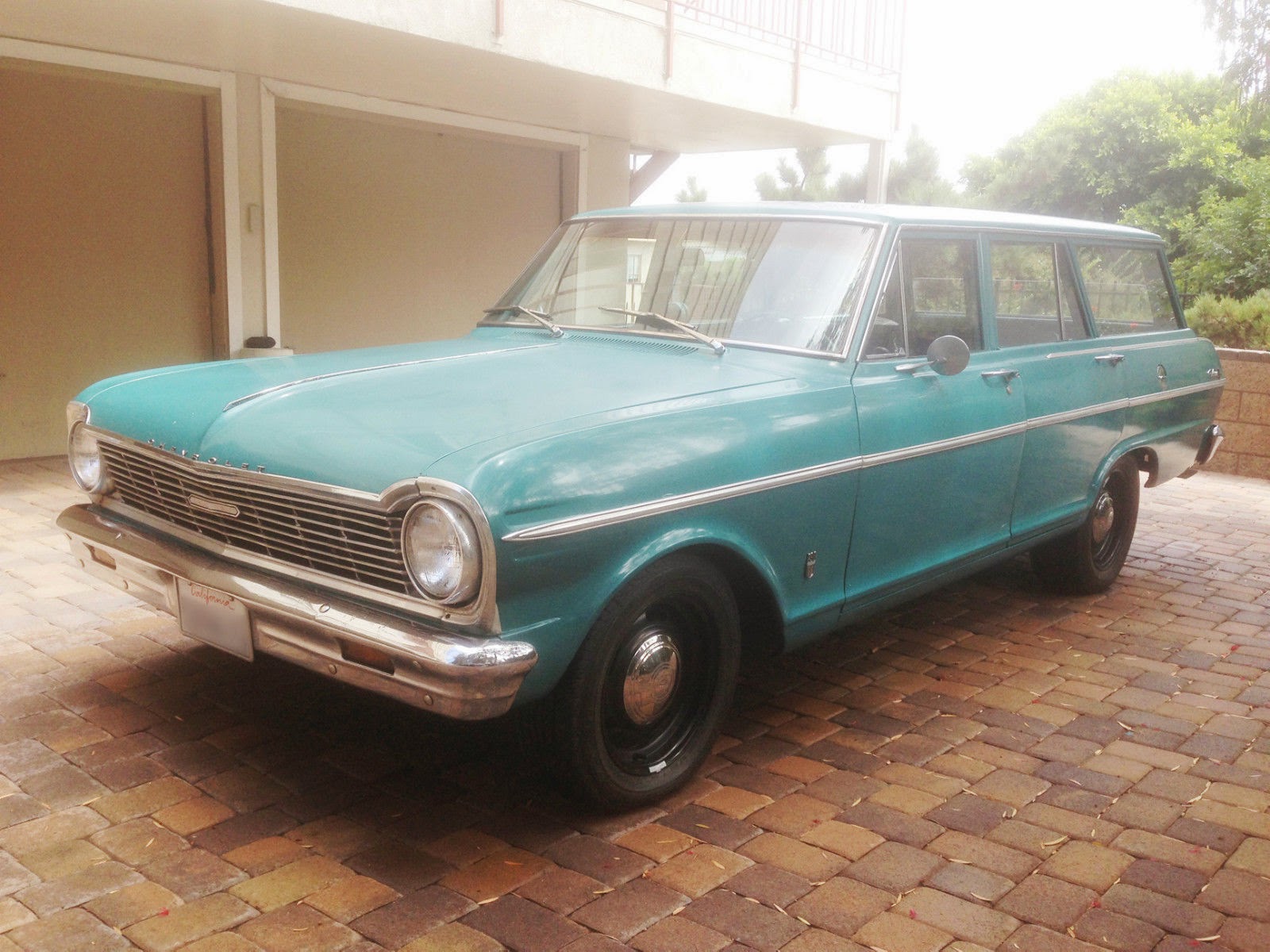 The engine options for the Nova were limited in the first few years, an inline-4 and a few inline-6s.  In 1964 the first V8 was introduced and finally in 1965 the 327cubic inch engine from the Corvette with 300 horsepower was added as an option, giving the Nova a fighting chance against HiPo Mustangs at the strip.  This Nova wagon looks good in the pictures, but the seller describes a few rust patches and paint issues that merit an in person inspection. 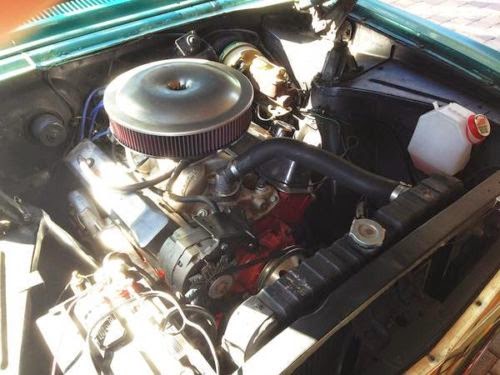 No word on which engine originally came in this car, but being a wagon it was probably an inline-6.  Today it is powered by a 355 cubic inch small block Chevy V8 with all manner of bolt-on and bolt-in performance upgrades.  The seller claims it made 387 horsepower and 400 ft-lbs of torque at the flywheel on a dyno – decent numbers for a massaged V8, but believable. 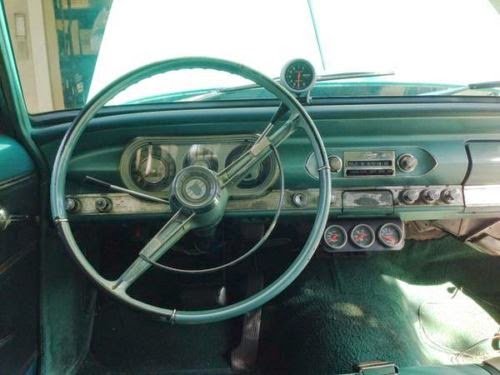 Of course we’d prefer to see 3 pedals in something like this, but the point-and-shoot aspects of a fast shifting automatic transmission matched with a docile nature could lead to a car you could let your wife drive during the week while you tear up the roads on the weekends.  Sort of an old school approach to something like the Porsche Cayman Turbo S.  Good for kids! 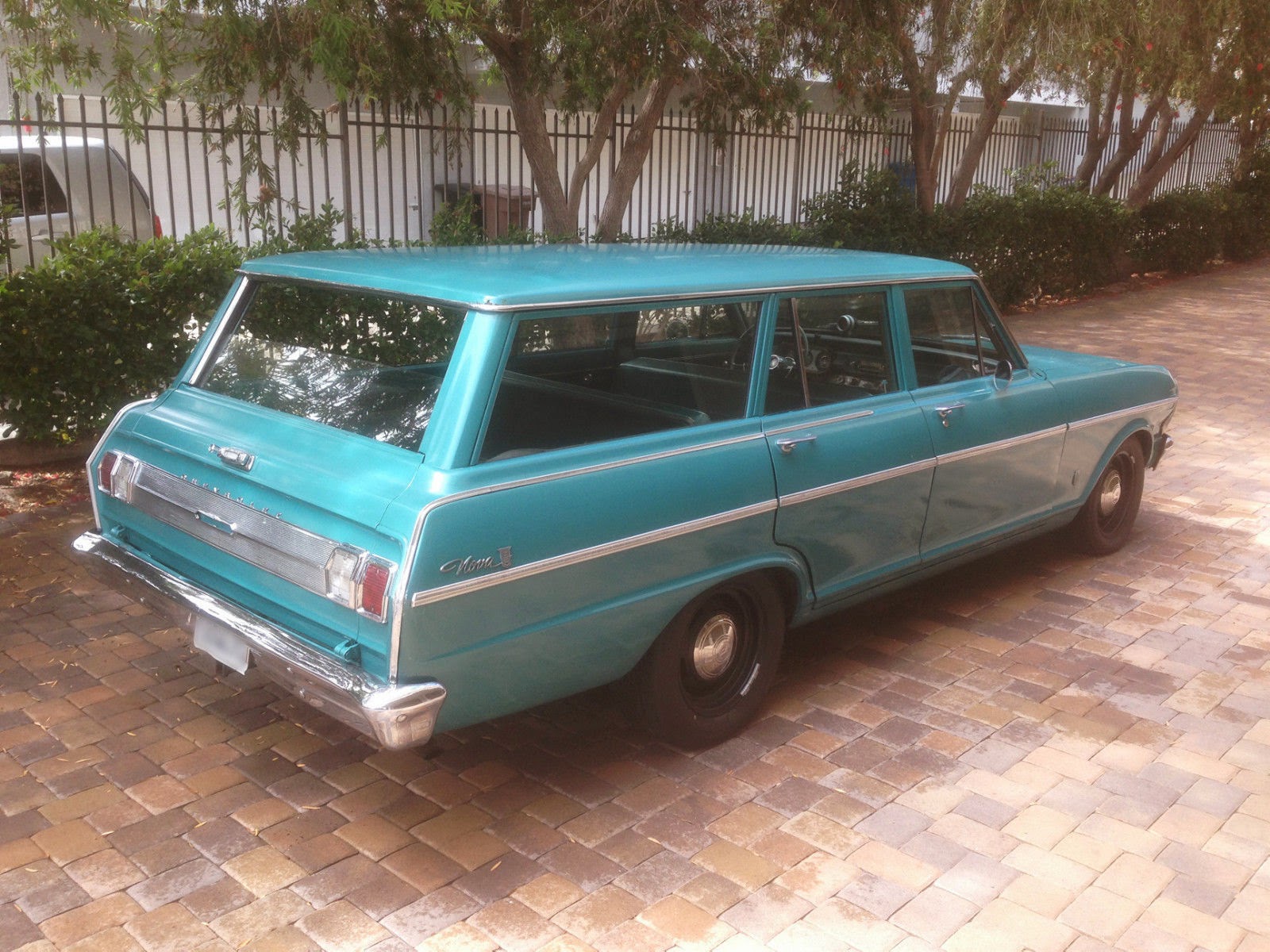 See a better deal on a V8 powered wagon?  tips@dailyturismo.com

10k: Canadian Military Pattern: 1943 Chevrolet CMP Heavy Utiliy Machine ZL-1 What Was The Last Car To Have A 4-Speed Manual?