The Acura TSX is based on the European Honda Accord – and is the spiritual successor to the Acura Integra.  This 2004 TSX
is located at a dealer in Anaheim, CA at an asking price of $11499 (via
craigslist).  We normally don’t recommend buying from a dealer
(especially the small car lot places with the salesman who has fat hairy
fingers)- but the 6 speed manual trans car are difficult to find and
this one looks clean for a reasonable price. 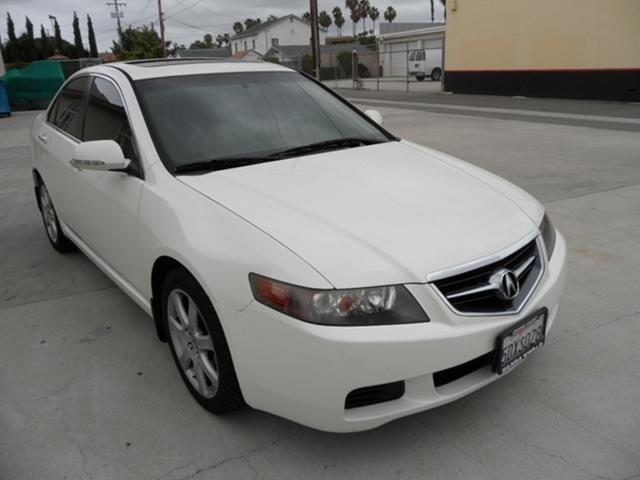 Front wheel drive cars are not very popular with the editors at the dailyturismo – but slick 6 speed manual transmissions and free revving engines wrapped in stylish but subdued sheet metal are!  Think of this car as a ram in sheeps clothing – its no lion, but the fluffy white exterior hides some fantastic engineering and a well assembled package with horns. 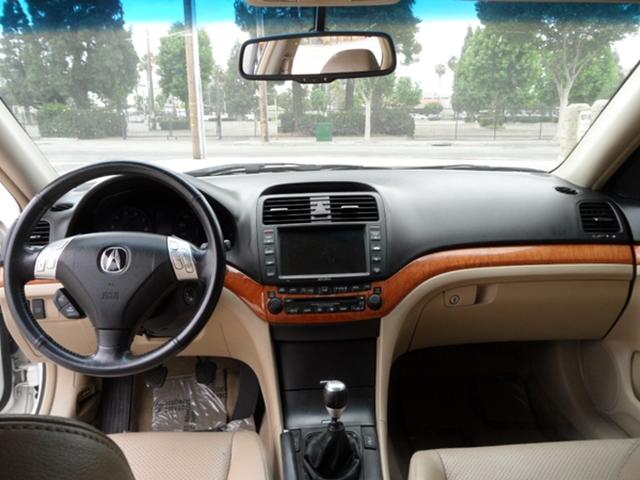 The TSX is powered by the K24A2 2.4 liter inline 4 cylinder aluminum alloy engine putting out 200 horsepower and 166 ft-lbs of torque. It delivers its maximum power at almost 7000 rpm for that “vtec” just kicked in yo!” feeling and is attached to one of the best 6 speed shifters in the business.  Honda spends more time on its shifters than Chevy spends designing headrests for mullets – and it shows.  Clutch feel is perfect and shifter engagement is tight and slick with just a hint of notchy-ness. 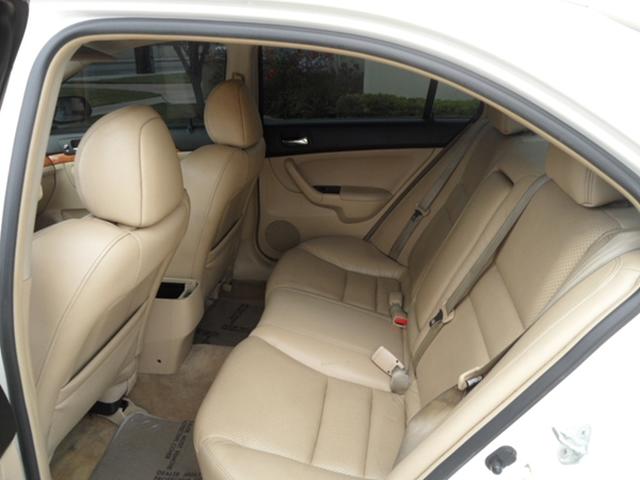 The interior is a highlight in the TSX – way nicer than the crap coming from BMW/Mercedes in similar low end luxury cars and on par or better than anything Audi offered in the same year.  However, it differs critically from an Audi in that buttons and switches still function after 50k miles and the rubberized plastic paint doesn’t peel off like sunburned flesh.  We aren’t big fans of the wood trim or the light tan color in this particular car – but combined with the heat reflecting white exterior it would be nice for those living in hot places like Phoenix, Dallas or the 3rd/4th circles of hell. 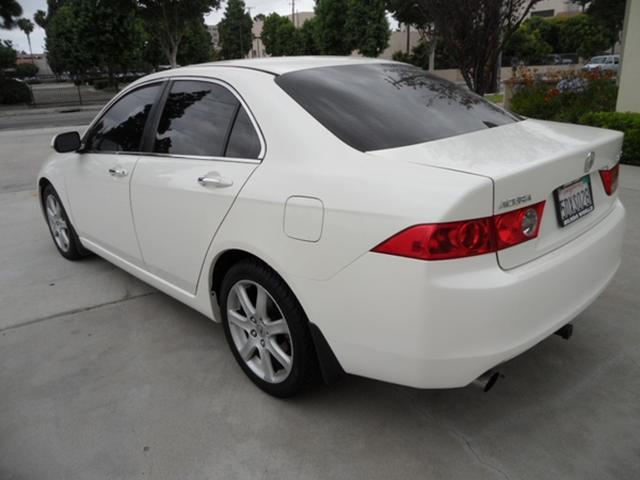 In the end its hard to find a nicer looking, better equipped, more reliable, manual transmission luxury car for the same price, but can you forgive the FAIL-wheel-drive?  Does 4 years of touring car championships help?

See another luxury car that is better?  email us here:  dailyturismo@gmail.com