The
Nissan Z was introduced in 1969 as a lightweight, simple sports car
(the 240Z)- not a rocket in a straight line, but excellent in the
curves.  Unfortunately the Z car aged like Elvis – by the 1996 300ZX, it
was fat, bloated, sporting tremendous sideburns and giant gold
sunglasses – a far cry from the slim crooner it started out as and
rightfully discontinued.  Six years later a revival of the original spirit of
the Z came to reality with the 350Z.  This 2003 350Z is available in Lake Elsinore, CA and offered for $8500 via craigslist. 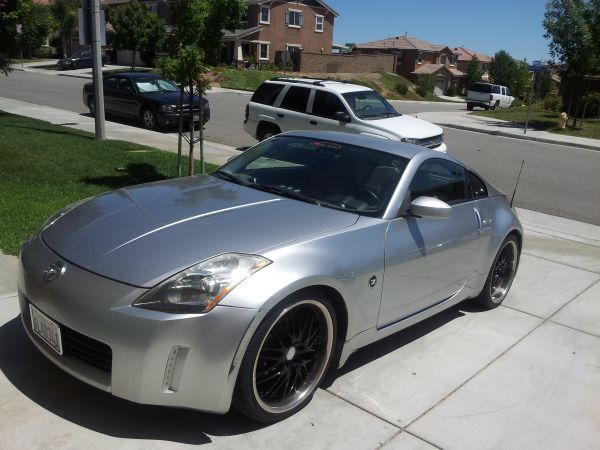 The 350Z was the product of a strange alliance between Renault and Nissan – the Franconese result was something like creme-brulee covered in wasabi — looks great, sounds good and packs a nice kick.  Plus is has all the right ingredients for a sports car: rear wheel drive, 6 speed manual trans and limit slip differential. 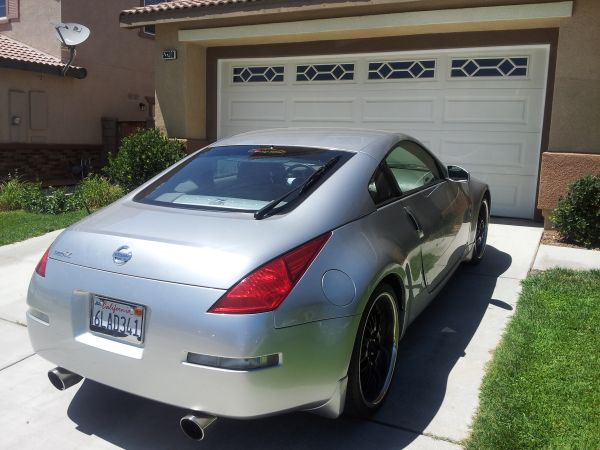 This 350 Z is powered by the VQ35DE a 3.5 liter DOHC V6 putting out 287 horsepower and 274 ft-lbs of torque – enough to propel the 3200 lb Z from 0-60 in the low 5 second range.  Like the King – the VQ35DE has a unique sound – one that tends to polarize its audience.  Some here at the dailyturismo love the loud gargly exhaust/intake sound and others describe it as a can of marbles being dragged along a chalkboard by a feral cat who is in his second week of bagpipe lessons… 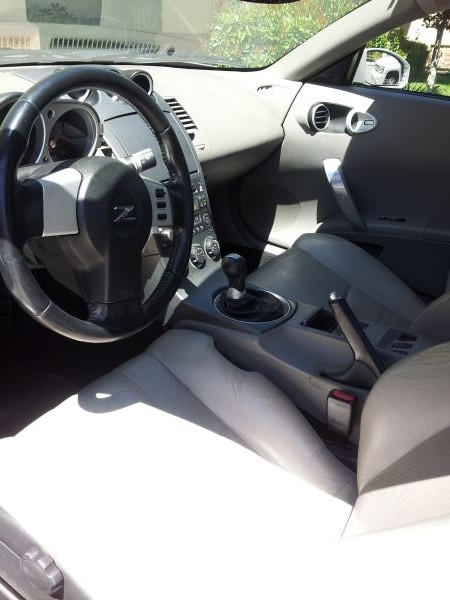 The interior of the early 350Zs (they fixed some of the issues in 2006) is typical low rent Japanese economy car grade plastics – but this one doesn’t look too bad given the 115k miles of commuting.  However, the stubby shifter in the Z is a pleasure to use and the steering is heavy and precise. 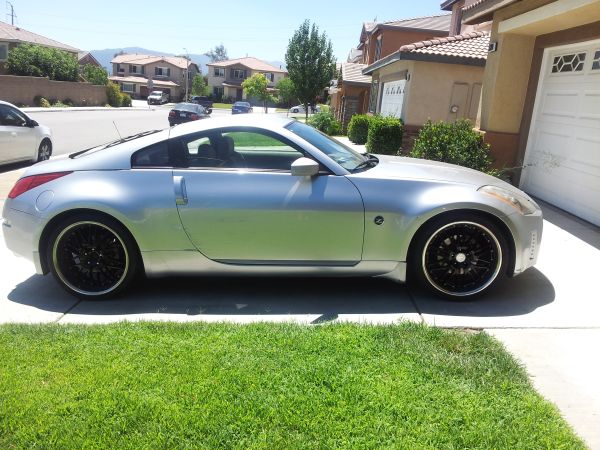 This example look stock other than aftermarket wheels, and is probably a ‘base’ model (other options were the enthusiast, performance, touring and track).

Has the Z left the building or are we witness to the return of the King?