In 1998 Ford released a new version of the small Ranger pickup, now in its 3rd generation.  Ford also produced a limited quantity of an electric version, which was basically a Ford Ranger XL 4X2 with an electric motor in the place of the gasoline inline 4, most were leased and later re-claimed by Ford and crushed because clearly the big three hate electric cars and are on the big oil payroll..more on that later. This 1998 Ford Ranger Electric somehow avoided the crusher and is now for sale in Apopka, FL currently bidding on ebay for $12,600 with a day to go. 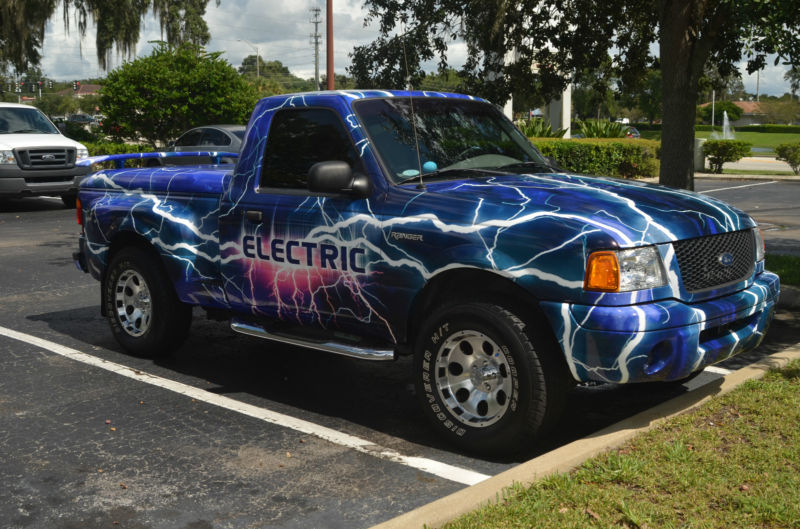 The Ford Ranger EV originally came from the factory looking like a standard Ranger, except for a charging port in the grill, a small electric sticker on the side and the lack of an exhaust pipe.  This Ranger has had a bit of customization, including the addition of Ranger Edge body kit pieces, a standard grill, a wing and a seriously gaudy vinyl wrap graphics package. 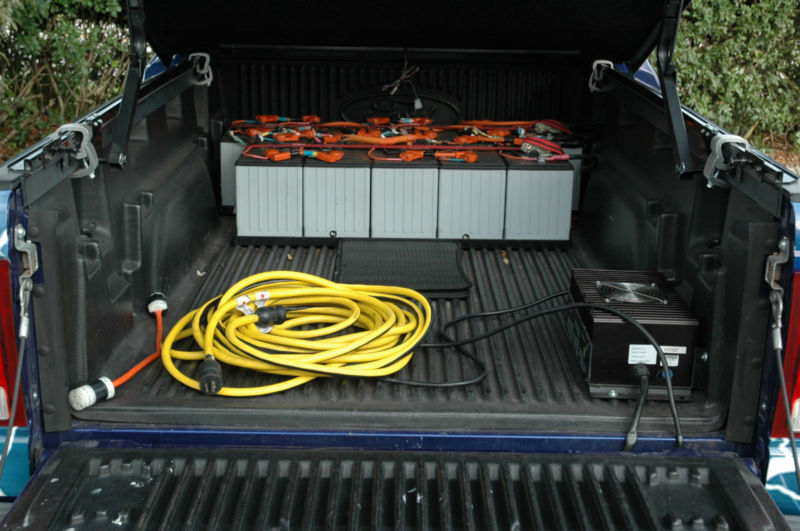 Originally the Ranger would have had a battery pack attached to the underside of the car, probably a 2000 lb lead-acid group that has long since lost its ability hold a charge – hence the addition of a bevy of SLA batteries in the trunk area.  According to internet legend, the Ranger EV has a range of 65 miles if you are really gentle on the gas pedal accelerator. 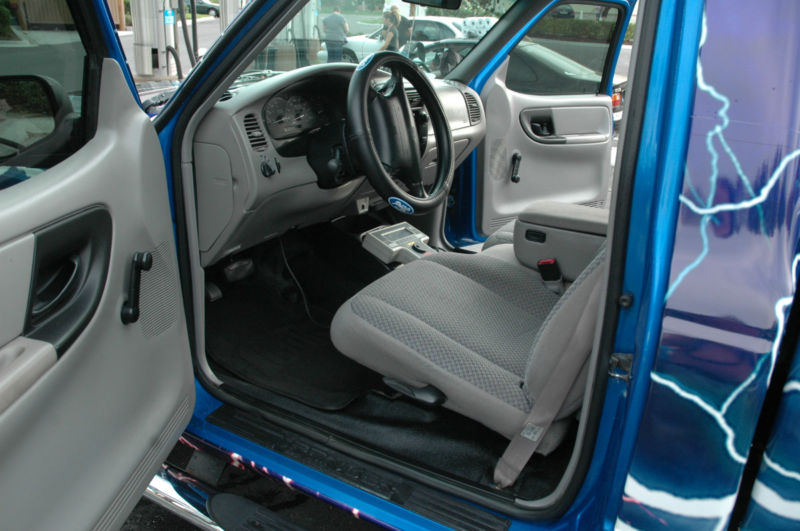 Inside this EV looks like new, probably because it spent most of the time at the Ford dealer getting all sorts of repairs.  Today is has 18k miles on the odometer and has some sort of contraption on the inside for measuring battery/motor performance. 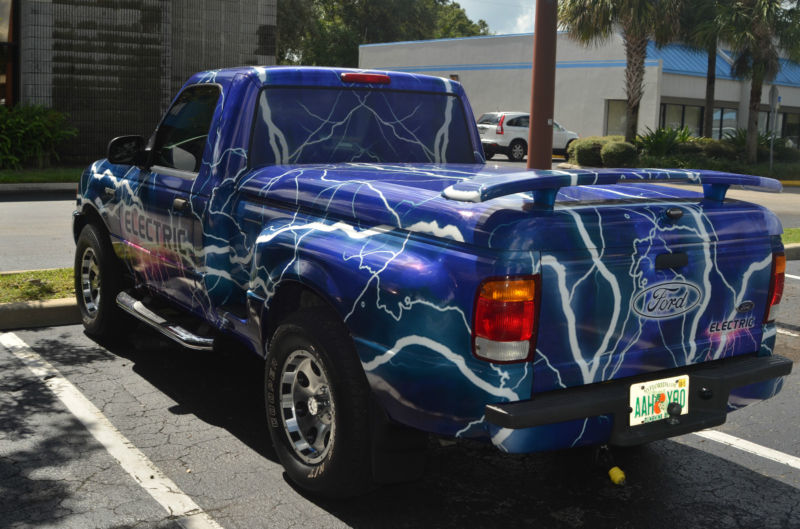 Bottom line; this would probably be a decent car for someone who wanted a pickup that is slow, can’t tow much, has a really short range, can only haul light stuff, like maybe someone who does once a day short-distance deliveries of bags of potato chips.  Truthfully, it will likely be purchased by an EV enthusiast and driven around town or to local car shows.