The Mercedes-Benz W126 was built from 1979-1992 as the range topping sedan (today it is called the S-Class) and was a particularly well built and comfortable car.  Today this 1987 Mercedes-Benz 420 SEL with 36k original owner miles is for sale on ebay for a by it now price of $9,995 in Omaha, NE. 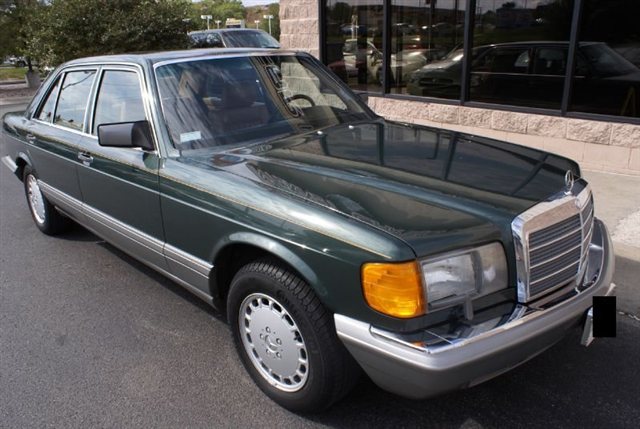 The W126 in long wheelbase configuration is a menacing German luxury sled built for wealthy New York bond traders. This is the car driven by Sherman McCoy in Tom Wolfe’s 1987 novel Bonfire of the Vanities; a fantastic piece of fiction about a bond trader who gets lost in a bad area of NYC and accidentally runs over a poor kid from the ghetto; mayhem, commotion, trials & racial tension ensue.  It should have made a good movie, but the casting of young Tom Hanks as Mr. McCoy, Melanie Griffith as his mistress and Bruce Willis as a reporter (we have a hard time believing Willis can read…much less write) doomed it to a box office flop.  The W126 was more like the print version of Bonfire as it was a fantastic commercial success with over 182,000 of the big Mercs rolling off the assembly lines to be purchased by real life wealthy bond traders. 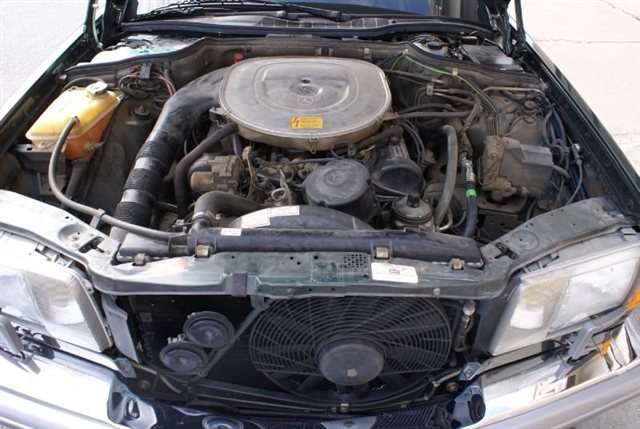 This 420 SEL is powered the M116 4.2 liter V8 putting out 221 horsepower and 240 ft-lbs of torque, all mated to a 4 speed automatic transmission.  The big Benz doesn’t drive like a Miata – but it’s not slow like a Panzer tank…think more like an M2 Bradley or HMMWV.  It has got enough torque to get to 60 mph in 8 seconds; not fast by modern standards, but it’ll let you merge safely on the freeway if you can afford the 1/2 gallon of gas, and these things are thirsty for dino juice.  It also has enough torque to get the car to do a bit of power-sliding – which can get you into trouble when fleeing Harlem – so be careful with your right foot as early traction control systems were not very good. 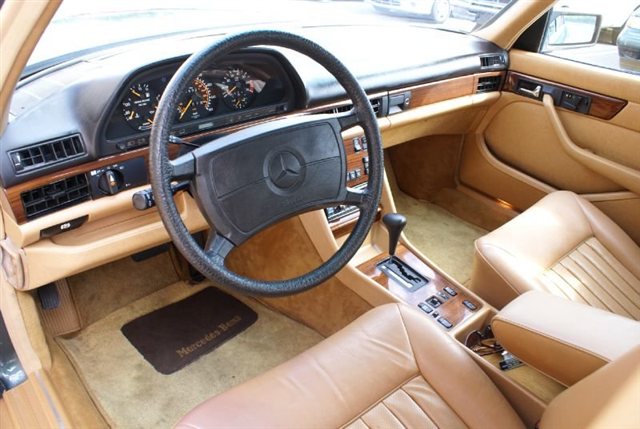 This W126 looks to be in great shape on the inside -which we expect because (a) the 80s MBZ were well known for having well wearing interiors and (b) this one only has 36k miles on the odo.  We hope that this Benz was just driven to the country club on weekends and didn’t sit in an impound lot for a few years while its owner was trying to make bail when he was wrongly accused of being the wheelman in a hit-and-run because most cars from this era don’t like to sit for long periods of time. 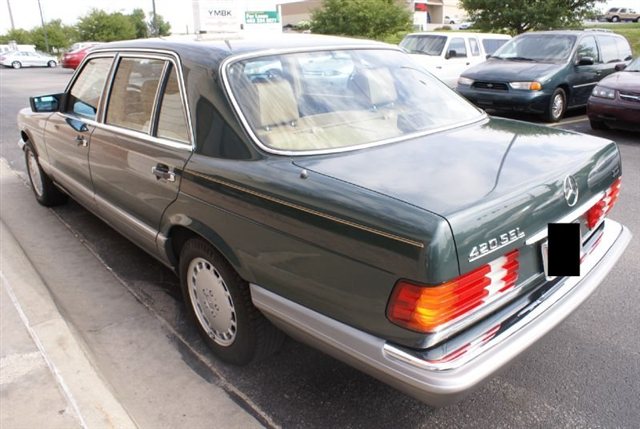 The original falò delle vanità was an event that took place the day before Ash Wednesday in 1497 as a way for religious faithful to rid their lives of items that would tempt them into sin…and surely a W126 SEL would have made it onto the wood pit.  Not only does it make you look good driving, but it’ll be difficult to not push it to autobahn speeds on the limited roads in the USA.  But is $10k too much to pay for this car?