The editors of the Daily Turismo feel that Batman has been getting entirely too much press – what with AMC Javelin based Batmobiles and all sorts of Horrorod’s dedicated to the caped crusader.  We want to feature some other comic book heros and think a Superman theme would be perfect.  This 1985 Buick LeSabre has been given a full Superman-theme donk treatment and is for sale in Denver, CO for $8500. 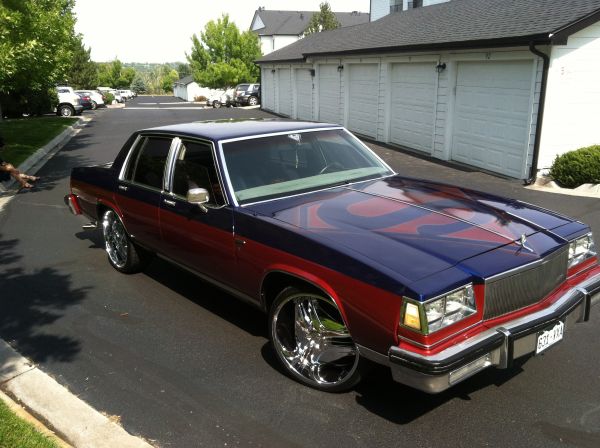 This car started life as a bespectacled Clark Kent – actually a Buick LeSabre – but has been exposed to a bit too much radioactive kryptonite.  Perhaps a bit more krylon, than kryptonite, but the owner has created a “donk”.  Sometimes also referred to as a “box” or “bubble” – but it is the same formula – put on the largest wheels you can find (22 inch in this case), raise the car a few inches and add an outrageous themed paint scheme with matching interior. 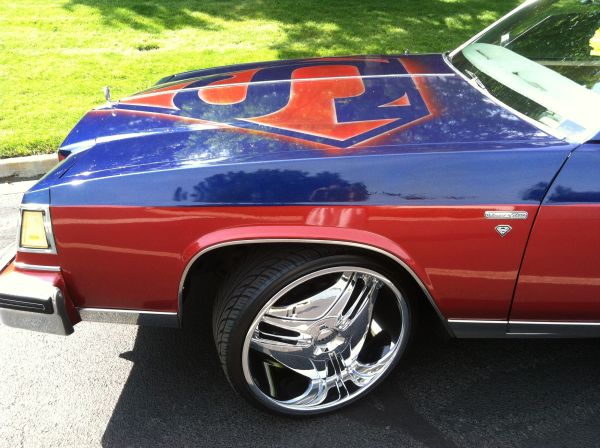 The transformation to the Man of Steel includes a blue/red paint scheme, huge Superman symbol airbrushed on hood and smaller Superman symbols adoring the sides and trunk. 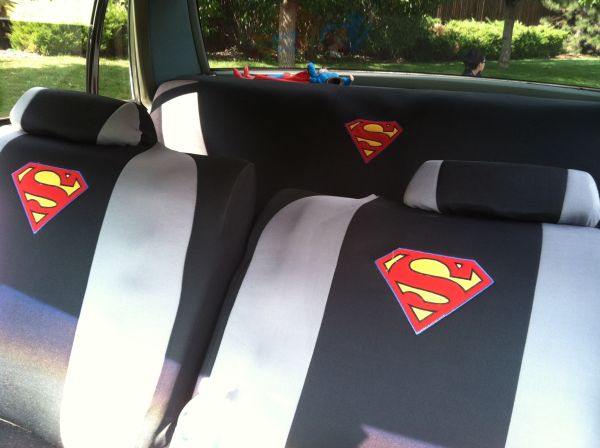 The inside of this donk has what looks like neoprene seat covers with embroidered Superman logos – tacky yes, but if you are going to go full donk – it should look ridonkulous.  The seller also mentions that it has the original wood grain dash but doesn’t include a photo. 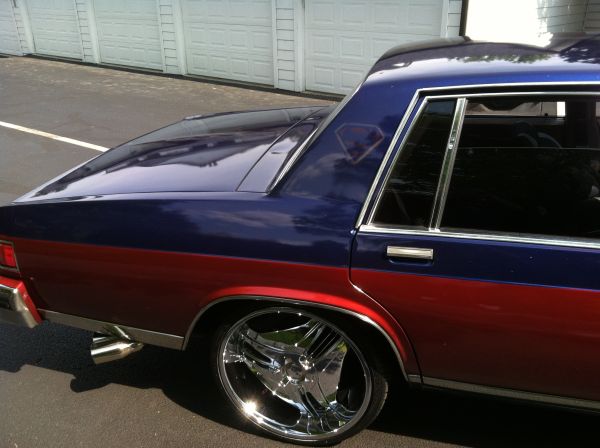 Paint quality doesn’t look too bad in the photos, but there is no amount of money in the world that would get the editors of Daily Turismo to drive around in a front wheel drive 80s Buick…really.  This car would be a nightmare in anything other than a smooth straight line.  But if you love Superman and commute without a single turn, this would be your ride.