The e24 generation BMW M6 was sold around the world in limited quantities (just over 4,000 produced) with a sweet sounding inline 6 mated to a 5 speed manual gearbox.  The Europeans received a hotter engine making an additional 30 horsepower because of the lack of restrictive US EPA mandated emissions after-treatment.  A few grey-market escapees have made it to the USA and today we’ve found a 1984 BMW E24 M6 Euro grey market import for sale in Holliston, MA currently bidding at $11,400 with a few hours to go. 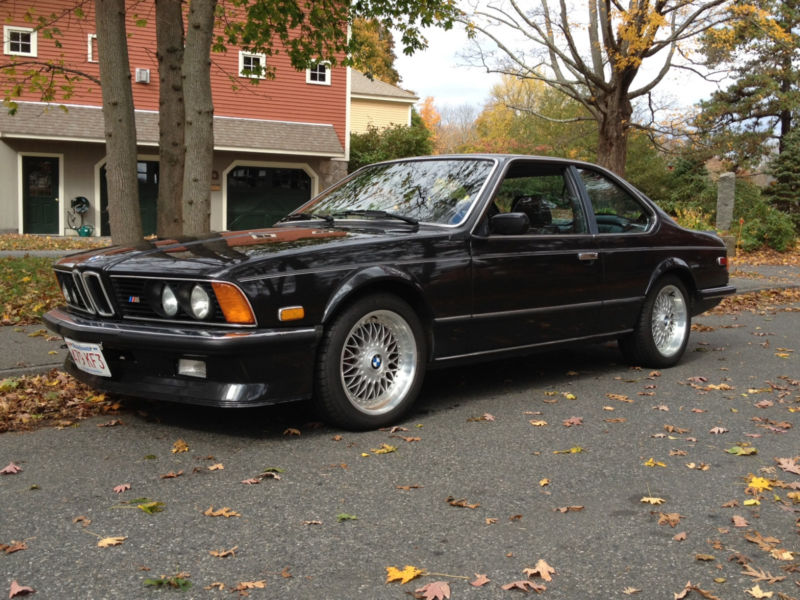 The pre-1988 European E24 had smaller bumpers compared to the US version and we think they look much less like a cow catcher and clean up the lines to what Paul Bracq originally envisioned when he penned the 6-series in the early 1970s.  Legendary car nut and GM chairman Bob Lutz actually had a hand in the origins of the E24 when he was working for BMW and is rumored to have helped keep the car looking lean, mean and sleek instead of raising the ride height to make it easier for fat Americans to exit/enter the car. 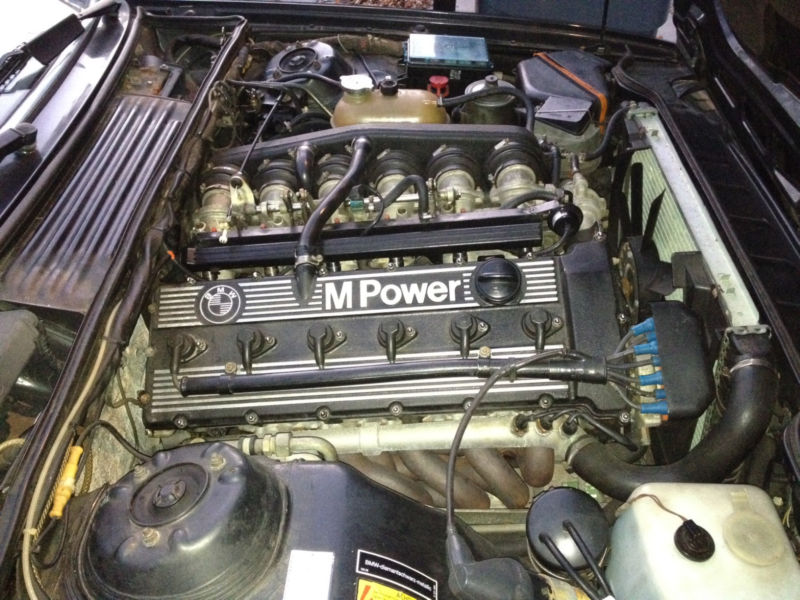 This Euro e24 M6 is powered by the M88 – a 3.6 liter dual overhead cam inline 6 cyinder engine putting out 286 horsepower with the aid of individual throttle bodies and Kugelfischer fuel injection.  The M engines are easily identifiable by the individual throttle bodies and look much more impressive than the standard airflapper valve equipped 635i cars. 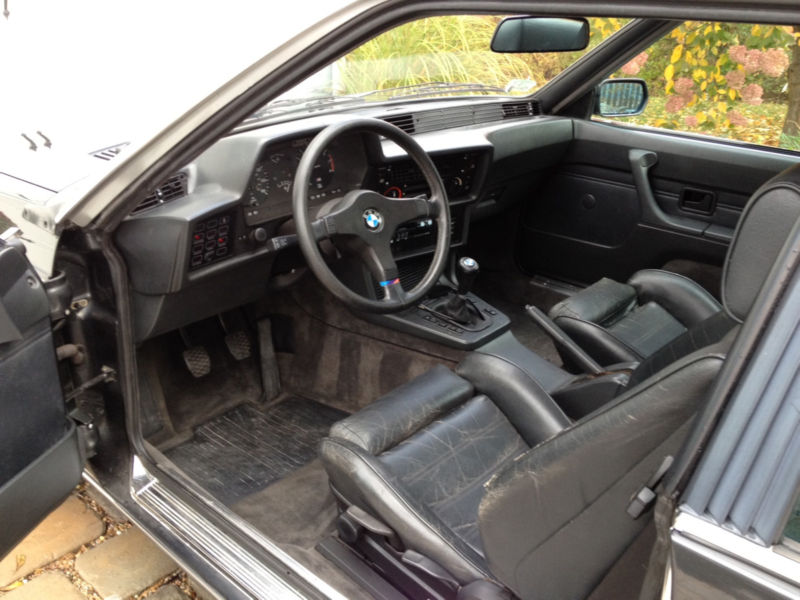 Inside this Euro version has a sweet looking non-airbag steering wheel and an interior that needs some freshening.  It would be fine for a daily driver, but it does have some cracks on the dash and wear on the leather seats.  Luckily the standard non-M parts should swap right in and you won’t need to spend a fortune to get a new/used dash and seats. Or recondition the seats with leather treatment & dye – and remember to condition leather often – it only cracks when it’s starved… 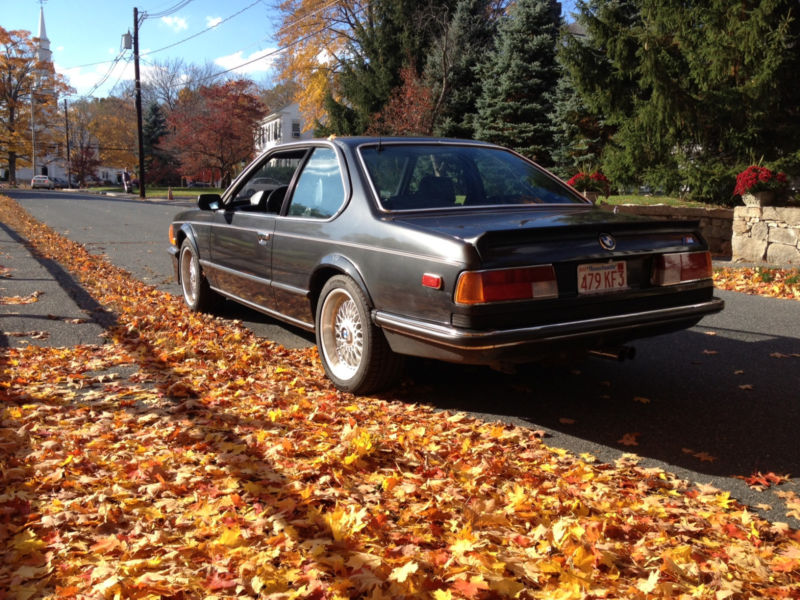 The ride is currently equipped with larger than stock 17×8 “Style 5” BMW wheels – not the original BBS basketweaves that came with it from the factory.  This is because the original rims are a 415mm diameter (just a bit above 16inch) factory oddball that need to be used with a specific Michelin TRX tire; we think this was a subtle attempt by the French to force the metric system on the automotive industry in one of the few remaining English unit stalwarts, wheel size.  It didn’t work and today it is cheaper to by an entire set of new wheels/tires than a single Michelin TRX tire and hence the reason why this car is equipped with 17s but comes with the original 415mm wheels in the trunk for the new owner to store until he sells the car.  Will that new owner be you?