We’ve featured a Triumph TR7 before -and it had the Triumph engine removed and replaced with a V6 engine.  We assumed it was just an anomaly – someone with a busted TR7 and spare V6 sitting around…but apparently it’s more commonplace than we thought!  This 1980 Triumph TR7 with Nissan turbo V6 is for sale in High Ridge, MO for $8800 via craigslist. (Thanks to tip from DT reader Andy L) 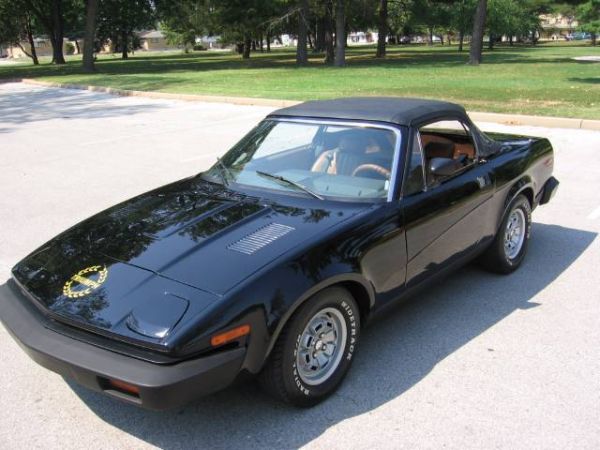 To those confused by the Cougar bait emblem – don’t be – this car isn’t powered by a Mercury Cougar, but we do have the following observation about this car.  Young chicks love a good convertible, (e.g. MBZ CLK, 3-Series Vert, Solstice/Sky etc) but this car is of a vintage that only vintage-women will think is cool.  Women who danced at the prom to Katie Perry will look at you like you are driving a spaceship, but women who danced to Spandau Ballet will climb aboard your rocketship. 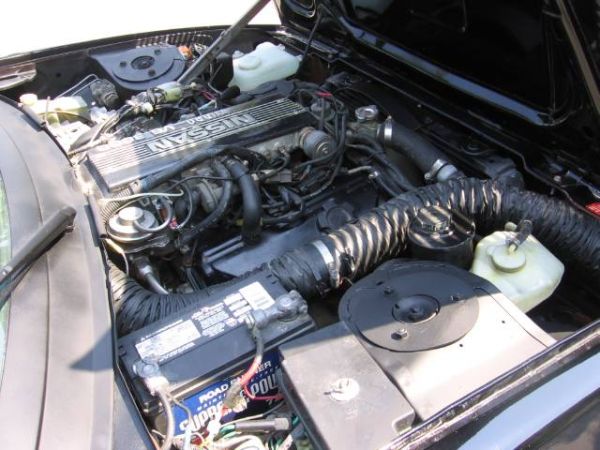 Under the hood you will be shocked to see the stock 2.0 liter inline 4 has been replaced by a Nissan V6.  The seller doesn’t specify which engine is used and while we at first were excited when we read that it had 300 horsepower stock – which could only mean it was the VG30DETT from the Z32 twin-turbo V6…but the photo clearly shows a VG30ET, the earlier single turbo 3.0 liter V6 making 205 horsepower in hottest stock tune.  Mated to the Nissan 5-speed gearbox this car will be pleasant to drive, but not fast without some serious aftermarket parts & tuning. 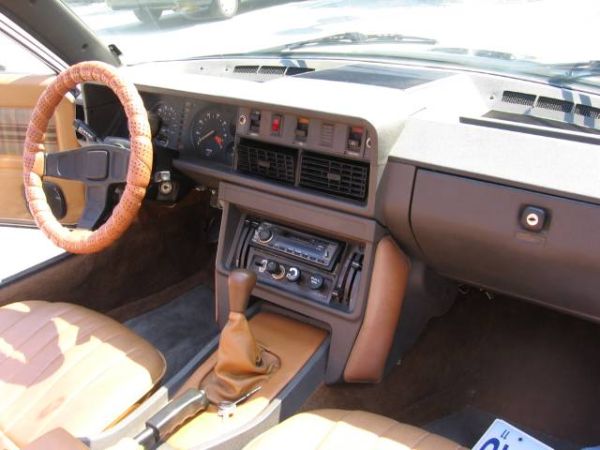 Inside the Triumph gauges are all said to function with the Nissan engine – a remarkable feat considering that most 30 year old Triumph gauges don’t work with Triumph engines…  The condition looks good as well – not a fancy place to spend time, but functional and efficient. 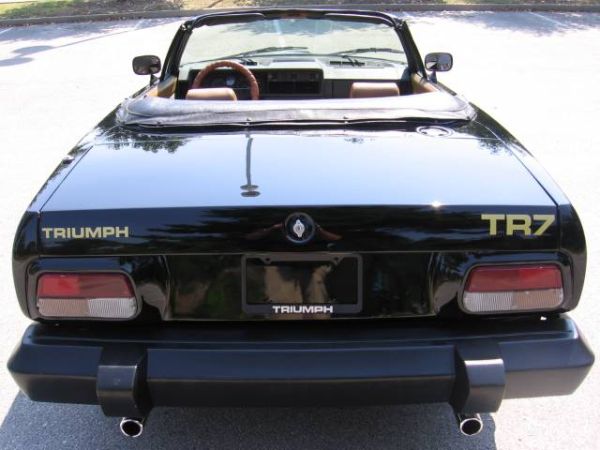 We think the wedge shaped TR7s look better in dark colors – something about the body lines on the side looking less artificial – and we also like the gold lettering on the black paint, looks very motorsports-y, and gold is a well known Cougar decoration.