Before the Morgan Motor Company built cars that termites love, they had a reputation for building cyclecars, or three wheeled motorcycle powered death traps that could seat 2 to 4 people.  The reckless and wealthy can still buy Morgan 3 Wheelers new in the UK for about £25,000 GBP or $40,000 USD.  The reckless cheapskates can pickup a replica version for much less, such as this 1980 Morgan 3 Wheeler replicycle being offered from those crazy guys at MotoExotica (we love their regular ebay offerings and would probably spend a lot of time at their retail store if we lived closer) via ebay for $11,900 buy-it-now. 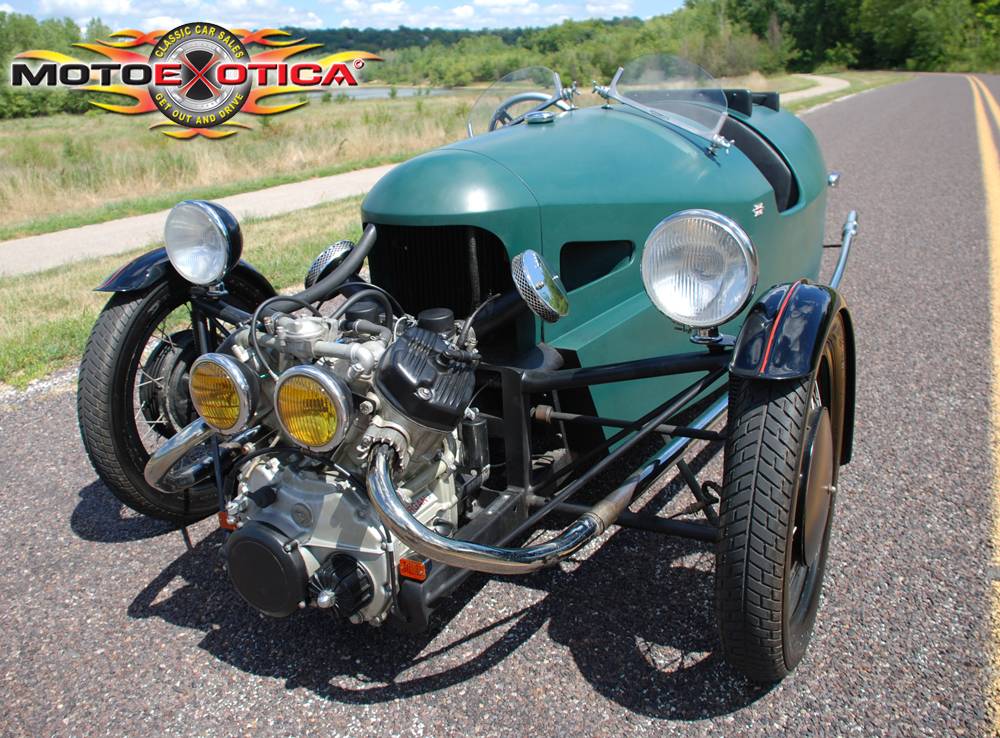 A handful of companies have built kit-car versions of Morgan 3 Wheeler including BRA (Beribo Replica Automobiles), Ace Cycle Car,  Triking-Cyclecars, but unfortunately it isn’t clear who the original manufacturer of this body is.  We hope that some reader will be able to determine it from a repository of arcane knowledge combined with a Rainman-like ability to determine the make of any 3 wheeled kit cars.  We are regularly accused of being idiot savants without the savantism…so we’ll leave this identification to an expert. 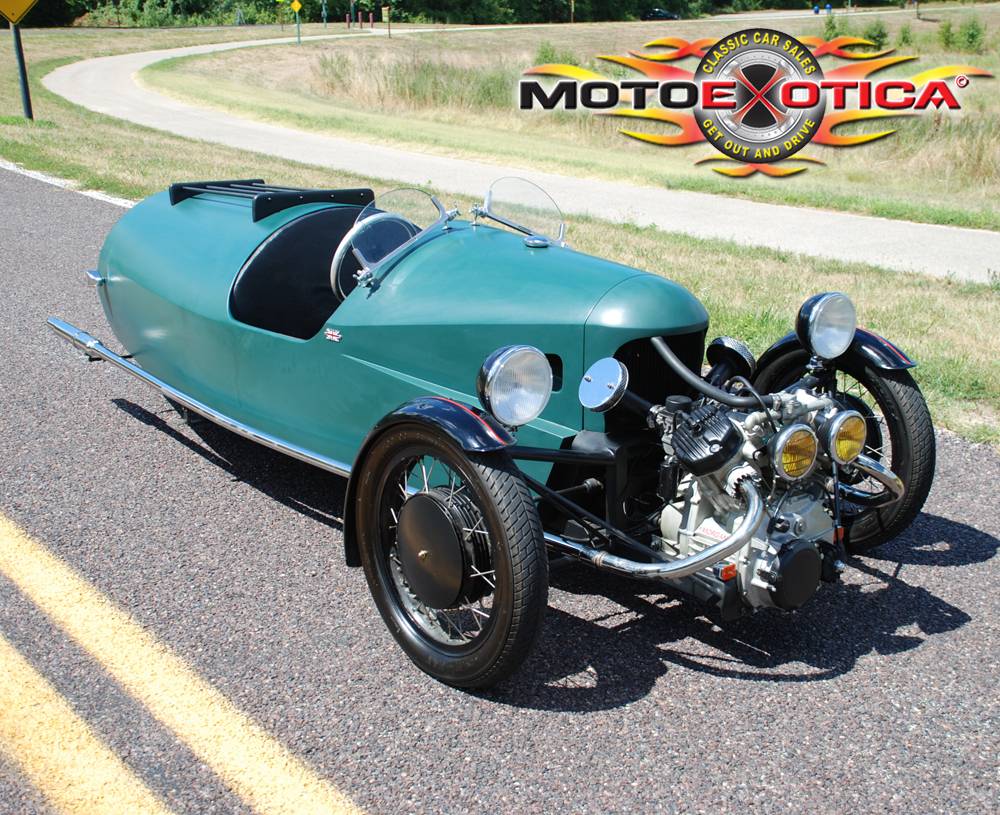 The MotoExotica ad does say that it is powered by a Honda 500 Shadow motorbike engine, which should be a 500 cc V-twin overhead valve engine putting out 48 horsepower.  It doesn’t seem like a lot of power, but the 80 horsepower version sold new in the UK today scoots from 0 to 60mph in 4.5 seconds, so we’d expect this slower version to do it in 5 to 6 seconds, which will be enough to keep you entertained.  It is fitted with a 4 speed manual transmission of unknown origins which powers the single rear wheel.  And yes – it can do a donut. 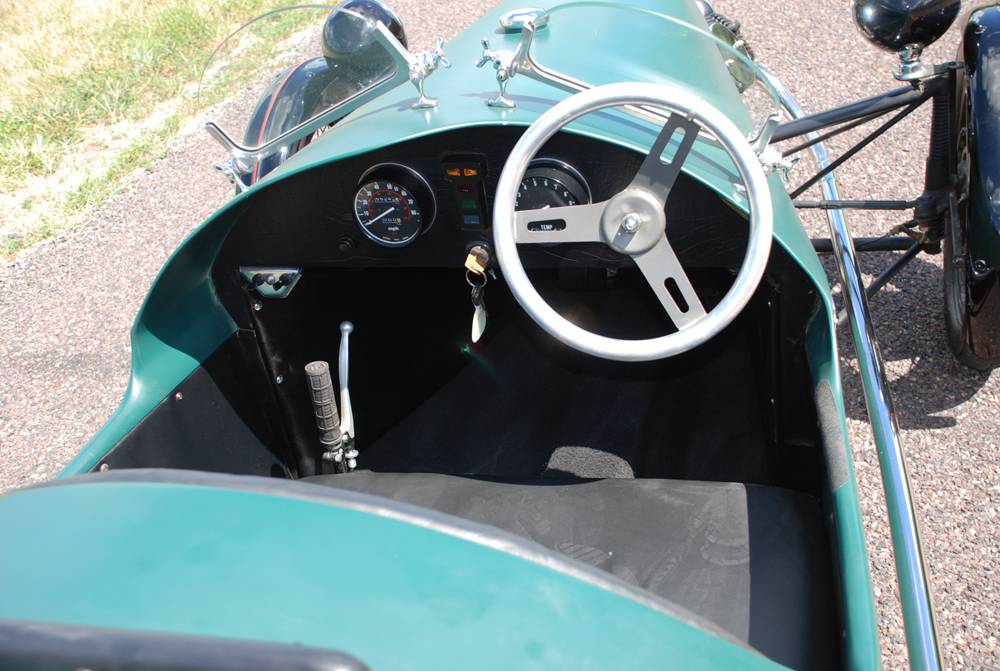 Inside the 3 wheeler is room for two, but it is technically licensed and registered as a motorcycle – so we assume that most states would require the driver to both have a motorcycle license and wear a helmet.  We aren’t sure if this would be rigorously enforced as police in our native California at least, tend to turn a blind eye to all sorts of modified hot-rods and such unless you start driving like you are one of the hosts from Top Gear.  Or a driving a modified import Japanese (JDM YO!) car – those the good old boys in blue don’t like. 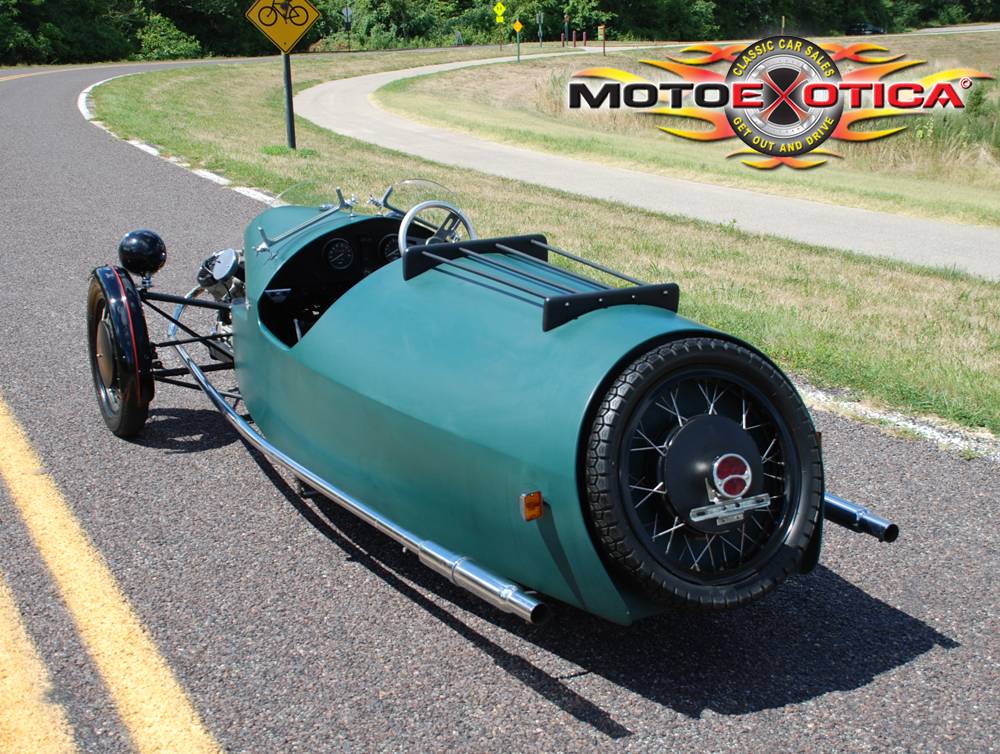 We think this right hand drive 3 wheeled anomaly would certainly put a smile on your face every time you cruised around the neighborhood and technically it would be legal (but not prudent) to split lanes in California.  Overall we think this trike is priced reasonably considering its rarity, performance and cool factor.

See another trike for sale?  email us here:  tips@dailyturismo.com