The Triumph Spitfire was a small 2 seat convertible manufactured by the boys in the West Midlands from 1962 to 1980.  It was a light, simple, low-power, little roadster that preferred winding roads to drag strips.  This 1975 Triumph 1500 has been converted to one that prefers its Christmas trees out of the forest and is for sale in Dunsford, ON, Canada for $8500 CDN via kijiji (Kijijijijijiji is a newer and more cluttered looking version of craigslist – launched by ebay in 2005) (Thanks to DT reader Paul R for the tip!). 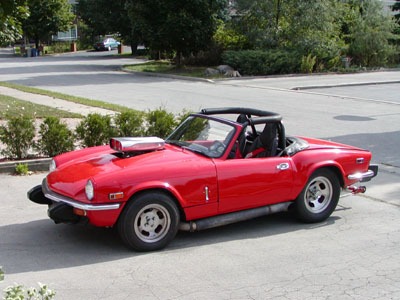 The Spitfire was a classy looking British roadster in the 60s – but by the 70s it received fang-like bumper-appendages added to meet US federal 5-mph crash requirements.  This count Dracula transformation is completed on this customized example with a chrome air scoop (taken from Vin Diesel’s fast and furious Mopar), side pipes and a roll cage.  What was once a simple Romanian prince is now transformed into a caped (parachuted?) monster ready to drain blood at the local strip. 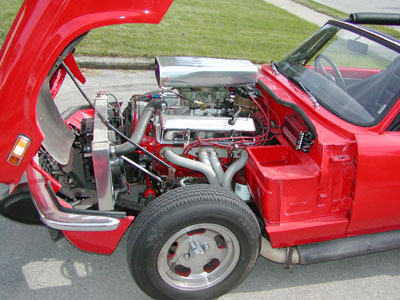 This right-hand-drive Spitfire 1500 was originally powered by a 53 horsepower 1.5 liter inline 4 that gave it performance on par with a golf cart in a tractor pull.  Lucky for horsepower junkies, tire and oil companies – Dracula has been given a heart transplant: a carb’d 6.6 liter  Chevy small block V8 puts power down to the pavement via an automatic transmission and Ford 9 inch rear end.  The seller claims 0-60 in 3 seconds and 1/4 mile in less than 10 seconds – putting this car in the ludicrously fast realm of cars faster than anything you can buy in the showroom today…that’s correct, it’ll beat any stock Ferrari, Porsche, Bugatti etc for the price of a nav system option package. 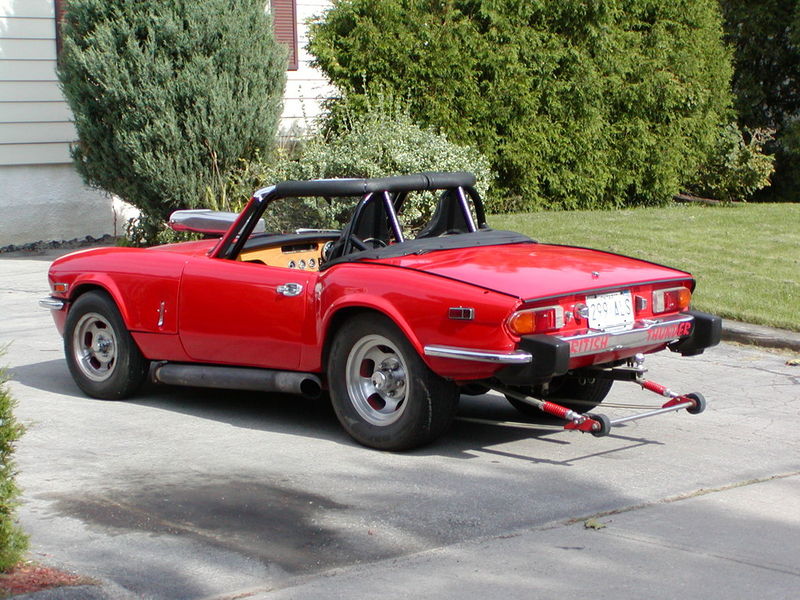 The rear side of this car makes its intentions entirely clear – wide and high profile drag tires, wheelie bars and bumper sticker that says “British Thunder”.  Truth be told – this car isn’t really a daily driver, but it certainly qualifies as a street/strip car and will get you “into the 10’s” on a budget.  Its not really a budget for a spitfire -they are very cheap cars these days, but its a budget for a 400 horsepower Chevy engine, auto trans and rear end…wrapped in a good looking package.

Would you park this monster in your garage or put a steak into its hood scoop?

See another monster for sale?  email us here:  tips@dailyturismo.com