The TVR M-series was a sports car built in Blackpool, England from a combination of TVR, Truimph, Lucas & Ford parts, covered in a glass reinforced fiber body.  The 2500M version was built from 1972-1977 with just under 1000 total production making them a rare sight on public roads today.  This 1974 TVR 2500M is for sale in Newark, DE currently bidding on ebay for $6,300 reserve-not-met with 3 days to go. 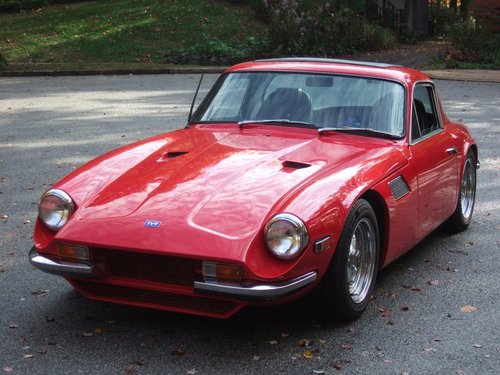 The 2500M is the British take on the Corvette, glass-fiber body, front engine, 2-seats and good looks.  The rear end styling is a bit odd and the front end looks like a catfish…but once you get past that its actually quite a handsome little sports car.  We especially love the NACA ducts on the hood and exposed headlights. 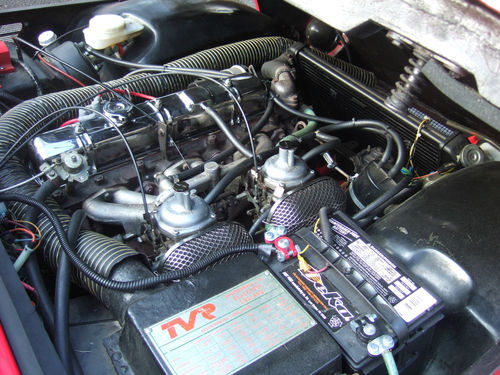 The 2500Ms used a 2.5 liter inline 6 engine borrowed from the Triumph TR6 that puts out 106 horsepower and 133 ft-lbs of torque.  Power is routed through a 4 speed manual transmission with a Laycock de Normanville overdrive similar to the one used in our DTPC Volvo 242. 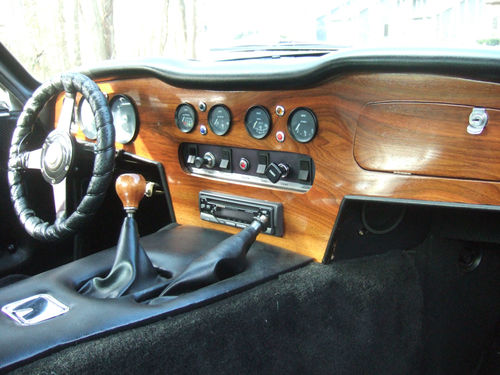 The inside of the 2500M is classic British Leyland simple – using a flat piece of wood to mount gauges, switches and all sorts of parts that will regularly fail to function as required.  This one has a modern radio installed that we think ruins the look of the dash, but it could be possible to find an more period correct radio without too much trouble. 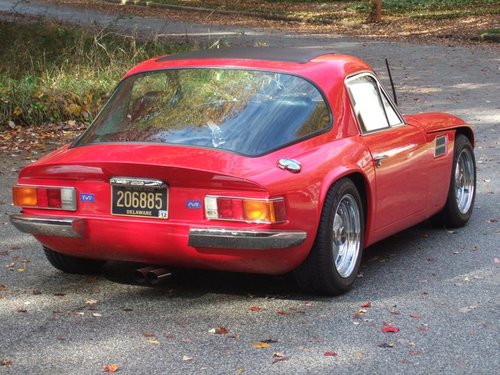 Overall we think the 2500M is a decent deal for a car with less than 1000 examples built, free from typical British rust issues (at least the glass-fiber parts).  It will also probably be a fun car to drive around – power isn’t huge, but the 2500M only weighs around 2200 lbs. 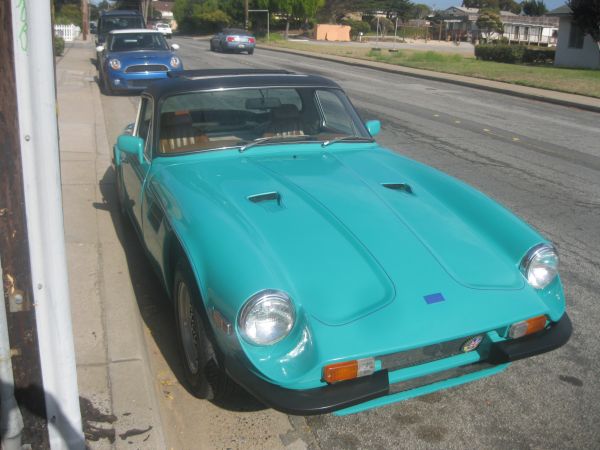 We found this sweet TVR because of a tip from DT regular Kaibeezy about
another TVR, a Gumby green colored 1974 TVR 2500M located in the SF Bay
Area listed for $8,000 and previously featured on BaT when it was $9,000.  Another big thanks to Kaibeezy for the hot tip and reminder to keep focused on the good stuff and stop featuring horrible 400k mile vans…

Know 2500 reasons not to buy this car?  email us here:  tips@dailyturismo.com