We’ve featured the BMW 2002 in the past on the Daily Turismo because we like the rear wheel drive, manual transmissions and simple mechanical components of these lightweight two-door sedans.  The previous one was a ‘restomod’ (restored and modified), but this time we found one a bit closer to stock but with a few key upgrades.  This 1974 BMW 2002Tii is offered for sale in Richmond, VA via the bimmerforums.com website for $11,900 obo. 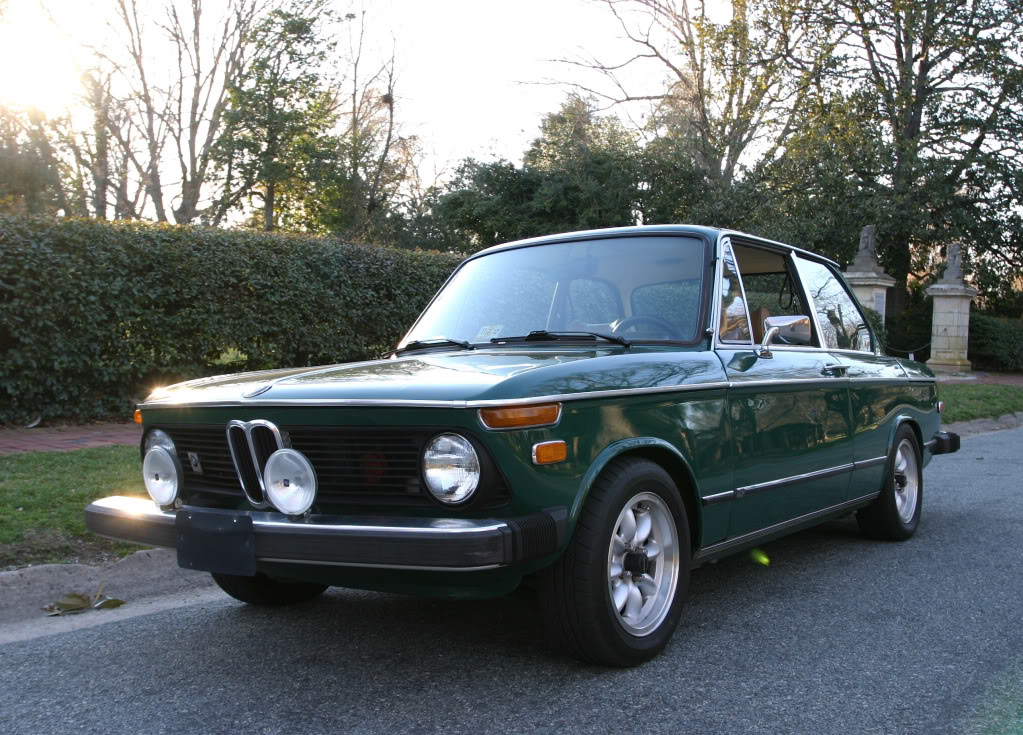 This BMW 2002Tii was the ‘coolest’ 2002 you could purchase in the US (the turbo model was only for European consumption) back in 1974 and unfortunately was also saddled with the huge bumpers that gives the 2002 a face that resembles a rather acute case of prognathism. 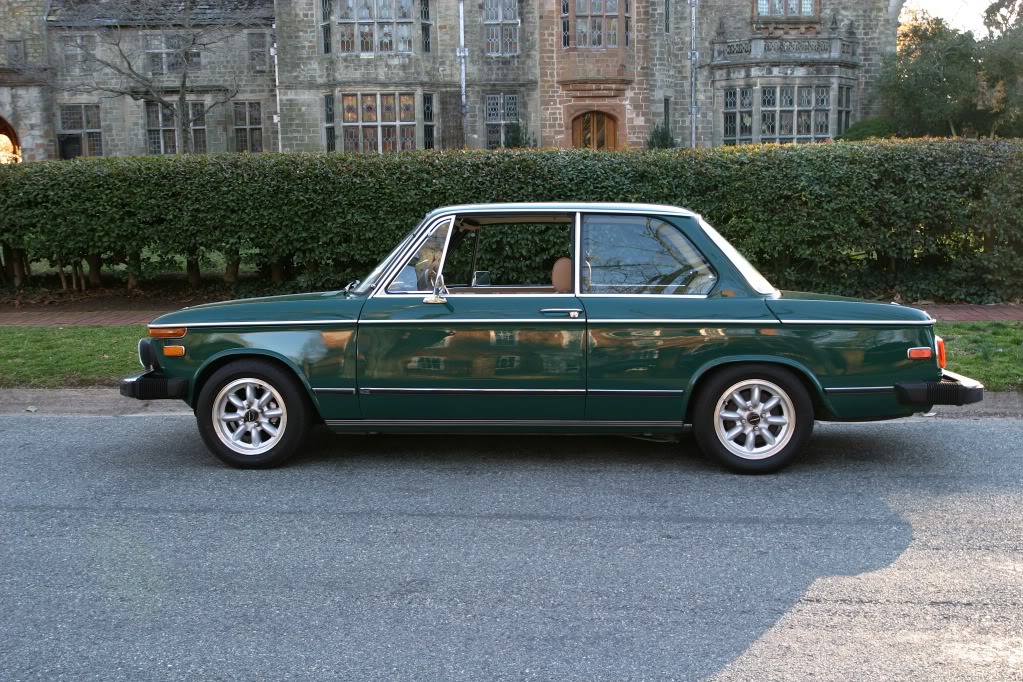 But this 2002 still looks cool even with its bumper-car style appendages, because of its ‘it ain’t easy being Green’ paint and the Panasport 14 inch wheels (as a side note, these wheels are plenty big for this car and why people insist on putting 17s or 18s on a small vintage car is just baffling to us…but maybe we should get back to sitting on lawn chairs next to our American flags and yelling at the neighbors kids “get off the lawn!”). 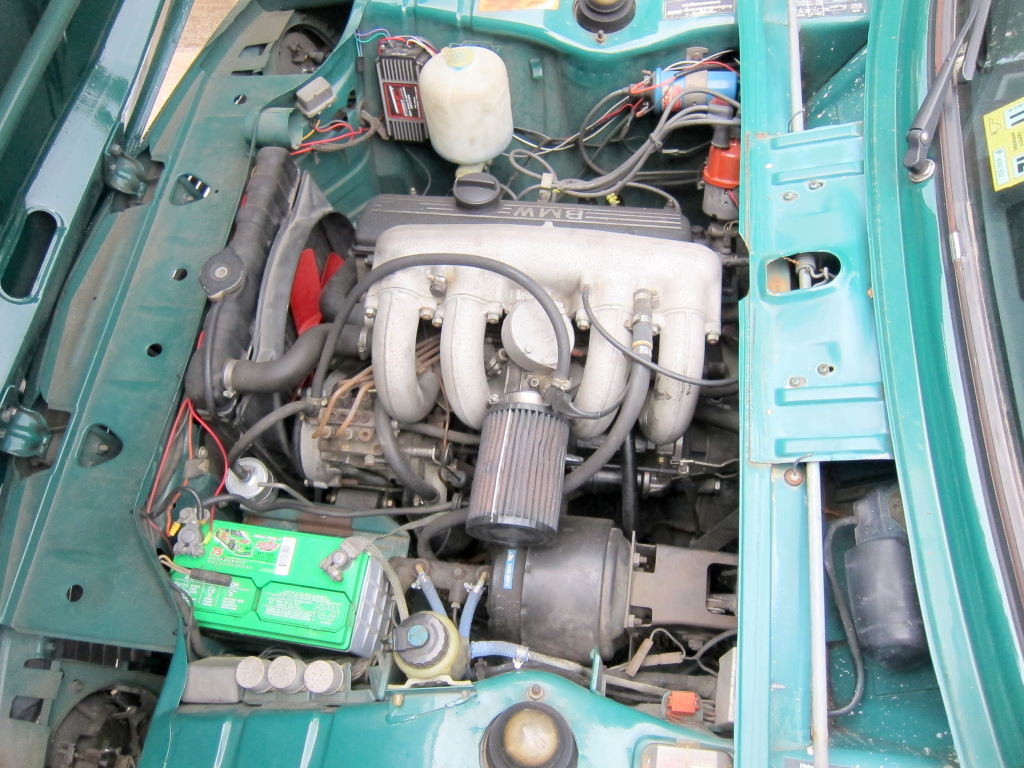 The Tii originally had a 130 horsepower 2.0 liter engine – but this car now puts out 160 horsepower from its 2 liters due to some internal and external modifications.  The seller provides receipts totaling more than the selling price of the car in the power-train alone.  The 4 cylinder engine is mated to a 5 speed manual transmission, a nice upgrade from the stock 4 speed. 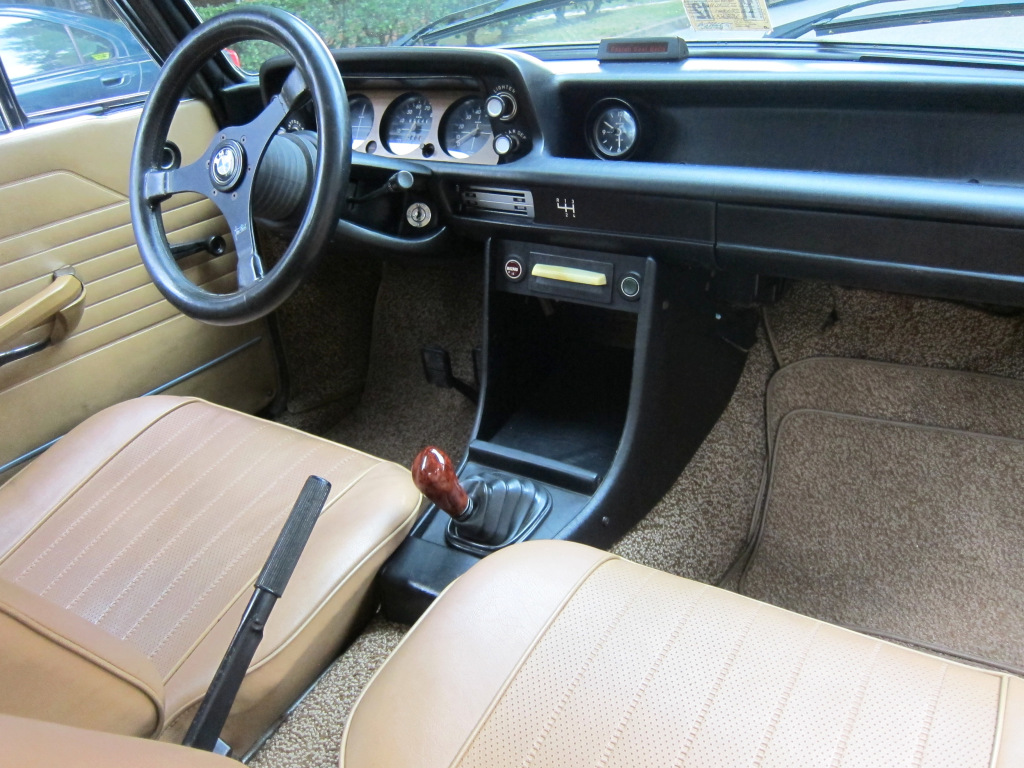 Inside the 2002 has a simple layout – nothing fancy and not restored to look perfect.  We like that the seller includes many pictures showing defects (some surface rust on the seat hinges a small crack in the dash, etc) and much prefer this kind of honesty to sellers who show Photoshopped pictures of museum quality cars that in person look like crack dens. 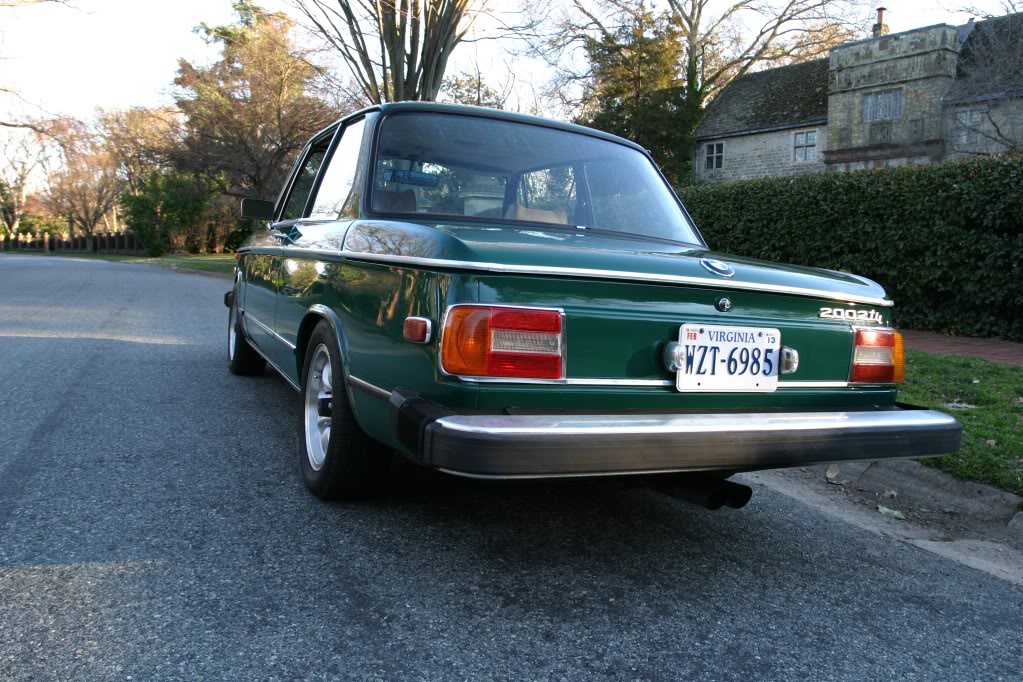 Don’t like the look of the big bumpers – fine, take them off, or better yet – buy this one!  Overall though, the 2002 is still a good deal on the used market – probably because BMW sold almost a million of them between 66-76 and we like this one because it looks to be a good driver with some minor upgrades for a fair price.