The Volkswagen Type 181 was originally developed for German Military use, but was sold to us normal folk from 1972-80 as the VW ‘Thing.’  It was the original Thing – and like Howard Hawks’ “The Thing from Another World” it was unique, captivating and just a bit frightening.  This 1973 Volkswagen Thing with 1100 original miles on its currently restored body is for sale in Lakeland, FL and bidding on ebay at $9600 reserve-not-met with 2 days to go. 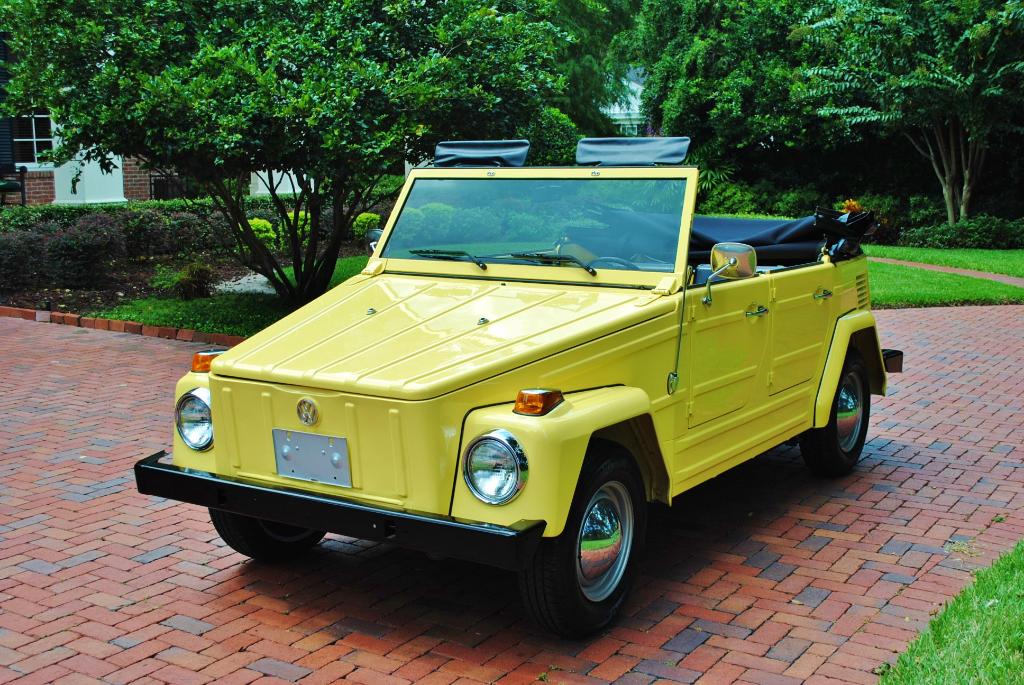 The first “Thing” that strikes us is that this yellow machine is a 4 door convertible – a bit of an oddity in the automotive landscape – plenty of 4 seat convertibles exists – most are two door, but VW was bold enough to release a 4 door convertible.  The second “Thing” is that it very much adheres to an extreme form-follows-function philosophy and wasn’t designed by a famous Italian design house.  It was originally designed for the German military as a “European Jeep” and aesthetics were an afterthought. The Type 181 does bear a strong resemblance to the WWII-era VW Kubelwagen Type 82 military vehicle, but was more of a sequel rather than a re-release and was an entirely new vehicle despite the visual similarities (sort of like Evil Dead II vs. the original Evil Dead). 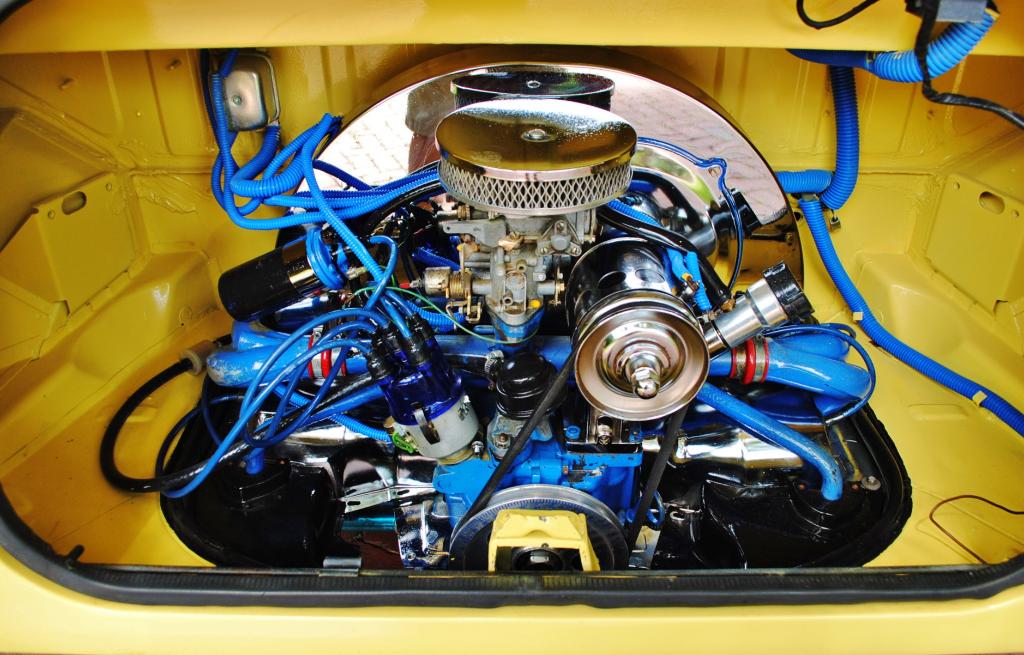 James Arness played the “Thing” in Hawks’ creation – a mindless, carrot-like space alien who was impervious to bullets and could recover from just about any injury given a few minutes of time and a fresh human corpse to feed on.  It is a fitting comparison to the Volkswagen flat-4, known for its reliability, simplicity and ability to still run with all kinds of things going haywire.  The Thing is powered by the stock rear mounted 1.6 liter flat-4 making about 50 horsepower and 50 ft-lbs of torque and puts the power down via its 4 speed manual transaxle. 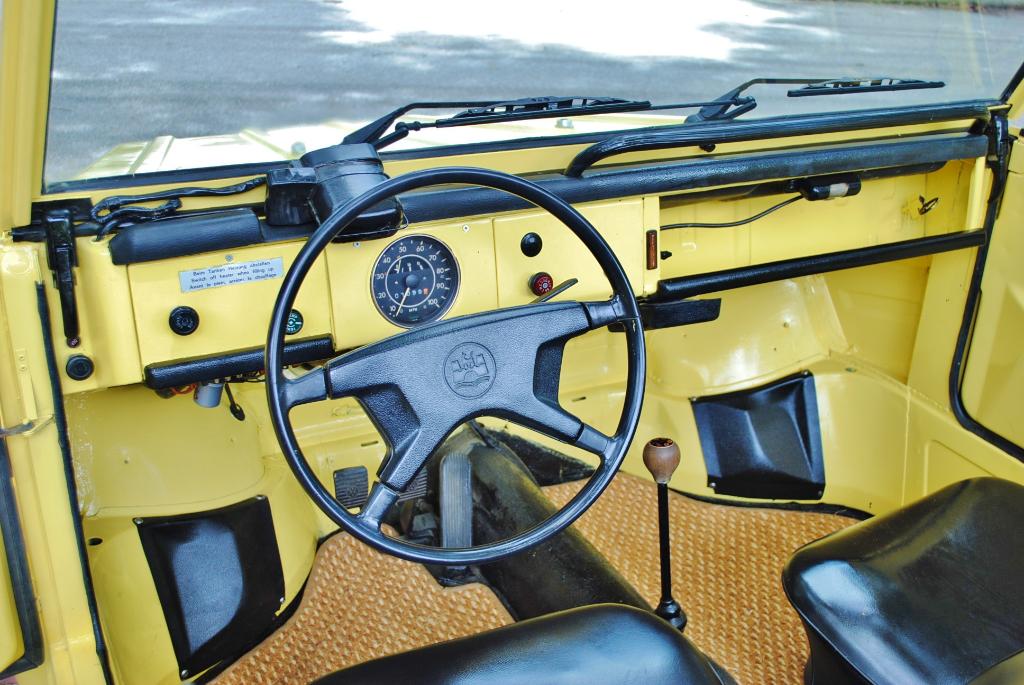 The VW Thing used the floor pan from the type 1 Karmann Ghia – reportedly because the floor pan was wider than the Beetle’s and a better fit for the Military requirements.  A single gauge does all of the needed monitoring of engine/vehicle conditions and the simple painted interior reminds us of an era when cars were made to be useful and not to just look good in a showroom. Sort of like the era when films were made to be entertaining and not just a bunch of fancy CGI or some new form of disturbing edgy ‘comedy’ that should never have been filmed in the first place. 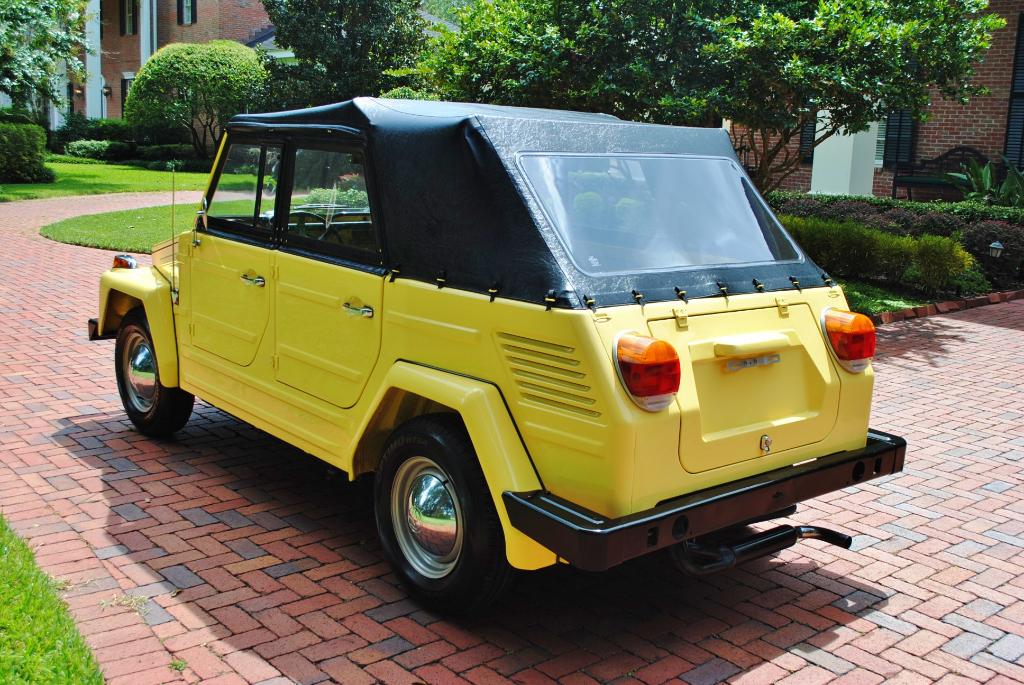 This VW thing is a strange combination of low miles original attitude – but with a complete restoration – so you need to hope that whoever did the work knew what he was doing.  All we know is that if we are ever stuck in an Antarctica outpost, we’d take this Thing over the man-eating kind.

Want to show us your Thing…hey…not that!  email us here:  tips@dailyturismo.com