Normally we would wait until Thorsday to feature another clean Volvo shooting brake – but this one seems like it won’t last long at the price, even with some issues. If blue paint and a blue interior suits you like a robin’s egg blue leisure suit, then slide your bellbottoms on into this 1973 Volvo 1800ES for a negotiable $9,500 in Lakeside, California – just east of Sunny San Diego. (update 8/23 – price dropped from $10.5k to $9.5k) 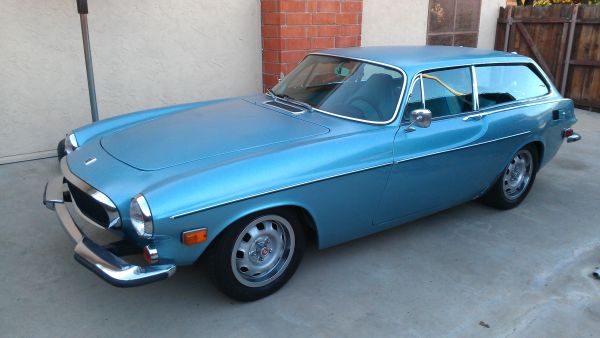 For exactly $2k less in asking price than the first 1800ES we featured, this car looks fairly comparable if not quite as perfect. The seller of this car either loves the CAPS LOCK key, or it fell off the keyboard setting the computer to perma-shout mode. We forgive this though because the ad does highlight several problem areas that need attention: paint flaking, small dents, a crack in the dash, faded seats, and weatherstripping in need of replacement. At least it’s honest shouting. 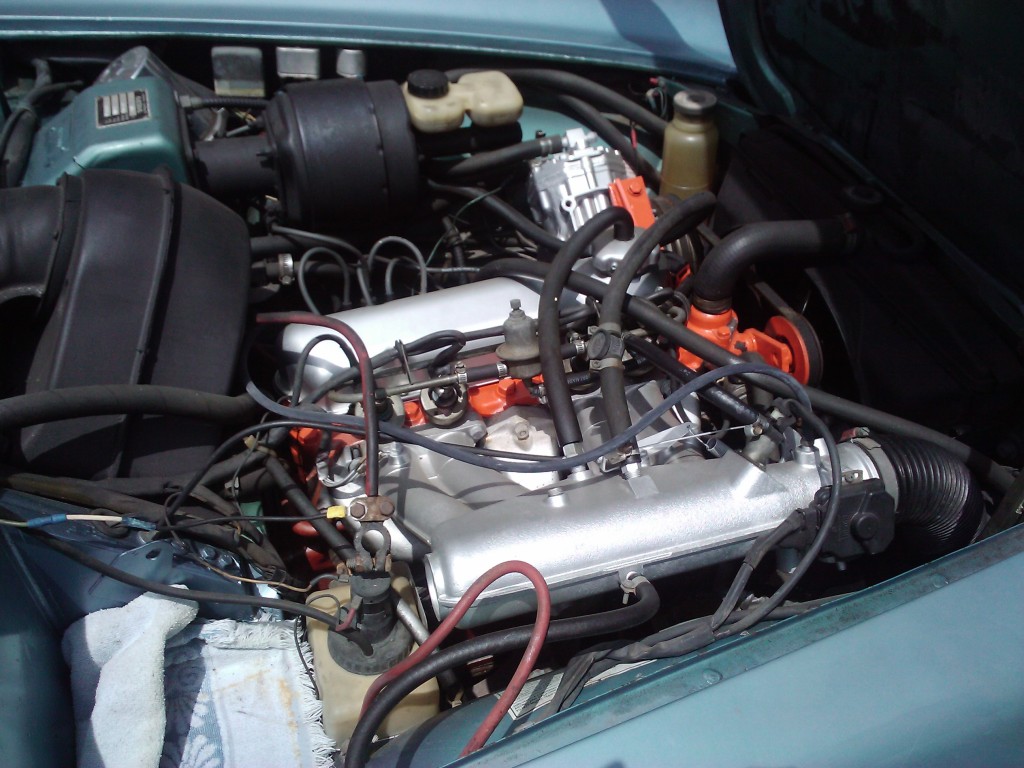 Despite the other cosmetic needs, the engine compartment looks fantastic. We spy what seem to be recently replaced hoses and intake ducting, not to mention no trace of dirt or grime anywhere. It’s possible the engine was recently rebuilt given the sparkling clean intake manifold, valve cover and AC compressor. The block looks like it was repainted as well, and the valve cover gasket has not started seeping oil yet. Curiously the seller gives no detailed description of what’s been done to the engine -just that it runs strong and has a new fuel pump. 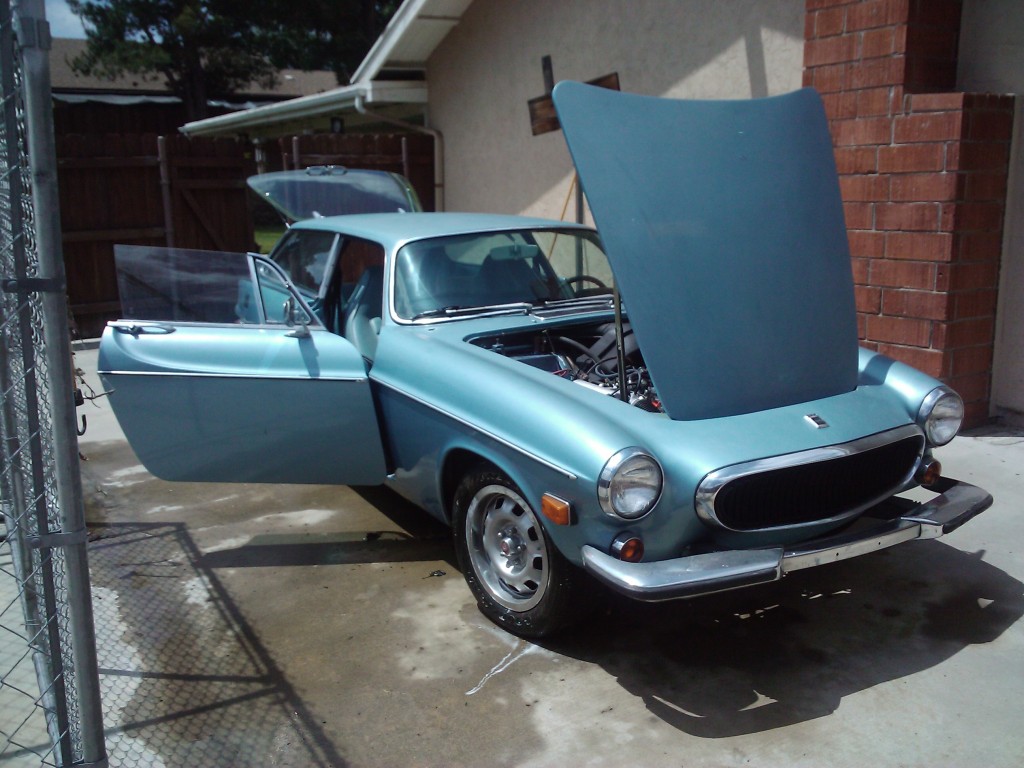 In the shot above we see that the car has just been washed, and the foaming tire shine hasn’t even had a chance to fully dissolve into the storm drain runoff and kill any garibaldi yet. We would wait until the concrete dried to take for sale photos, but it shows the seller cares enough to clean the car before advertising it. This car does look like a really nice 5-footer, as in you don’t see any flaws until you’re 5 feet away. That is just how we like them – nice enough to look great for everyday use and maybe an occasional cruise or local car show, but not so nice that you obsess about every puddle splash on the undercarriage or potential rock ding on the highway. Don’t cower in fear of rain, embrace it as a chance to drift your old RWD daily turismo at low speed with low consequences if you screw up! 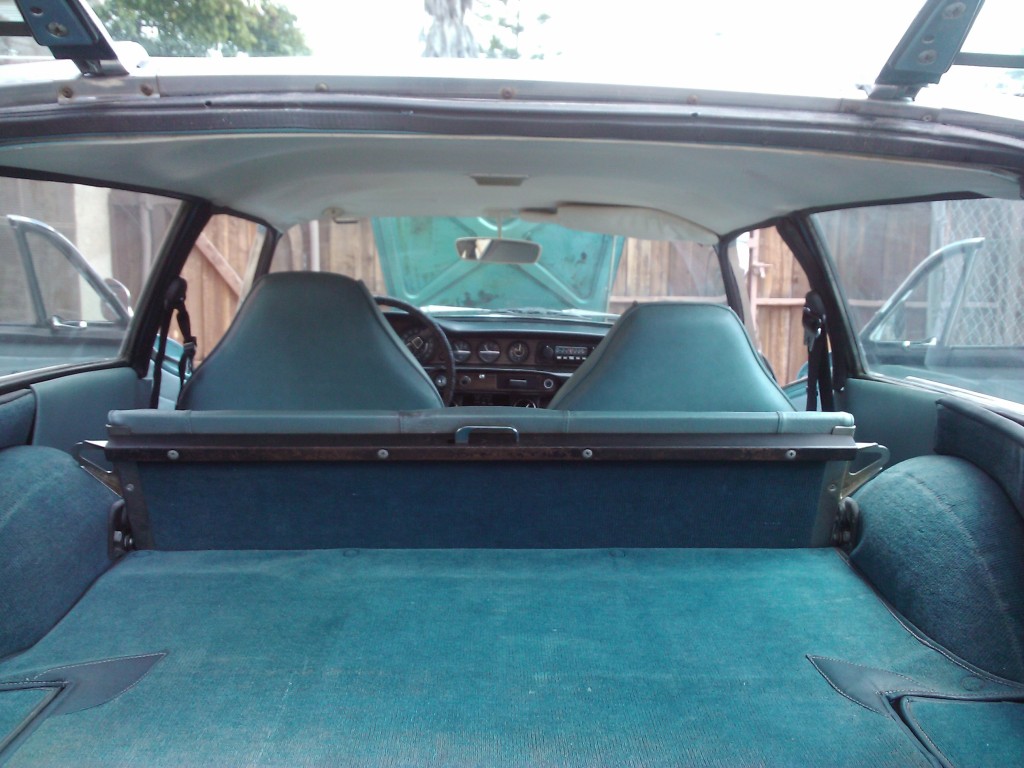 The blue interior looks to be a spot-on match to Doctordel’s recently acquired 1800ES and to be honest, the color is growing on us. It appears to be a very serene and pleasant place to spend a morning commute, a Sunday drive at the beach, or a run up to Monterey for the weekend, where there’s no Concorso Svenska to enter it in (yet) but where it would be a hit nonetheless. 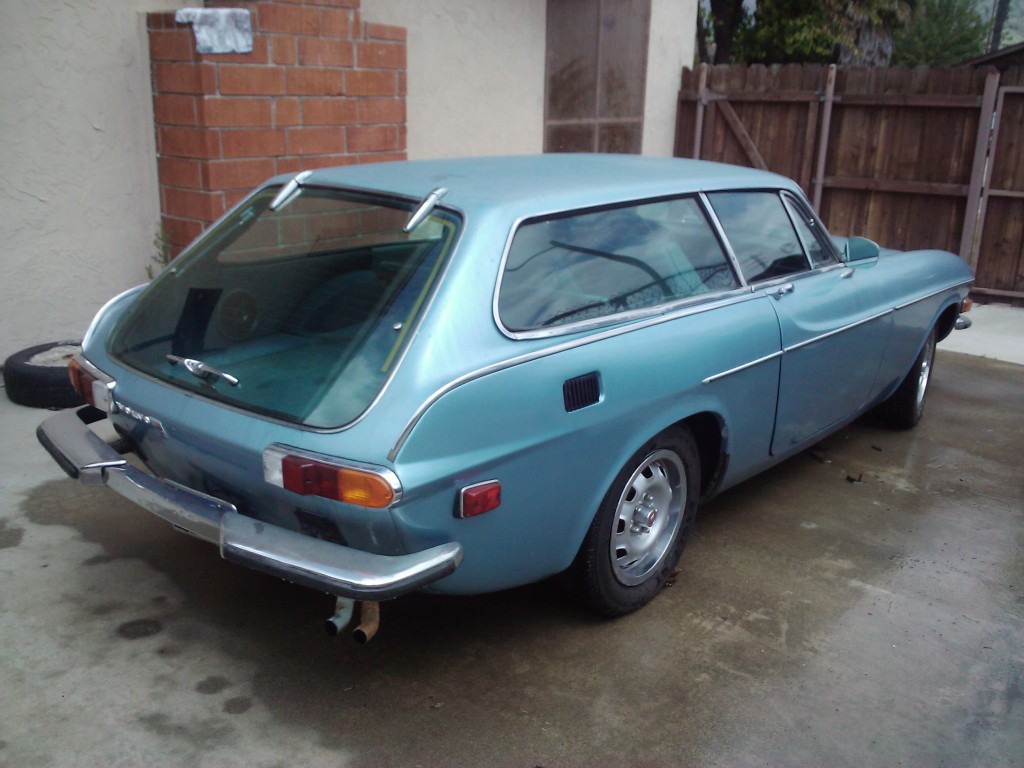 It strikes us as odd that the mileage is claimed to be exactly 44,444 but sure enough there is an odometer image to back that up. Maybe the seller took the “Alignment of the Fours” as a Sign from Thor to send his Volvo off to Valhalla (or just to another owner, anyways) lest it be inhabited by a draugr. That icy blue exterior might be Norse-zombie proof, but we don’t want to find out so we will leave it up to the DT faithful to investigate. You guys should pounce on this one; we can imagine that once the Volvophiles find it it will vanish like a whisp from the list that is Craig’s.

Find a better 1800ES for less cash than this one? email us here: tips@dailyturismo.com