The Volkswagen Type 2 (colloquially known as the VW Bus or VW Van) was sold in the USA from 1967-1979 (it is still manufactured and sold in limited quantities in Brazil!) and was available as a Transporter, Kombi or Microbus – but never as a Baja Safari style ride.  Some enterprising individual addressed that issue…and now this 1972 VW Type 2 Baja Bus is for sale in Saugus, CA via craigslist for $6000. 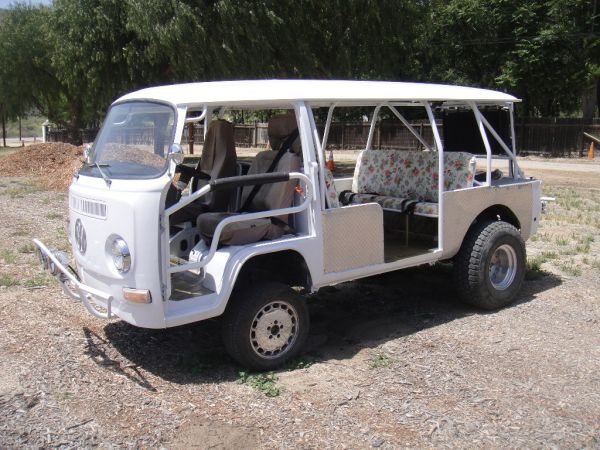 This 1972 Type 2 has received a number of modifications…all in the name of useability for what the seller describes as “move people across the desert or to the bar.”  We aren’t sure why you’d want to move across the desert without air conditioning or doors, but we could see this as a sort of safari style ride from Howard Hawk’s epic movie Hatari!  (exclamation point isn’t for style – it is part of the movie name!…that last one was for style.)  This car receives DT’s premier ‘Cougar Bait’ badge because you could be attacked by angry cougars while riding this thing around in the desert or at bars… 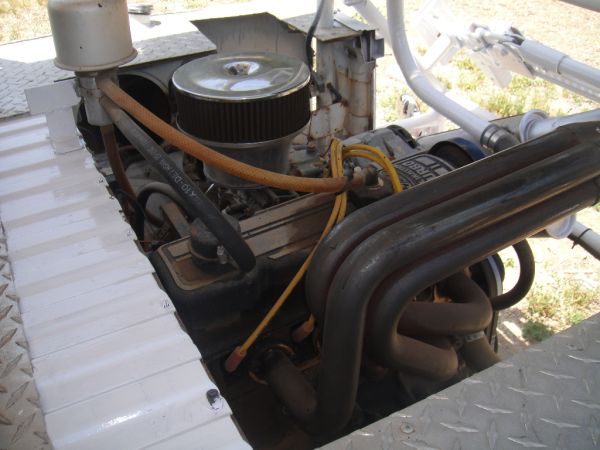 Sean Mercer (John Wayne) would be proud of the power plant in this safari-mobile – it is advertised as a Ford Pinto engine – but we see the valve cover from the 2.3 liter Turbo engine from an SVO mustang or Thunderbird Turbo Coupe!  Its either a swapped valve cover, or a de-turbo’d engine, as this beast is carburetted and has some serious equal length headers attached – expect something like 150-200 horsepower depending on the cam/compression ratio of the build.  We aren’t sure why you’d replace the bullet proof flat-4 VW engine with anything other than another VW engine (or maybe a Porsche flat-6)…but perhaps the builder had an extra 2.3 liter Ford engine in his garage… 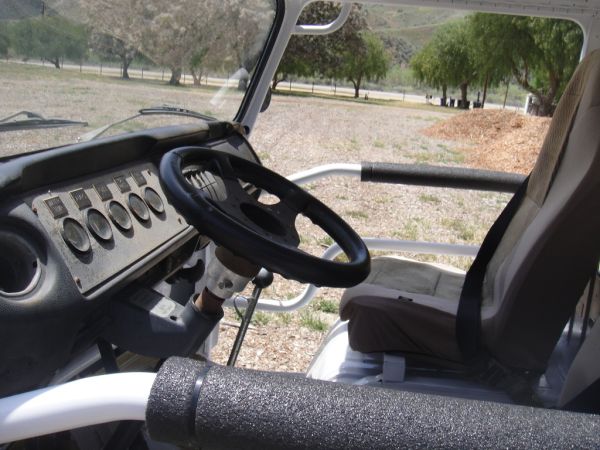 Inside this Bus has a custom gauge cluster, aftermarket steering wheel and seats for 8.  This isn’t for the faint of heart as you won’t have much protection the wild animals or the desert since the doors, sides and rear have all been removed.  But, the car has recently been painted – and don’t worry its not a Earl Scheib job – it was done properly…by hand with cans of Rustoleum…. 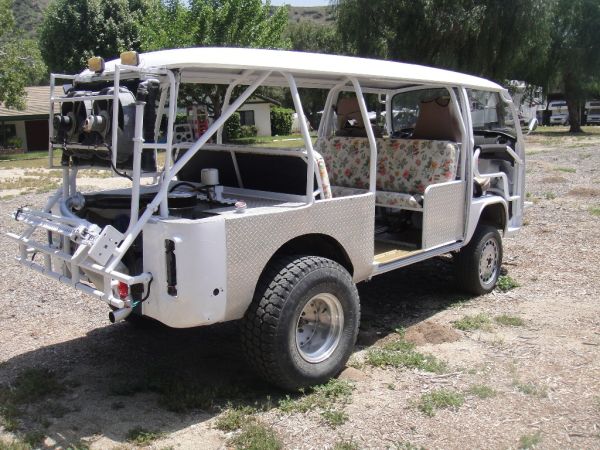 One of the more interesting aspects of this car is that it doesn’t seem to be registered for the street anymore (technically it probably could be – we’ve seen worse driving around the street) – but the owner has gotten a ‘green sticker’ for off-road use in Commiefornia – that is correct, you actually need DMV approval to drive off-road in California for some reason – we’re guessing this isn’t the case in free places like Montana or Cuba.

Still not sure what to do with this thing – but with the exposed cockpit, wide wheels and unknown build quality – Hatari! indeed!

See another Type 2 that looks like a number 2…email us here: tips@dailyturismo.com