The Datsun 510 is a classic of the compact, lightweight RWD Japanese car formula. Their boxy good looks have stood the test of time better than most other Datsuns from the same time period, and if you like the 510 sedan’s style, the wagon will help you think even more inside the box. Heck, with this thing you could even fold the rear seats flat and sleep inside the box! We found this claimed original paint / matching numbers 1972 Datsun 510 wagon on craigslist in the San Gabriel Valley (east of Los Angeles) for $8000. 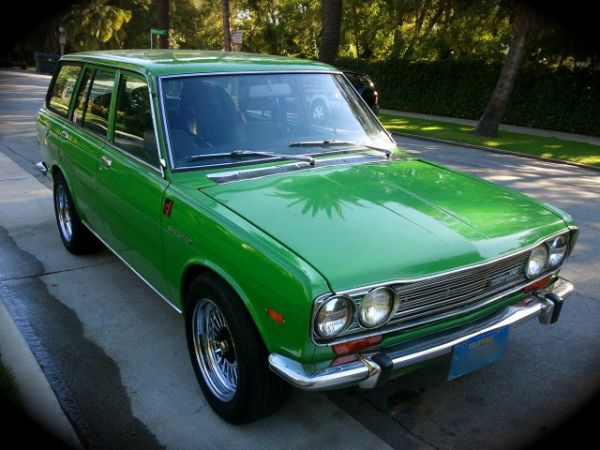 We at DT have always liked the 510 for its timeless understated looks, but also for its light weight, simple engineering and sweet handling. The wagons share most of these attributes with the 2- and 4-door sedans, except for a bit of additional rear heft due to the extra glass, and the solid leaf-sprung rear axle that replaces the sedan’s nifty coil-sprung independent rear suspension. The owner of this particular wagon must have an obsession with rear ends; not only does the car have some “junk in the trunk” vs. a sedan, but it is also sporting a “shocker” sticker on the rear window as well…no comment! 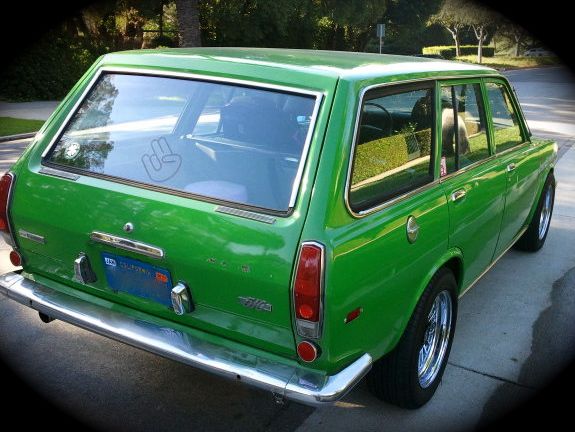 510s are still fairly popular among the Japanese enthusiast crowd and never really lost their following. Even though the sedans are much more plentiful, the wagons are not hard to find if you’re looking, even today. This wagon would make a more practical daily turismo than its sedan counterparts, especially if it would be your only car and you have a fair amount of hauling to do, or you happen to be Lou Ferrigno and need extra space for your muscles and barbells. As a second or third (or fourth…or seventh) car, we would go for the 2-door for the reduced weight and lower polar moment of intertia, however. 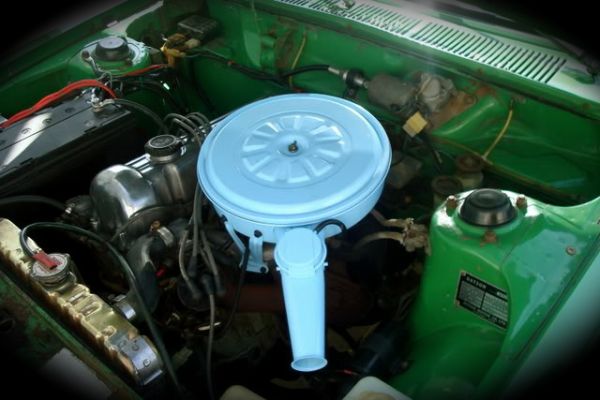 This 510 “goon” is hulked out in its original shade of green, and has received some aftermarket bolt-ons in the form of some unusual wheels paired with coilover shock absorbers and upgraded brakes. We think these chromies would be better left to the homies, and we would probably go with a more original looking wheel choice like steelies with hubcaps – maybe even with thin whitewall tires. The engine is reportedly the original numbers-matching L16 inline four, which is a 1.6L non-crossflow OHC tractor chugger that made 92 hp brand new. Vehicle mileage is not mentioned in the ad, but if this has moderate miles for its age and has been maintained, it should push the little box around adequately. 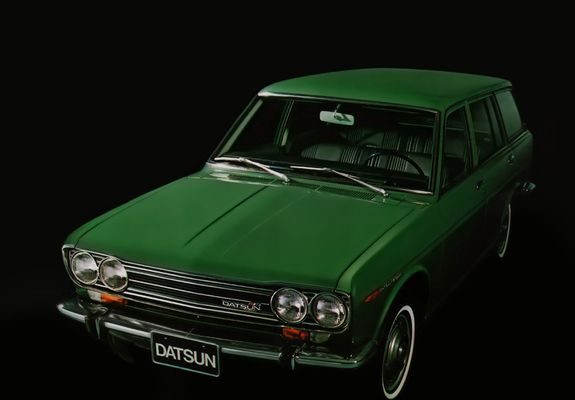 The main downside with this car in our eyes is the automatic transmission, but if the new buyer would prefer a manual, the swap is allegedly very straightforward. Even with the stock engine, replacing an old-tech slushbox auto with a nice 4- or 5-speed manual will improve acceleration and driver enjoyment immensely – that is, if the new owner is into that sort of thing. On the other hand, this green machine would probably make a fine Sunday cruiser as-is, assuming you’re not in a hurry. No interior shots are provided but the seller did attach the above original marketing image showing what this car would have looked like new. Deluxe striped vinyl lowback bench seats – what luxury!