The Rolls Royce Silver Shadow was built from 1965 to 1980 and was the first unibody car from Rolls – a departure from their historical use of body-on-frame construction.  It cost an arm and a leg new — but today you can buy one for less than the price of a new Honda – so why drive beige when you can drive silver?  This 1971 Rolls Royce Silver Shadow is for sale on ebay for $8000 buy-it-now in San Jose, CA. 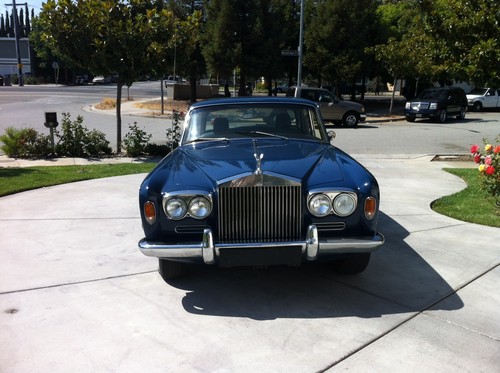 This Silver Shadow is for sale by owner (typically a better way to get a deal vs the shady used car lots that cars like these tend to end up at) and it is currently for sale for about 1/2 of what most others of similar condition are asking…so while it may be a great deal – it could also be trouble! 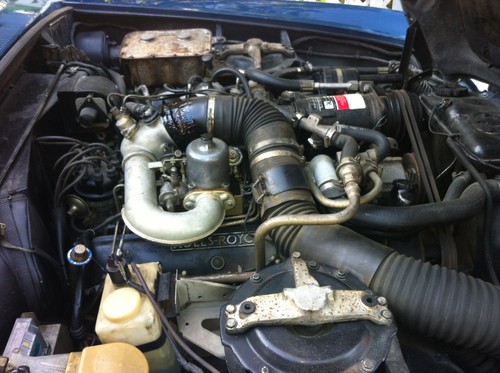 Trouble in a Rolls has a common name – it is the L series 6.8 liter V8 that puts out 189 horsepower and a quadrillion ft-lbs of torque.  This monster will probably run fine for many years with the carburetted engine pulling the 4700 lb Rolls around with ease – or any one of 100 small Rube Goldberg style devices could fail and you could see steam rising from the Rolls’ prominently featured exposed chromed radiator.  Of course it is mated to an automatic transmission (you wouldn’t want Jeeves to spill your highball with an errant jerk of his clutch foot) and lucky for the owners it is the highly reliable and cheap to fix GM THM400. 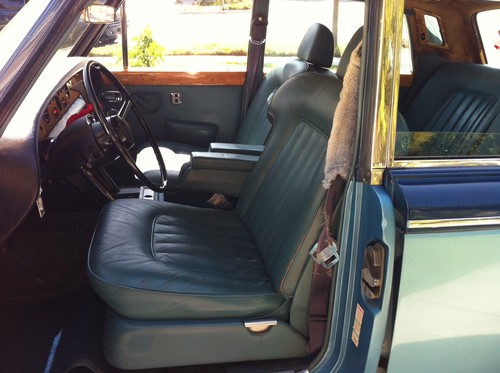 Inside the Rolls will coddle its passengers with real dead cow leather, real dead tree wood and a glove box made from real dead gloves…ok, may have made that last part up..someone is still reading this?  Errr…the seller admits the seats have some flaws – but overall it doesn’t look bad. 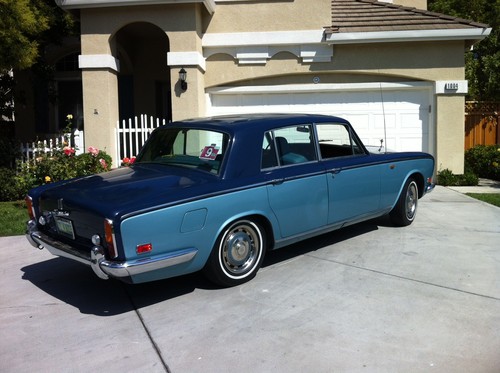 The two tone blue/blue exterior is eye catching to say the least – but it may not be the most desirable combination.  We still have questions as to why this car is so cheap – but perhaps you’d also wonder why someone would want a 40 year old Rolls to begin with.  Too many questions…perhaps you have the answer?

See another cheap Rolls for sale?  Email us here:  tips@dailyturismo.com