It doesn’t get much more ‘vintage gangster’ than a Mercedes-Benz 300SEL 6.3 and normally they are way out of dt price range, but sometimes we stumble upon one that has enough dirt and questions to give the proletariat a chance to pick it up.  This 1970 MBZ 300 SEL 6.3 is for sale in Kutztown, PA for a ebay buy-it-now price of $10k. 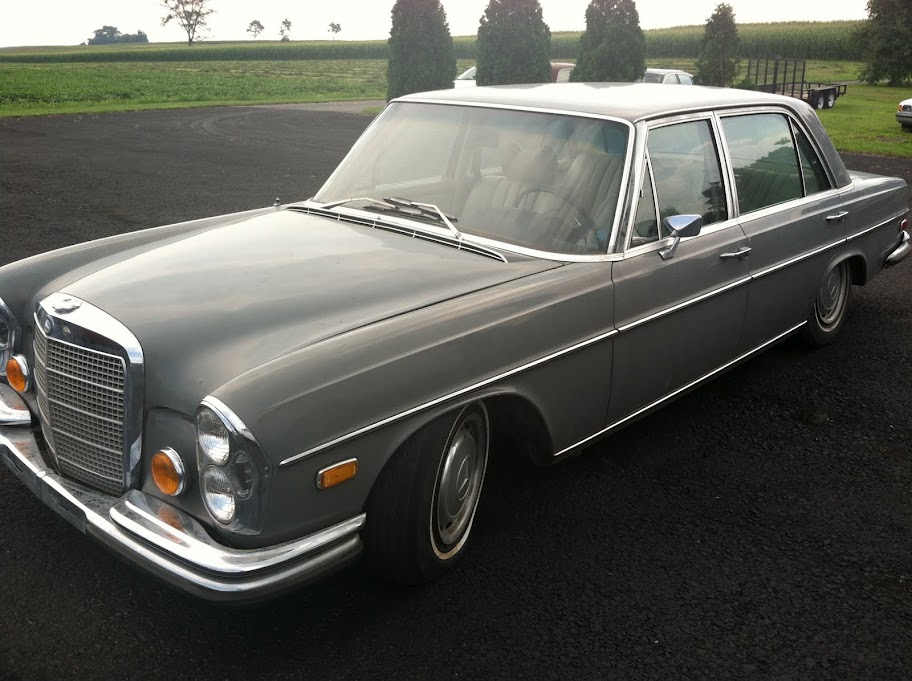 Between 1965 and 1972 Mercedes-Benz built over 380,000 W109/109 chassis luxury cars for worldwide consumption, most had a liter inline 6 or 4.5 liter V8, but a select few (6,526 to be exact) had a monster 6.3 liter V8 from a 600 limousine and that is what makes this car special and the reason why the owners of the other 300 SEL 6.3s for sale on ebay are asking over $50k.  But, you could easily spend another $50k getting this one up to the show car level of those two cars…or you could run it in its unrestored shape with some sweat and elbow grease. 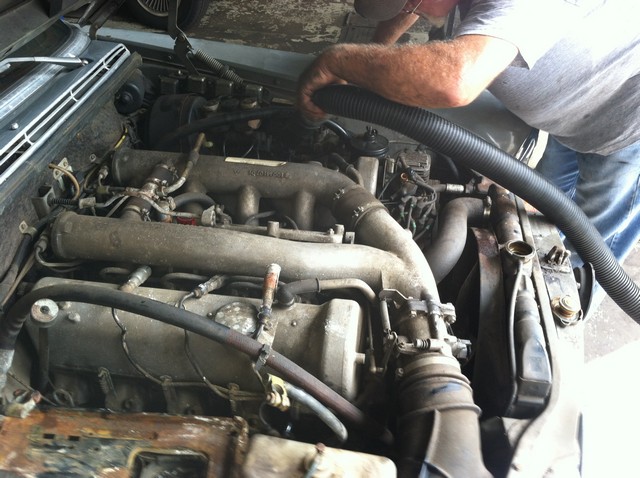 The 6.3 liter M100 V8 engine donated from the 600 limousine puts
out a remarkable (for the era) 300 horsepower and 368 ft-lbs of
torque.  It is a decently quick car today and a rocket-ship back when it
was new.  Grey mustache hair is necessary to be a good Mercedes
mechanic and thankfully the gentleman vacuuming out the engine bay in
this picture meets that requirement. Don’t let the pimply faced kids at
Jiffy Lube touch your German machine – they will leave pimple prints and
use the wrong fluids leaving you with something that runs and shifts like a Dodge. 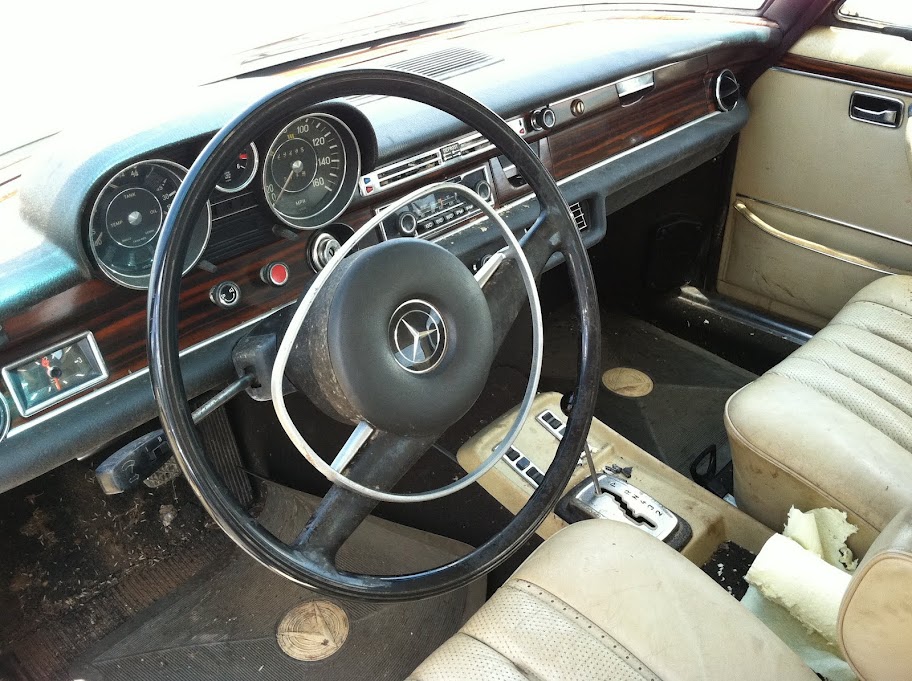 Inside this ‘barn-find’ the car doesn’t look too bad – aside from being dirty.  It has a claimed 29,295 original non-rolled over miles on the odometer and it has been in storage since 1977.  All US bound 300SELs came with automatic transmissions – so no rowing your own gears in this thing – but its an autobahn crusher, not a canyon carver. The seller mentions some issues with the air bag suspension leaking – which could explain why it looks ‘hella-stanced’ in these pictures – but it shares the same air bag system with the non 6.3 liter “L” long wheelbase models, so getting new/used parts shouldn’t cost too much…. 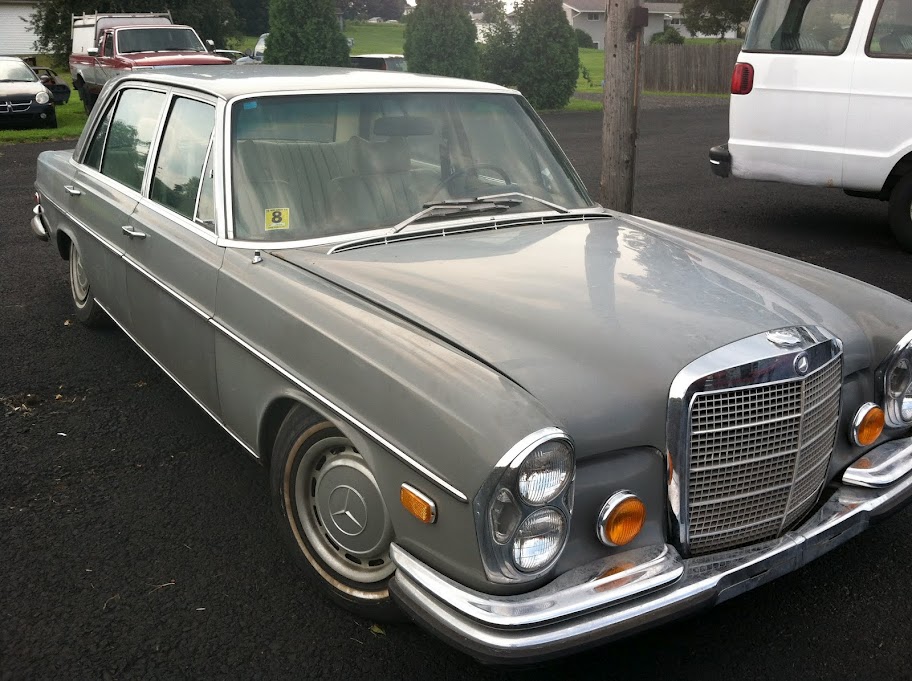 We actually prefer the bullet style front yellow turn signal lamps of the pre-1969 models, but this one is only missing its crosshairs emblem and some diplomatic flags to give you that ‘dictator’ feeling.  The only major question we have about this car is the issue of ‘missing its title’ and ‘sold as parts car only’ and it’d be best to check with your local DMV to understand the consequences. We’d have a hard time not converting this car into a tribute to der “roten Sau” if it was in our driveway.  Does this pig need more than lipstick to get you to love it?

Update 8/9/2012 11PM PST – Looks like this one has gone to another home.  Lets hope gets driven around as is and doesn’t show up concourse restored at auction for $55k in 6 months to live a pampered never driven life in a Beverly Hills garage.