The Ford Thunderbird started life as a lithe 2-seat sports car competing directly with the Chevy Corvette – but by 1967, by then in its 5th generation, it had morphed into a more upmarket and gigantic 2-door, and was being driven upmarket by sales of the super popular Ford Mustang.  It was restyled in 1969 to include a prominent bird beak and we found an incredibly clean example; this 1970 Ford Thunderbird Landau Brougham is for sale in Albuquerque, NM currently bidding on ebay for $9,570 reserve-not-met with 2 days to go. 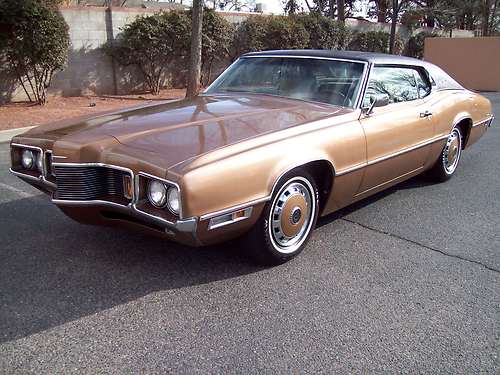 The 5th generation Thunderbird deviated from previous generations by changing from uni-body to body-on-frame construction – which brings with it a considerable amount of weight – 4350 lbs to be exact in this T-bird.  The extra weight adds a sense of stability and comfort but also taxes performance and fuel economy in a major way. 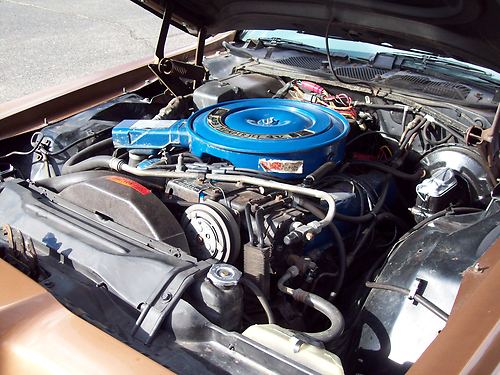 This Thunderbird is equipped with engine code N – meaning it has the 429 ThunderJet engine (known as the 429 CobraJet when installed in the Mustang) – a big block beast that was originally added to passenger cars for NASCAR homologation purposes.  Displacing a massive 7.0 liters and equipped with a Motorcraft 4-barrel carburetor the ThunderJet puts out 360 horsepower and 480 ft-lbs of stump pulling torque. 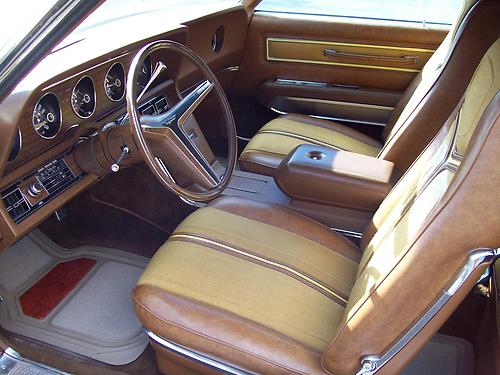 Inside, this 40k mile Thunderbird looks in excellent shape – partially leather seats are rip free, the dash top looks crack free and the wood panel dash isn’t peeling at all.  It is seriously clean and we can almost smell the ’70s by looking at the pictures. 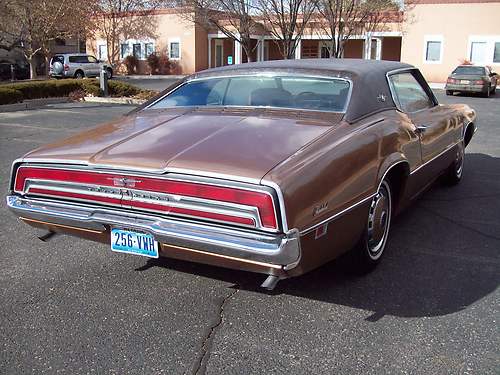 We’d be remiss not to mention the seriously sweet vinyl landau top adorning this ‘sportsroof.’  The dark brown on brown color scheme is particularly groovy and we hope the original sequential rear turn signals are still functioning properly.

We found this vintage Thunderbird Landau advertisement and apparently if you were a well-to-do pilot for Pan-Am in the 70s, this was the car to drive.  We can’t argue with that.

See another Brougham we need to feature?  email us here:  tips@dailyturismo.com