The BMW E9 coupe was built from 1968 to 1975 -and was BMW’s premier offering in the sports coupe segment.  The well known 3.0 CS & CSL are high value classics pampered in air conditioned garages – but this 1970 BMW 2800 CS with 4 speed transmission is living in a cardboard box down by the river… its also currently bidding on ebay for an affordable $4,550. 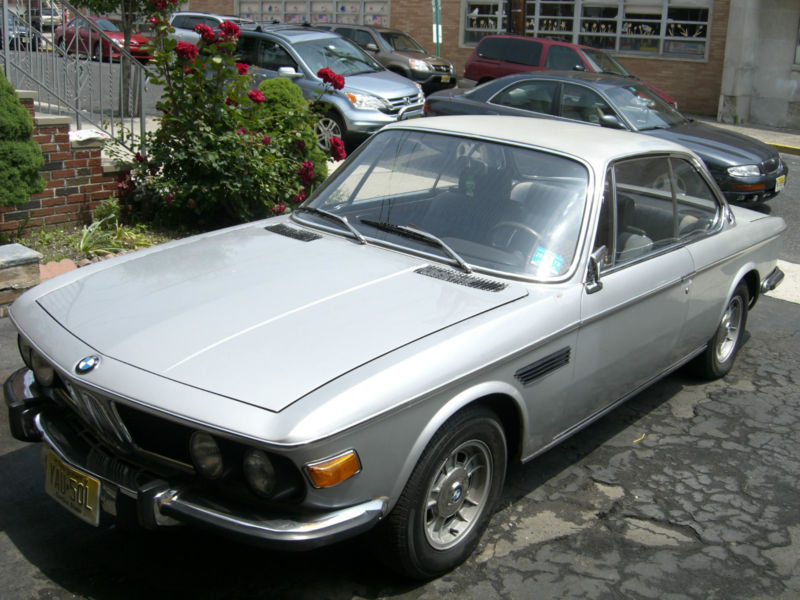 The E9 is a beautiful car from any angle – it has classic coupe proportions, cool looking vents on the fenders and a Hofmeister kink accenting a thin pillared greenhouse.  The US federal bumpers are a bit of a zit on the super-model’s nose, but an enterprising person could source European market bumpers to give it that “Euro” look. 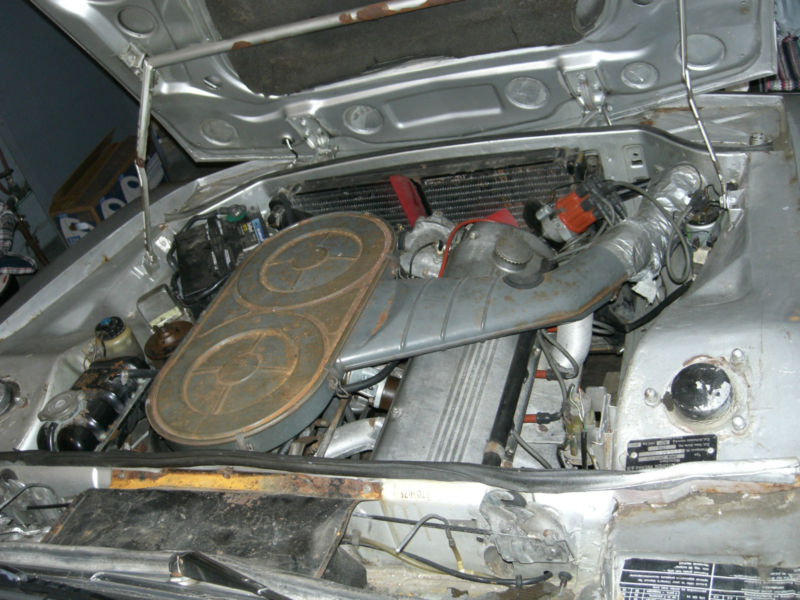 Pop the trick front-hinged hood to reveal the 2.8 liter twin carb inline 6 putting out 175 horsepower and 185 ft-lbs of torque.  Unfortunately the engine bay looks a bit like a set from the movie 7even…also known in the biz as “well patina’d” or “unrestored, original condition”.  We will call it filthy and rusty. 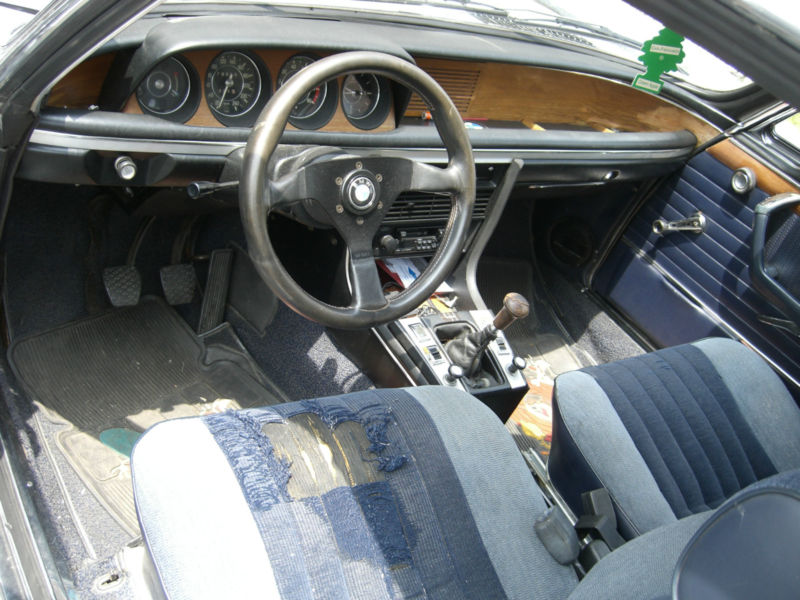 The interior also looks a bit like the scene from a horror movie – but its nothing that some time,cash & commercial disinfectant won’t solve.  Fortunately for us, this car is equipped with a manual 4spd transmission

and we’d be tempted to just throw a seat cover in it and drive it around as-is. 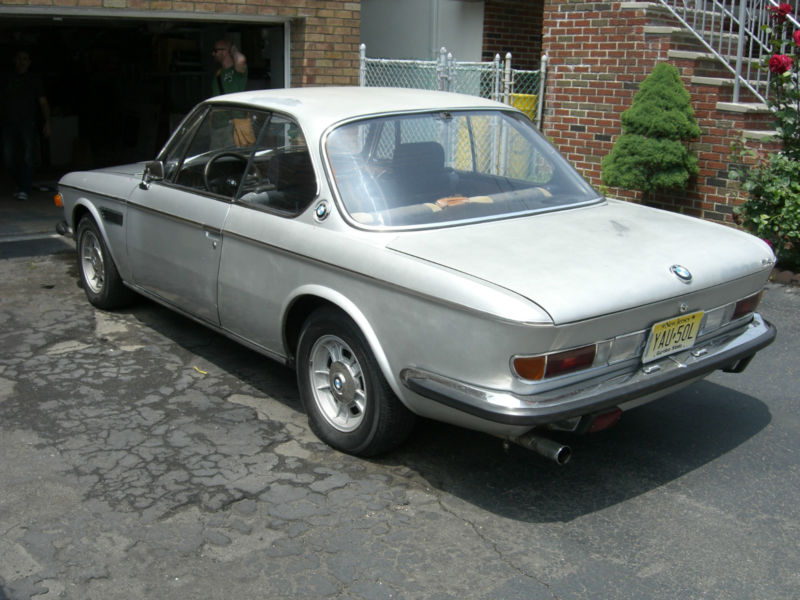 We love the simple rear end and single exhaust pipe that will announce your appearance with a typical BMW inline 6 growl.  The paint on this car needs some attention – but if its the original paint, we would be attempted to just clean/polish it and leave it alone, no need for some Earl Scheib job that will flake off in 6 months and the price of this car won’t justify an $8k paint job from a place that won’t paint your weather stripping. On the plus side this car is 1 of 415 CS w/4spd built in 1970, so it does qualify as rare – but parts prices are going to reflect that rareness and we aren’t sure about availability for items like interior plastic bits.