We had such a great success with a Volvo 122S named Helga, that we decided we would post the next good example we could find…it was that or some kind of hideous bat-mobile based on a Fiat spider.  It (the Volvo, not the BiatMobile) came sooner than we expected in the form of a tip from one of our readers:  this 1968 Volvo 122S Amazon is a real peach and can be picked in Windsor, CA for $12k via craigslist. Special thanks to Biker Jen for the tip! 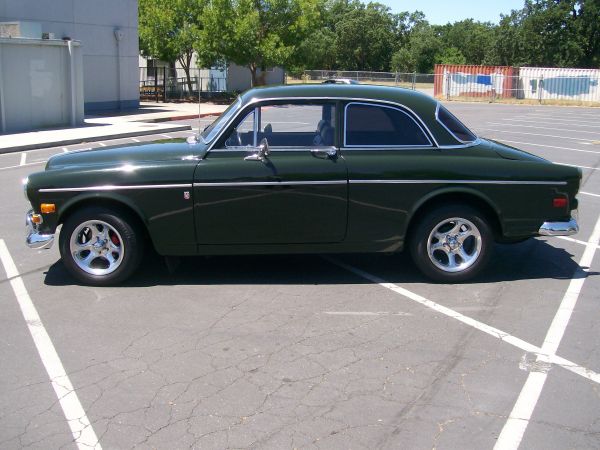 This 122S is in Amazin condition!  Sorry, we couldn’t resist…this thing looks fantastic in the photos and we hope it runs/drives as good as it looks.  The seller claims it is a ‘great wine tasting car’ – we aren’t sure if this is because police DUI checkpoints are less likely to give a breathalyzer to a wino in a classic Volvo, or because it has a wine stain resistant interior… 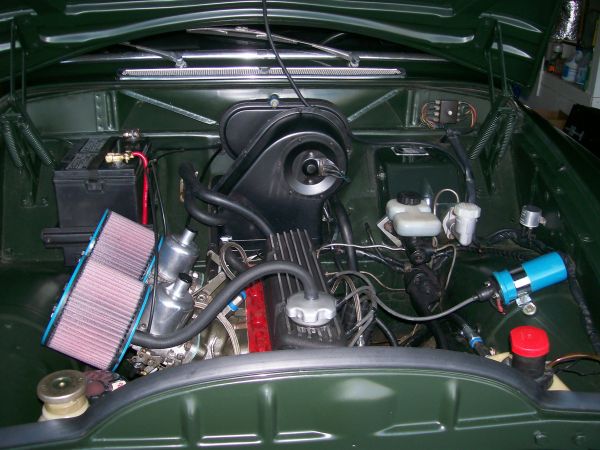 Under-hood, most cars look like Miley Ray Cyrus’s underwear drawer – a complete mess – but this one looks more like Tom Cruise’s sock drawer – a well sorted set of sensible items arranged by a group of Scientology acolytes who aren’t allowed to talk or make eye contact with Mr Cruise and have to wear white robes with hoods (we assume they would be blond, fit and shorter than 5’7″).  The white hooded eunuchs have done a great job of cleaning this 1.8 liter B18 4 cylinder that makes 118 horsepower (it is most likely the B18B fitted with dual carbs and higher compression) and is fitted to a 4 speed manual transmission powering the rear wheels.  It won’t be enough thrust to race in NASCAR – but you could relive the Days of Thunder rental car race and keep up with a stock ’80s Chevy Celebrity without a problem. 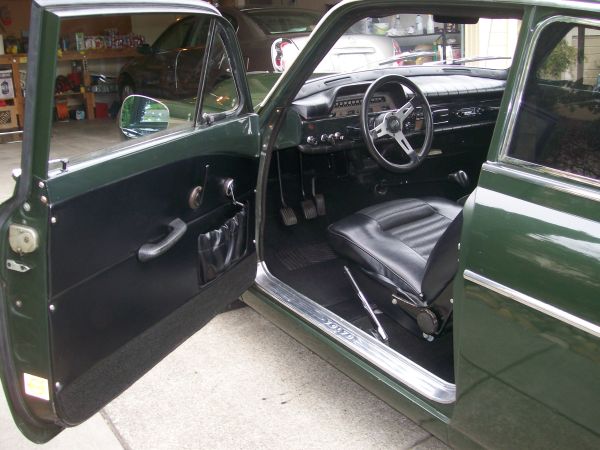 The interior of this grapevine cruiser is in remarkably good condition – it has probably had some pieces replaced or restored – but it looks like a much better place to spend an afternoon than some old Volvos that have become hippie nests (the kind with all sorts of nasty blankets, tissue boxes and empty coolant bottles). 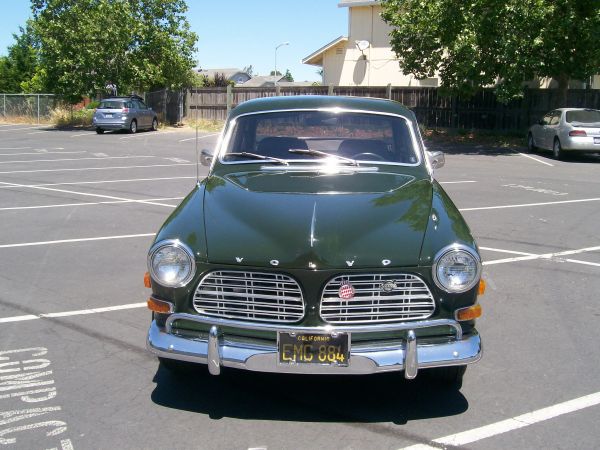 This Volvo is equipped with California black plates giving the impression that it’s a California car – but the EMG prefix on the plate indicates that the plate was a 1965 or 66 issue plate and it has probably been put on the car via the CA DMV year of manufacture (YOM) plate program and so it may not be an original Cali car or the original plate was replaced at some point in time.  This doesn’t diminish its minty clean appearance, but it is something you want to check with the seller about.

See another ‘it ain’t easy being green’ machine for sale?  email us here:  tips@dailyturismo.com