Our West Coast and dry climate readers probably get spoiled seeing clean, intact vintage cars running around on a day to day basis, and probably don’t have much trouble finding a vintage ride of their own when they start looking (unless they are looking for a Dymaxion car or a Tucker, that is). But for those of you DT faithful in the rust belt, Midwest and the Eastern US – we know you have a harder time finding classics that haven’t been rusted into the ground. But look no further than Daily Turismo if you are in the Midwest and looking for a curvy Volvo wagon that still has some unoxidized iron left – like this clean 1967 Volvo Amazon wagon being offered for $8500 at East University Imports Service in Des Moines, Iowa. 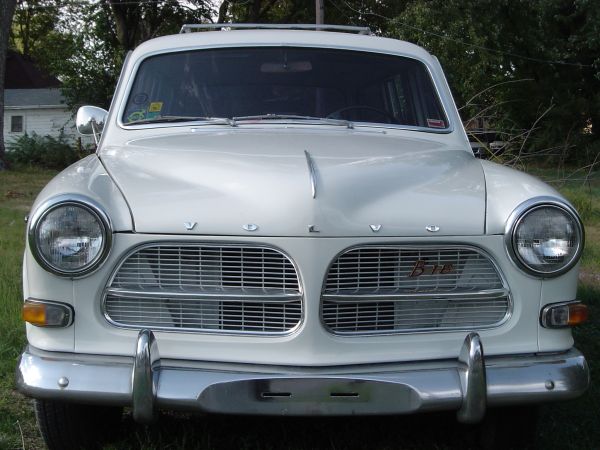 We went ahead and gave this Amazon (aka 122S) wagon the DT ‘Minty Clean’ badge because we’ve never seen one so nice in a craigslist ad until now. The paint looks factory fresh – but the seller says that it has had a recent respray. It looks like a quality job, and its sterile bar of soap color scheme is strangely attractive. Maybe it’s because it makes us think of a Swedish ambulance…full of Swedish nurses…all it needs is a red “+” sign on the front doors, a gurney in the back and a light bar on the roof (and probably those nurses too; we don’t see any mention of them in the ad). 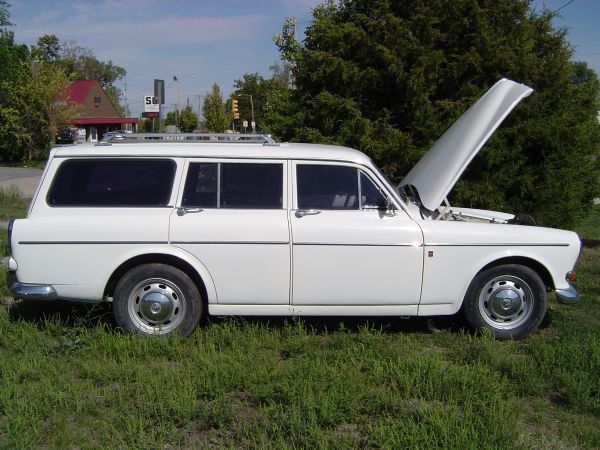 The valve cover looks to have had a recent repaint and the air filters look fresh, but other than that the engine appears to be unrestored. That’s fine with us; the more original something is, the more honest it is, and a slightly rusty but clean original engine block tells us that it has likely been maintained well and not recently spray bombed in a “lipstick on a pig” attempt to sell a tired old wheezer. This engine is a 2.0L B20 – 200cc larger than the original B18, and it has an alternator conversion meaning the original obsolete generator was replaced with something that won’t make your headlights go dim when the engine speed drops to idle. 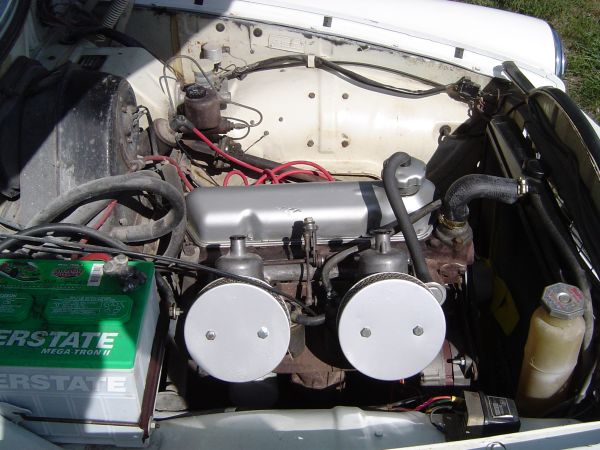 Only one interior shot is provided by the seller, but from what we can see it looks great. The padded dash appears to be crack-free, no spaghetti tangle of wiring is visible hanging down below it from ill-advised attempts at electrical customization by previous owners, and the seats are not covered with snuggly-soft sheepskin covers to hide splits and missing foam – so we would bet it is nice and serviceable. DT has featured this sellers wares previously, in fact it was another vintage Volvo wagon, this 1968 Duett that was submitted as a Roadkill find. It is funny to think that Volvo made both this car and that one simultaneously (for a few years anyhow), but the Duett was more of a farm implement, a working wagon or delivery vehicle, while the Amazon was Volvo’s first truly modern car and capable of hauling the family in comfort and style. 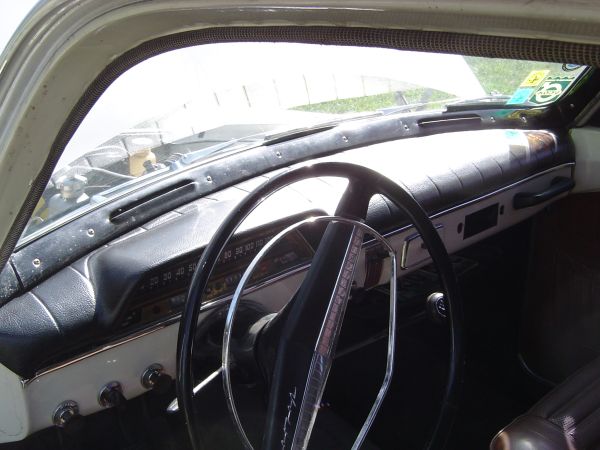 We’ve touted the benefits of Amazons before here on Daily Turismo – they are simple, unit-body, decently handling and mechanically solid cars with just enough creature comforts to still be usable as daily drivers in the 21st century without having to don a pair of aviator’s goggles to keep the hemorrhaging coolant out of your eyes, or a scarf to keep the icy draft from the leaky door seals from giving you pneumonia. Whew – those were two hard words to spell. Hemorrhaging and pneumonia. Hemorrhoids on a Pterodactyl! 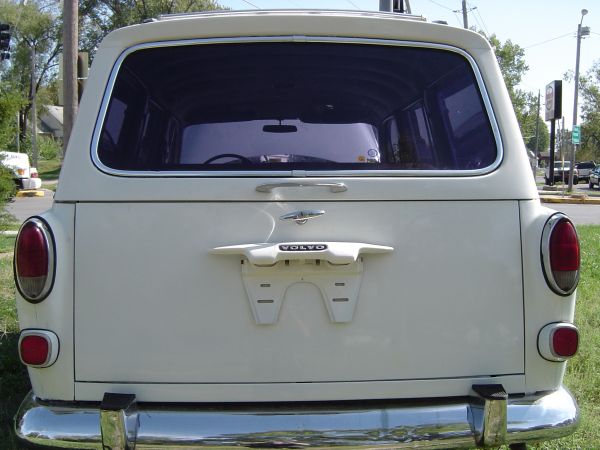 If you live anywhere with in driving distance of Iowa and you’re hungry, first head over to one of the Machine Shed restaurants for some Andre the Giant-sized proportions. Then drive over to Des Moines and pick up this Amazon, so you’ll have plenty of cargo room for those crates full of chocolate covered bacon and Krispy Kreme Cheeseburgers to take back home. You might want to bring along a Swedish nurse with a defibrillator, but it will be a ride to remember!