Chevy released the Camaro in 1967 to compete with the Mustang and it was an instant success.  Long before the Camaro became fodder for mullet humor and the punchline to any joke involving Mississippi and milk crates, it was a good looking pony car available with a multitude of inline 6 and V8 engines.  This 1967 Camero is an original owner car for sale on ebay with a buy-it-now price of $10,550 and it seems odd that it hasn’t sold yet…but perhaps its because the correct spelling is Camaro, not Camero. 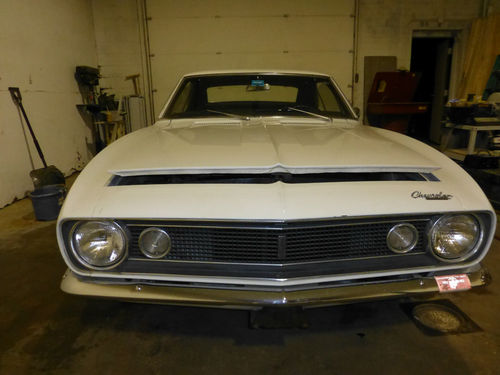 It is not unreasonable to assume that this Camaro was driven by a little old lady, given its one owner status and inline 6.  Many young women loved the looks of muscle cars and often didn’t care about doing burnouts and winning races (although clearly they are impressed by men who do these things for them…).  Anyway, these women would buy the inline 6 version and just drive it and many years later they would be little old ladies and their cars would be sought after relics, having never been converted to run on ethanol, tubbed or painted with a mural of an Aztec landscape. 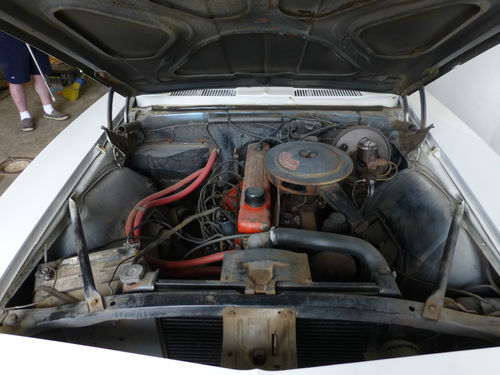 This Camaro is powered by a 4.1 liter ‘Turbo-Thrift 250’ inline 6 making 155 horsepower and 235 ft-lbs of torque.  Power is put to the pavement via a powerglide 2-speed automatic that is claimed original and numbers maching with only 69k miles on the odo.  It’ll be slow and not particularly ‘thirfty’ on gas, but it will run on cheap gas and probably outlast the rest of the car. 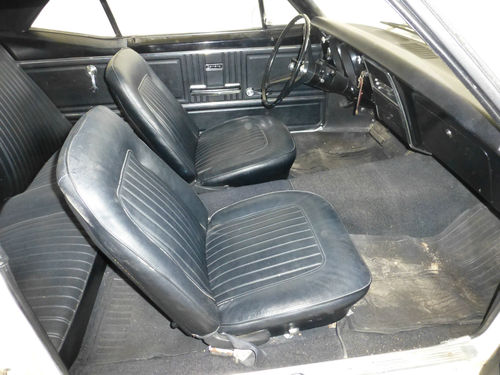 The interior of this Camaro looks dirty, but not horrible, it could probably use a good cleaning and some wear items replaced, but thankfully the 1st gen Camaro is one of a few classics (like the Mustang, Corvette & Beetle) to have a fantastic aftermarket with just about every part being offered for sale via magazines and the internet.  You will be thankful you didn’t buy that Borgward Isabella when you need to buy a window crank lever or ball joint…trust us. 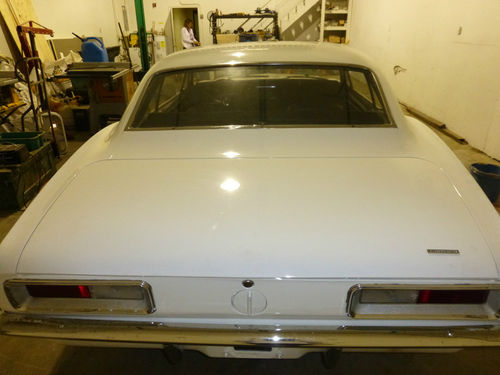 The paint isn’t original, but looks ok for a daily driver; it was originally a Nantucket blue metallic but was resprayed at least once in the last 40 years.  We couldn’t think of a better stealth color and we would strongly consider an swap to a modern LSX/6spd swap – but sort of like the idea of a ‘turbo-thrift’ original condition cruiser to drive with a nice patina on it.  But that’s not a bad dilemma to have…

See another Camero for sale?  tips@dailyturismo.com