The Ford Country Squire was a full sized station wagon build on Ford’s Galaxy platform  (and later the LTD).  The fourth generation Country Squire (1965-1968), based on the third generation Galaxy, was available with a smorgasbord variety of engine options and Ford’s nifty magic door gate (more on that later).  This 1966 Ford Country Squire has been through a major restoration and is avialable in Los Angeles, CA for $11,300 via craigslist. 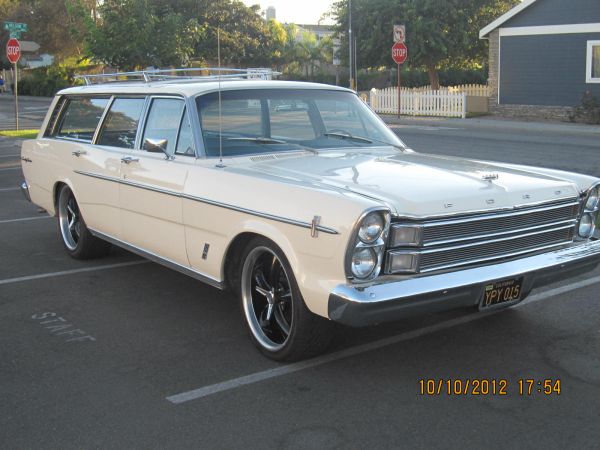 This Country Squire has been (recently?) restored with a new paint job and new chrome and looks great in the photos.  It is hard to judge the actual condition of a paint job with a photograph because this could be anything from a $500 Earl Scheib special to an $8000 custom job from a reputable shop in town.  It would be important to verify the costs associated with this respray and stay away from new & cheap paint.  A cheaper paint job is OK if it has had 1-2 years to settle down; any issues should show their ugly head by then – but if it ‘was painted 3 months ago’ be sure to budget for new paint from a good shop in any offer. 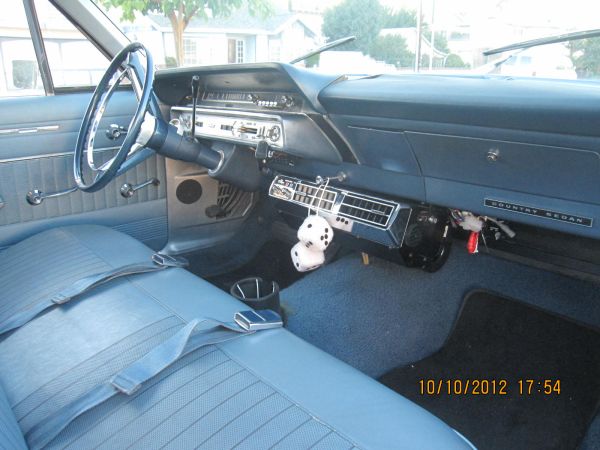 Inside of this wagon looks great – dash, carpet, seats all look really nice – we assume this car has lived in a garage or the interior has been recently restored with new parts.  The seller neglects to include a pic of the engine in his ALL CAPS ASSAULT ON OUR SENSES…so we hope this thing isn’t powered by a weezy 3.9 liter ‘thirftpower’ inline 6 – and hope it is one of the handful of V8’s available in 1966 – the 289 Windsor (4.7 L), 390 FE (6.4 L) or 428 (7.0 L). (update: we’ve found out that this car has the 352 FE engine and some bubbly paint near all for lower door edges…ick) The column shifted 3 speed automatic will match the cruiser feel to this 5000 lb boat – but don’t expect it to turn quickly or stop immediately with those tiny drum brakes at all 4 corners. 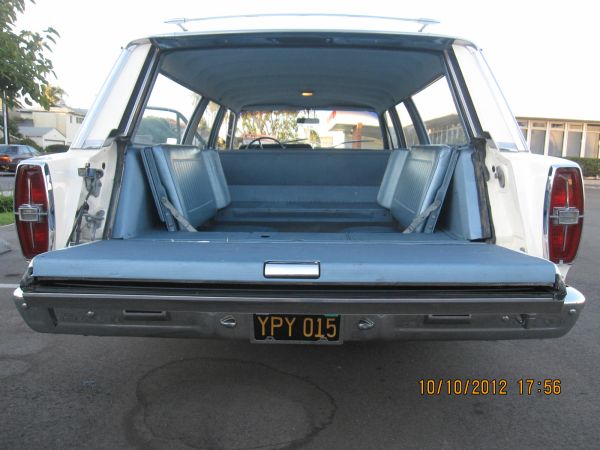 The Magic Door Gate was Ford’s version of the swing out or pop down tailgates that were fitted to American station wagons in the late 60s – a cool touch when loading the 3rd row of passengers.  The Ford final row seats faced toward each other and leg room is adequate for small kids or shriveled elderly relatives.  This car wears a 1969 issue California black plate – so there is a chance it is still rust free and hasn’t seen any nasty winters, however the front plate has a shiney year-of-manufacture yellow sticker, so this car could have been re-plated recently under the California DMV YOM plate program – be sure to double check all the sellers paperwork, as this car won’t have a carfax or autocheck history. 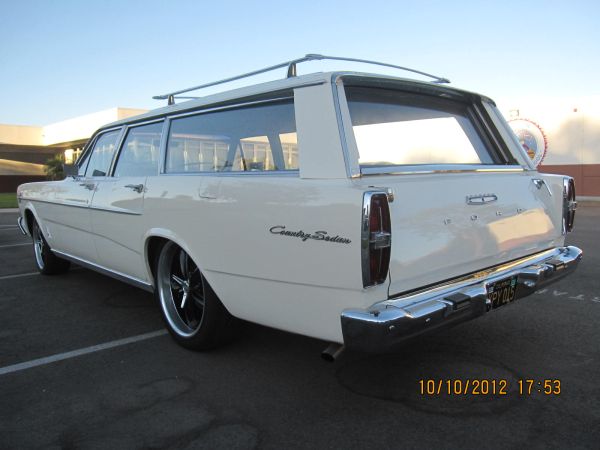 We really don’t like the dubs that this car is riding on – why you’d put 20 inch rims on a car with 10 inch drum brakes is a mystery to us – but they could probably be sold for a few dollars and you could put some 13 inch Magnum 500s or stock steelies back on to make it look nice again.  We think these vintage station wagons have some room to appreciate and this one deserves a second look if it has a V8 and good paint.

See another classic wagon for cheap?  email us here:  tips@dailyturismo.com