We would like to dedicate this post to Ralph Nader’s failed attempts mess with the public.  While he is most recently remembered for his lack of impact on past presidential races, he’s more notoriously remembered as the guy who helped drive the nails into the coffin of an otherwise lively little car; the Corvair.  The second generation Corvair offered from 1965-1969 was both the evolution and the swan-song for GM’s domestically produced answer to the onslaught of imports.  For a brief moment, there was a Corvair for just about every garage, as it was offered as a two door, four door, station wagon, pickup and convertible.  If that sounds vaguely familiar, it is the same formula that VW used so successfully in introducing the US to the ‘less than 2-ton’ car.  Before the haters start in, how many old (fill in the blank European brand) are still powering dune buggies 40-yrs after their bodies were compacted?  This ‘66 Corsa Convertible currently up for bid on Ebay with 4-days left to run is rapidly clawing its way towards $7k and we expect the price to continue to climb on this car even though it is far from perfect. 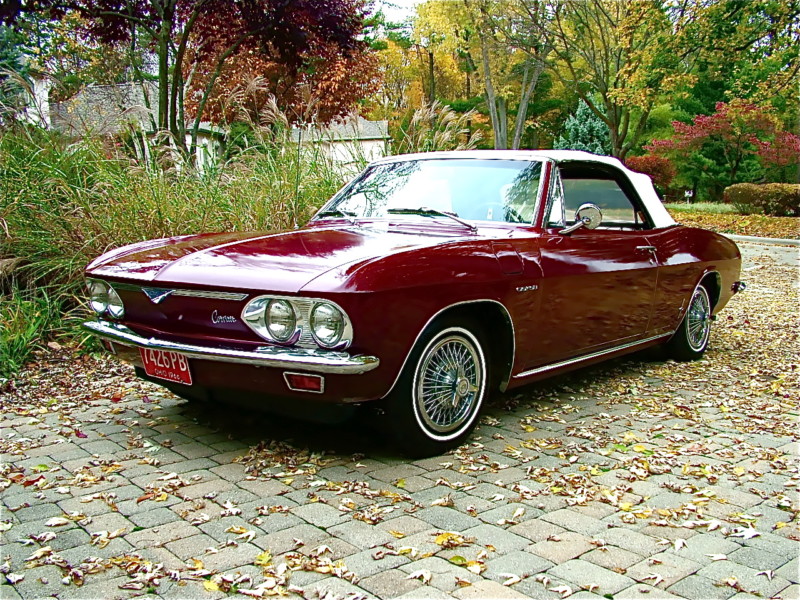 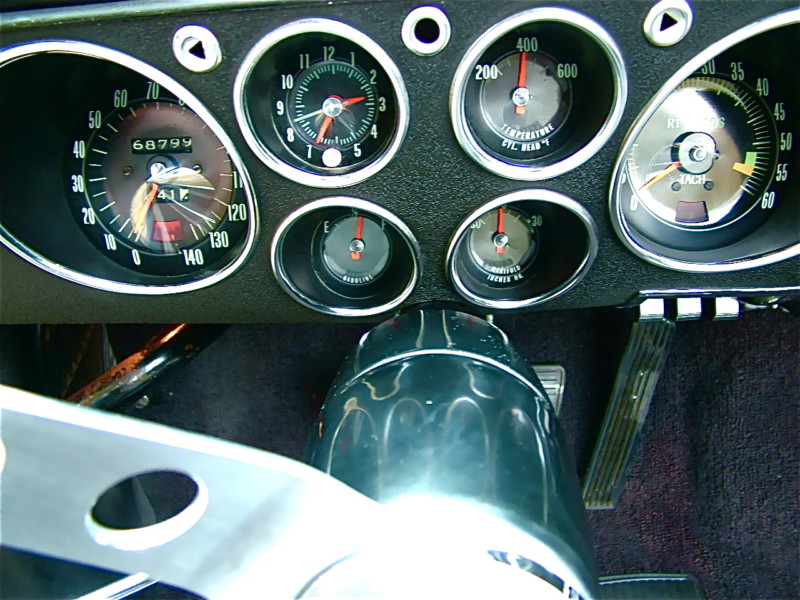 The Corsa has a much more complete gauge package, quicker steering, distinctive argent silver back panel and is powered by the quadruple-carbed 140-hp flat six, whereas the lesser Monza was the ‘lite’ version with only ½ the carbs and 110hp. The Corsa’s also came with a more complete (read: European) level of instrumentation. This car  has the sportier Corsa steering wheel but lacks the telescoping feature that was so popular in ’65-66.   It also has a boat-load of documentation to go with it. 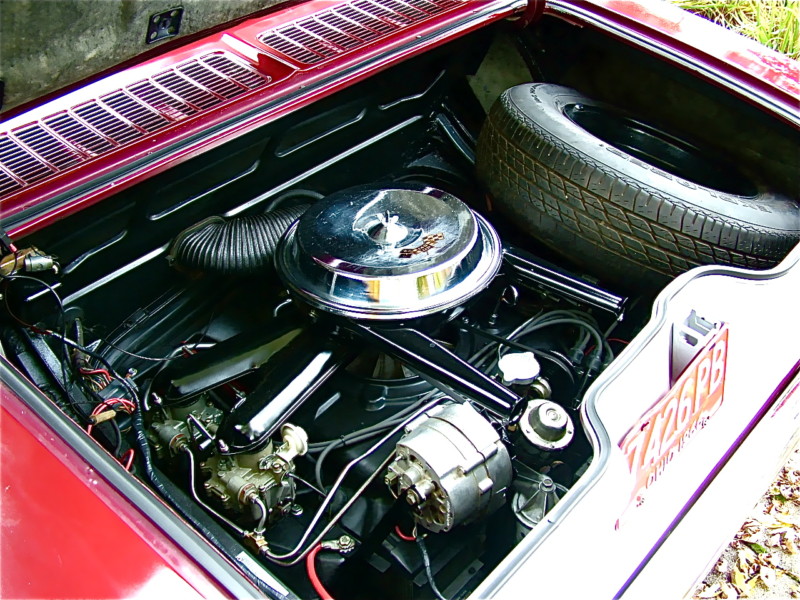 Now for the quiz.. This engine is also described as original miles. But the seller also adds (further down in the notes) that the odometer just recently quit working and that they will certify the mileage. Question: What’s the beauty of buying cars on Ebay?  Answer: Having the ability to look at the seller’s most recent purchase which reveals a replacement odometer for a Corvair was purchased on Oct 17th. My advice would be to call the seller, there’s probably a very reasonable plan in the works. 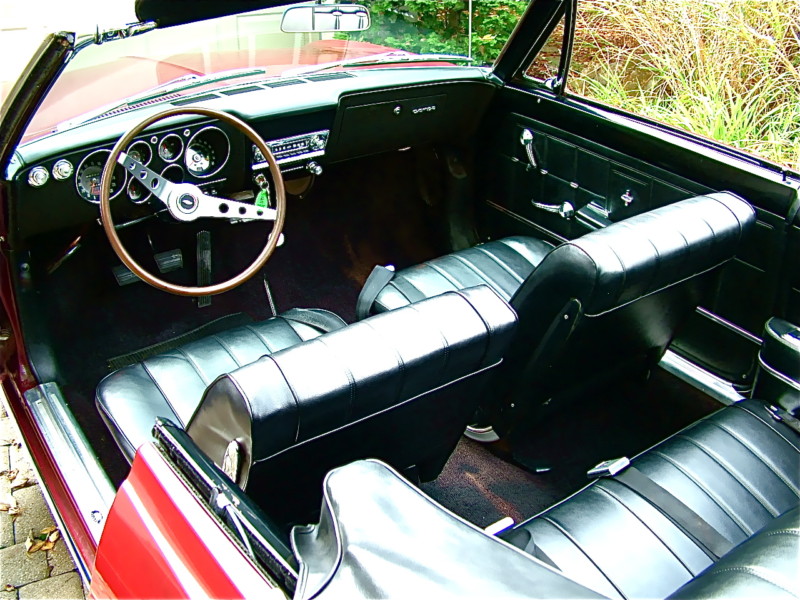 The interior on this car looks great for its age and is represented as original.  The seller notes that this car was repainted years ago, but it looks like it should be stripped and painted again.  There are some pretty gnarly looking grinder marks around the gas cap and several other shots show paint that is as hazy as my prom night memories! 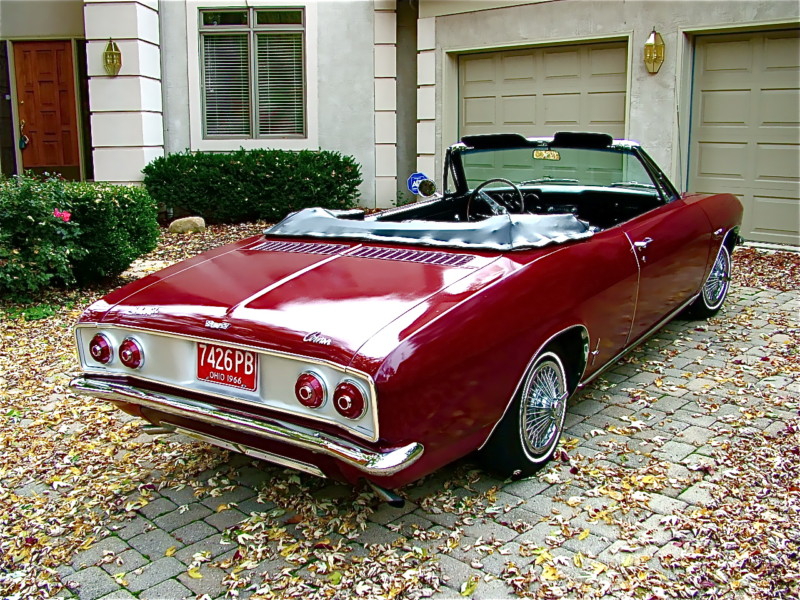 Consider this car in the context of all other 1960’s smallish convertibles.  It has a modestly sized 6-cylinder engine offering reasonable acceleration that many will find surprising compared to far more exotic European rides which were sporting smaller 4-cylinder engines at a much higher price point.  Even with the Corvair convertible’s considerable body flexing, its handling will be a pleasant surprise to most.

[Written by special guest contributor “The Berg” (not to be confused with the Borg) owned a Red Corvair Convertible and it drew more praise than he would have ever expected when first purchased.  The car was absolutely reliable, making it very cheap to own.  The Berg once tried to do a 5000 rpm clutch dump burn-out with 4 passengers loaded up inside including a future DT editor and the tires grabbed but clutch slipped.  It smelled like someone microwaved a bag of army men inside the Corsa for weeks.]


Have your own DT style article to submit – draft something up and email us here:  tips@dailyturismo.com what is the worst that could happen?