The Dodge Power-Wagon was introduced just after the end of World War II as an alternative to the military Ford 4×4 trucks, but it was the first military style 4×4 to be sold directly to the public.  This 1950 Dodge Power Wagon is for sale in Oregon for an asking price of $7500 via craigslist. 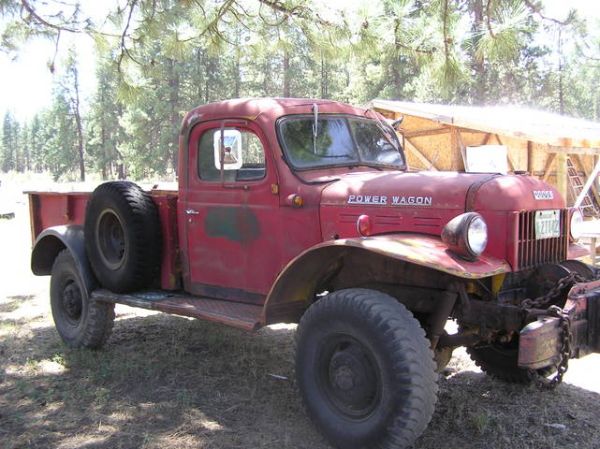 This 3/4 ton truck is based on a US Army specification for military vehicles and has a gross vehicle weight rating of 8700 lbs.  It could definitely be used for driving through a hoard of brain hungry zombies – all-wheel-drive will give the traction needed and a single speed transfer case mated to stump pulling low gears will give the needed torque for driving through post apocalyptic barriers with ease. 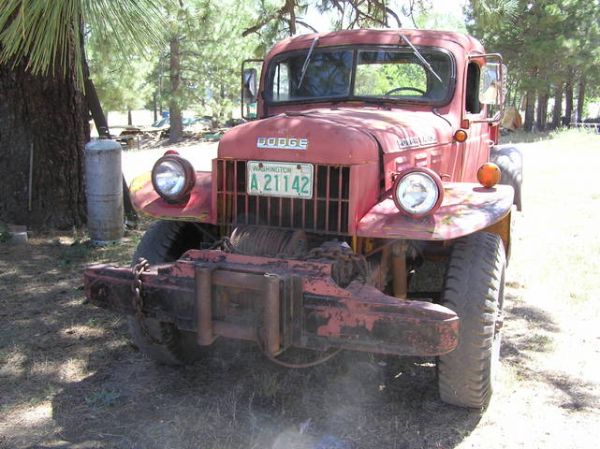 The Power-Wagon is driven by a 230 cubic inch flat-head inline 6 that makes a simple 94 horsepower.  It won’t be a fast car by any measurement, but its an engine that is tough as rocks and most repairs can be done with a knife/wrench.  Its not an engine we’d recommend you try and ‘soup’- up, if you want to go faster, replace it with an inexpensive domestic small block from your favorite bailed-out auto manufacturer. 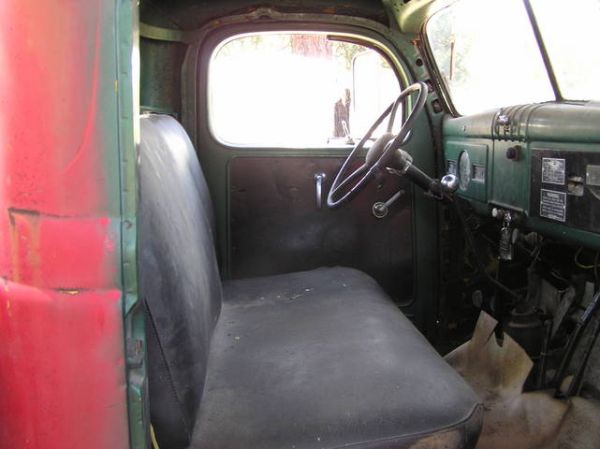 The cab was civilian spec and had a few more amenities than in the version designed for pure war duty, but this example isn’t in the best of condition.  It is essentially a piece of farm equipment, so we don’t expect key-less entry, bluetooth or heated seats.  Personally we like keys and not talking on the cell phone when driving, so we’d like our new or old cars that way too.

We included this vintage Dodge Power-Wagon advertisement to demonstrate the other reason this baby is Zombie-Proof:- the heavy duty winch on front and dual PTO (power-take-off) system will be very handy for pulling, pumping and using the engine power for all kinds of tasks that you’d normally need 110 volt electricity for.  Post apocalyptic power stations won’t be the state-owned smoke belching behemoths we see littering the countryside – they will be Dodge Power Wagons using crushed up Nissan Leaf’s (Leaves..?) for fuel and you should get yours before they all end up in garages of heavily armed survivalists.

Keep it stock or spend Porsche money on restoring it into a show car that won’t ever see tree pulling duty again…you decision!

See another Power player for sale?  email us here:  tips@dailyturismo.com