Tipper Adam F. sent in the following note this morning:

I saw this on REDACTED this morning and recognized it as a
car that was parked near my inlaw’s house for over 20 years.  I have
literally obsessed over getting it for a decade.  It’s a 1967 NSU Typ 110 (ed note: currently bidding for $465 on ebay with 1 day to go).  Here’s some information above what is in the eBay advertisement:
The car sat next to an abandoned saw mill in Greely Hill, CA and was
last registered in the late 80s (think the sticker said ’87). The many
times I stopped by and looked at it it has no rot-through in the body.
There is a square hole about 3×5 inches cut into the driver’s rear wheel
well, not rot, just a cut. Also a long, shallow dent on driver’s side
door. Taillight lenses are missing, but can be bought from a company in
Germany. I never got to open the engine lid to turn it. The floors
appeared solid. It actually held water in the footwells (leading me to
believe the pans are fairly solid). Seat covers and interior are shot,
although gauge pod is in good shape. The dust all over it is ash from
the recent Rim Fire in Yosemite (the car literally was 5 miles from the
SE fire line). The passenger side paint was fairly shiny as it was
shaded by a small pine tree.

Most of the car’s body is very straight and rust-free. 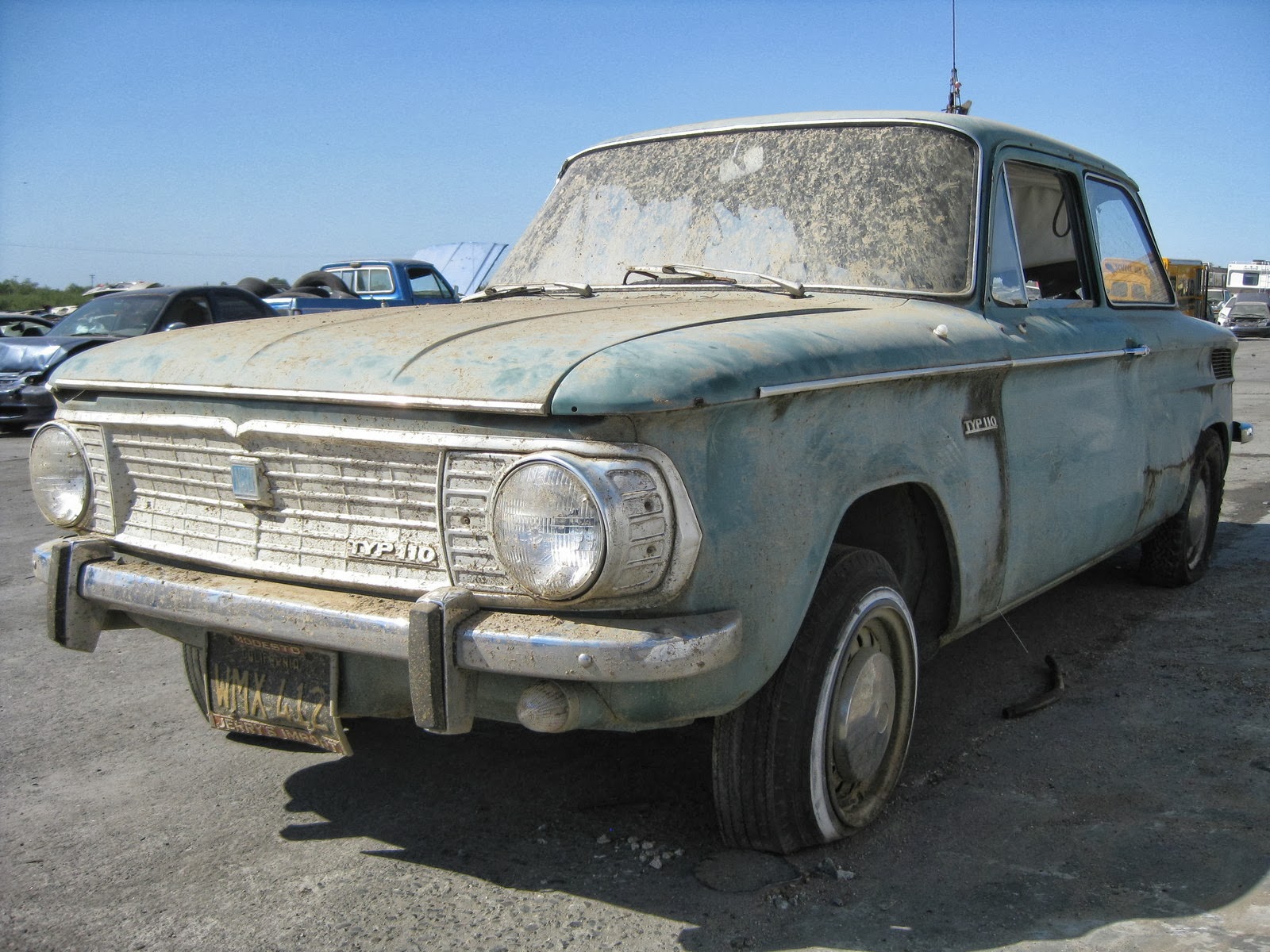 I just want to make sure it finds a home and gets restored…and hopefully whoever restores it, lets me know when it’s done.

We always appreciate a good insider view on what looks like a pile of crap in a junkyard – especially a pile German crap wearing a California black plate from the late 1960s with the style of a BMW 2002 and performance of a Beetle.  Bring something to tow this one home with…like a dolly or flatbed.

Read more commentary from the on the car here at Bringatrailer.com.