The BMW Z3 roadster was released in 1995 as the German answer to Chrysler’s Jeep offerings…wait…that isn’t right.  The Jeep isn’t a roadster. At least, I don’t think it was.  Define: Roadster; road·ster ˈrōdstər/ noun noun: roadster; an open-top automobile with two seats.  historical- a horse for use on the road.  A Wrangler has two seats, (that bench in the back hardly counts) and an open top…so I guess it IS a roadster.  Anyway, lifted Z3 was the perfect answer to the Jeep but this is the only one I could find for sale.  Find this 1997 BMW Z3 Offroadster offered for $2,800 in Denver, PA.  Tip from the Hack Mechanic. 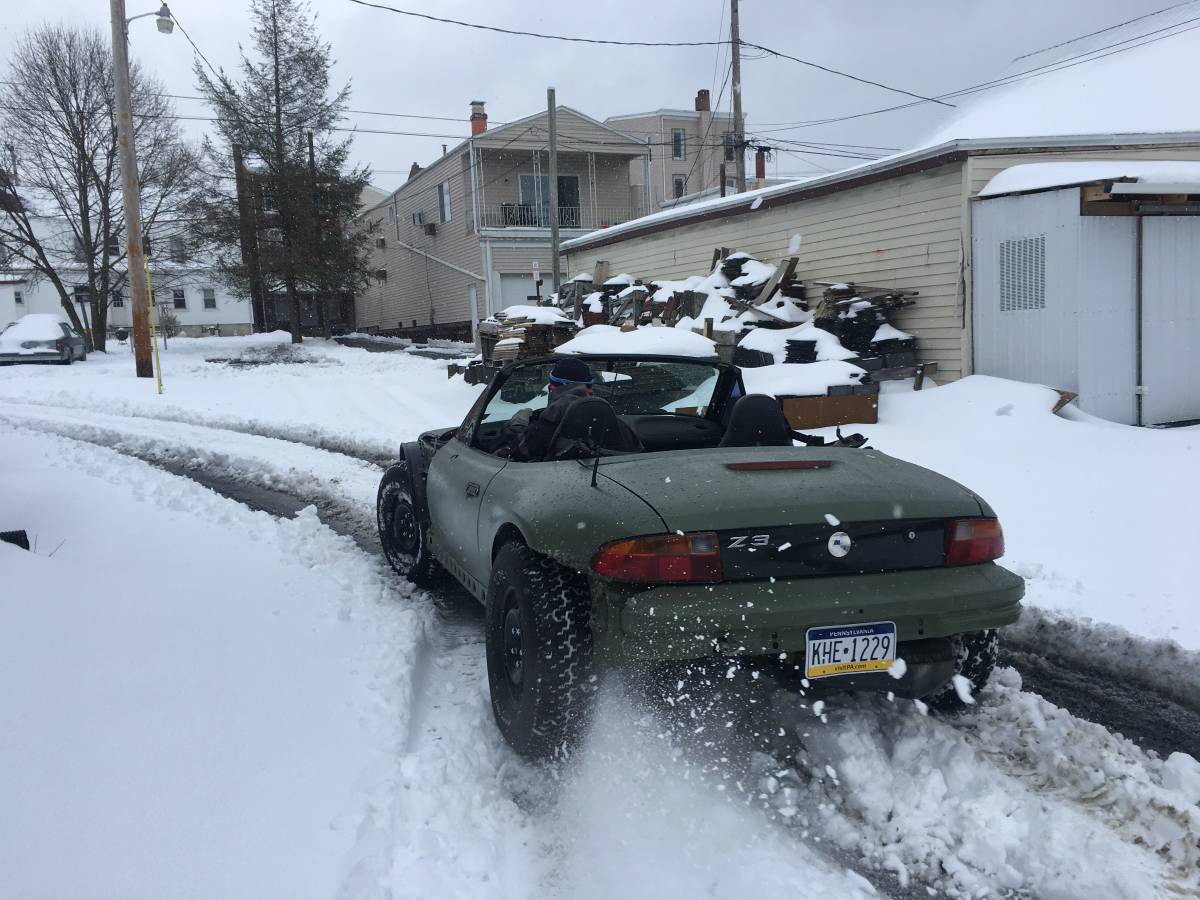 The Z3 made a big splash on the automotive scene when it was released and was snapped up by folks who wanted an upscale Miata with some large engine options and slightly less of a hairdresser’s car persona. 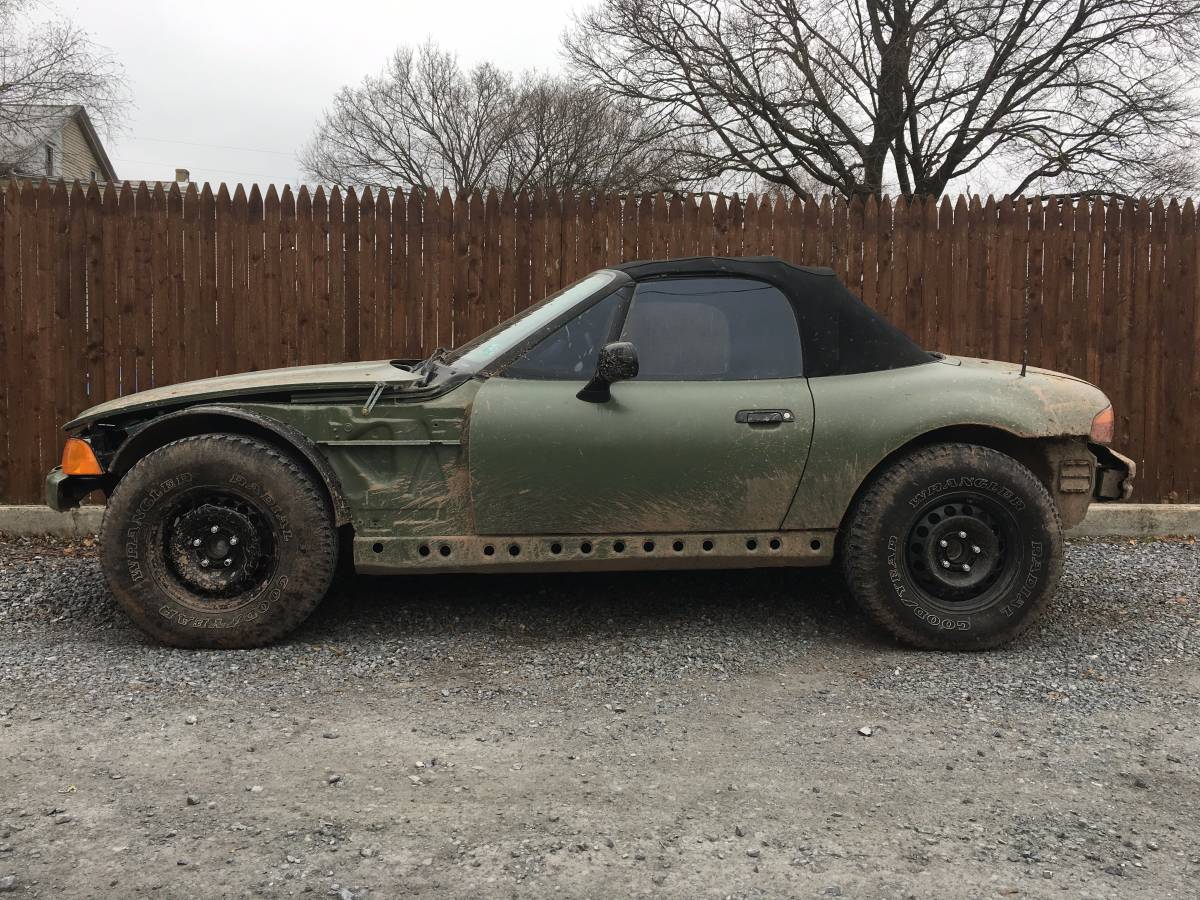 This Z3 has been given the full Mad Max treatment and is powered by an inline-6 from a 325i mated to a 5-speed manual box.  The car has been lifted with some springs from a heavier sedan AND the front “fenders” are made from Landscaping trim.  Awesome. 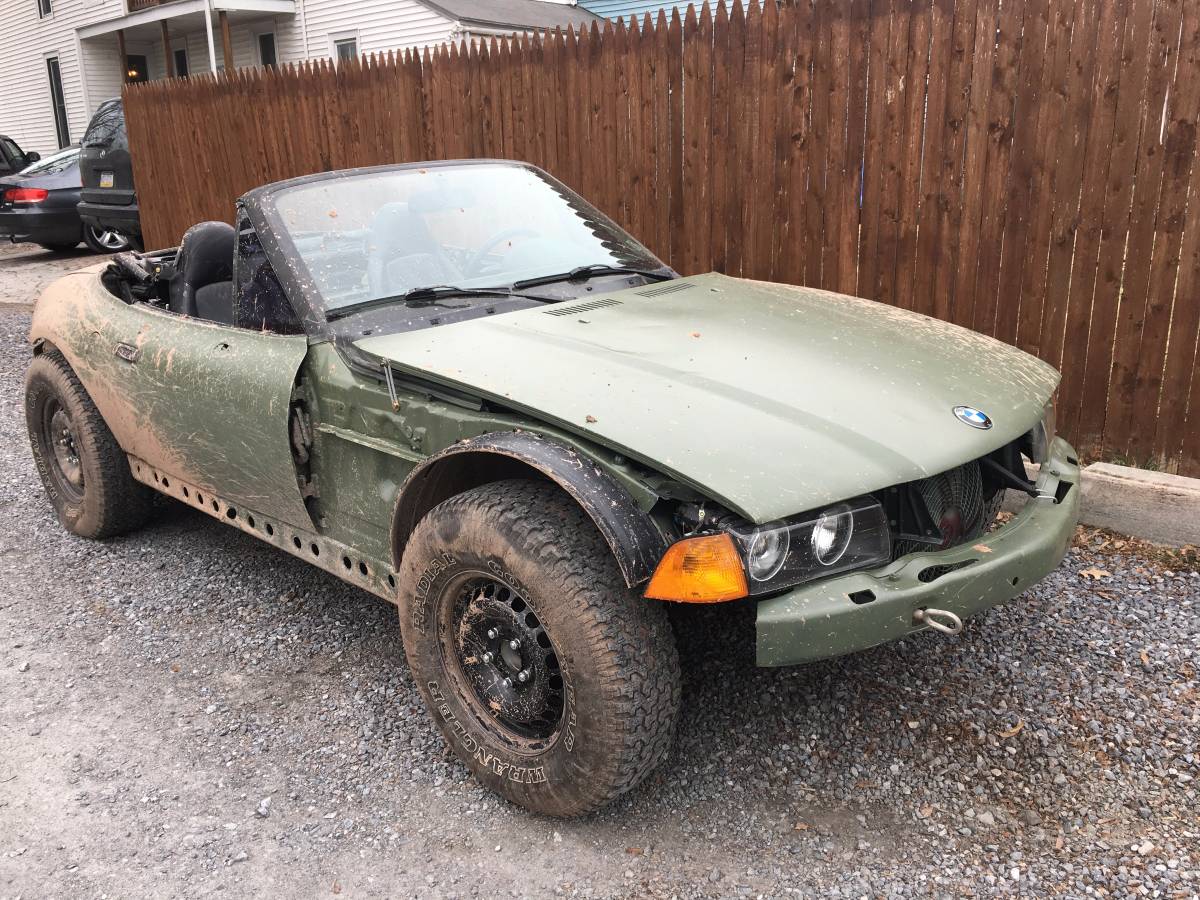