Finding a classic that is free from the biennial smog inspection requirements in California is simple, you need to stick to 1975 model year and earlier, which is tricky in the case of the 240 series Volvo because you only get one model year to choose from.  However, today’s example is the rare smog free example and has a few tricks up its sleeve. Find this 1975 Volvo 245 Turbo Wagon offered for $6,999 here on eBay buy-it-now located in Redding, CA. Tip from Andrey.

The Volvo 200 series nomenclature breaks downs as follows: 2– is the series, -4- is the number of cylinders in the engine, and –5 is the number of doors.  It isn’t as esoteric as Ferrari’s cc-per-cylinder badging or as cheaty as BMW’s current crop of numbers… 440i — really BMW…really? 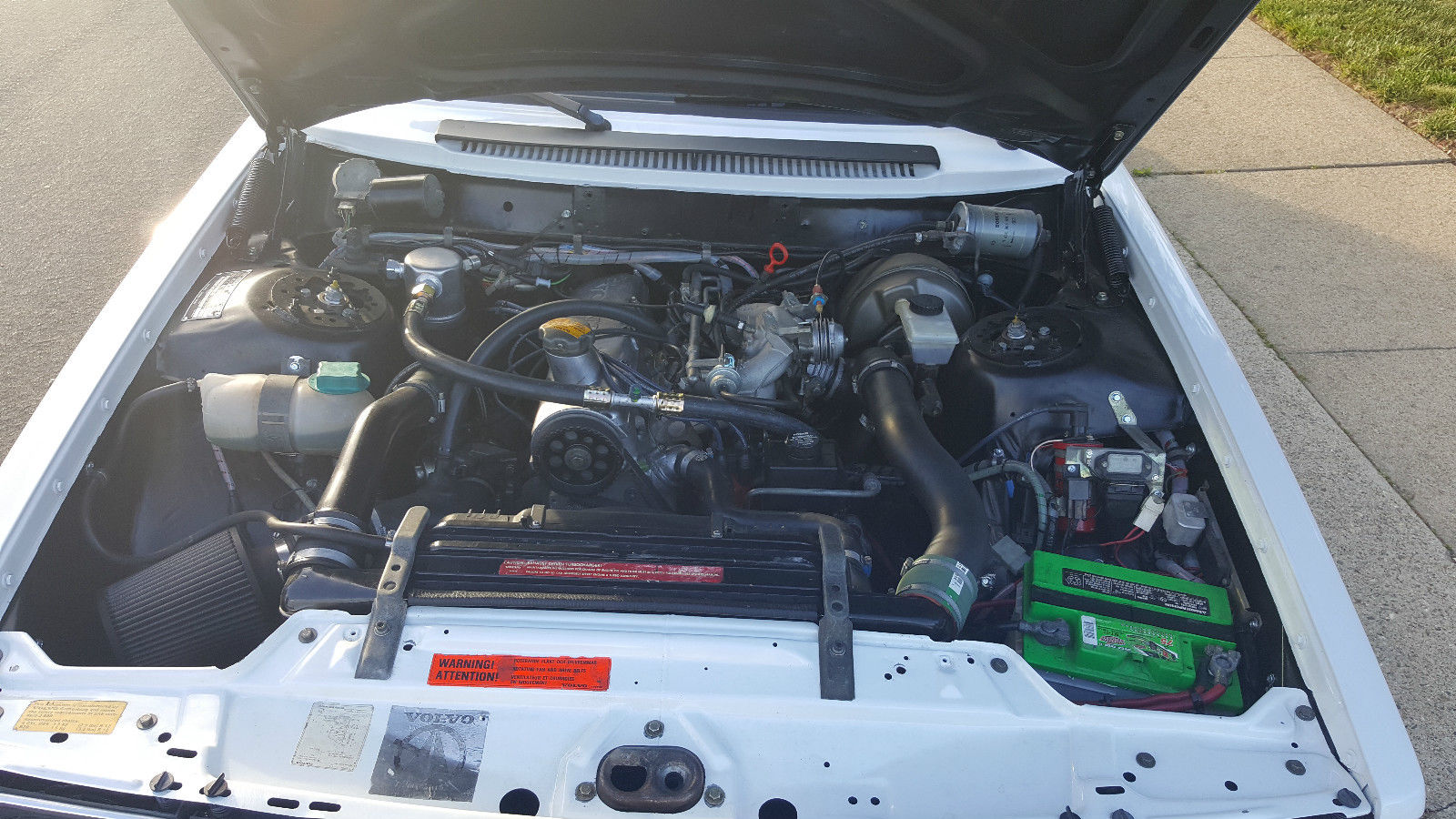 The ’75 240 originally came with a K-Jetronic fed pushrod B20 (the OHC B21 redblock was first used in the ’76 model year 240), but today’s example is powered by a later redblock inline-4 with a turbocharger and electronic fuel injection.  With an upgraded intercooler/turbo running 15 lbs of boost, and an M47 5-speed gearbox it should be decently quick for a brick. 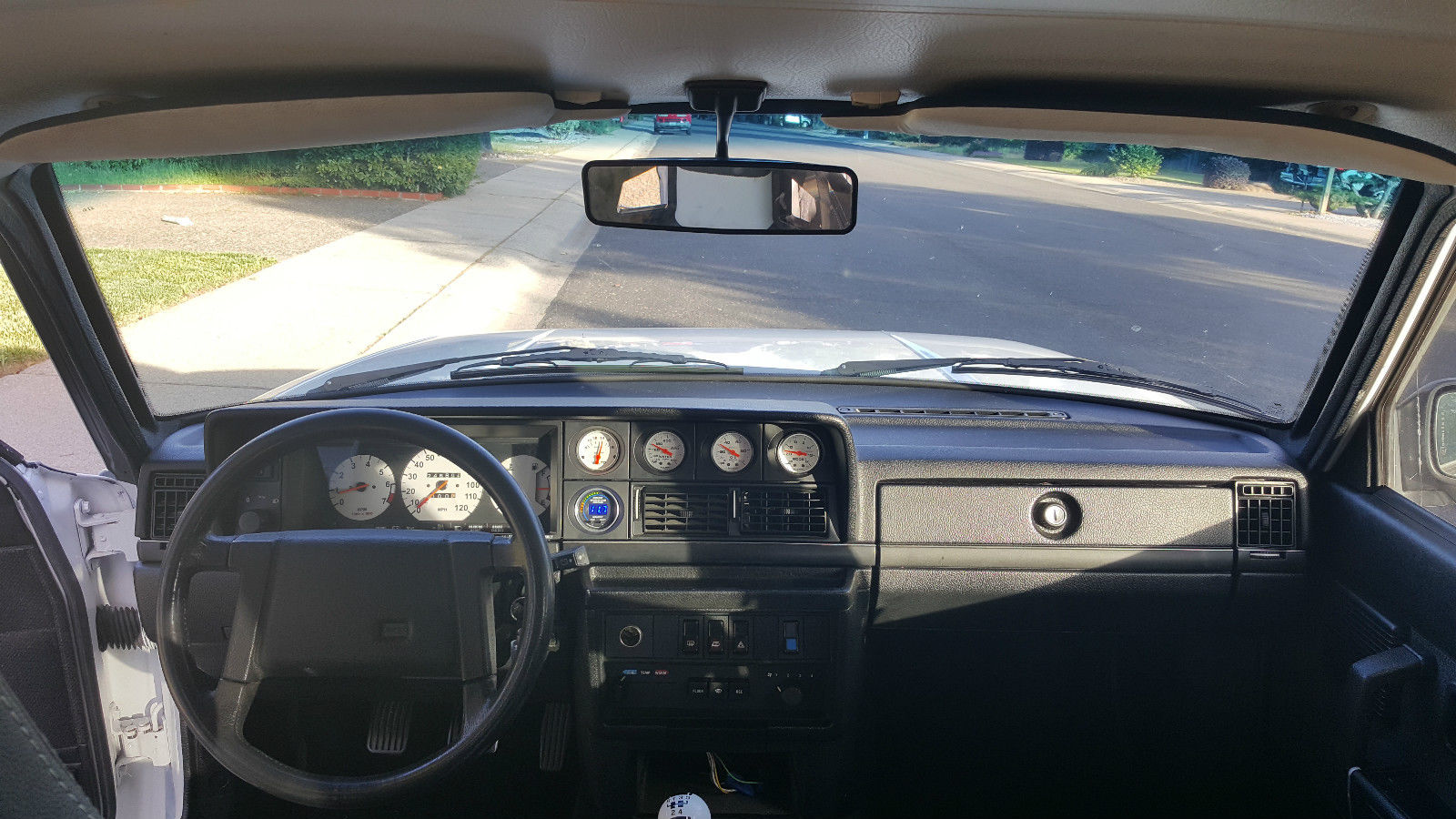 This isn’t just a car with a peppy engine, the interior is in very good shape and everything works except for the speedo/odo according to the seller. The dashboard has been changed out to the 1981-1993 style which has much more room for gauges compared to the original ’75-’80 design. The exterior paint is described as “brighter than stock” and the side moldings were removed (holes plugged) and a flat black accent painted around the windows to mimic later cars. 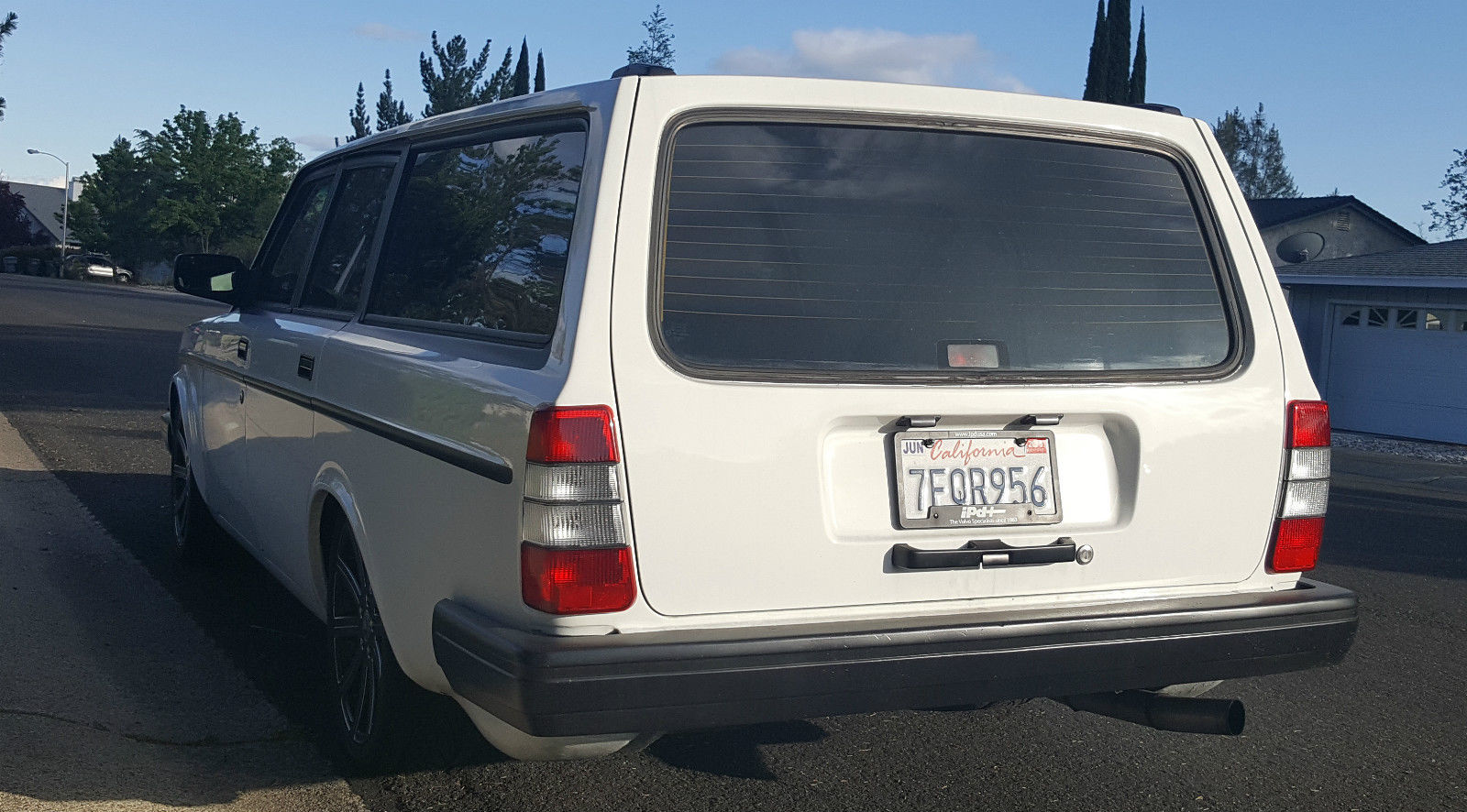 See a better way to cruise in a wagon? tips@dailyturismo.com