It’s getting pretty tough to find any running & driving car for less than $2,000 these days – the proverbial $500 car may still exist, but more than likely the engine is long gone and a family of feral cats have set up base camp where the back seat used to be. Blame a variety of market forces: inflation, gentrification, consternation, whatever. A fun, early ’90s hot hatch for less than $2k though – there has to be something wrong with it…right? Find this 8-valve 1992 Volkswagen GTI for sale in Covina, CA for a paltry $1,800 via craigslist. 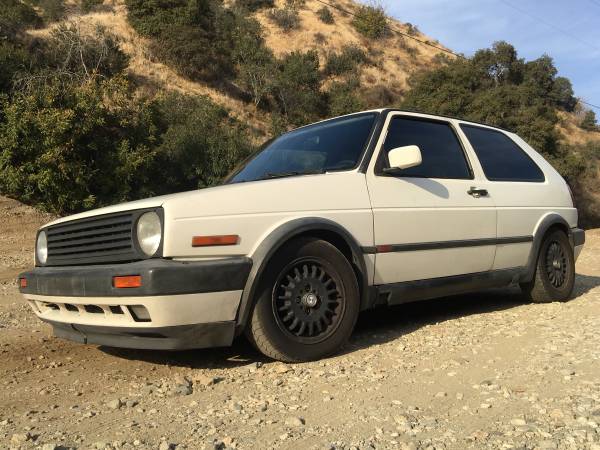 I was thinking today that as recently as the mid-90s, there were two basic types of cars that people drove in America: big Detroit behemoths with creature comforts & road-hugging weight, and little tinny crapboxes that were cheap, fuel efficient, and fun to toss around. Today there are many different sizes of car available, but none of them seem to fall into either extreme category. The small cars have gotten bloated and roomier; the big family cars have grown smaller and more manageable. We’re kind of mired in this mushy middle-ground soup. 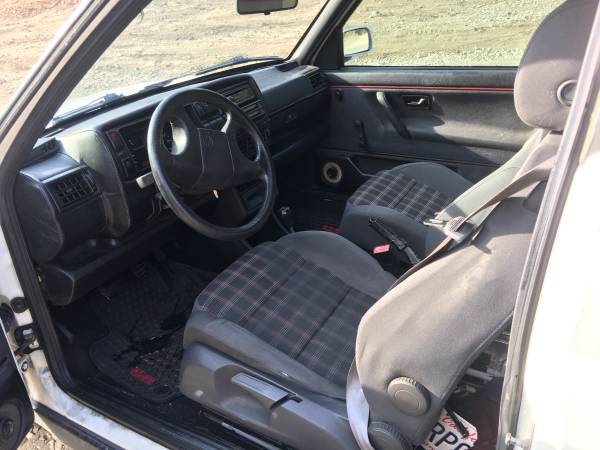 But not the MkII GTI. It is from a time when cheap little death machines were looked upon as reasonable and progressive. When I was a kid my whole family got shoved into a Mazda GLC sedan, which wasn’t really any bigger than this Golf on the inside, plus it had less power and less reliability. This GTI has a bit less space inside now thanks to bigger seats from a MkV GTI, complete with plaid inserts and modern adjustability. 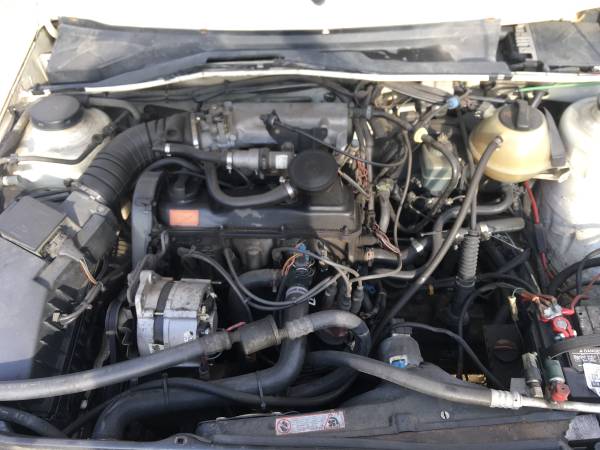 The 1.8L 4-cylinder in this car is the lower option of the two GTI engine; the 8V made do with only 110hp while the 2.0L 16V pumped out 134hp. Either way the little mill is pulling a fairly lightweight steel box around, so it will be sprightly and tossable. In this writer’s humble opinion, while the MkI is a modern classic, the styling of the MkII is a bit cleaner while retaining most of the feel of the angular Giugiaro original. This particular car seems to only need a new owner and some interior work, and maybe some VW wheels  – unless the BMW bottlecaps don’t offend you. 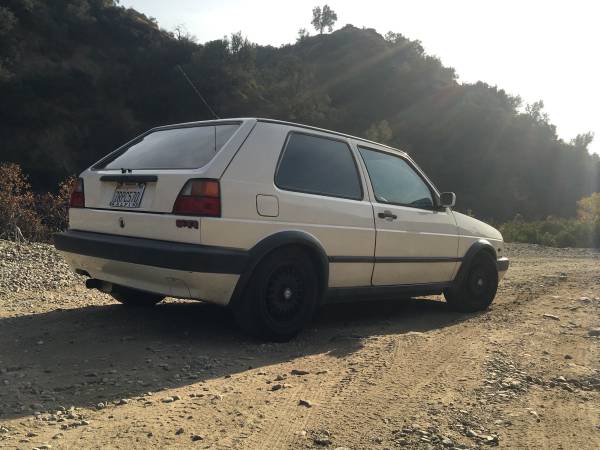 CFlo is bidding auf wiedersehen to the DTM5 this week, whilst simultaneously taking custody of the DTRoadmonster wagon – so he’s thinking about tiny cars while stretching out across that big blue leather bench.