It seems today’s car enthusiasts are a bit nostalgic for the station wagon.  Domestic automakers used to offer station wagons in many flavors. In the early 1990’s, Ford introduced the Explorer and the SUV craze took hold leaving wagon fans in the hands of import brands Mercedes and Volvo.  Malaise era cars came with smog choked V8 engines that put out pathetic horsepower numbers.  However, the advent of the Chevy LS V8 engine has almost single-handedly breathed new life into these poor performers and created a lot of sleepers in the process.  Find this 1977 Pontiac LeMans wagon for sale in Staten Island, NY for $15,000 via craigslist. 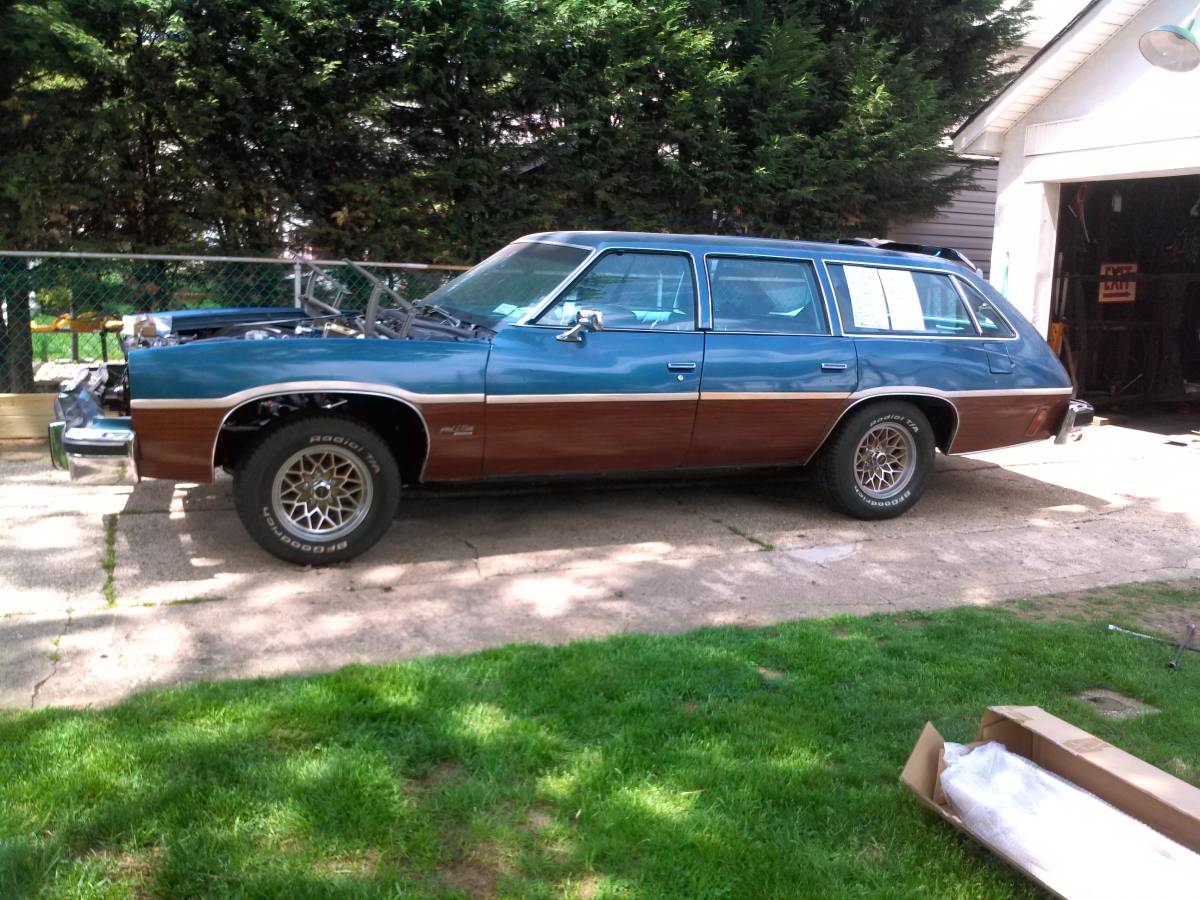 The Chevy LS V8 is offered in the 4.8, 5.3, and 6.0 displacements.  Today’s wagon has the top dog engine with only 40,000 miles swapped in along with a host of trick parts.  The car is said to be running and driving condition, but still needs finishing touches to be road worthy.  The wagon sports a very interesting paint job that appears to replicate the fake wood treatment that graced so many of the wagons of this era. 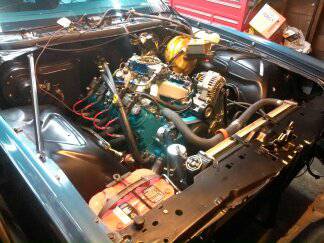 The 6.0 engine has a performance cam and is run by MSD Atomic EFI.  The turbo 400 transmission has been rebuilt and uses a G Force crossmember along with a 3000 stall converter.  The front suspension has been rebuilt with tubular control arms and coilover shocks.  The seller says the motor sounds nasty breathing out the 3″ exhaust. 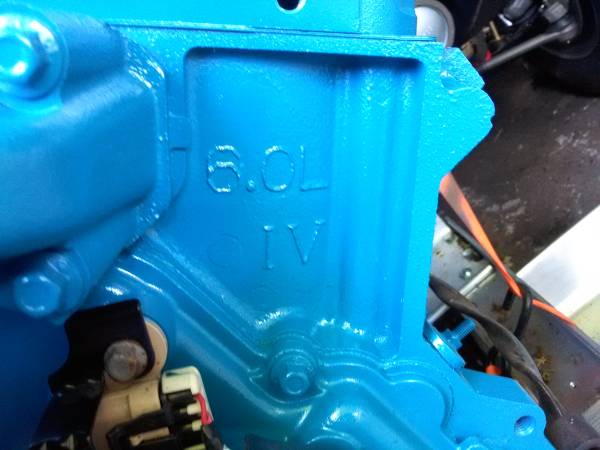 Pontiac Trans-Am 15×8 snowflake wheels look the business on the car.  The seller mentions including a 1977 Can-Am shaker hood in with the sale.  The ride height appears to need further work as the front of the car looks quite high in relation to the rear of the car. 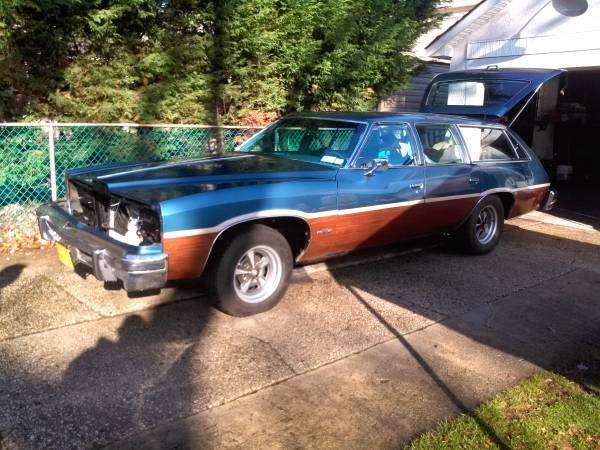 See a station wagon that has a nastier sounding exhaust? email tips@dailyturismo.com

Cory is trying to tie up some loose ends on his 1995 Mercedes C36 so it can start being driven.