The Saab 96 is known for its WRC victories in the International Swedish Rally (1973 with Stig Blomqvist/Arne Hertz, and 1976 with Per Eklund/Björn Cederberg) which was in no part due to the cars basic ruggedness and front-wheel-drive traction in icy conditions…HOWEVER..that doesn’t mean it would make a good monster truck.  Or would it? Find this 1958 Saab 96 Monster Truck offered for $2,900 near Nashville, TN. Tip from Fleetwood T. Brougham. 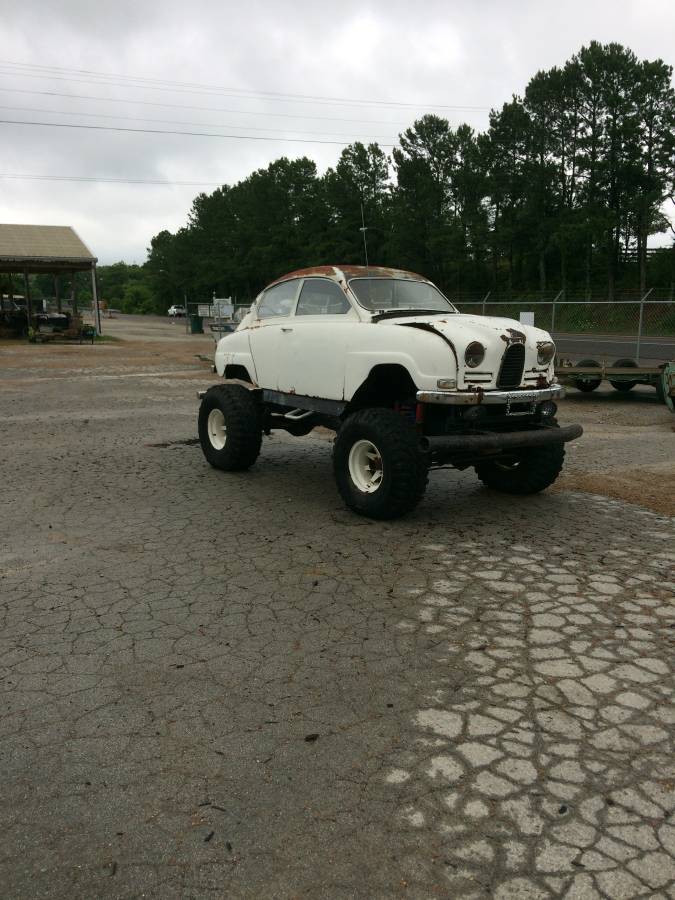 The seller admits that he “got it on trade” and doesn’t know much about it — other than that it has a 302 V8 and 3-speed manual.  It would have been great if the car retained its original Saab V4 or two-stroke engine, but it is probably easier to drop the shell of a Saab onto a Bronco frame instead of lifting a Saab onto 38 inch tires. 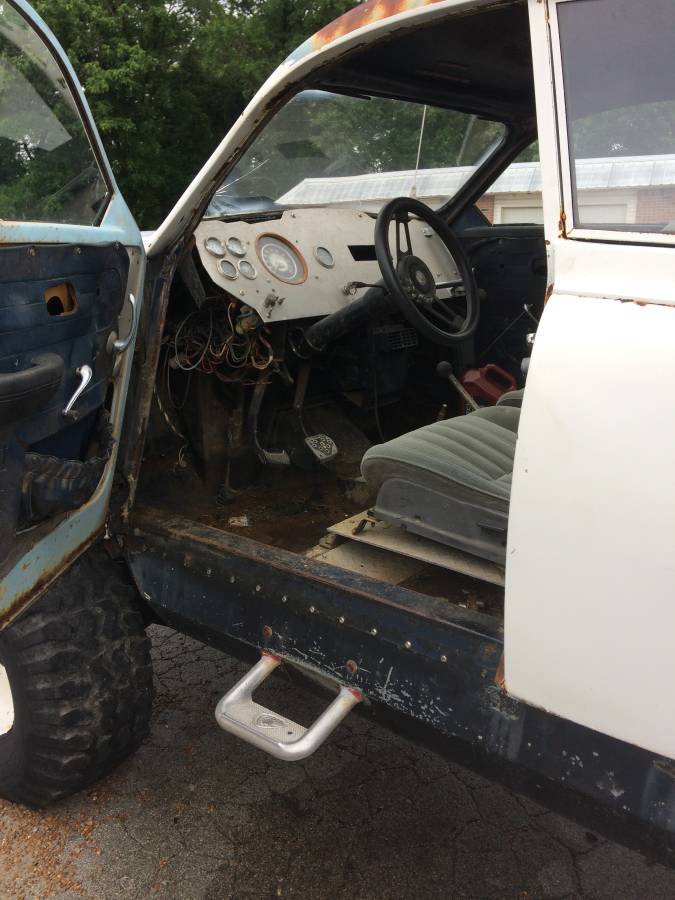 This car is a project and you will need to bring some kind of trailer or tow dolly to get it home — but I think the look on your neighbor’s faces would be worth the price of admission. 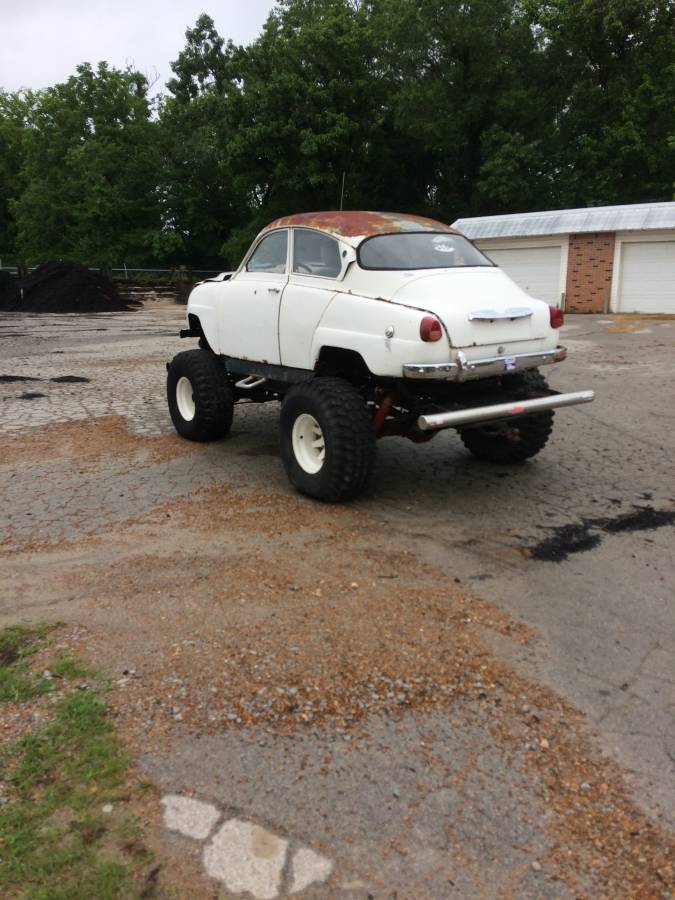 See a better way to four-by-four in a nine-six? tips@dailyturismo.com