The facelift (1994-95) Mercedes coupes sold in pretty small numbers so they are a relatively rare find on Craiglist.  Imagine my surprise when cruising the interwebs and this clean example with a proper 5 speed appeared.  I messaged the seller and found out he had in fact done the swap by using a donor 1988 300e 5 speed car.  My buddy is doing a auto to manual swap on a 94 E320 sedan right now and there are a number of small bits that can stop this sort of conversion cold in its tracks.  Find this 1994 Mercedes E320 coupe for sale in Thornton, CO for $4,900 via craigslist. 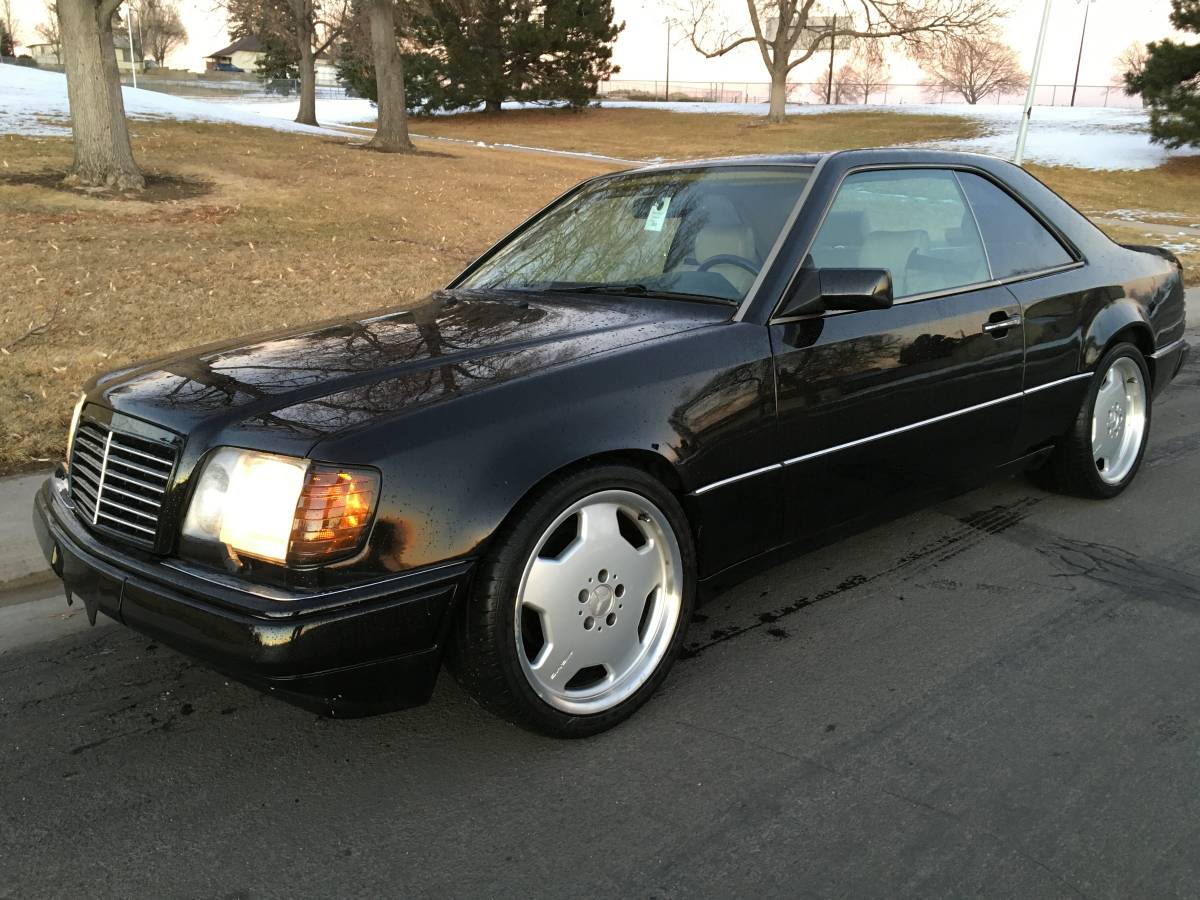 The 94 E320 coupe received the standard M104 straight six engine that was good for 217 hp.  This year car had the biodegradable engine wiring harness issue.  It was not mentioned in the ad whether the harness was addressed or whether the rear end ratio was changed.  The auto trans has a 1:1 fourth gear and came with a 2.65 rear end.  The 5 speed donor car had a 3.07 rear end to match the overdrive 5th gear..  The engines are very long lasting and take to turbo charging very well M104 turbo.  The seller mentions the car has 120,000 miles, but does have a rebuilt title which dampens the enthusiasm a bit. 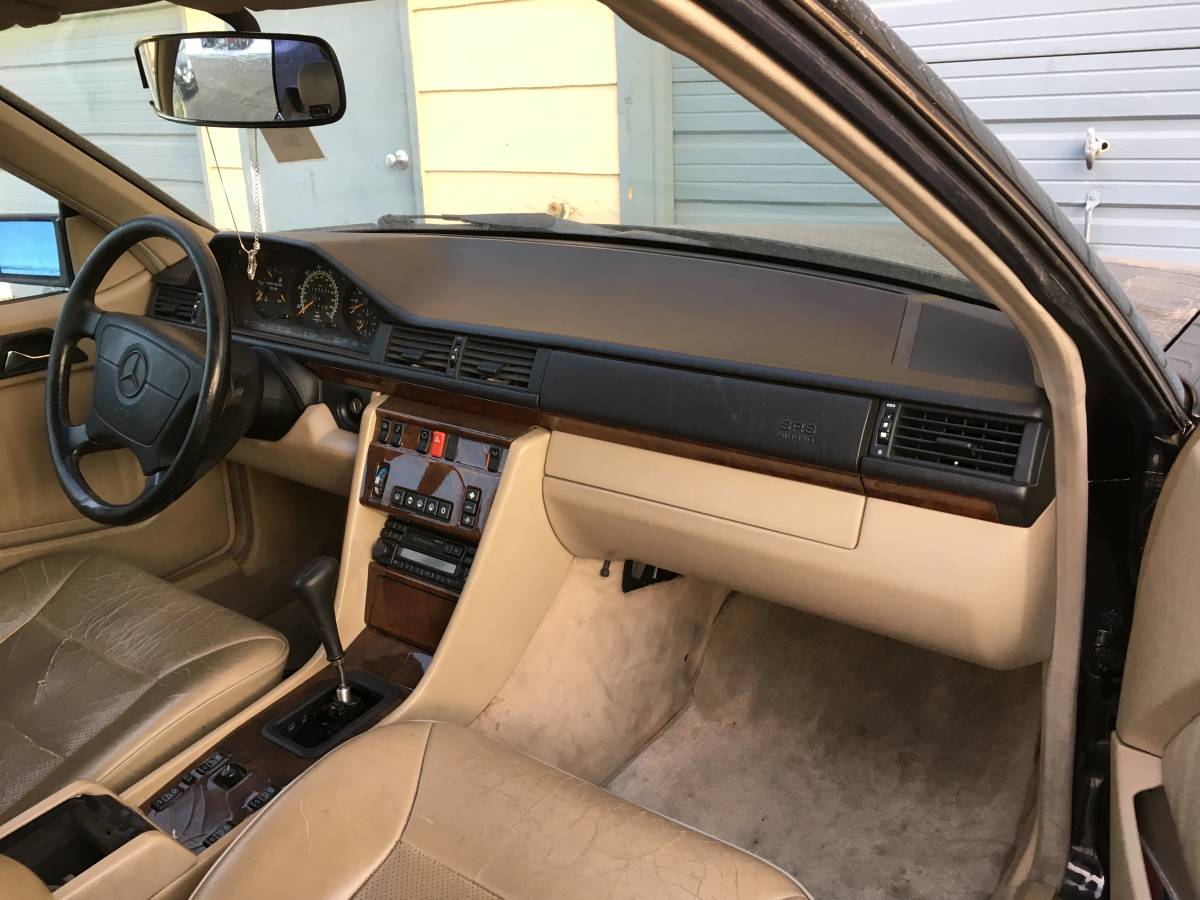 The only American W124 E class cars that came with a 5 speed transmission were the 1986 and 1988 300E’s.  The 300E/300CE/300TE cars came with the single cam straight six M103 engine.  The 300E single mass flywheel has to be modified when being used with the twin cam motor or else you will have idle issues.  All 1990 and later coupes were equipped with Burl wood rather than Zebrano wood.  The other W124 cars that came equipped with Burl wood were the V8 models, convertibles, and the 1995 special edition models. The beige leather drivers seat skin has seen better days and is challenging to find a replacement for as the coupe seats were different than the more common sedan/wagon models.  The manual trans shifter looks naked with out a shift boot and brings down the mood in the interior a bit. 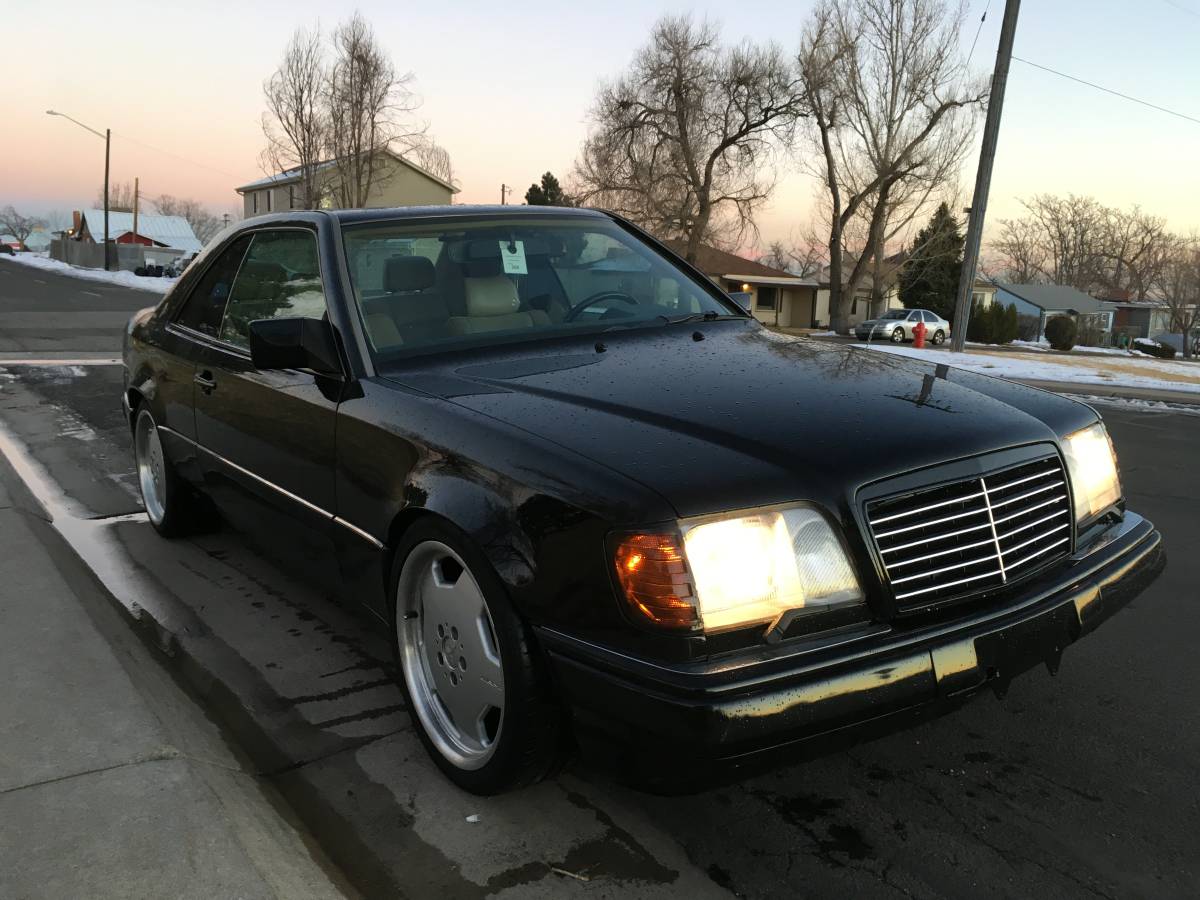 The glossy black paint looks great here, but 18″W210 E55 AMG monoblock wheels are boderline too large for this application.  The monoblocks look the business, but literally weigh a ton and subsequently make the cars steering a bit duller than stock.  The traditional Merc grille has been swapped for a S600 style version.  The red tail lights have been smoked and are much darker than stock.  Hopefully, this coupe drives as good as it looks and your state allows for registering cars with rebuilt titles. 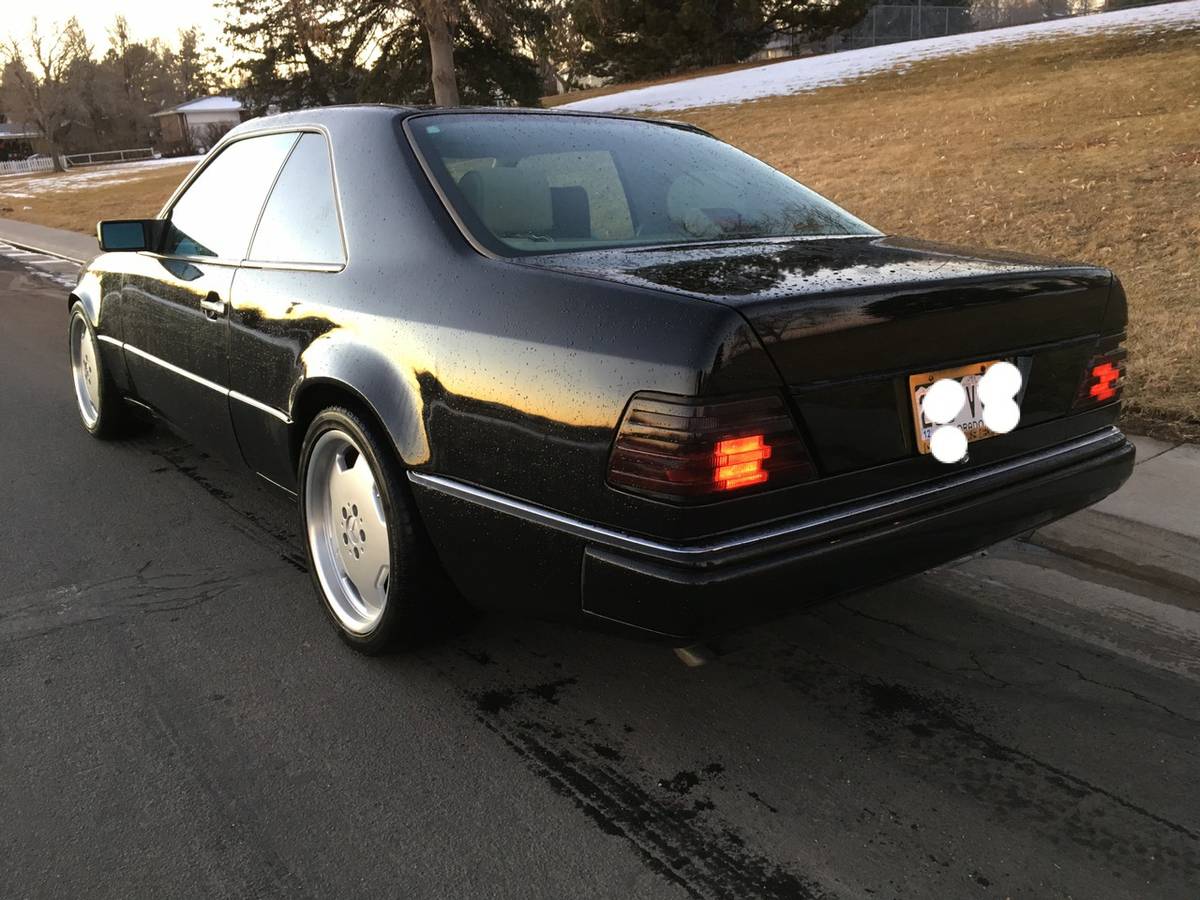 See a better looking pillar-less coupe that you can shift yourself? email tips@dailyturismo.com

Cory is going to be getting in some work done on his 1995 Mercedes C36 AMG today!