Time has been kind to the original Datsun Z-car.  A few years ago the Z was well depreciated and you could pick them up for pennies, but the list of affordable Japanese 2-seat sports cars from the early ’70s is very limited and now nice ones demand a premium.  But we get a respite today, because this one is cheap.  Find this 1971 Datsun 240Z offered for $6,500 in Ojai, CA via craigslist.  Tip from Sean. 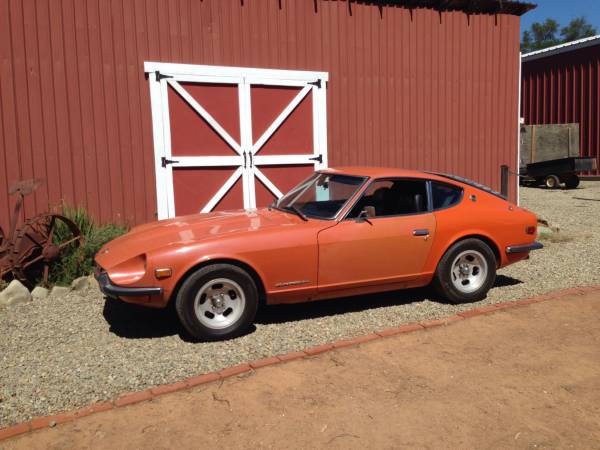 The S30 generation Z styling was lead by Yoshihiko Matsuo and it set such a high bar for the competition, that it never really had 2-seat competition from Japan during its production life.  You could probably argue that the competition came from cars around the globe, but the Z offered a great combination of driving experience, quality, and entry price. 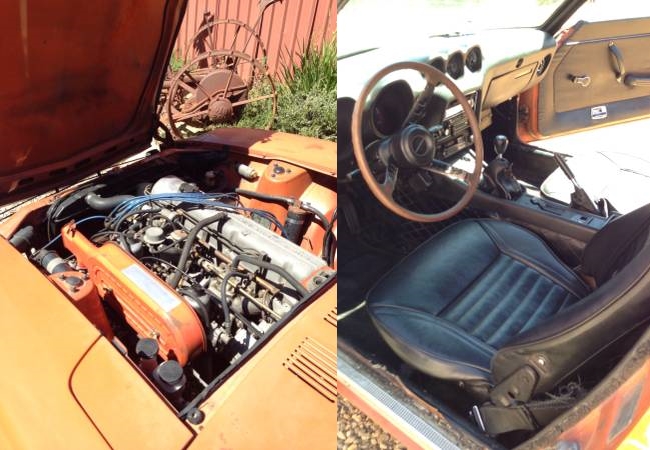 This one was an engine from a later 260Z, which means it has a 2.6 liter L26 inline-6, which when fed via twin Hitachi HMB 44 mm SU-type carburetors is rated at 162 horsepower and 157 ft-lbs of torque.  If the rust (as mentioned) isn’t too bad, this could be a nice driver for the money. 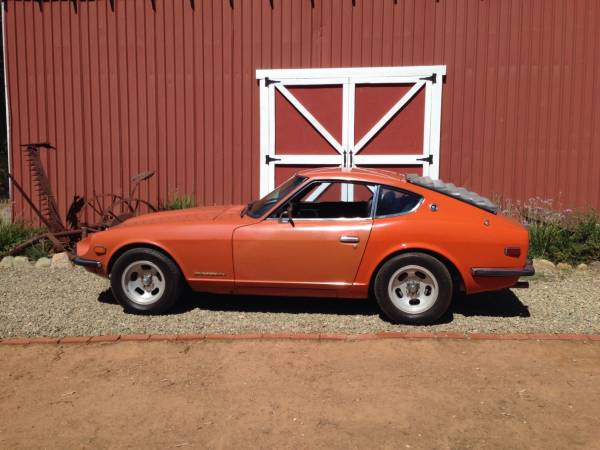 See another orange car photographed with a red background and tan foreground? tips@dailyturismo.com