DailyTurismo Uncategorized The Left-Handed Spanner, What Am I? 20

Did anyone notice the odd engine at the right-handed corner of the
header up there ^^^ ? Anyone know what it is? Or can you figure it out?
Heck, it might even be famous and I’m late to the party.  The story is that I had an unexpected opportunity to
visit the redacted museum last year. The place was full of
cool stuff, prototypes, cutaways, etc., but this strange engine totally
jumped out at me. I’ve been promising Vince a writeup with a pile of
photos, but time is the fire in which we burn, right?  The Left-Handed Spanner / What Am I double feature is a special column written by DT contributor Kaibeezy. 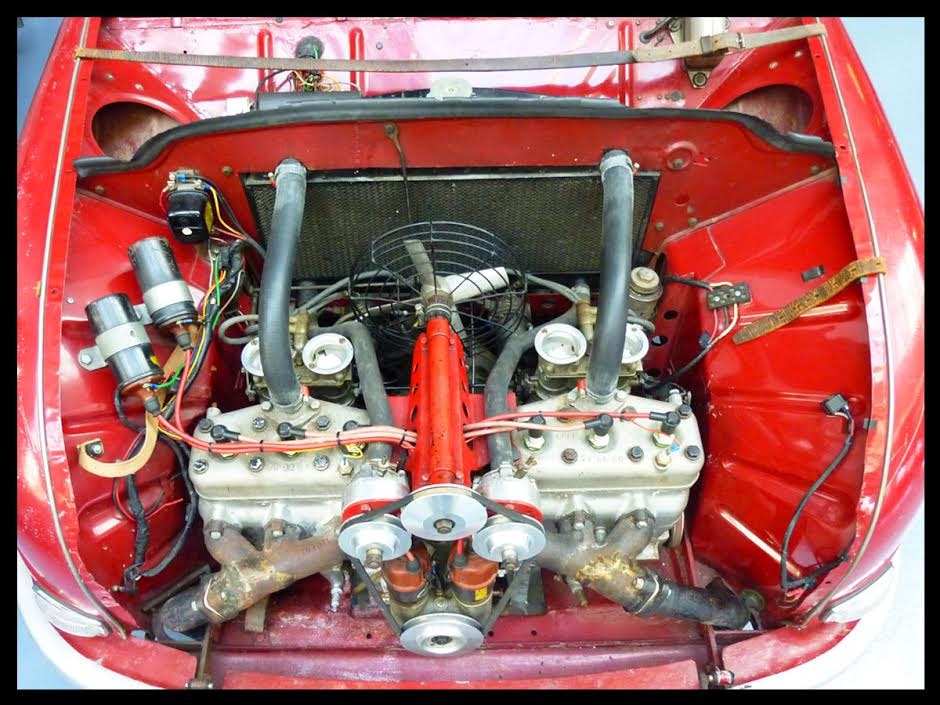 Take a few guesses and then we’ll post up some
photos. In my excitement, I didn’t get much in the way of exterior
shots, but you’ll get the picture. Skol!