It was 1958, and American Motors Company (AMC) had only recently risen from the ashes of the merger between Nash-Kelvinator and the Hudson Motor Car Company, when they (AMC) released a compact called the Rambler American.  The name was confusing because the Rambler brand was originally used from 1900-1914 before it was acquired by Nash, who sold a compact called the Nash Rambler from 1950-1957, but now the Rambler name was back as a brand with a model named after the new parent company, American.  It would be analogous to GM releasing a car called the Corvette General. Anyway, find this 1967 Rambler American (with a spare 360 V8) offered for $5,000 in Corbett, OR via craigslist. 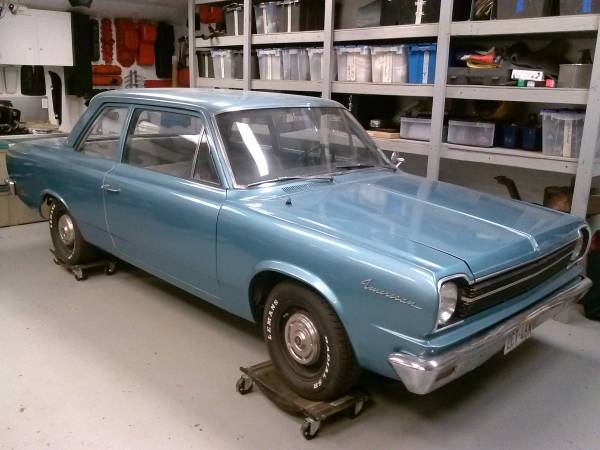 What, another car on moving dollies; you guys have jumped the shark!!  Now, hang on just a minute, take the pitch forks out of the oven, this car is currently an underdog, but potentially ready to become the leader of the pack….and a smokin’ deal if you’ve got the time/inclination to do some wrenchin’. 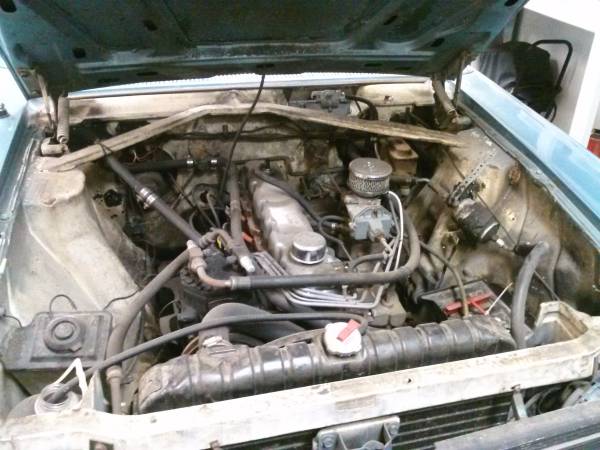 Under the hood is the original 199 cubic inch inline-6 mated to a Borg-Warner 3-speed auto — yuck!  But, the seller has a built Mopar 360 cubic inch V8 and 904 slushbox ready to transform this plain Jane into Jayne Mansfield.  Or you could reconnect the rear end and drive around with a dirty inline-6 held together by zipties and plumber’s tape…buyer’s choice. 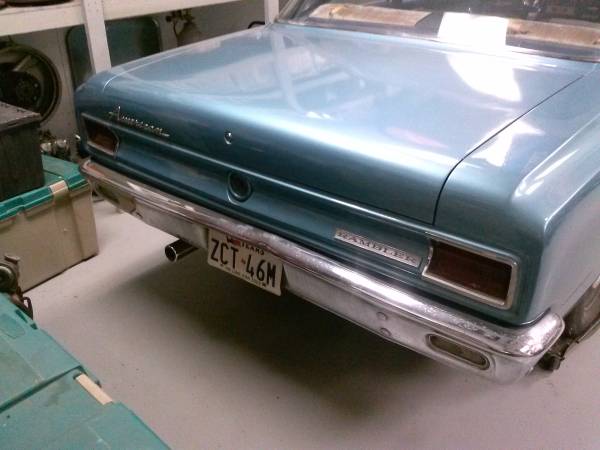 See another car ready for some ramblin?  tips@dailyturismo.com