1960 was a remarkable year of change in the lineup at Dodge dealers across the country.  In with the new and out with the old — gone were the Coronet, Custom, Custom Royal, and Lancer; in their place were the Dart, Matador, and Polara which continued Virgil Exner’s Forward Look design cues and included short tail fins, jet pod tail lights and giant chrome baleen grilles. But the entire full sized lineup was now built with computer designed unibody chassis and featured underhood advancements like an alternator and slant-6 engines. For Dodge, the future was 1960.  Find this 1960 Dodge Matador Polara offered for $12,900 in Tempe, AZ via craigslist.  Tip from FuelTruck. 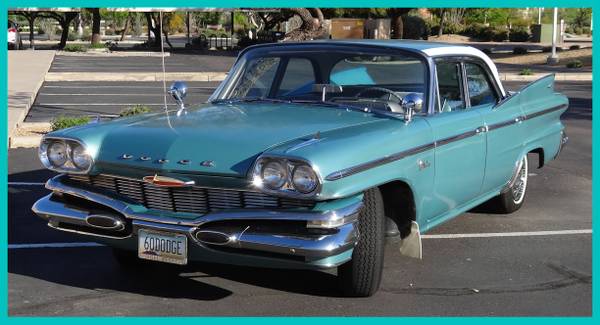 The Matador was nicer/larger than the entry level Dart and rode on the same 122 inch wheelbase as the top-of-the-line Polara and the DeSoto/Plymouth/Chrysler cousins.  The Matador nameplate only lived for one year as sales of less than 28,000 units didn’t make the bean counters happy. 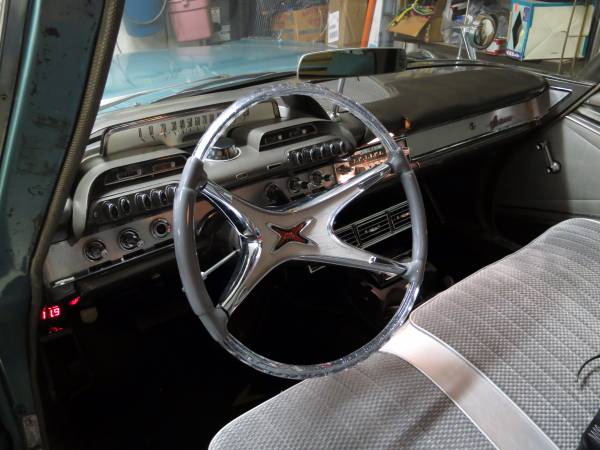 Powering this Matador is a 361 cubic inch “Super Red Ram” V8  that was rated at 295 horsepower and mated to a push button actuated slushbox.  The inside of this old boat looks in decent shape, but there is some ickyness in the paint job applied by a previous owner. 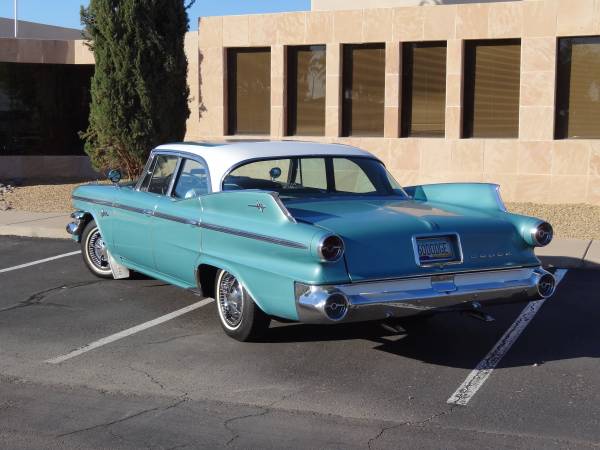 See a better way to cruise around with tailfins? tips@dailyturismo.com