Nissan’s fabulous 240Z was sold in the US of A with a Datsun badge, but it offered ninja-like reflexes and a silky smooth inline-6. The Z hasn’t gone through recent massive price inflation like certain German cars (i.e Porsche 911, E30 M3..etc), so if you are going to get one…do it before the boom. Find this 1971 Nissan 240Z here on eBay bidding for $10,733 with 3 days to go, located in Spring Hill, KS. 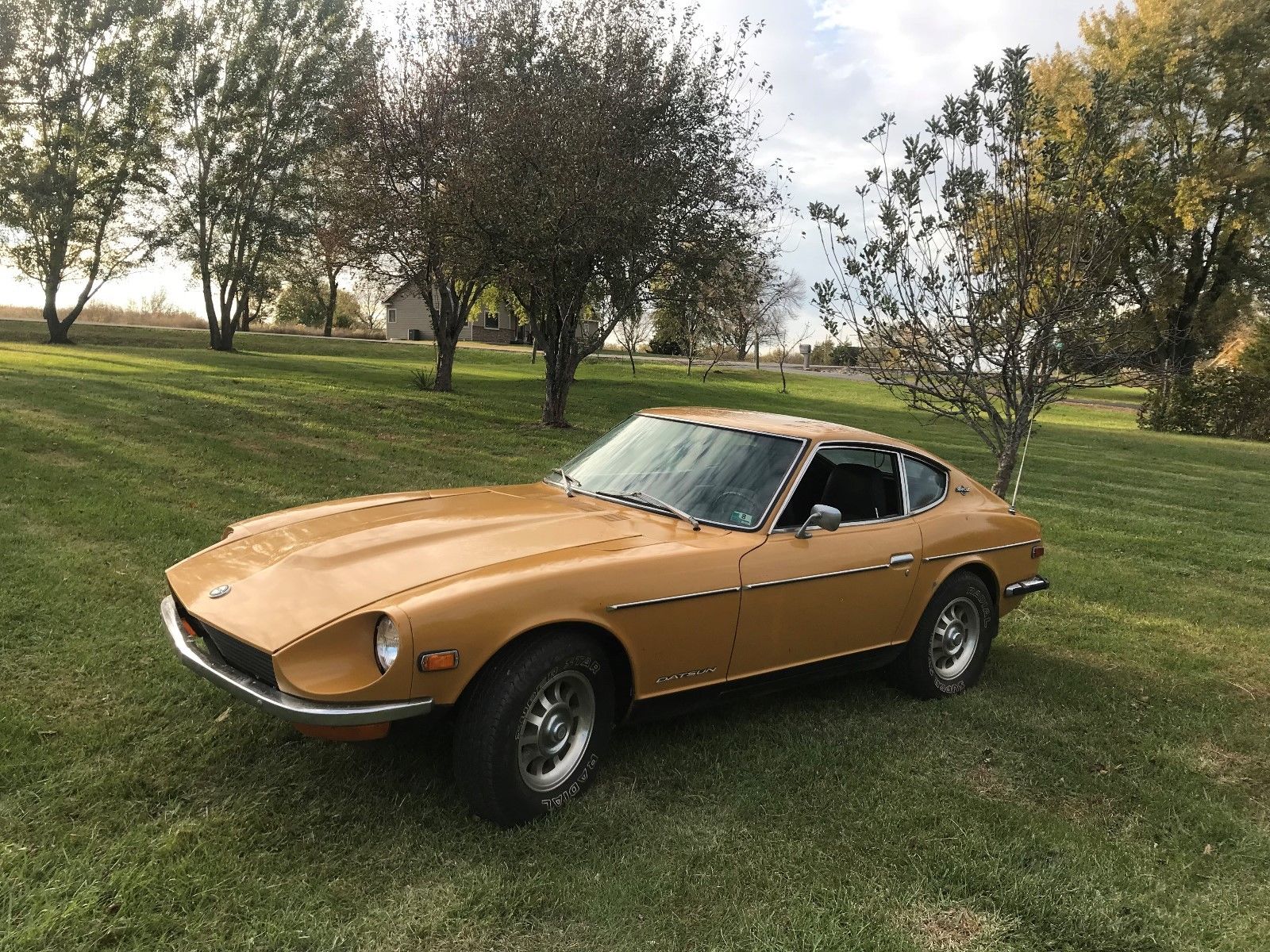 No reserve auction!  Don’t miss you chance to own this highly collectible Z car.

1971 Datsun 240z. Helping sell for Neighbor who’s family has owned since it was new. Arlen bought it from cousin in late 70s to drive to college. He drove it to OSU and parked it in the early 90s. Car has been in garage every since. Car was moved to KS when they moved up and car has been in garage entire time. Arlen was going to get back on road roughly a decade ago when he remove carburetors to have them rebuilt and never put it back together. I reassembled the carburetors, replaced the water and fuel pump, as well as the master/slave cylinders on the transmission. The gas tank was removed and boiled out before it was sealed and reinstalled.  About 90% of the rubber was replaced under the hood, belt was changed, and new plugs were installed. Brake drums were cleaned out and that is all the repairs I have made on the car from a mechanical standpoint. The car runs well.

Exterior- As you can see very little rust and most all of that is superficial. There are a couple small spots showing up over rear fender wells but small enough they don’t show up in pictures. At some point the front end had some paint work and a fender replaced due to a fender bender. Paint on hood is orange peel pretty bad. Rest of paint cleaned up well and car is orginal butternut color car. Original mudflaps are still on the car and I have three of the original hubcaps. I tried to take pictures of the firewall and frame rails but they don’t show great. Car is virtually rust free and as original as I have seen in some time.

Mechanical- Motor runs great and transmission work as it should. I drove it roughly 5 miles and ran it through the gears. The tires are shot and have not been replaced since 1979. I did not replace them as I figured whoever ended up with the car would change the wheels and buying new tires would be a waste of money. They are 14 Inch wheels. The car will run but it is not leaving the house on these tires. It will load and trailer fine but the tires have to be replaced before driving. The smog pump is still hooked up and functions as it should. The air conditioning was removed from car at some time. I have all the parts and brackets that were removed and will go with the car. I have no idea if the compressor works.

Interior- The seat covers were replaced as well as the carpet. The dash has no cracks and gauges are not all scratched up. The vinyl is original but cleaned up. The car has original jack, wheel chocks, owners manual, radio, and the original spare tire cover. The condition of the original interior accessories are amazing for the age of the car. You can see from the pictures that the floors are rust free as well as the well around the tire.

I am willing to help load the car at completion of auction. Bid to win!  You are bidding to own this classic!  I require a $500 deposit upon completion of the auction that is non refundable. Balance to be paid and funds clear before the car leaves my home.  Clean title from original owner. 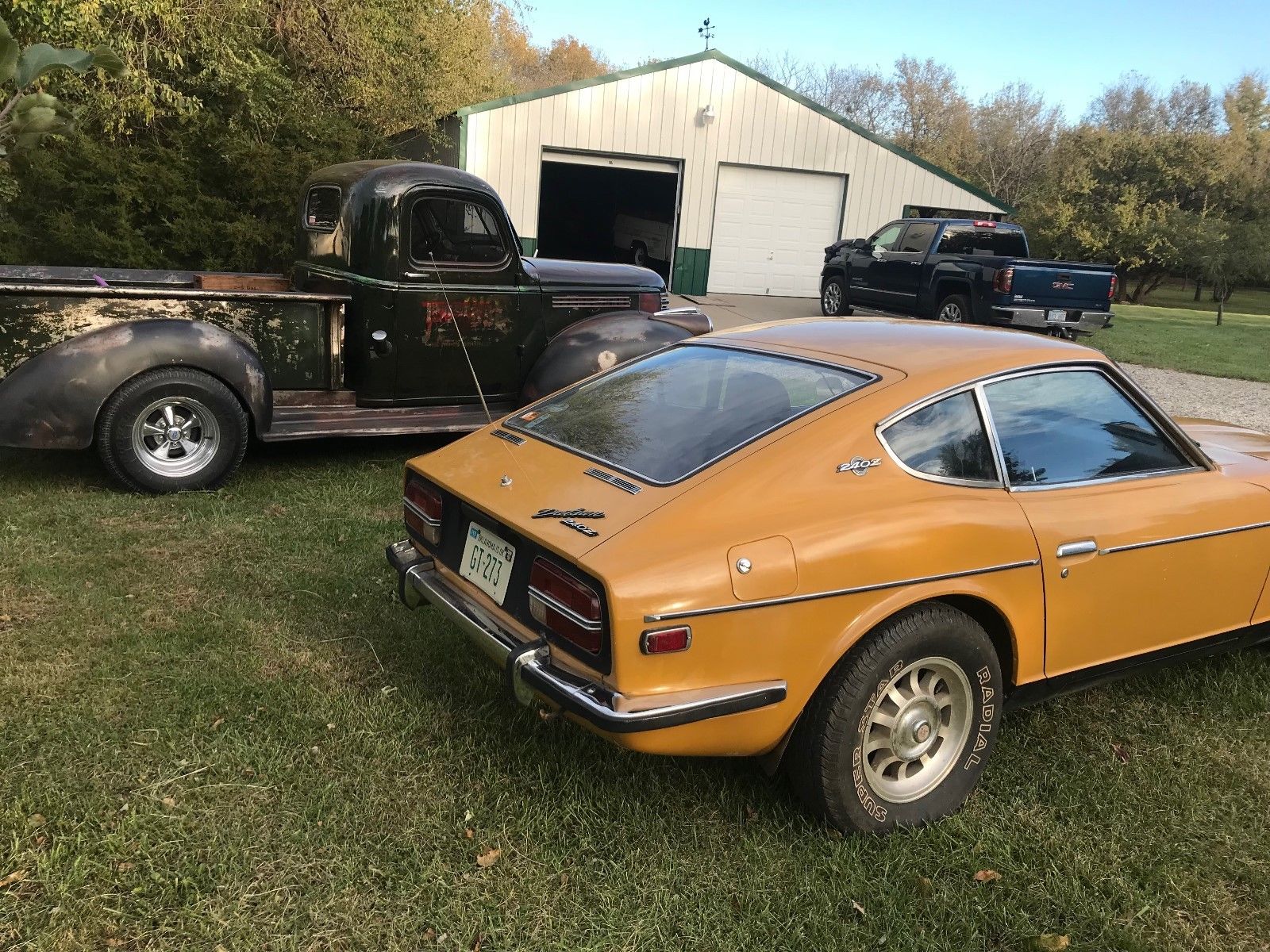 See a better way to buy a classic Z? tips@dailyturismo.com