In 2004 Mazda released a version of their popular MX-5 roadster that took the car from a hairdresser’s ride to a hair-raising monster with the addition of a small turbocharger.  It finally added some much needed zoom-zoom to the corner carving lightweight. Find this 2005 Mazda Miata MX-5 Mazdaspeed offered for $6,500 in Los Angeles, CA via craigslist.  Tip from FuelTruck. 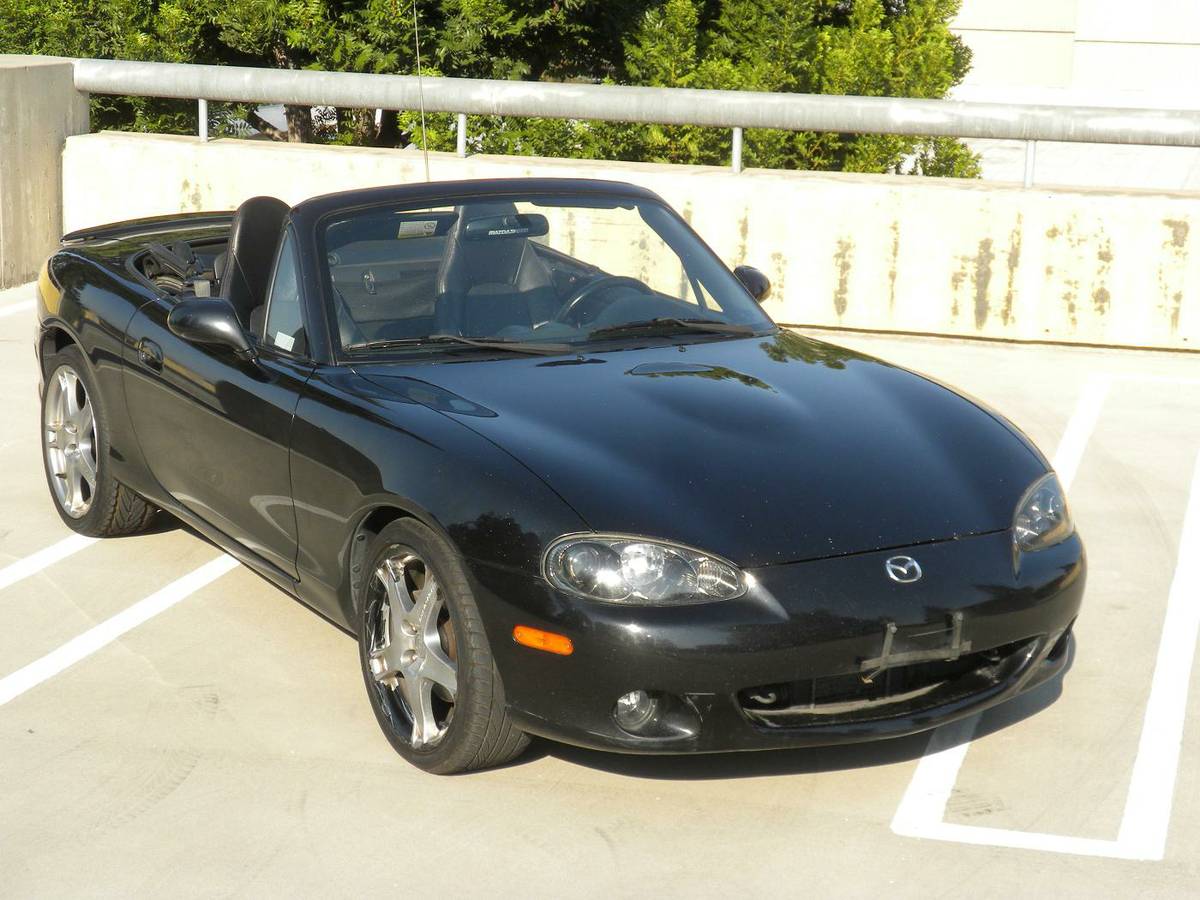 The second generation (NB) MX-5 continued the theme of previous years with a focus on keeping it fun with simplicity…but, like a middle aged housewife (or house-husband for that matter), the added baggage of years gone by had not been kind, and it had plumped up a bit.  Instead of opting for some lipo, Mazda decided to add some bolt-ons to spruce things up with a special run of 5,000 Mazdaspeed versions. 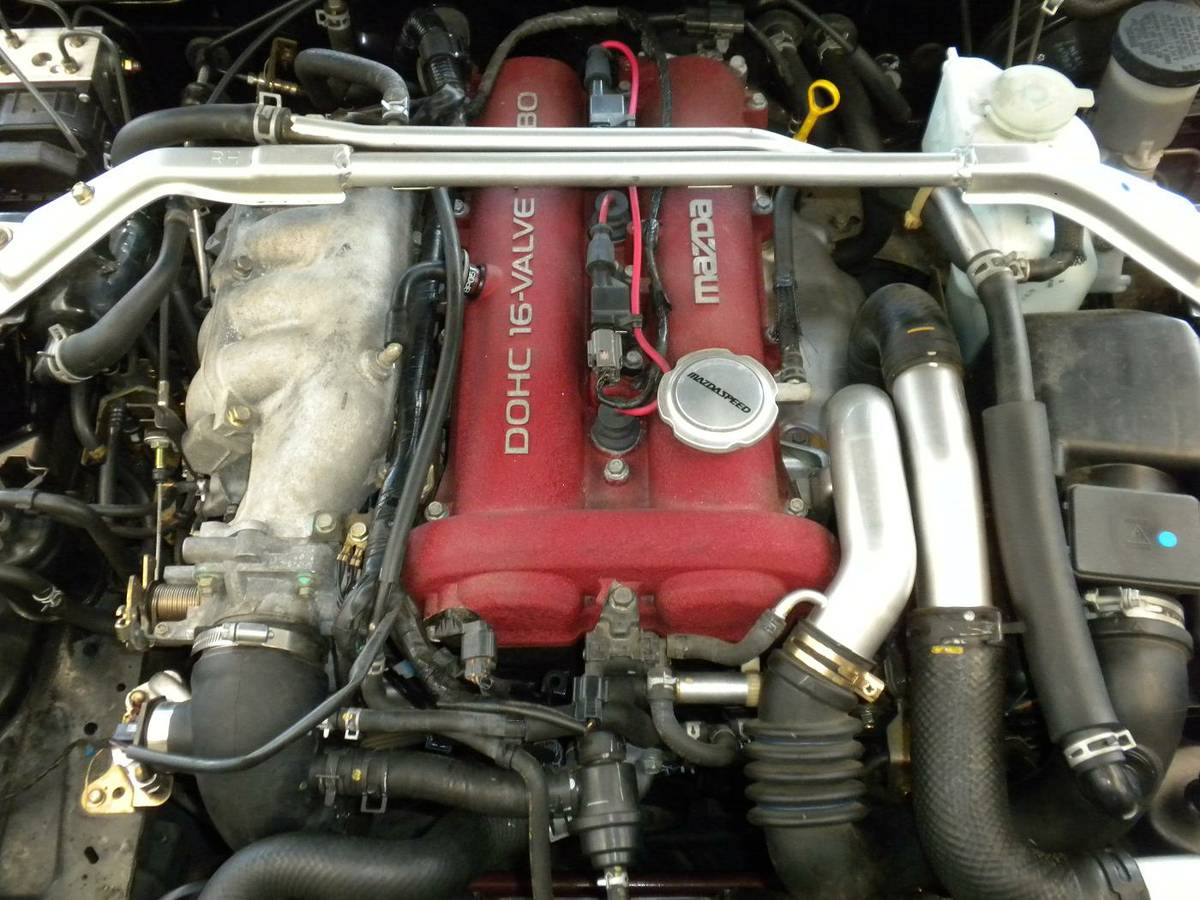 Under the hood, the 1.8 liter BP inline-4 is boosted to 8.5 psi to make 180 horsepower (up from 146 in the non-turbo model).  If this still seems like weaksauce, you can spice things up with a chip from someone like Bell Engineering that will bring power up to around 200 hp. 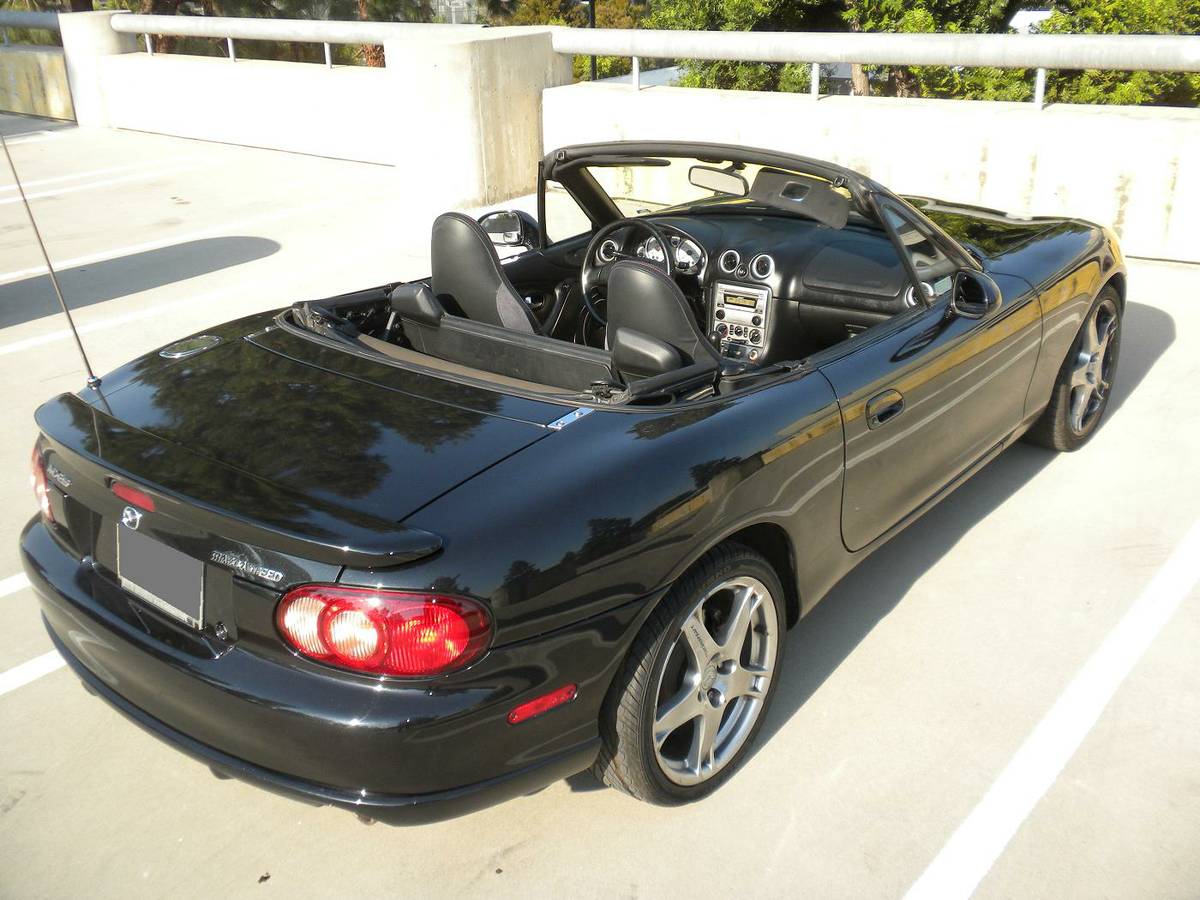