We recognize that Daily Turismo has posted enough Volvo P1800 series cars to start our own fan
site, but we’re not alone. Demand for the P1800 , 1800S and 1800E Saintly Coupes and
the 1800ES wagon is on the rise and the prices are going up.  The 1800ES falls somewhere between a hatchback and a shooting brake, but no matter what you call it, it’s an endearing and enduring shape. Use the (occasionally funtional) search tool at the right side of this page to look up our earlier posts, but if you’re searching for a 19,000 mile survivor you’ll need to look here on ebay, where bidding is at just $12,000 with the reserve unmet and the auction closing tomorrow.  If you’re a frequent reader of DT you know there’s always a catch…today’s catch is that there is more detail and higher resolution pictures here than you’ll find in the auction listing, so you’ll need to read past the jump. 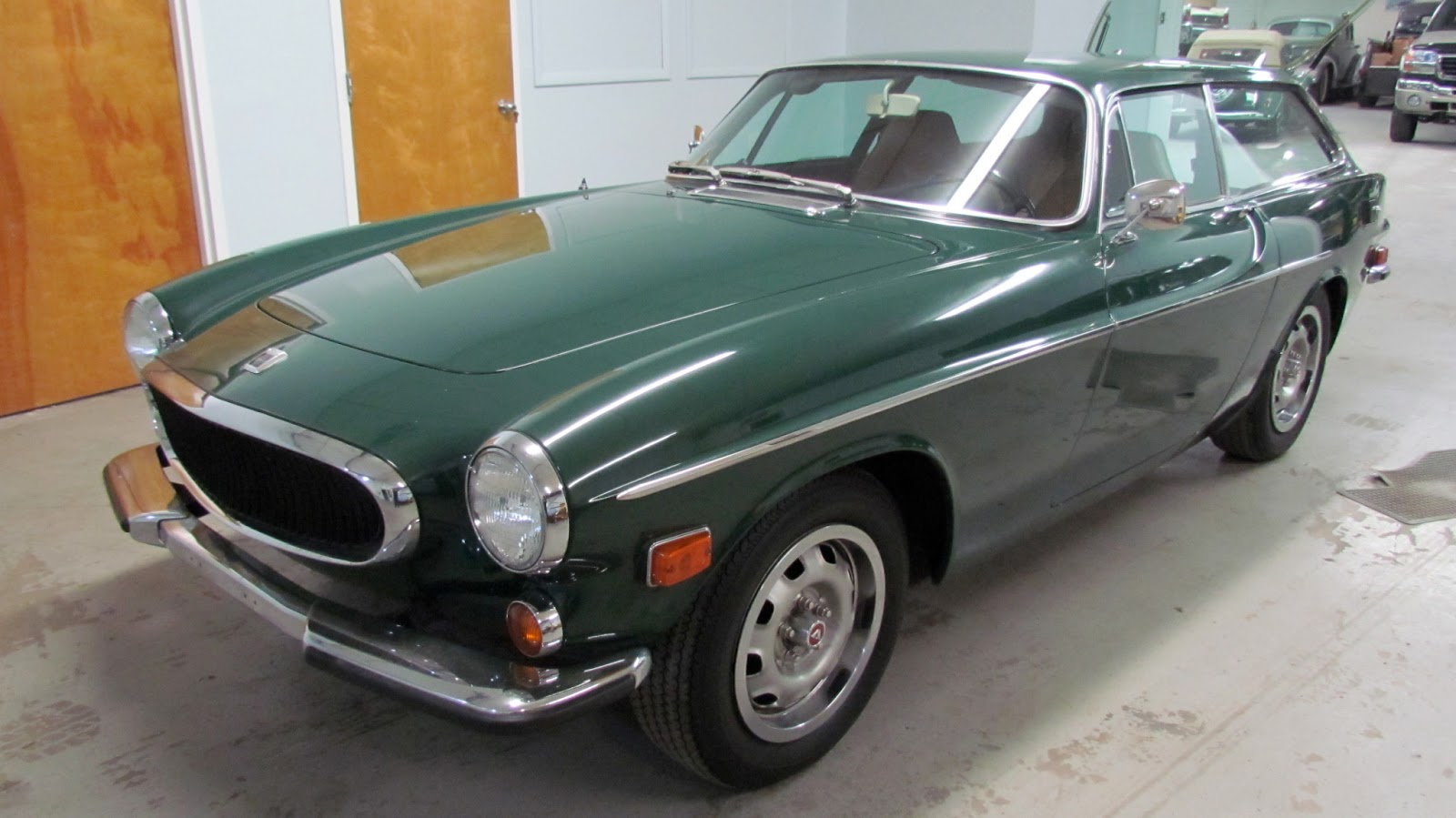 The seller’s comment that he is both the 2nd and 4th owner was enough to pique our
interest, so we emailed the seller who revealed that
he is sold the car to the 3rd owner, who in turn put only 800 miles on the car during his
25 year ownership and claims that the 19,000 miles indicated on the odometer is actual. 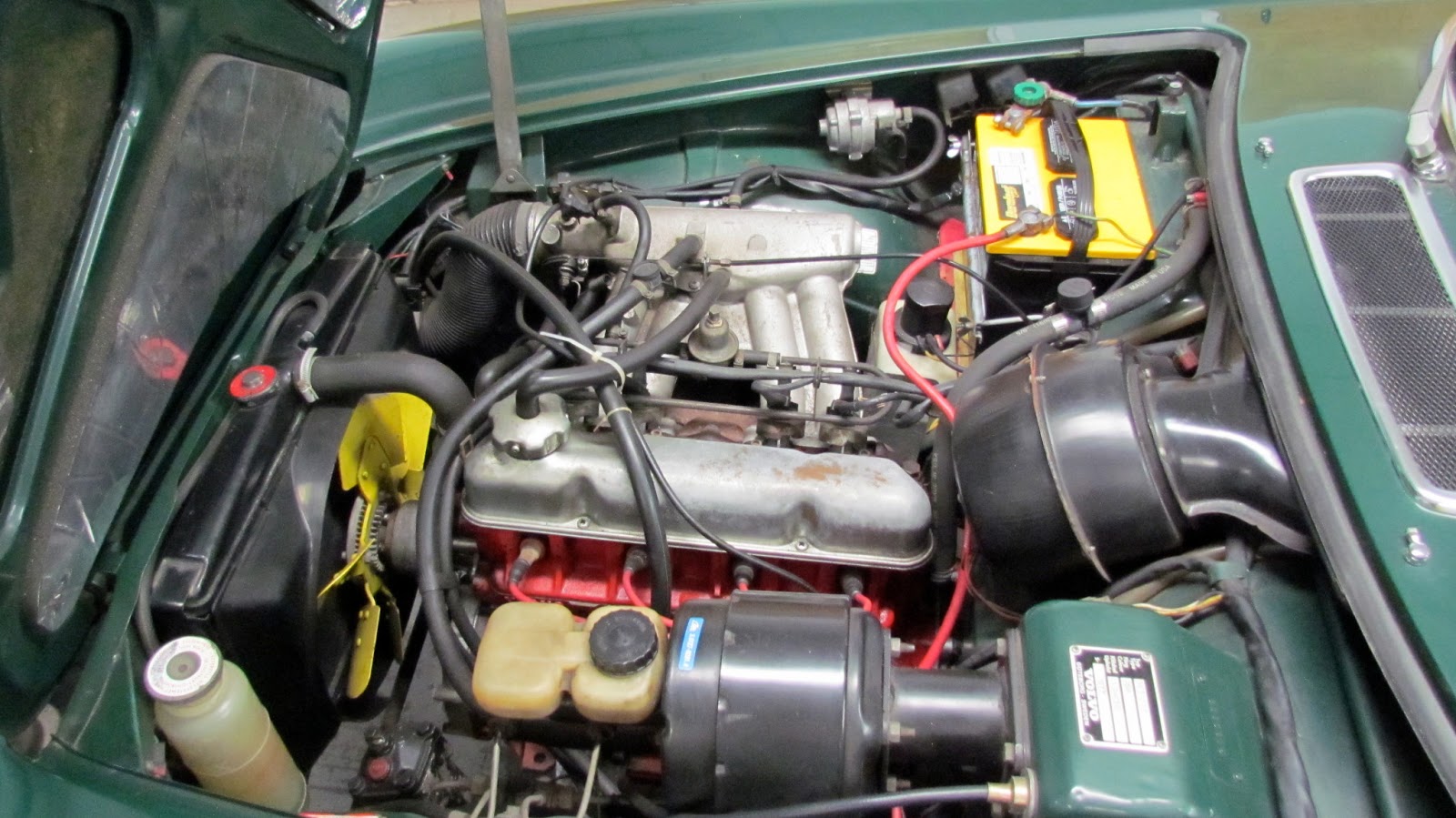 While the 1800ES is a great looking shooting brake, it will never capture
the genius styling of the E-Type Jag which hauled Harold and Maude until its
final cliffside demise.  On the upside, because the Volvo is not a one-off custom, it’s usually reliable, due in large part to its venerable B20E fuel injected 2.0L pushrod four. While it develops only 124 horsepower, that will be plenty to haul you, your companion and a picnic basket full of cheese crackers and Cabernet (at a reasonable clip) to the vintage races. As others struggle to start their more exotic rides, this should fire instantly, which greatly increases both its value and utility. 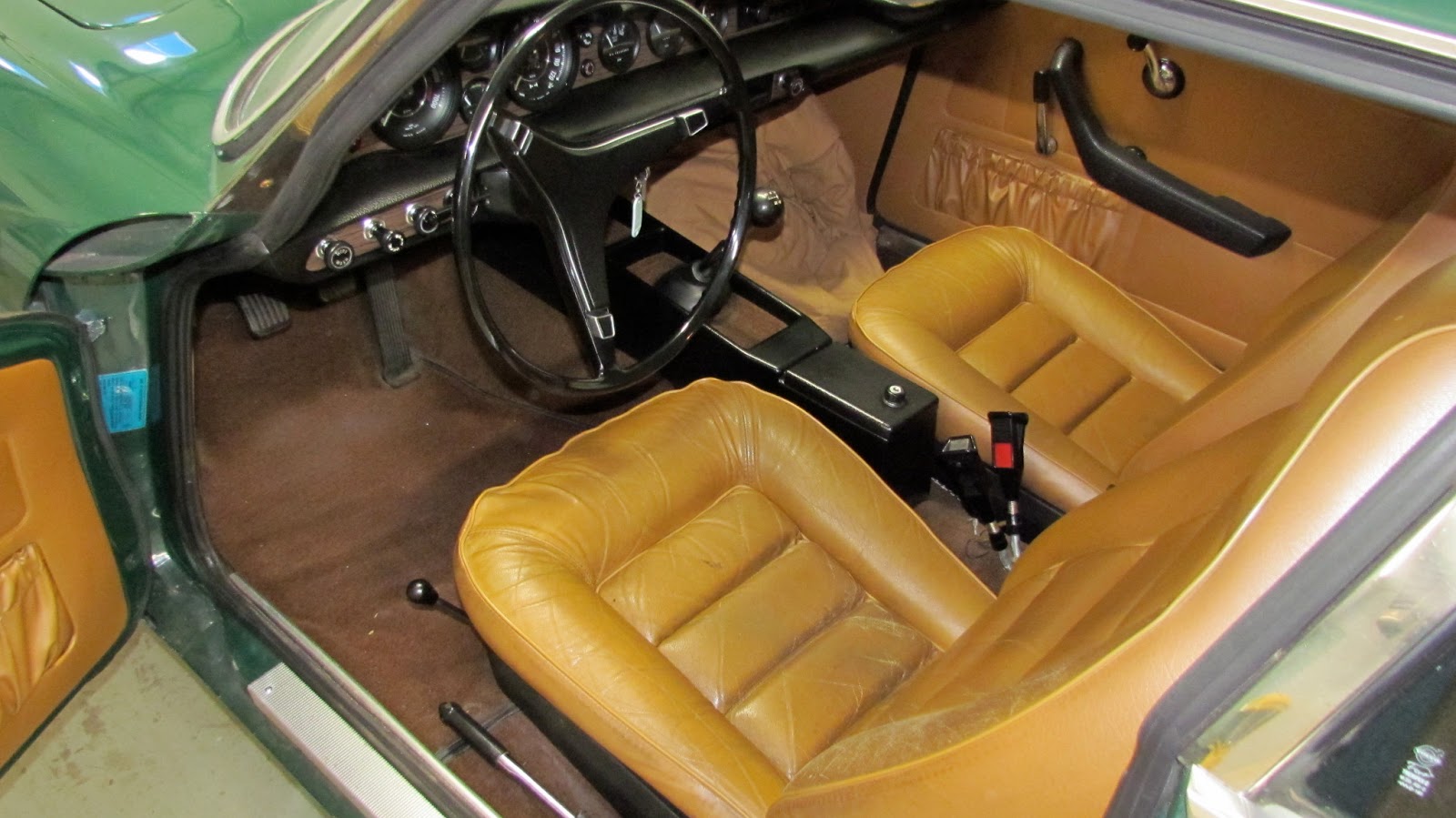 About the only signs of unusual wear and tear is the front seam of the seat
cushions on both front seats.  Normally, we would expect that appearance to come from a
sloppy recovering of a seat which was either overstuffed or the welts being
improperly sewn, but in this case we suspect its just heat warpage. However, anyone considering this car should contact the seller or a well trusted inspector to examine the car completely. The picture of the door panels show how well this car has been preserved. 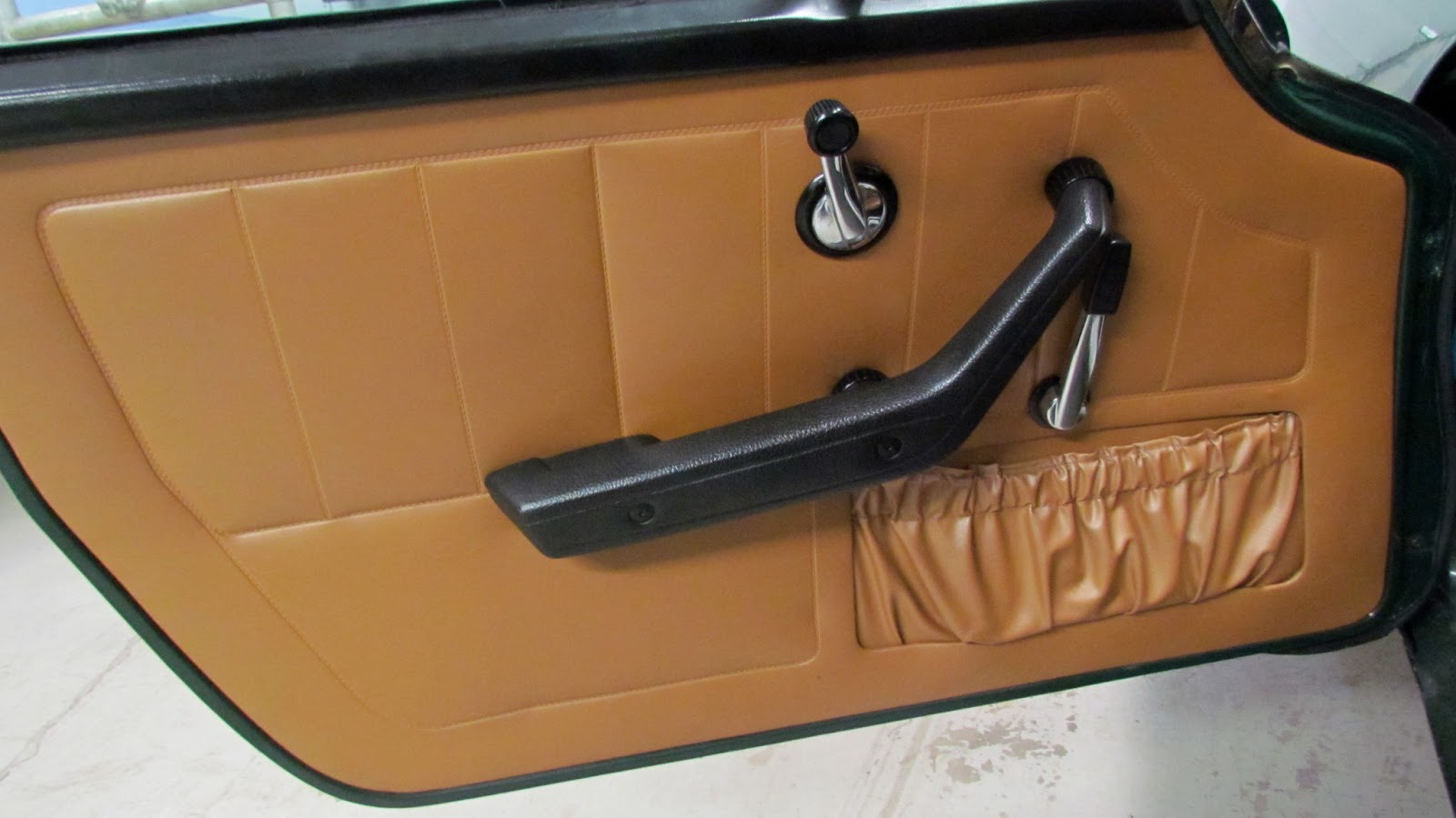 A picture of the unfaded rear carpeting confirming that the car has been stored inside and ain’t no barn find! 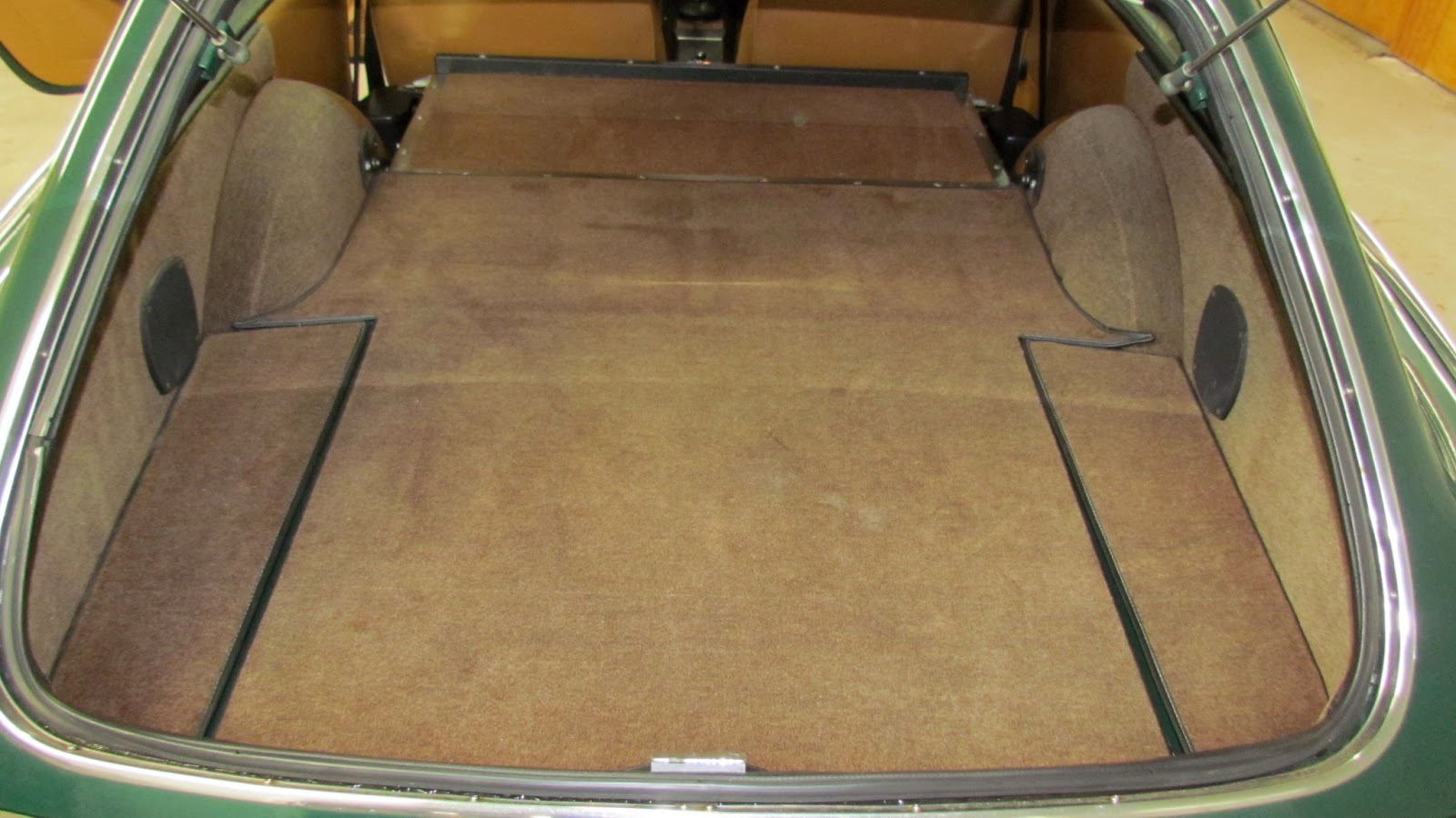 The picture below indicates that this car has either been stored in some kind of cryogenic locker or its likely that the license plate frame and rear section of the exhaust have been replaced recently.  If those items have been replaced, some will argue that they actually serve as a negative price lever given the car’s status as a low mileage survivor.  Again, details are king, and this seller seems very willing to answer questions. 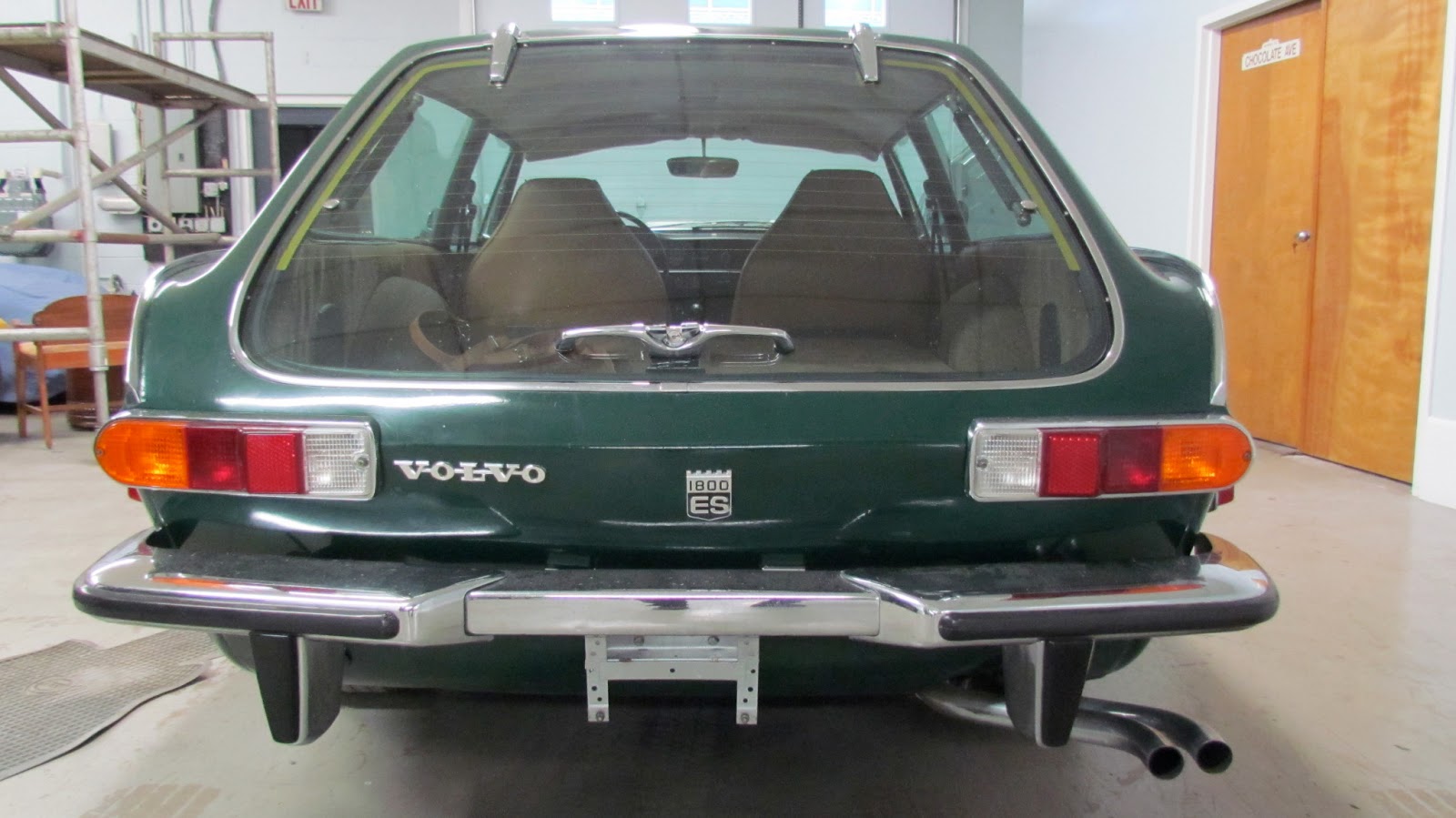 The shine on the rear body panel does not look superb and the depth of the paint is a little hard to gauge in the picture above…but there are more pictures of the paint yet to come. 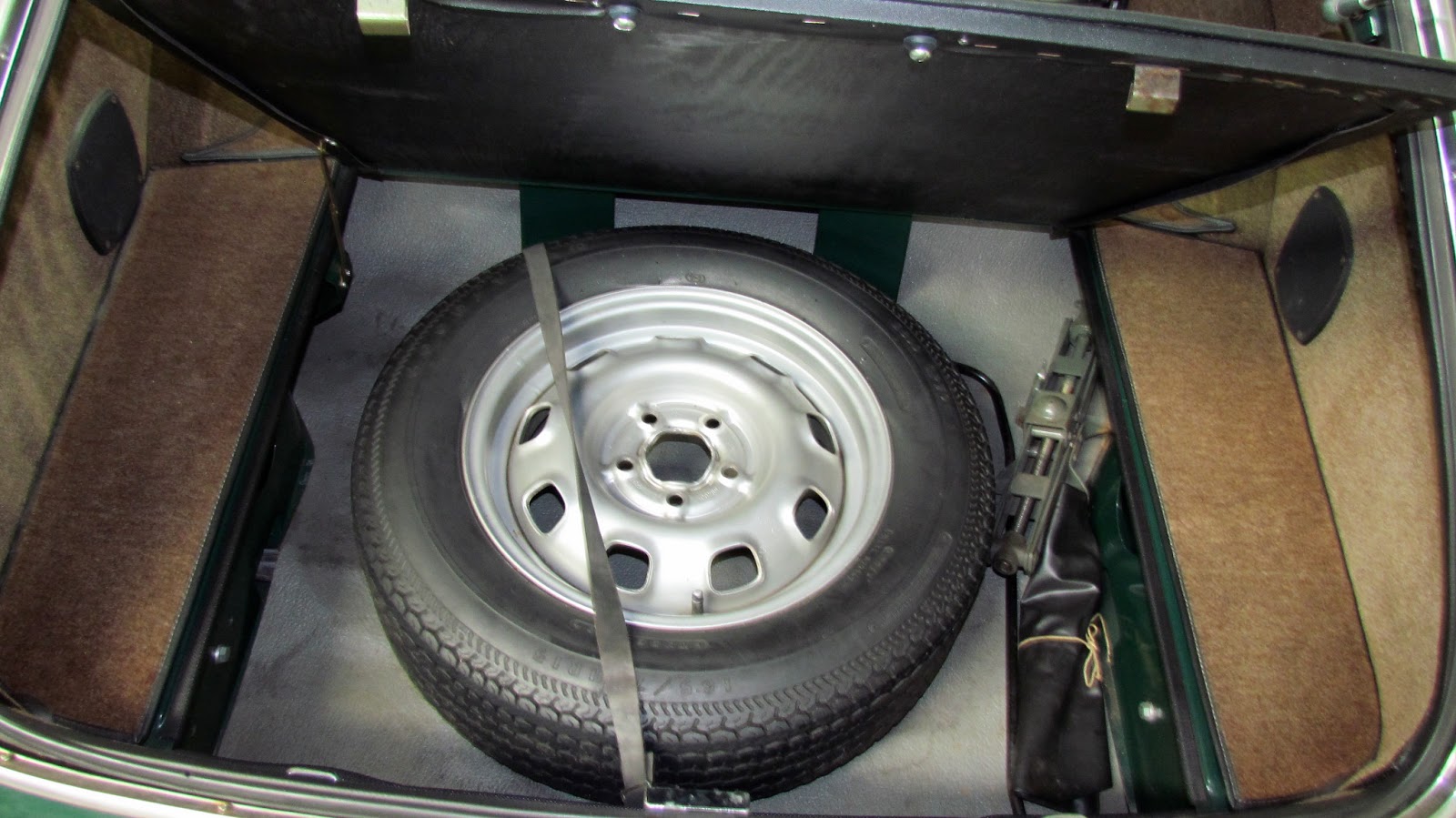 The spare and all hardware are present and the interior paint appears to match the exterior.  This is not a high enough resolution picture to tell if the spare tire has ever been on the ground or not, but it matches the tread pattern of the left front tire which is shown in great detail below, along with a proper finish to the wheel and a pristine trim ring. 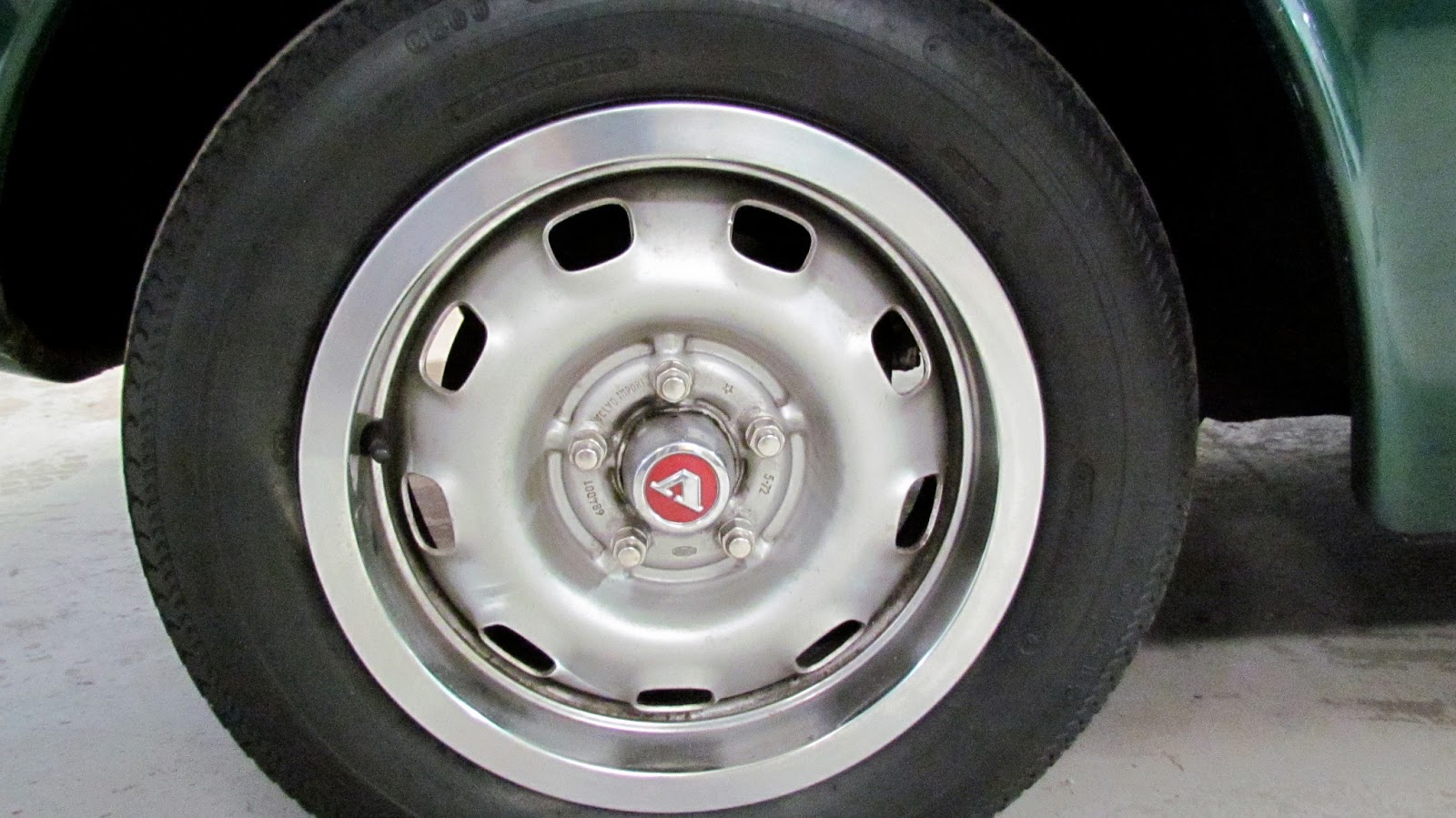 While we might bristle at the notion of someone owning a low maintenance
sporty car
with great a great color combination (and an enduring appeal) for 25
years and only racking up 800 miles, we have a deep appreciation for
that sort of stewardship, which is evident when looking at the
reflection in the chrome headlight bezel show at left. There appears to
be a ’32 Ford about 15 feet behind the person taking the picture in the
Matco Tools shirt. This shot also shows the depth still in the paint which was
not immediately evident in the shot of the rear shown earlier.  It is
that kind of preservation which has us trying to figure out exactly how
much this car should be going for. 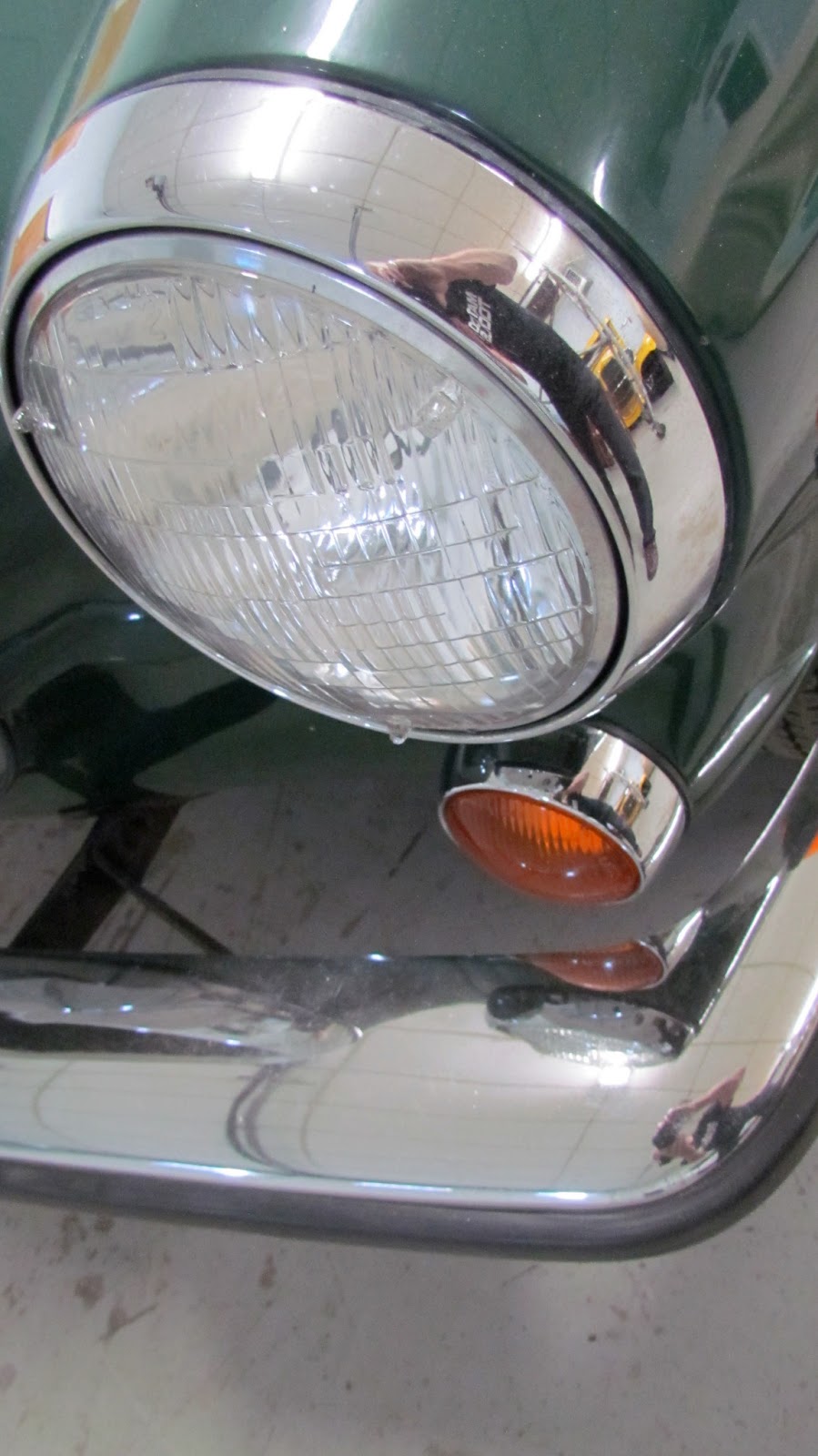 Most of the cars we feature are intended for Daily Turismo usage, but that is definitely not the best fate for this Weekend
Turismo.  We don’t suggest cold storage, but for the
sake of long term value, this is one of those cars that should be
maintained as a survivor.  By keeping the miles to less than 25,000 over the
next 25 years, anyone who is still around to remember that Volvo was originally a Swedish automaker and that cars were powered by gasoline, will undoubtedly pay you big bucks to release it to their future care.

We also received the following high resolution shot of the underside which the seller says wears the original undercoat. 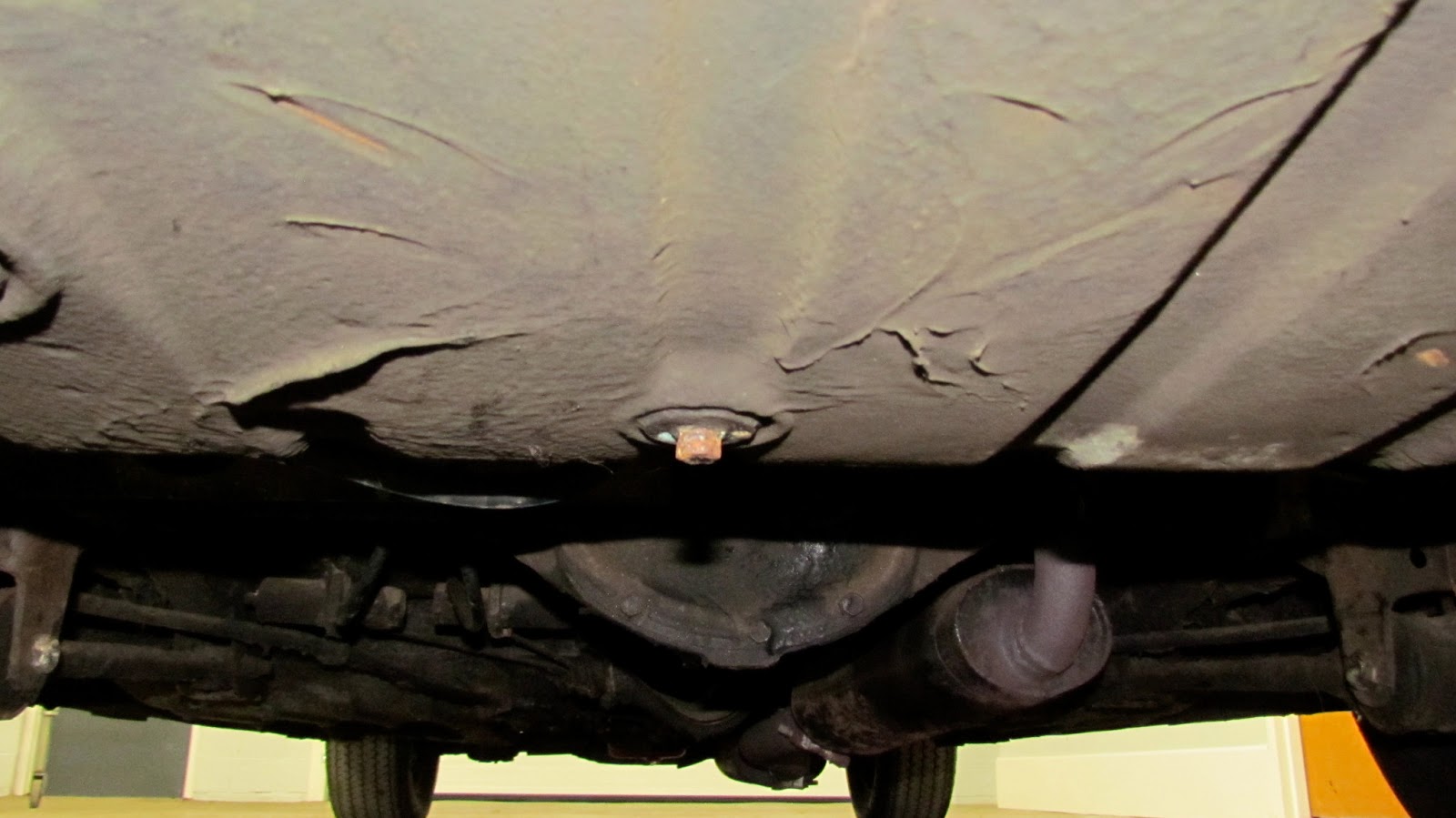 We acknowledge that we may be internet trolls, but it bugs us when awesome looking cars are posted in auctions or blogs with less than decent pictures by which to gauge the value of the car, and less than complete coverage for cars that truly merit some thoughtful consideration.  Ebay is sometimes a quagmire of misinformation, bidding shills and less than forthcoming owners, so we try to take the extra step of looking into the things that raise our flags.  We’re not internet cops, we’re not buying agents, we’re just underfunded gearheads who wish we could buy every car we post!

That said, our internet trolling revealed that this owner is approachable and his ebay
Seller’s Nom D’Auction FASTMINI is well earned. Suffice it to say, he knows Volvos, Mazdas, Minis and racetracks.  For more than that, you should contact him.  All we can tell you is that we’ve seen 1800ESs trading for $6000 – $14,000 lately which represents the swing in value for a decent versus strong refinishing job and mild to major reconditioning.  This car would easily bring $18,000 against anything we’ve seen on ebay.  The question is, how much of a value adder is there for low mileage when it’s just 19,000 miles.  We suspect this is one of those cars where the real bidders have already lined up their bids and the last minutes of this auction will be fun to watch.  Mark Twain said it is “better to remain silent and be thought a fool than to open one’s mouth and remove all doubt.” But hey, I’m just playing for beer bets here so I’ll hazard a guess that this will finish somewhere between $21-$24k on ebay.   If you end up buying it, let the seller know you saw his higher resolution pictures here on DT, then drop us a line with pictures of the car.

Final thoughts?  What is DTO? DTO features are items that aren’t good daily drivers and perhaps should be called Weekend Turismo and will sometimes be featured at above our self imposed price limits.  They will, however, be good deals and sometimes feature exclusive DT content  — think of DTO as higher end ebay cars homologated for general consumption via careful screening for BS, and finally, posted on this site.  We will continue to evolve the concept as time goes on.