The opportunity for regular working class folk to get into the seriously good stuff seen at Pebble Beach Concours d’Elegance is indeed limited.  Well-to-do collectors have driven the price of desirable cars to undesirable levels due to an almost unlimited demand for vintage cars, but a limited supply.   As internet pundits, we see car deals in the same way a random dude playing fantasy hedge fund manager (tm!) sees stock deals, we gasp and shout (to ourselves) look at what a deal this is.  Today, we initially thought we found the next best thing to 1984 Apple stock…this 1959 BMW 502 3.2 Super offered for $25,000 in Greenville, CA via craigslist.  Tip from Kaibeezy. 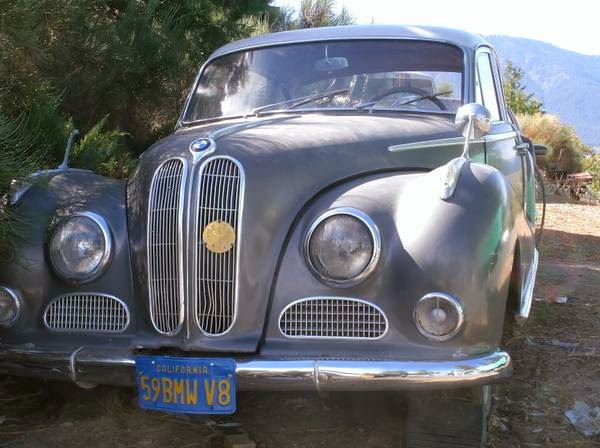 The BMW 502 is one of those cars that at first glance you would assume you cannot afford it. It was the first post war BMW to be V8 powered and it looks like a you need to have the middle name Rutherford to even think about owning it.  Imagine our surprise when one shows up for the price of a decent new family sedan.  At first glance it looks like a ton of cool old car for a great price…right?  The 502 was nicknamed the Barockengel (German for Baroque Angel) when first released and was known for a heavenly ride experience, due to the use of sophisticated suspension components when everyone else was still using adapted ox-cart parts. 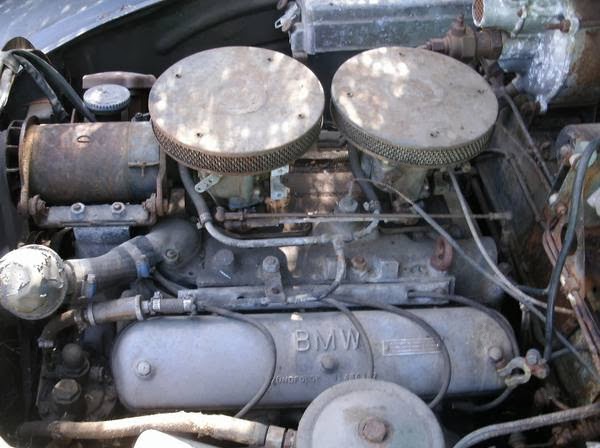 This one is even the more desirable 3.2 Super version (there was also a basic 3.2 version) and the small alloy 3.2 liter V8 should put out 162 horsepower and 163 ft-lbs of torque.  This is the same V8 found in the uber rare and uber-expensive Albrecht von Goertz styled BMW 507 drop-top — how could this 502 not be a stinking good deal. Sure, it needs a bit of chrome polish and hasn’t run since the owner lost his keys in a house fire in 1989… 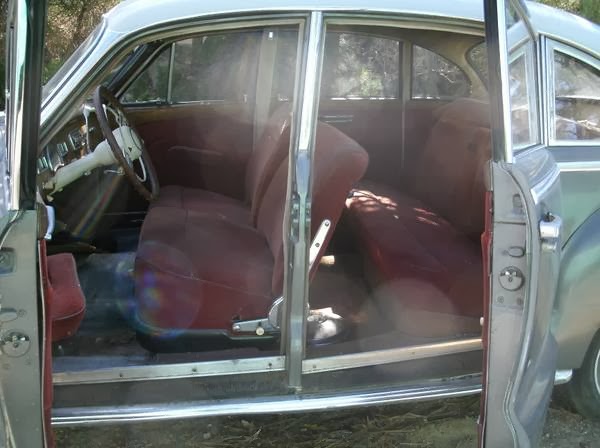 It even uses suicide doors for the rear occupants – how can this car NOT be worth more than a 22 window VW bus or a SWB 911? A quick search around the interwebs finds a pair of derelict 501/502s offered for $29k (3.2 base) and $23k (i-6) on gullwingmotorcars website.  Both of those cars need some sorting (like this one) to get on the road.  So…maybe not 1984 Apple stock…how about 2013 Facebook stock?  Or are all three of these cars undervalued in today’s classic car market, just waiting for some attention? 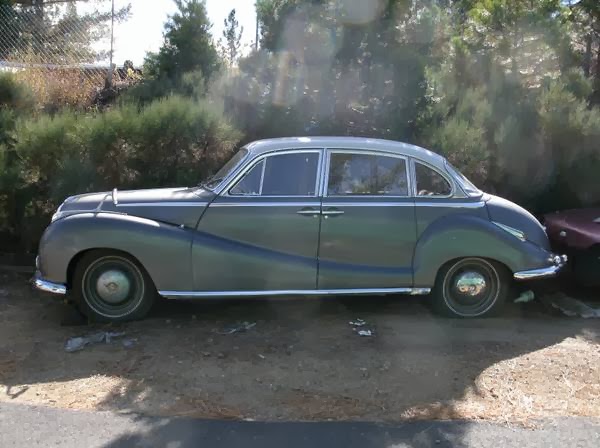 See a better abandoned classic just in need of some love? tips@dailyturismo.com