It isn’t often that a car leaves me stranded.  Problems are common with the junkers I’ve driven over the years, but with the exception of a totally grenaded clutch, I can’t recall a time that I’ve needed to call a tow truck in the past decade or two…but that was before I purchased a ’70s Saab.  This is a continuation of the story of the Draken and part of Daily Turismo’s Project Car series. 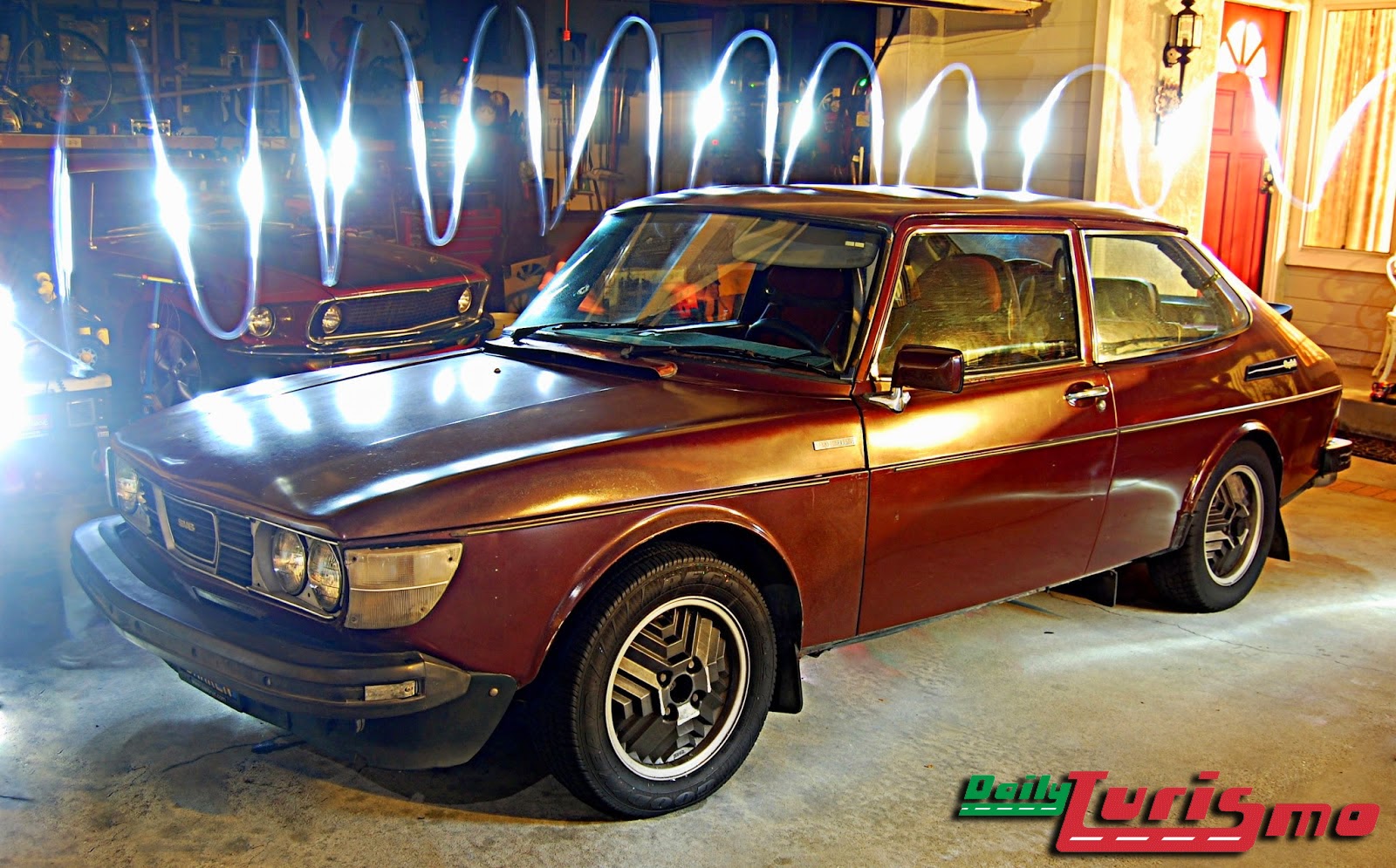 Here the Draken is safe at home in the driveway, but a few weeks ago it had a no start condition that first seemed like a dead battery.  Turned the key and no lights, no start, no nothing…but the headlights still worked, hazards okay…. not the battery…ignition switch?  I spent a few minutes fiddling with the key/ignition and eventually got the car to start and managed to get home…no tow truck. 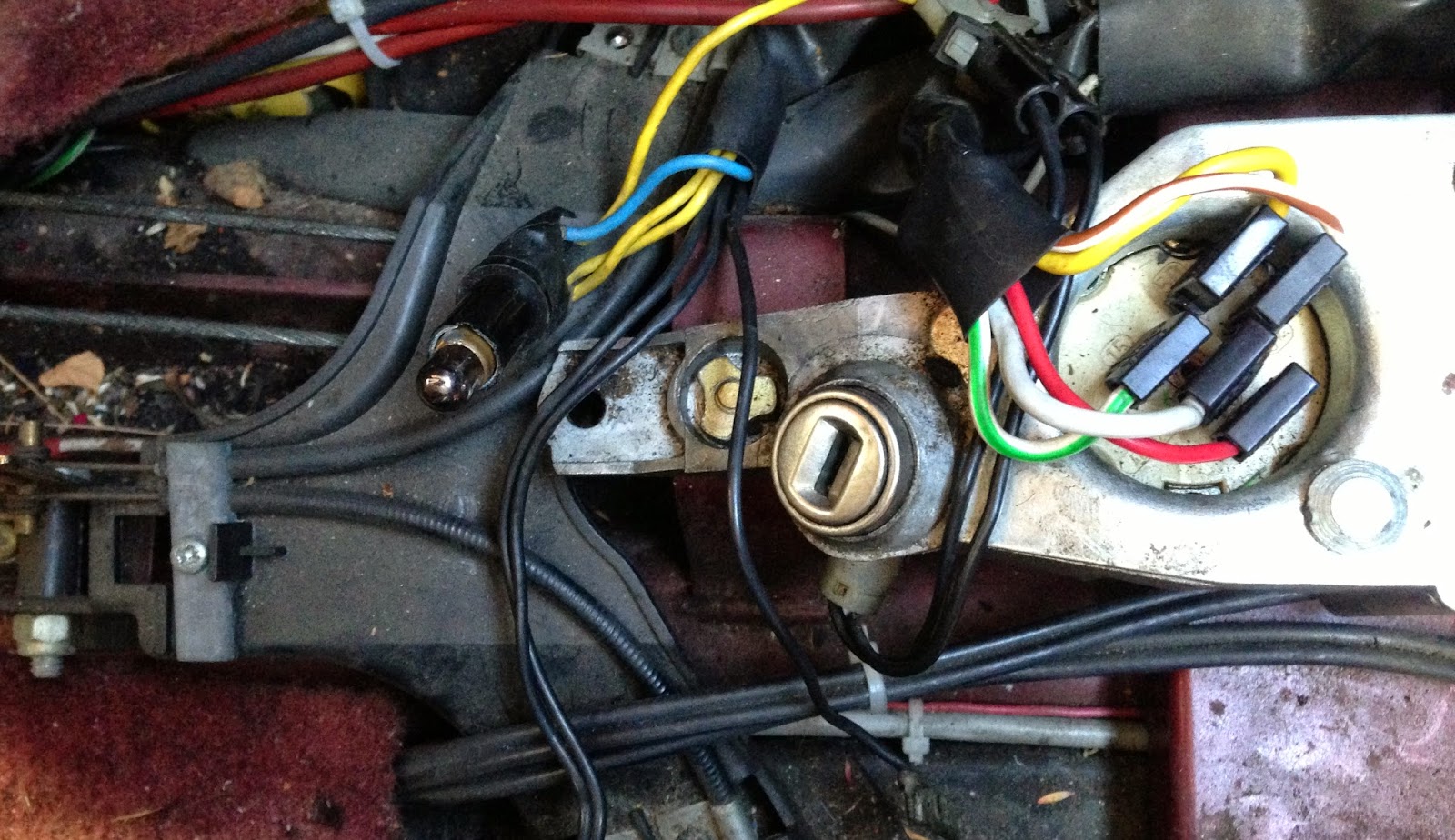 Ignition switches are hard to access for a reason. They are hidden from the hands of filthy thieves who might try and force the ignition switch and take your precious Saab without leaving you a pile of cash. The Saab 99 ignition is located just behind the shifter between the front seats and is exposed by removing a plastic cover with a phillips screwdriver.  The wires are totally exposed for hot wiring, but the 99 requires the owner to shift into reverse before removing the key (except this feature was disabled in the Draken), so you could start the car but you’d have to drive home in reverse.  I checked the switch and found it had 12 volts going in, but 3-4 volts coming out.  Time for an overhaul. 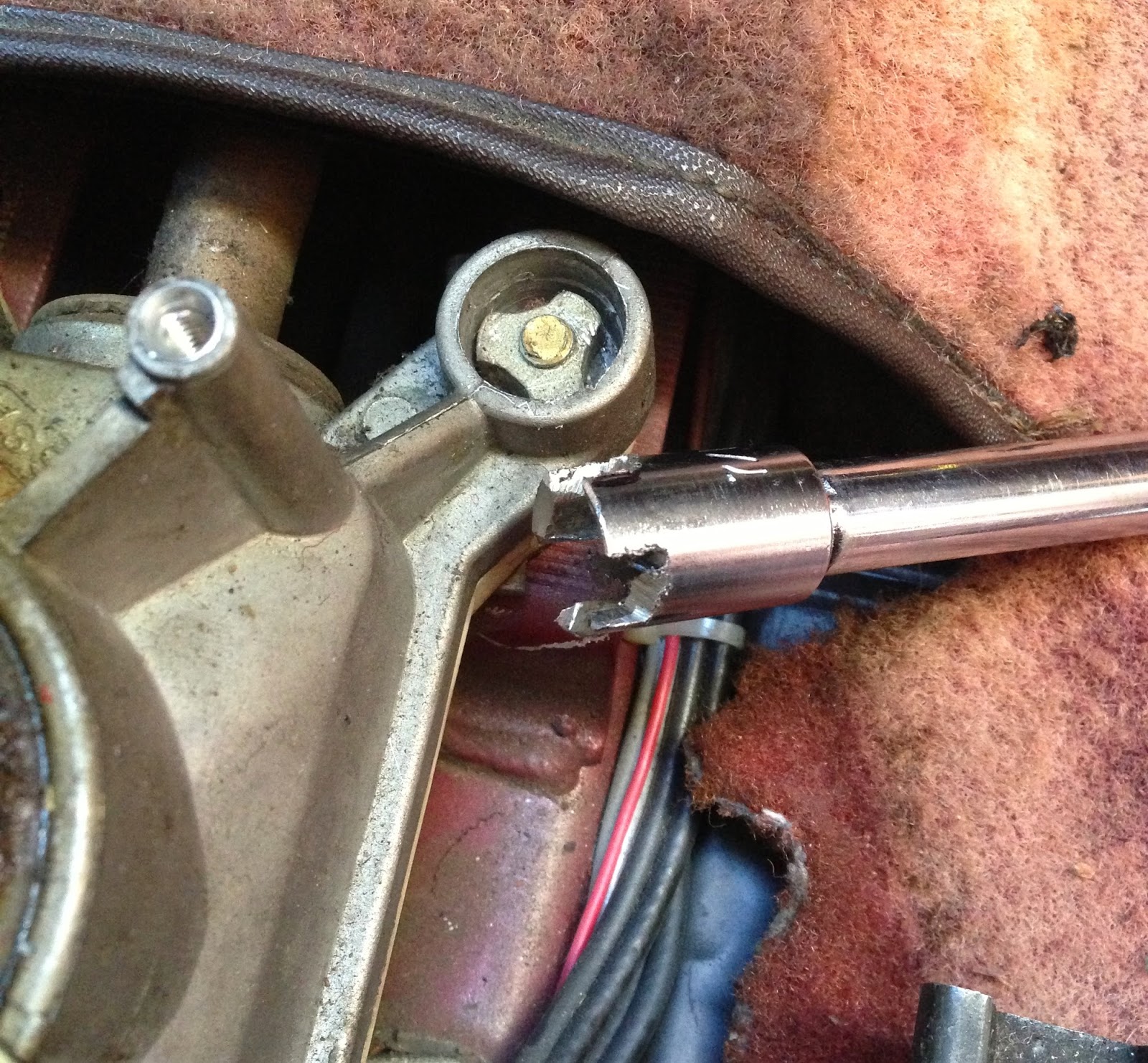 To pull the ignition switch out you need to remove the entire shifter/ignition housing piece, and to do this requires a special tri-pointed Saab tool…or a 7/16ths socket and a grinder.  I mostly followed the directions from the Saabsite here, but had to go on my own when rebuilding the electrical portion of the switch. 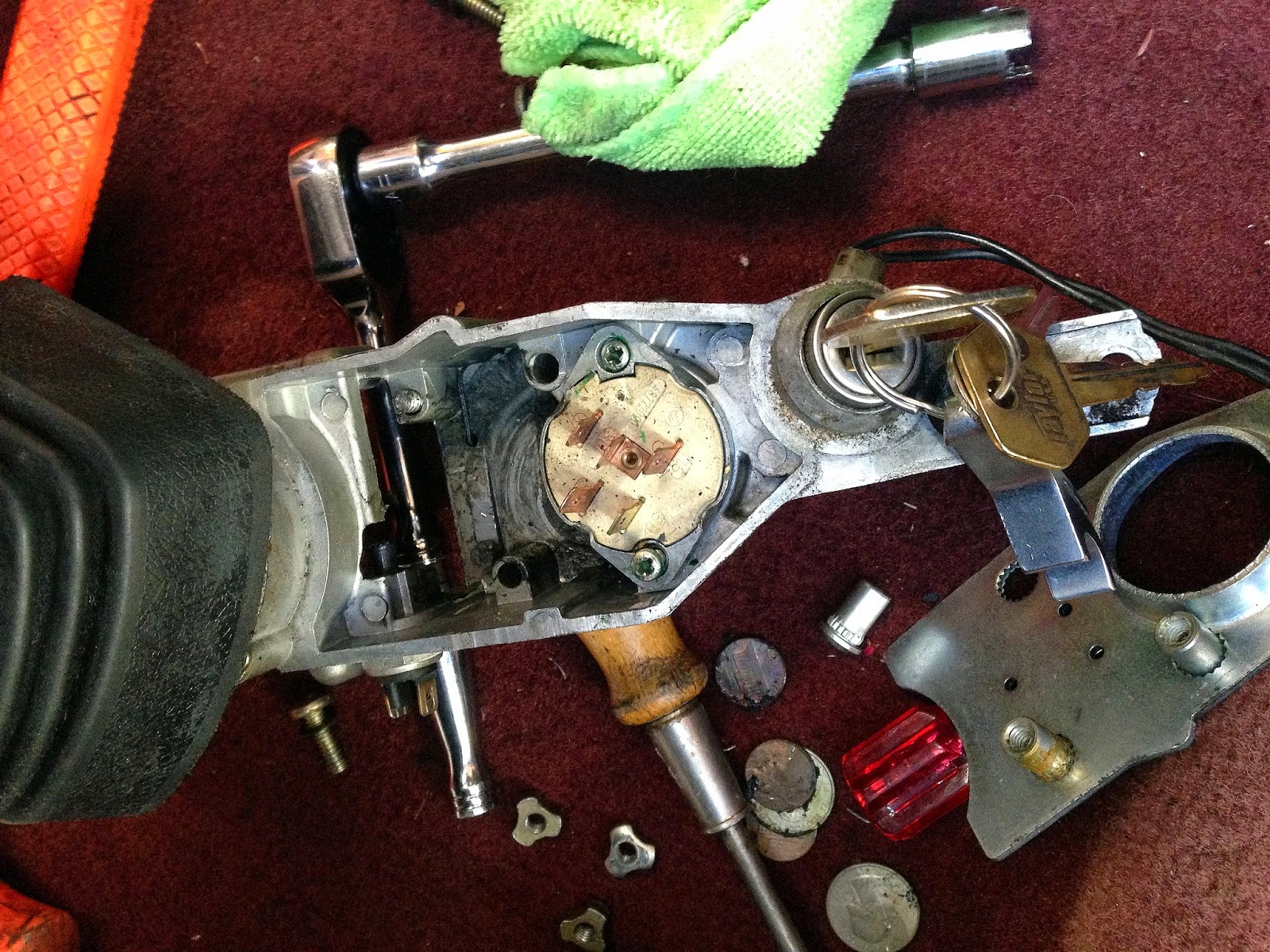 With the shifter/ignition housing removed you can remove the actual ignition switch, which is just a matter of a few more fasteners. 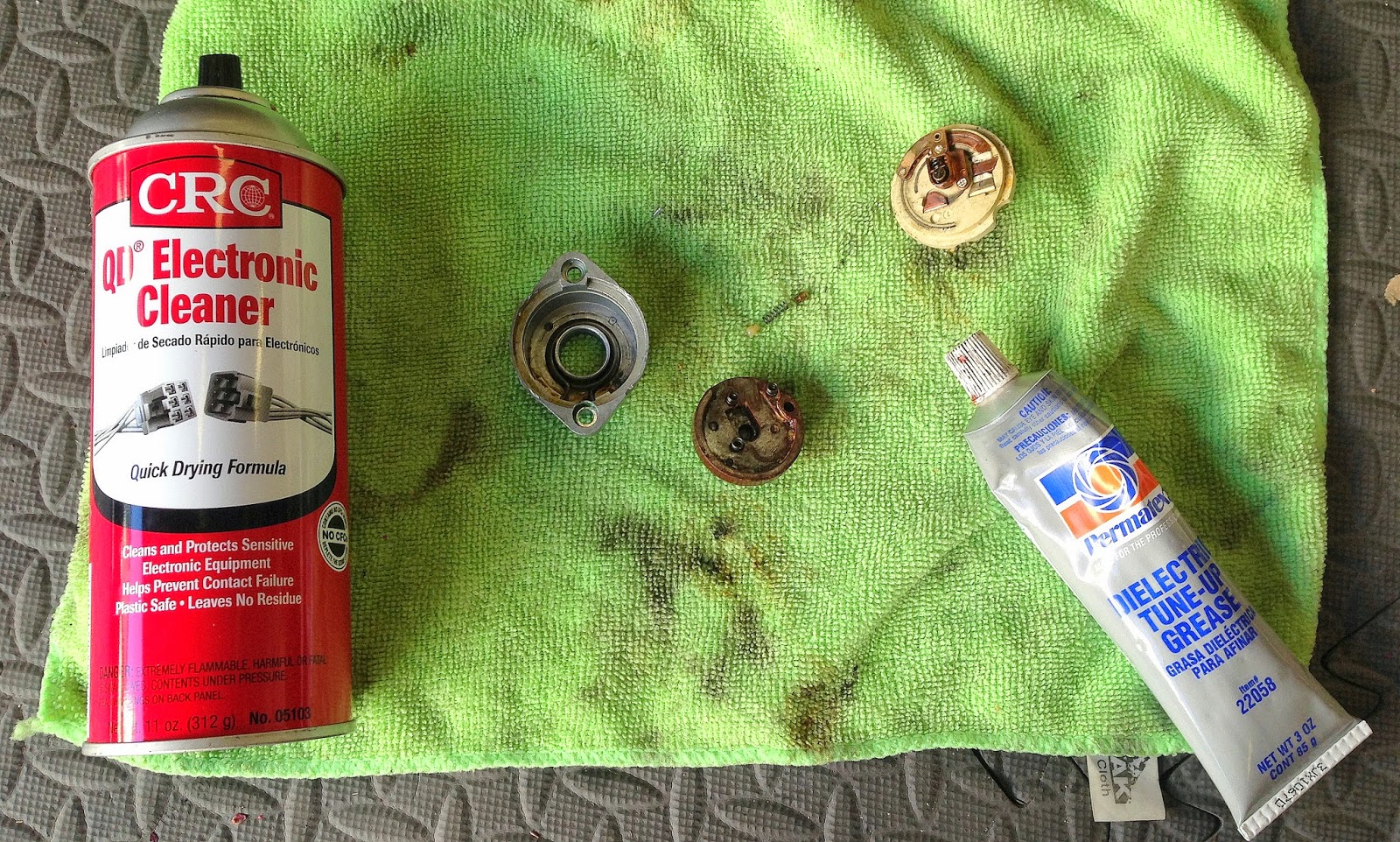 Of course the Saab 99 ignition switch isn’t part that you can simply order on the interweb and replace, so I pulled it apart for servicing.  The bits inside didn’t look that bad, but I hit it with some contact cleaner and lubed up the mechanical detent portion. 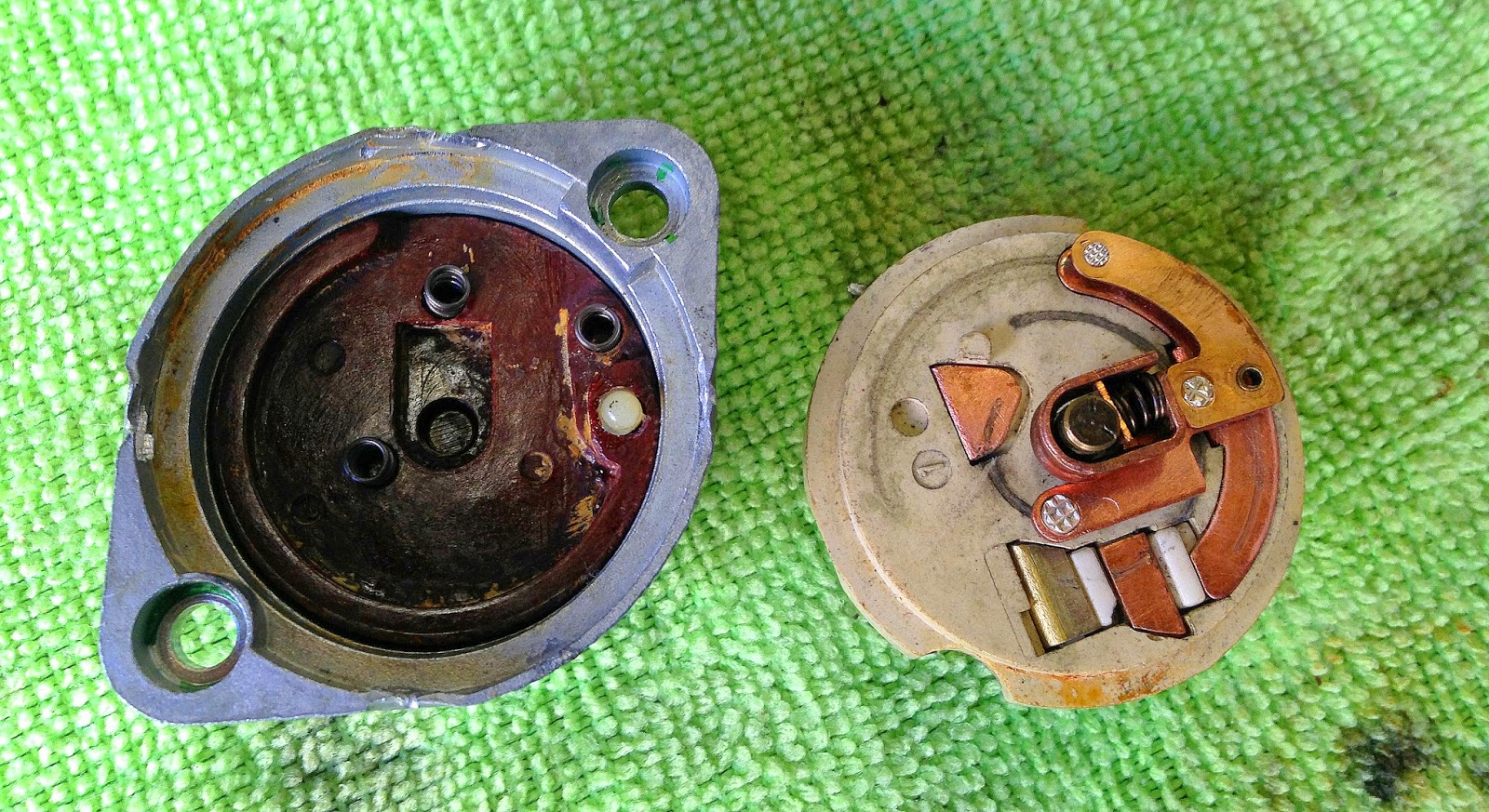 Not bad for a 36 year old part?  Actually, this might not be the original ignition switch and it looked fairly new.  Back together and back inside.  The switch consists of an electrical contact portion (right) that connects to the external electrical spades and a mechanical spring loaded section (left) that deals with mechanically giving you the feeling your key is in the right spot.  It wasn’t too bad to figure out, but a few parts are eensy-teeny-weeny and need to be carefully installed in the correct position.  This photo shows the inner plastic mechanical part installed in the housing, but there are a few springs that need to be placed carefully. 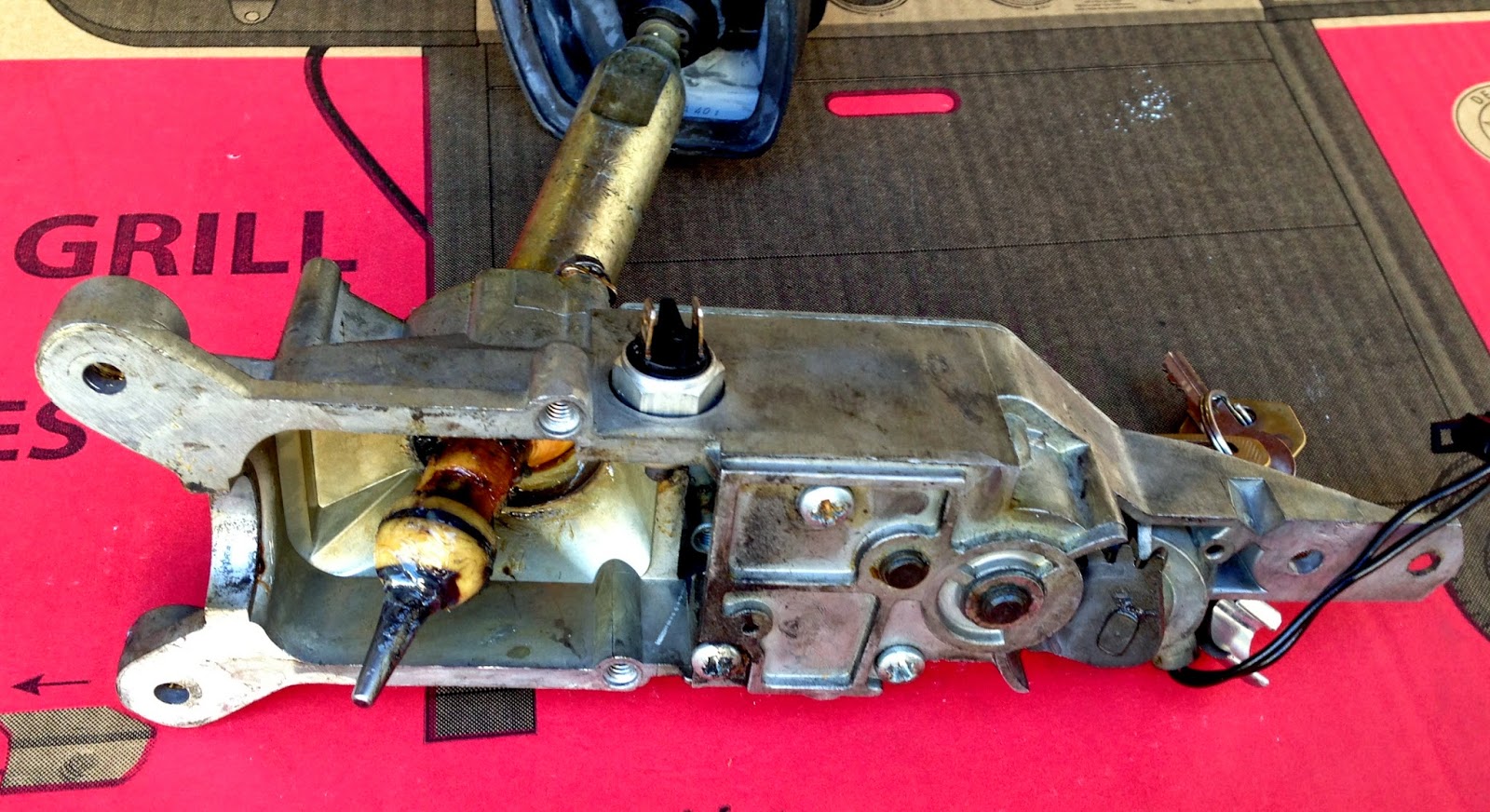 I took the time to inspect and lube the shifter linkage, which didn’t look bad at all.  The reverse lock-out portion of the original Saab anti-theft system was actually floating around inside the housing, so it may have broken instead of being defeated on purpose. 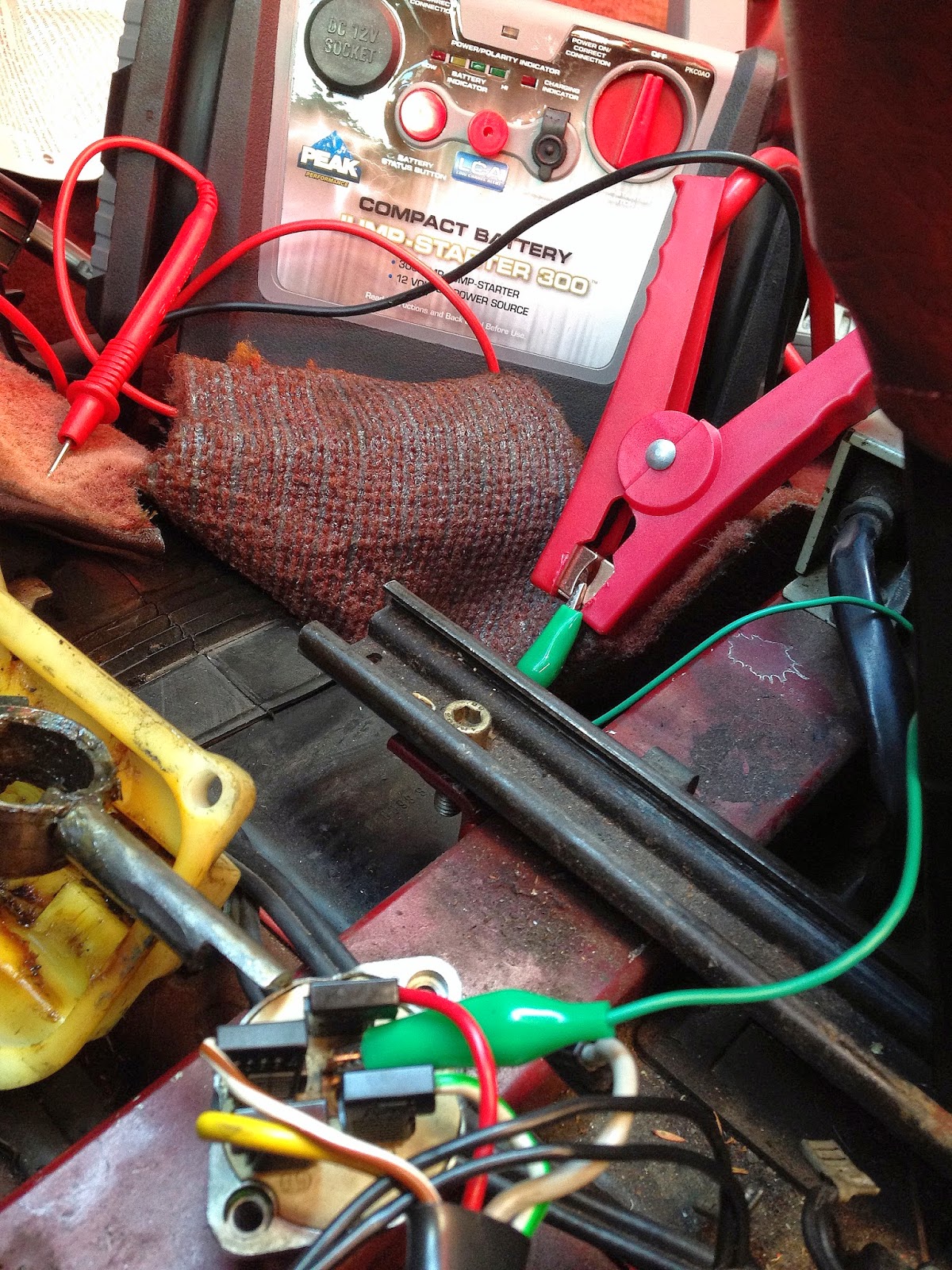 Back in the Saab everything look great, but still no start.  Checked the voltage coming into the switch and it was 12 V.  Checked output and it was 2V.  Drat, I must not have cleaned or reassembled the switch correctly.  Pulled apart the entire ignition assembly (getting good at it) before I decided to ohm out the switch.  Switch tests good.  Blast!!  It was the dreaded exposed under hood fuse panel limiting current to my ignition switch and I had taken apart the entire thing for nothing!!  A quick test with an external power supply proved the hypothesis and it just so happened that there was a big thick fused red wire heading to stereo amplifiers (that I don’t use) right next to the ignition switch.  Fresh power to the ignition switch and everything works great. 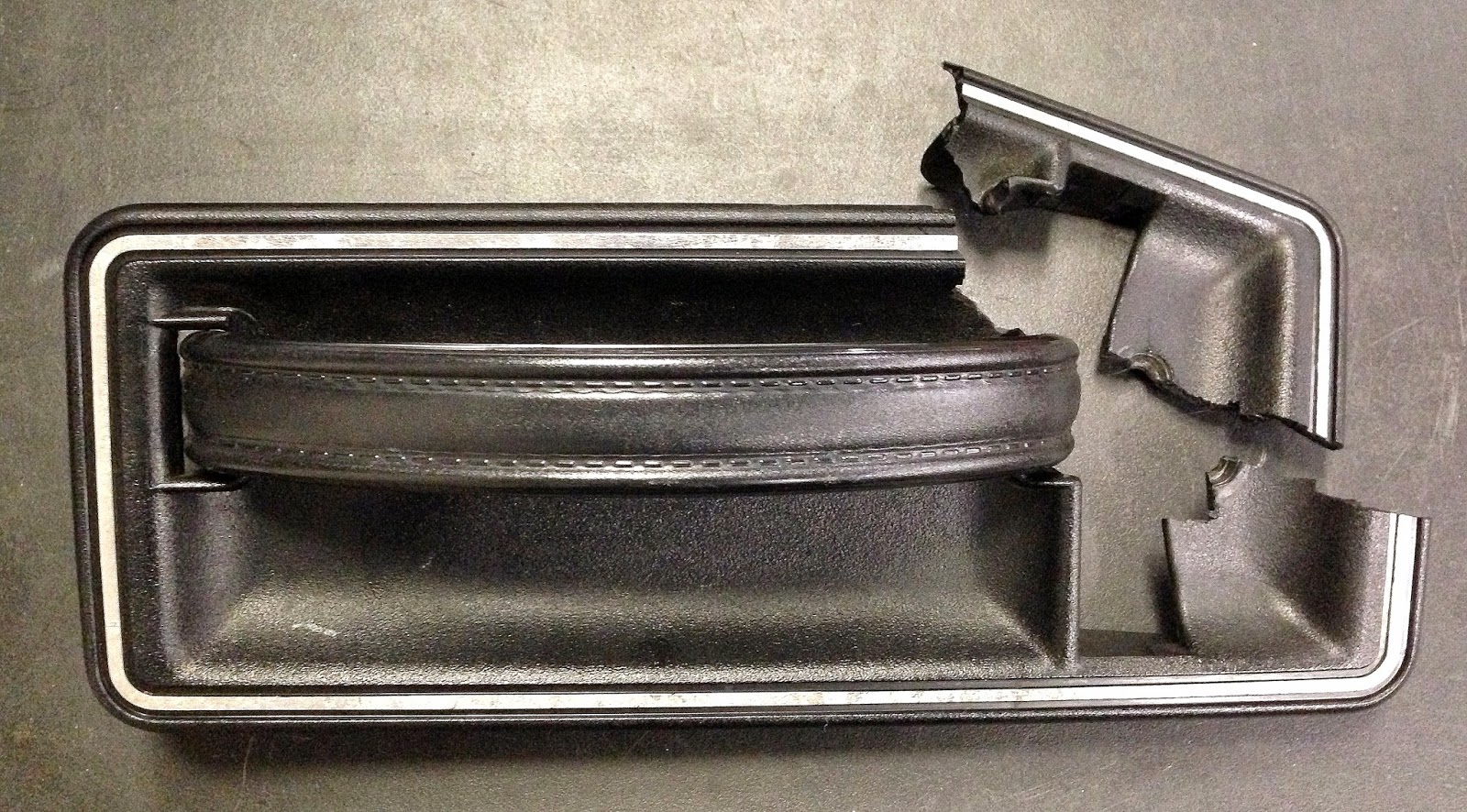 With the ignition back in business, I decided to tackle a few cosmetic issues, including the passenger door pull that some neanderthal acquaintance of mine was kind enough to remove. 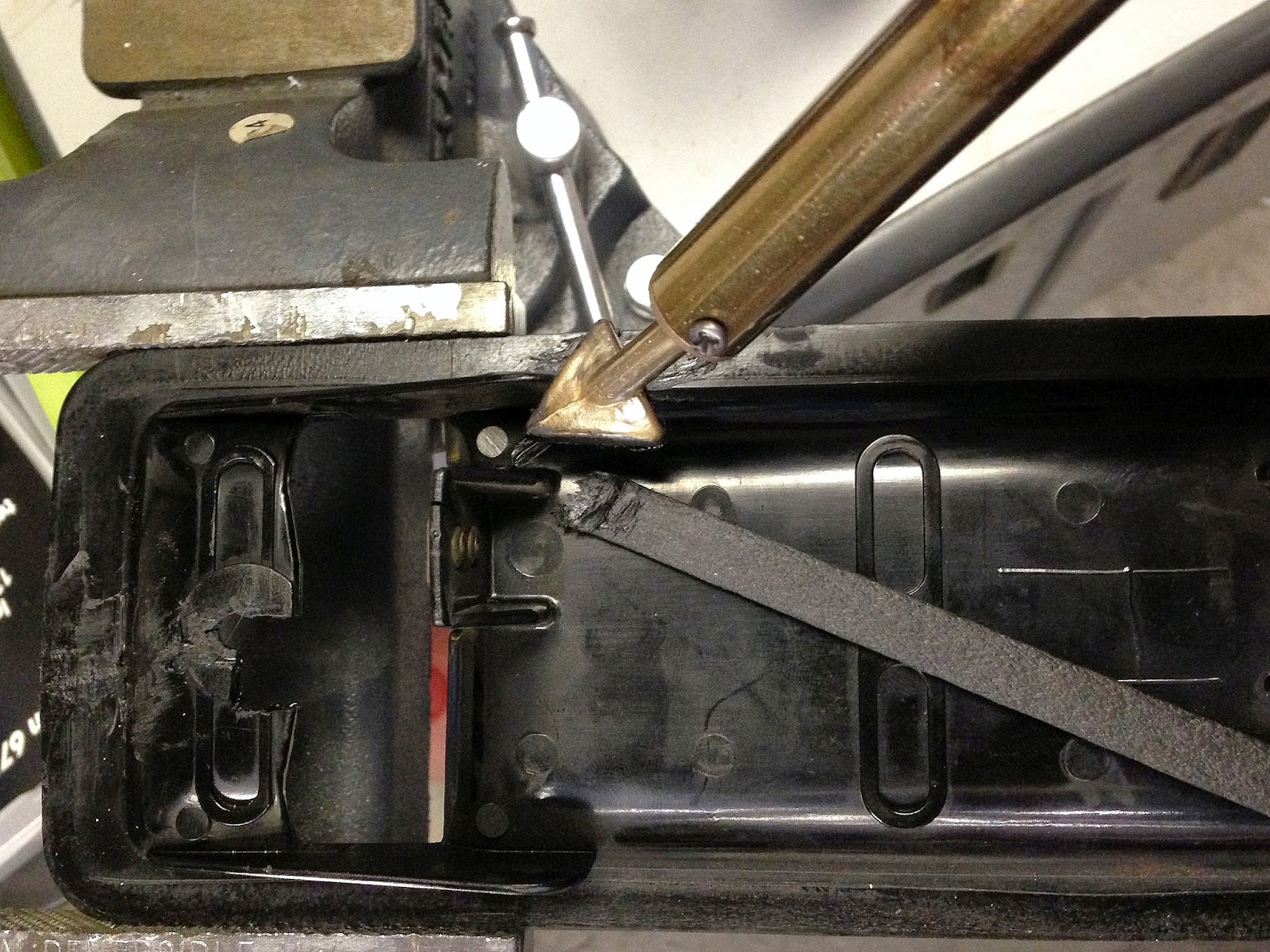 A little bit of inhaling fumes from the plastic welder later… 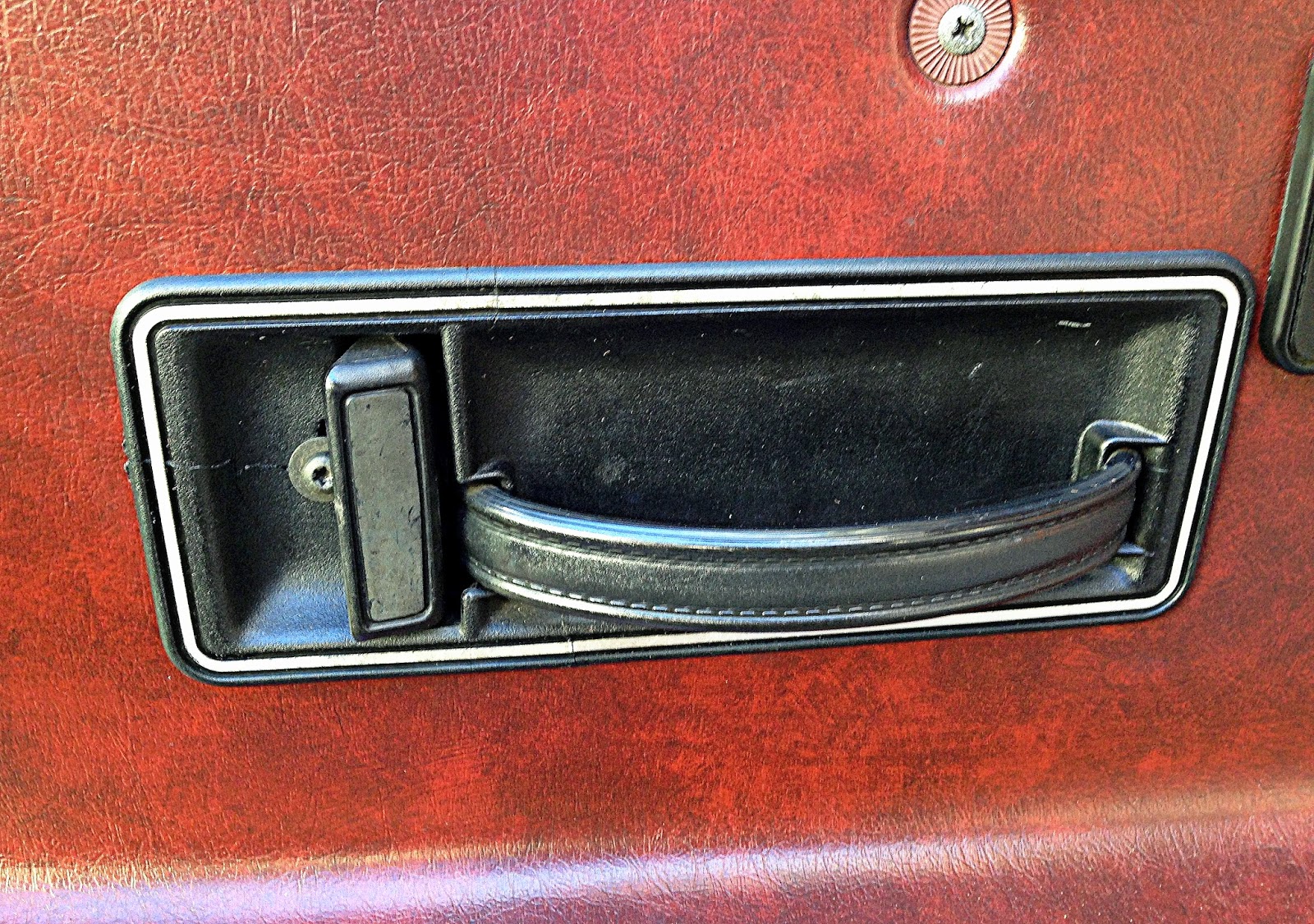 …and presto, door pull is back in business.  We’ll see how long it lasts. 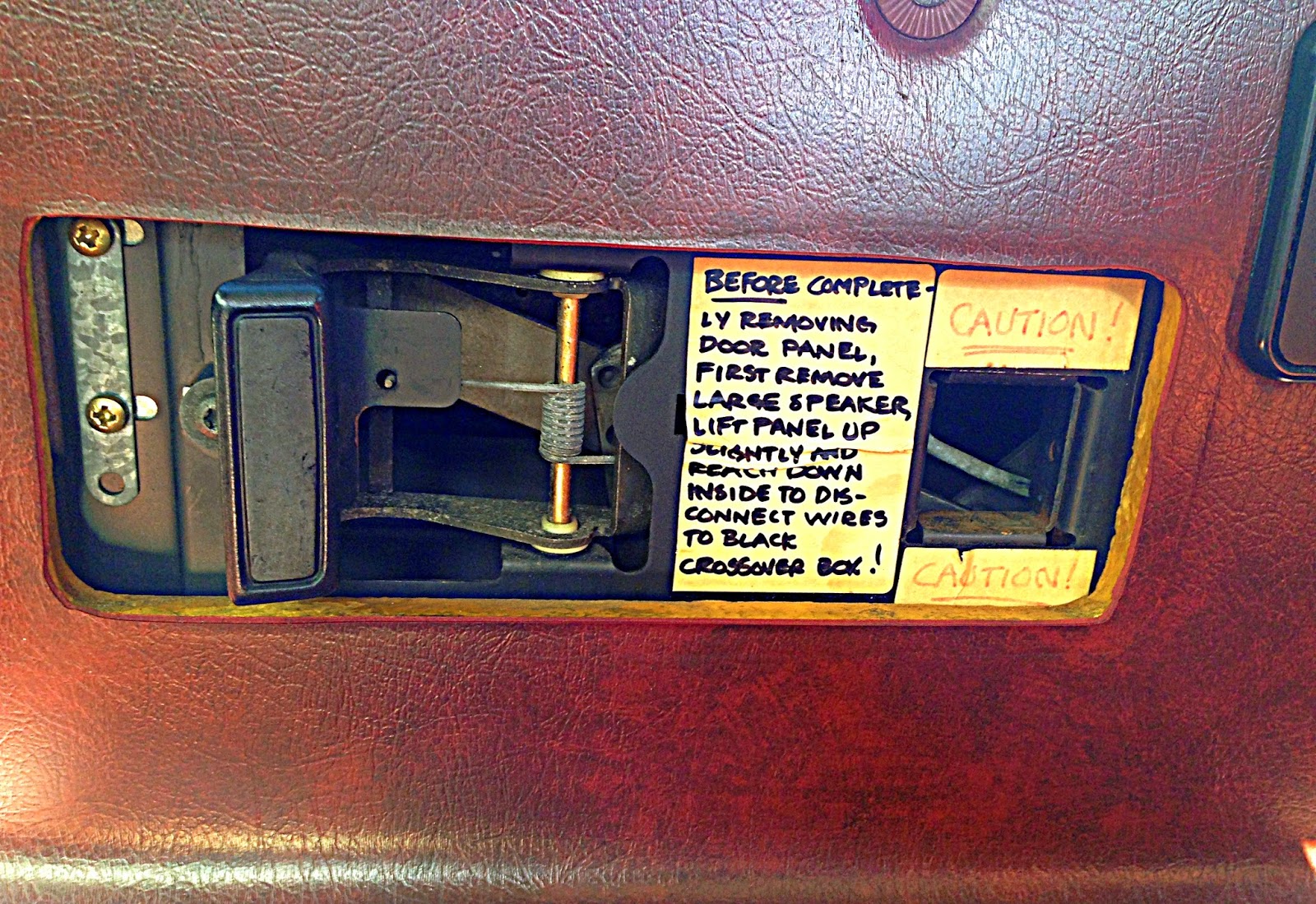 One of the best parts about buying a used car is the neat stuff you find inside it from the previous owner.  Here is a nice handwritten note detailing how to remove the door panel without destroying the speakers. 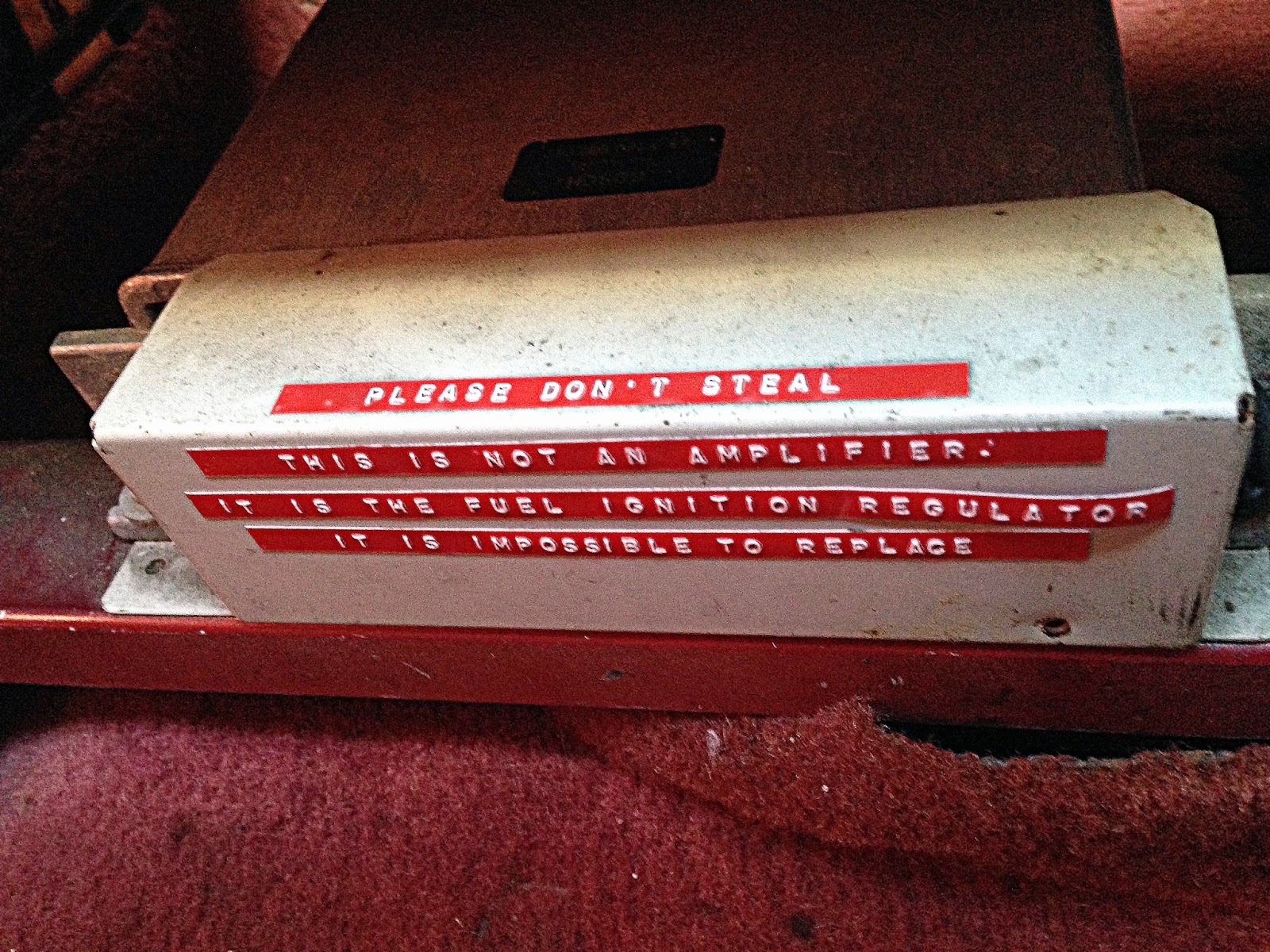 Another cool find was the homemade Dymo labeling on the EFI computer located on the passenger seat rails that reads “Please don’t steal, this is not an amplifier.  It is the fuel ignition regulator, it is impossible to replace.”  Fuses are located under the hood and exposed to the elements, but the ECU is under the passenger seat?  Thanks Saab!! 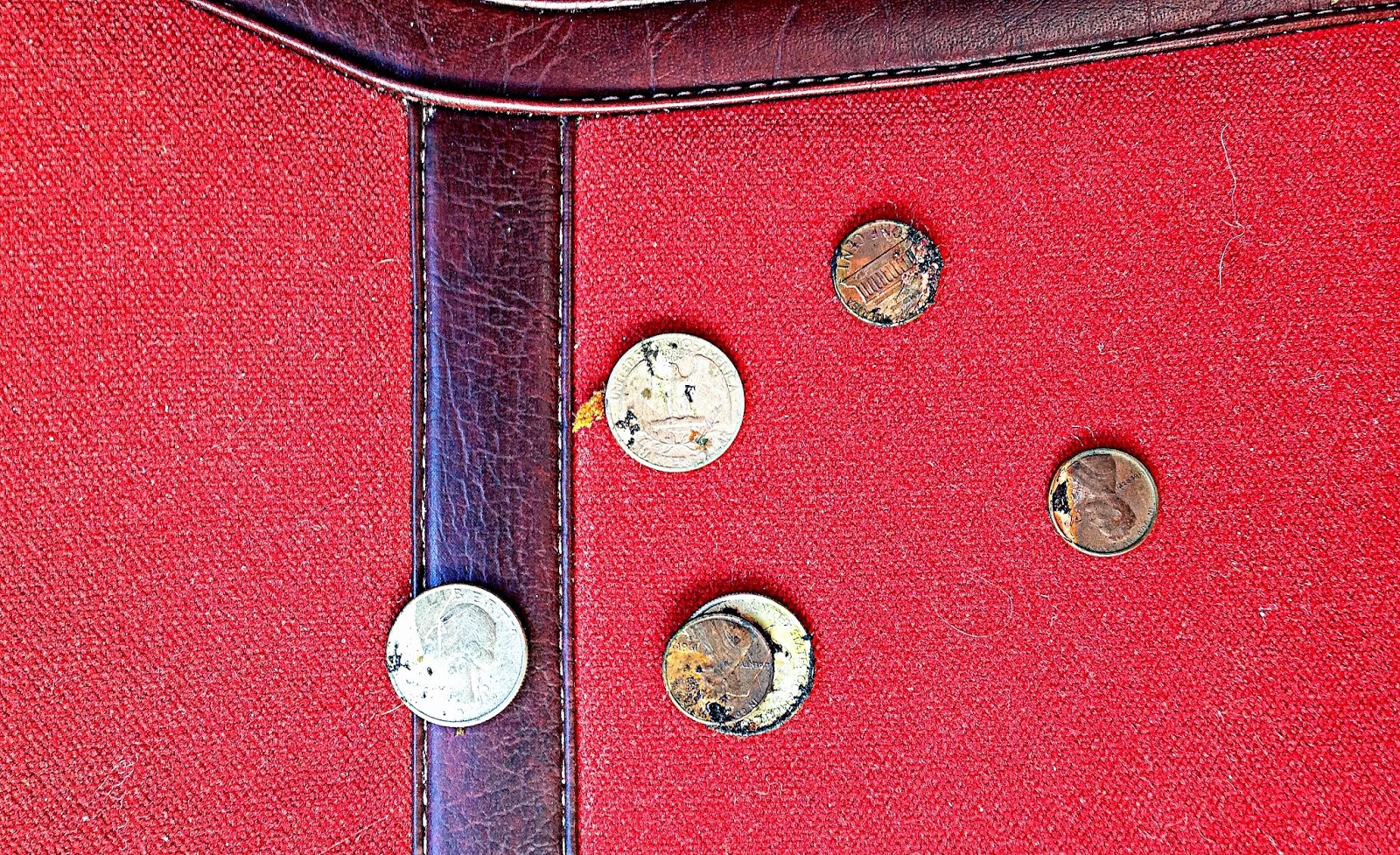 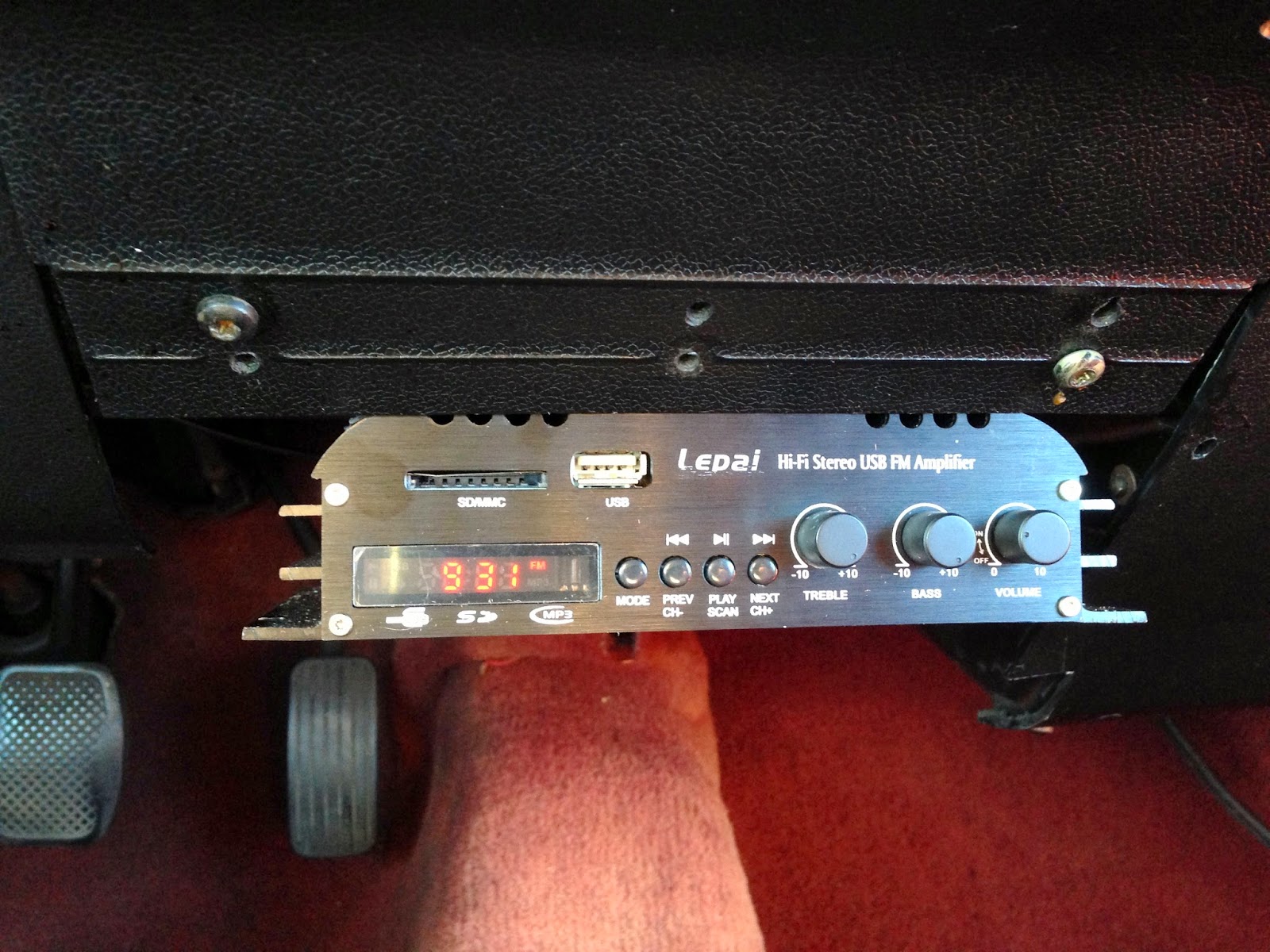 I removed the original stereo/center console/gauge cluster thing that was sitting on the transmission hump and clearly not an OE piece.  The console had an aftermarket automatic transmission brake controller module inside of it — so who knows where that came from.  I didn’t want a big flashy DIN radio to clash with the Draken’s minimalist ’70s aviation looks, so I found this Lepai hi-fi stereo — the install and details will be the subject of a future write up.  Tunes rocking, ignition functioning…time for a drive. 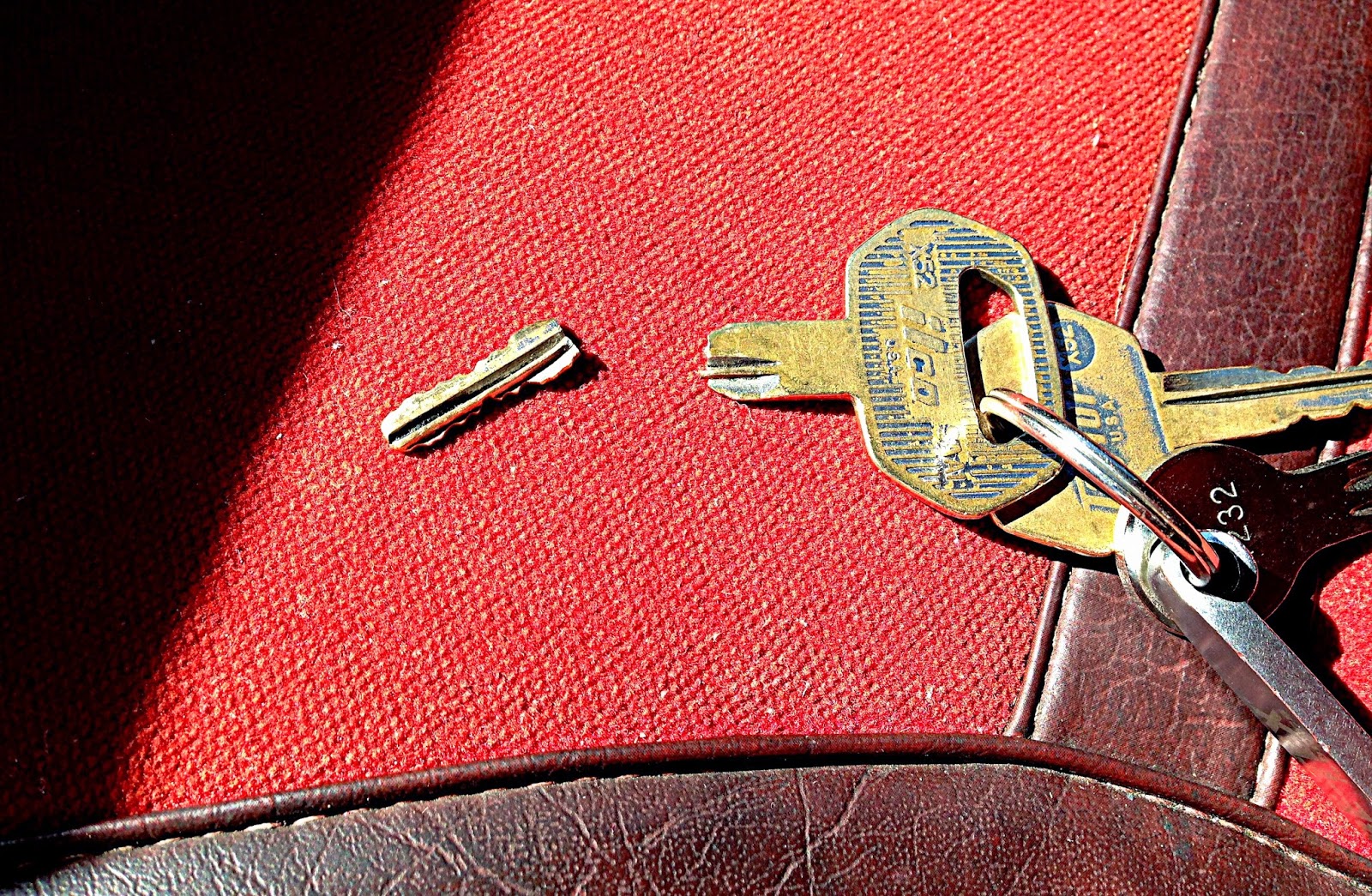 Take the newly fixed Saab to lunch, key in the door…snap.  Seriously?  Finally, the Saab stranded me.  No tow truck, but I did have to get someone to pick me up to get the spare key, but seriously…what are the odds?  The old key finally gave up the good fight. 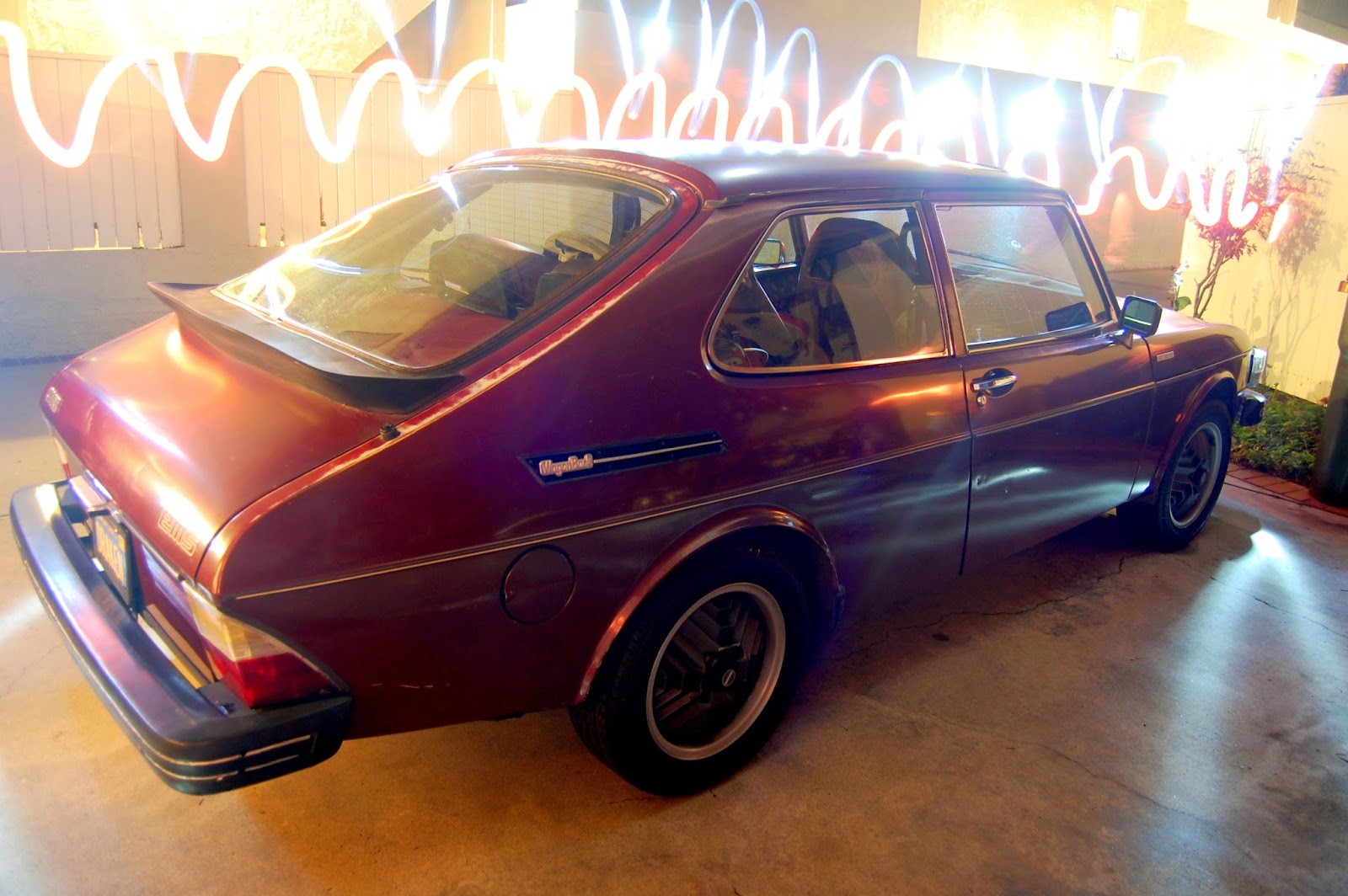 That is all for the Draken update for now, but stay tuned for more details and how to create your own trippy night time photographs using a dSLR camera, a Saab 99 and a Maglite.

Want to share your tales of mechanical woe? Email us here: tips@dailyturismo.com