I’ve never been shy about saving a few bucks at a sale.  Fire sale, garage sale, black Friday, green Friday, going-out-of-business sale, whatever…heck, sometimes I’ll get stuff for sale prices when the seller doesn’t even know he’s having a sale!  So, when this next time came in and the seller claims that he has dropped the price by $3k for a quick sale…my ears perked up.  Find this 1974 MGB GT offered for $7,000 in Clearwater, FL via craigslist.  Tip from FuelTruck. 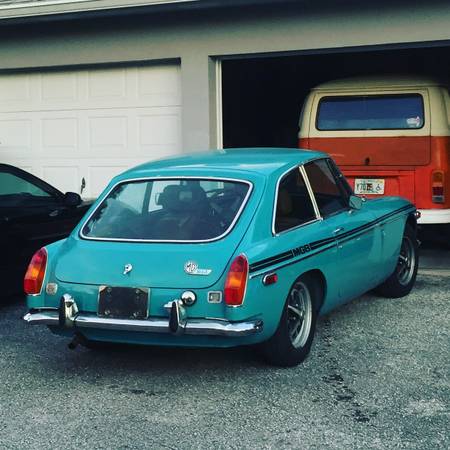 MG’s little “B” was made in various forms from 1962-1980.  The MGB received many upgrades from when it was first released in 1962 to when it was put to pasture in 1980, but none as
visually striking as the 1965 GT hardtop version designed by Italian design
house Pininfarina.  It adds weather integrity, body structure, rollover safety, and 2 small rear seats to the basic MGB roadster. 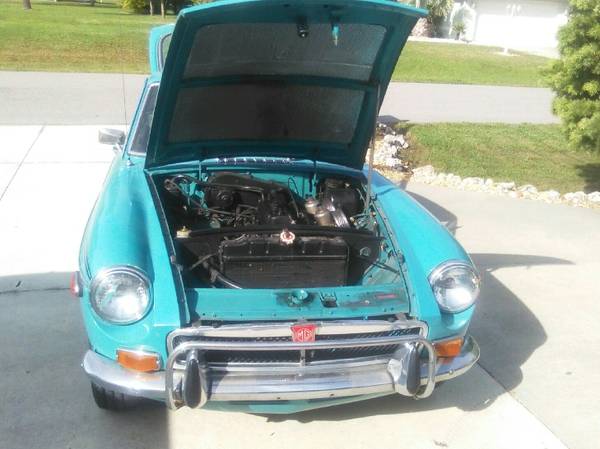 Like most MGBs over the years, this one is powered by a BMC’s B-series
engine, in this case a 1.8 liter OHV 4-banger that pulls 90ish horsepower worth of air and fuel through a set of twin SU carburetors.  The
B-series engine is known for its simplicity, reliability, and generally
not causing much grief for its owners. 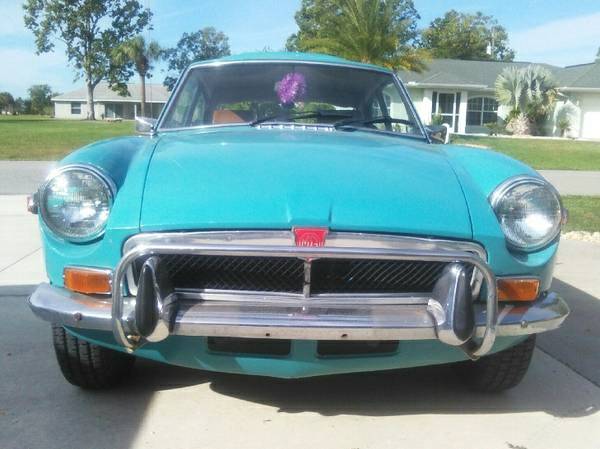