Many of the articles here feature used car listings that are woefully deficient in some sort of way.  When you stumble upon a CL ad with exceptional pictures, detailed info, and an interesting car it really stops you in your tracks .  The Alfa Romeo Spider had a number of updates over its thirty year production run but the basic formula stayed the same over that time.  The early series 2 spiders are one of the more desirable versions with chrome bumpers, relatively svelte curb weight, and pre-smog engines.  DT doesn’t normally write about cars near the top of the market, but this one stopped me in my tracks at how well presented and nice it was.  Find this 1976 Alfa Romeo Spider for sale in lakes region of New Hampshire for $12,000 via craigslist. 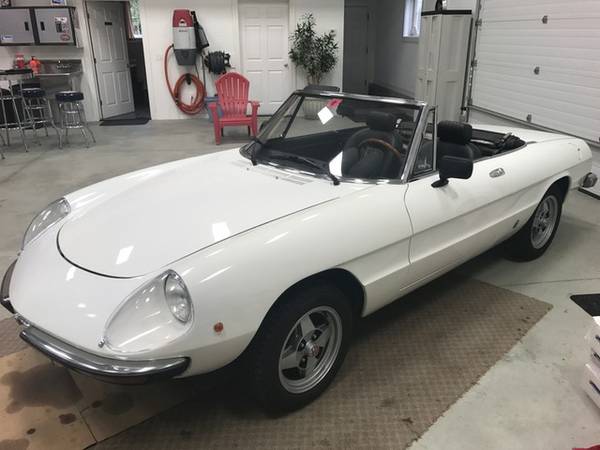 The seller of this Spider looks to have a hell of a garage set up.  The car looks to be in immaculate condition all the way around from the pictures.  The slim metal bumper conversion looks a thousand percent better looking than the ungainly rubber bumper that massacred the looks of this 1976 model and all S2 cars after 1974.  The odometer shows 27,000 miles on it, but they can not be confirmed as an accurate number. 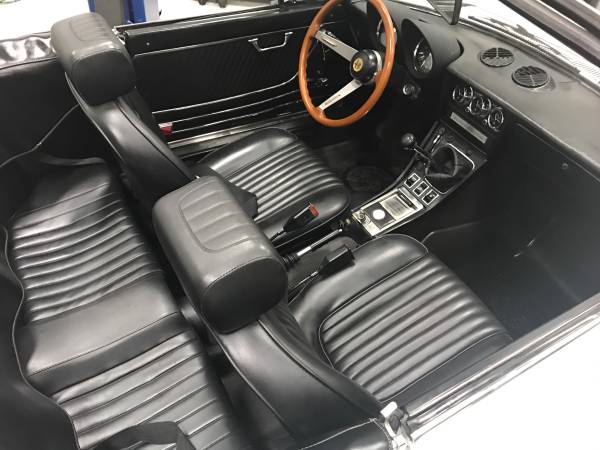 Alfa Romeo’s SPICA mechanical fuel injection was found on USA cars for over a decade.  The system has it fans over here, but can be challenging to properly tune for the many who are unfamiliar with the system.  Today’s car has the euro twin carburetor set up. 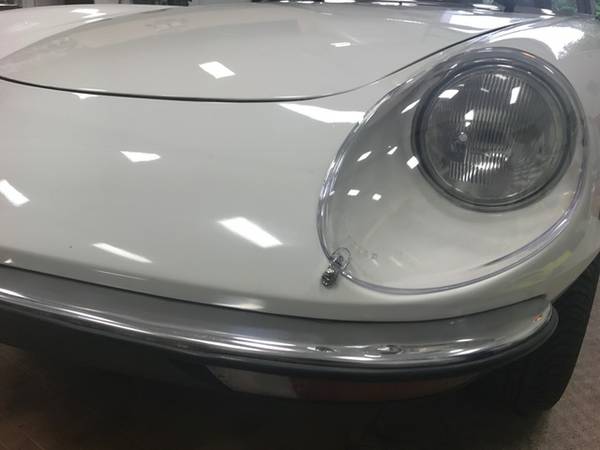 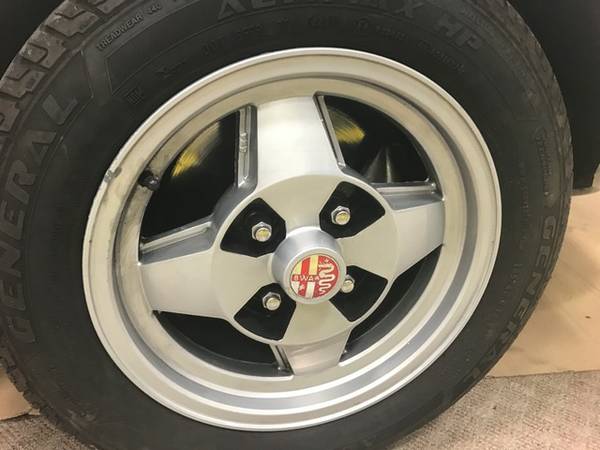