For whatever reason, in the USA market, the modern Corolla is this terrible bottom feeding econobox that makes driving a Matrix look like fun.  Sure, you could get the 2ZZ-GE engine in the 05-06 XRS trim, but to get the really fun stuff, you need to head across the ocean to a former British penal colony known for its deadly flora & fauna.  Find this 2001 Toyota Corolla Sportivo Turbo offered for $5,400 AUD ($4143 USD) in New South Wales, Australia via carsales.com.au. Tip from Michael B. 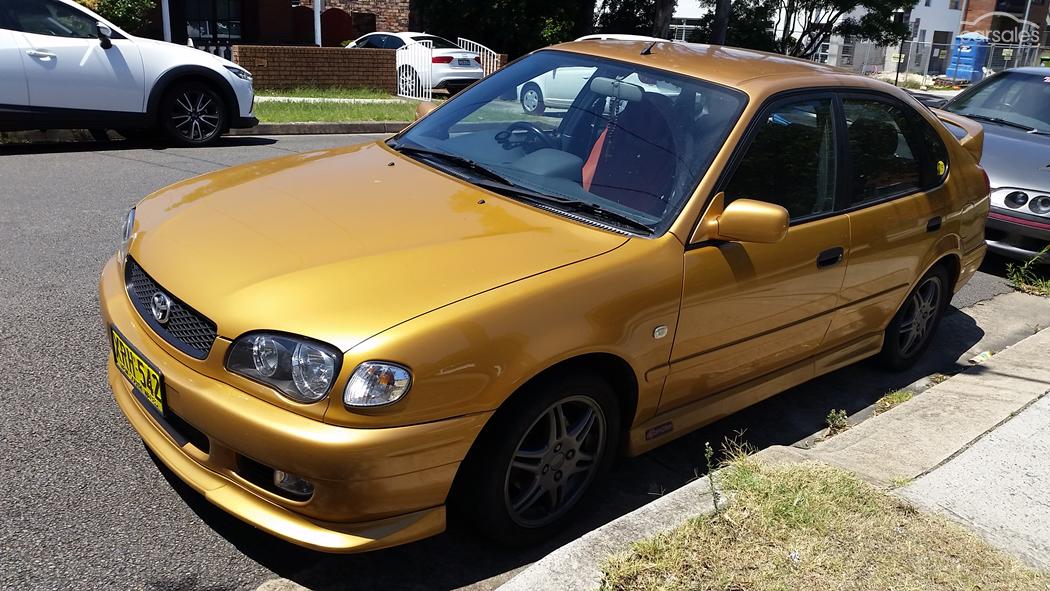 According to the number plate (not attached to the dash, but held in the seller’s hand?) this is number 89 of 110 of the Sportivo examples.  Each started life in Japan as basic Corollas but were factory pimped by an Australian Toyota division — and yes, you can only get them in gold paint. 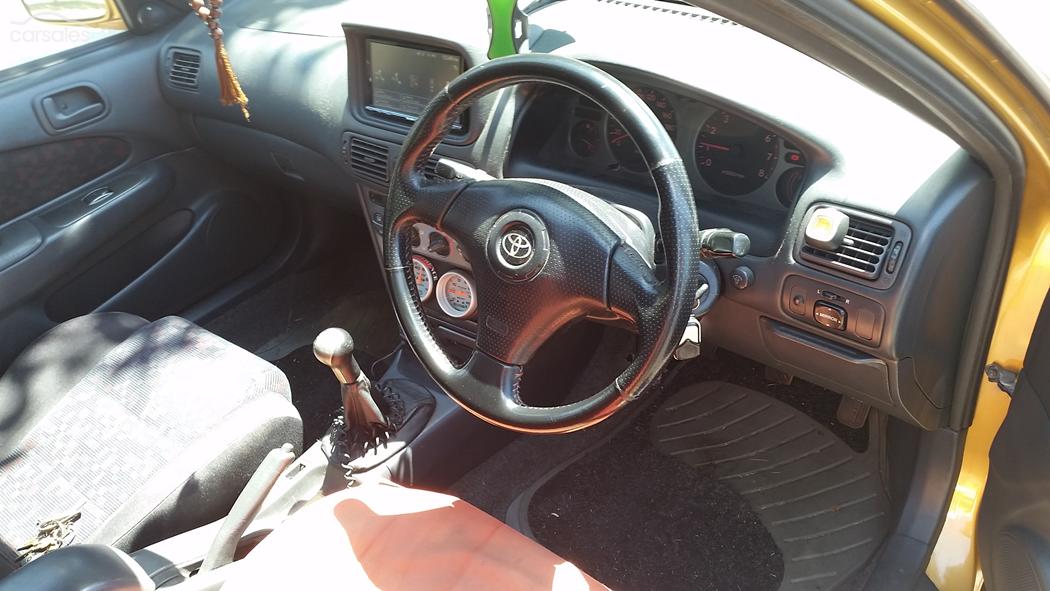 Under the hood is a turbocharged version of the 2ZZ-GE 1.8 liter 4-banger that is good for 189 horsepower. You’d think they could squeeze out more power with the forced induction, because the US spec Matrix XRS made 180 horsepower and Lotus version put out 190 horsepower — both non turbo. 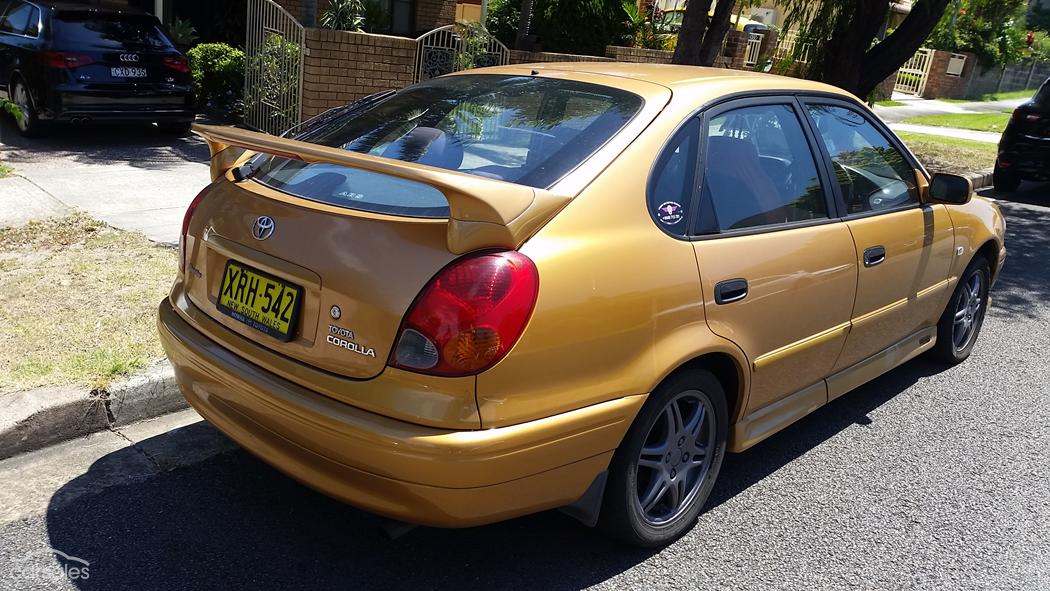